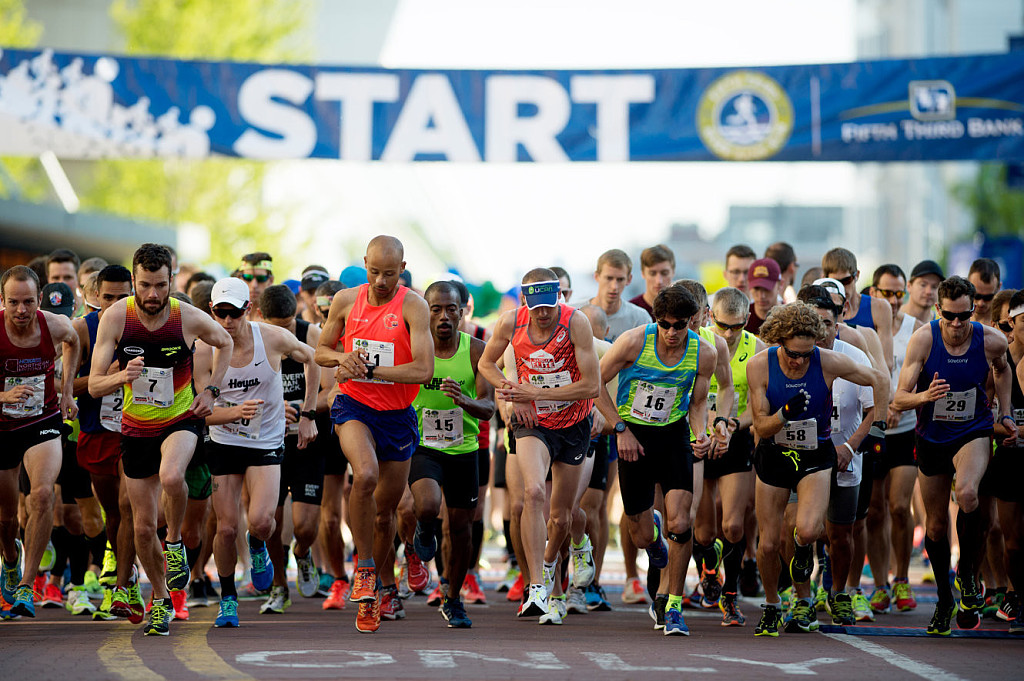 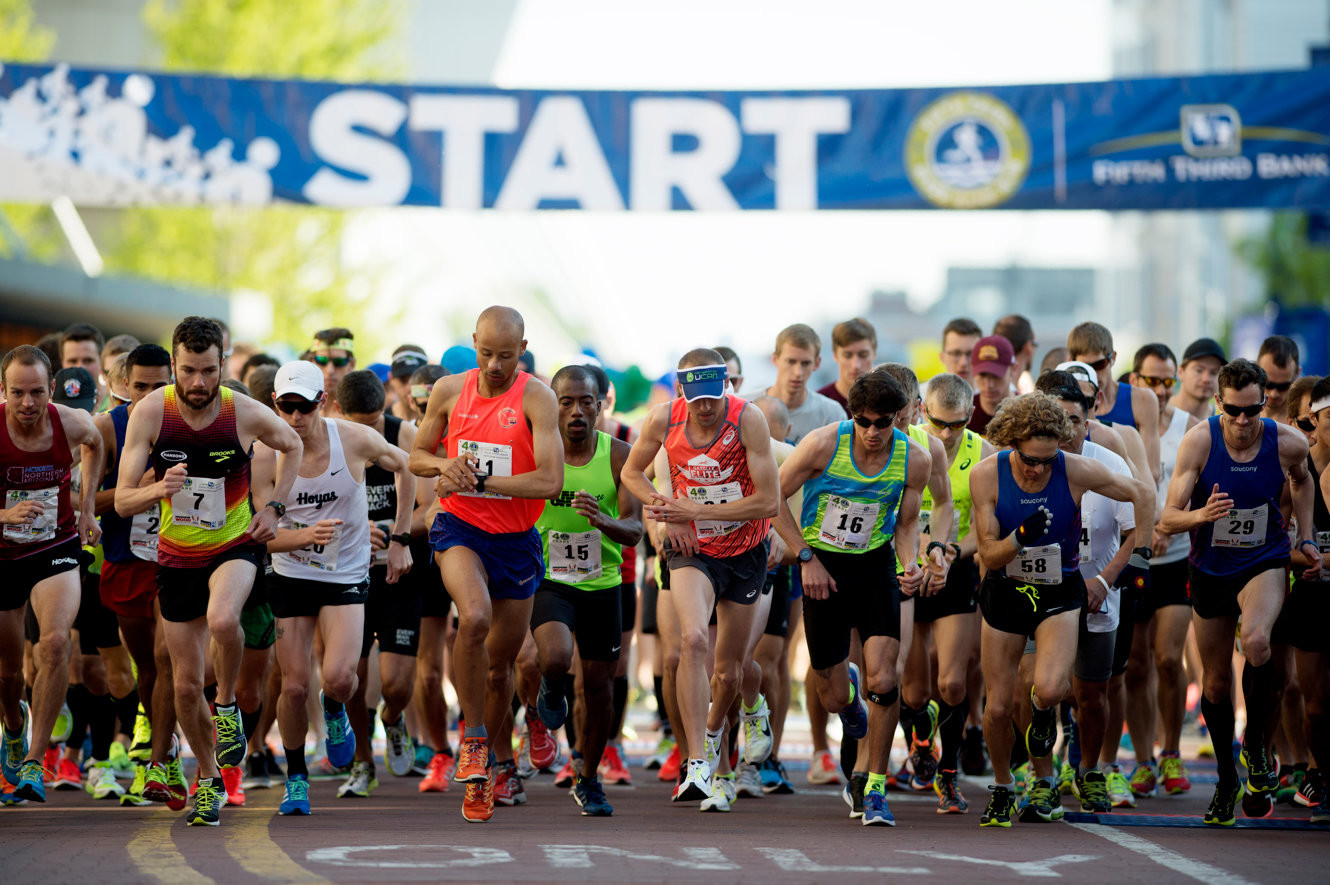 The Fifth Third River Bank Run 25K coming up May 12 in Grand Rapids, Michigan is also the USA 25K Open Championships with prize money of $112,400. Competing again will be two-time champion Aliphine Tuliamuk going after a third win. The 29-year-old from Santa Fe, New Mexico, dominated last year's race clocking 1:24:34. She finished 36 seconds ahead of Neely Gracey to take the $10,000 first prize for the women's event, along with another $2,500 for being the first to cross the finish line in the staggered start "race within the race" against the men.  Greg Meyer, the elite race coordinator, announced Tuesday, "Three notable names are missing on the men's side. Christo Landry, who won in 2016 and was second last year and in 2015, will miss the race due to an Achilles' injury. Likewise, Jared Ward, who won in 2015 and was second in 2016, is out with a hamstring injury. Also, defending champion Dathan Ritzenhein will not be back. He is recovering from an injury suffered just before he was to run the Boston Marathon early last month. Without them, the top returner is Parker Stinson, who finished third last year (1:15:03).  He's a nine-time All American at University of Oregon who most recently was sixth at the 12K U.S. Championships."   Other notable runners include:   Samuel Kosgei, former Kenyan and now U.S. citizen who ran a 2:13 marathon and was fifth at the U.S. Marathon Championships. Tyler McCandless, who finished second at the U.S. Marathon Championships in 2:12, and finished seventh in the 2014 River Bank Run.  Scott Fauble, "My dark horse in this race," Meyer said of the 26-year-old who ran a 2:12.35 in his marathon debut in Frankfurt, Germany last October. Sam Chelanga, Meyer called him "the man to beat" with a 60:37 best in the half marathon and holder of the NCAA 10,000-meter record (27:08). (05/01/2018) ⚡AMP