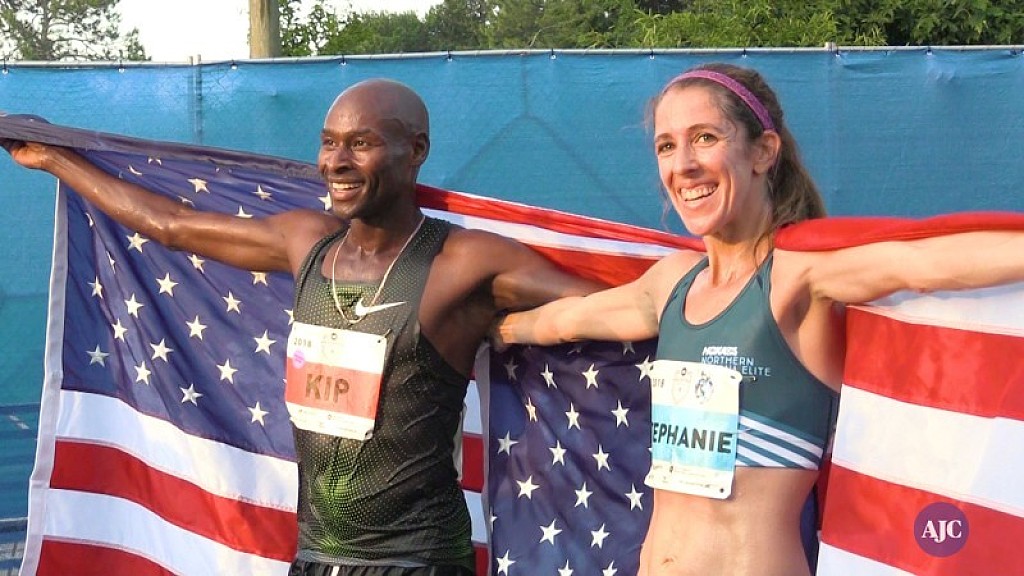 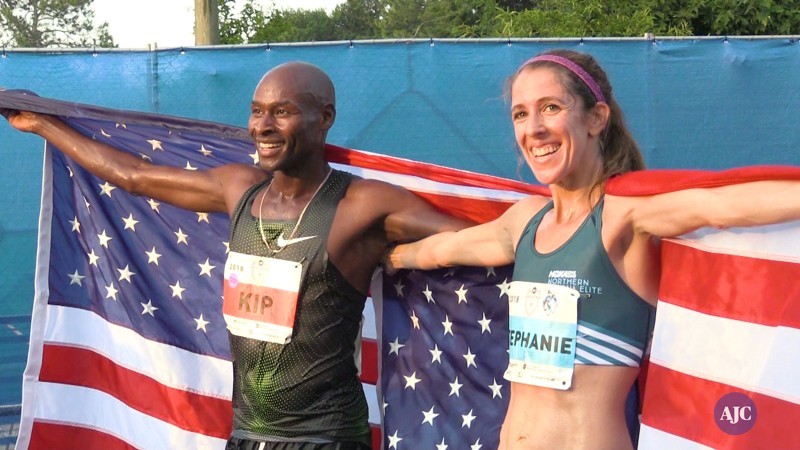 Stephanie Bruce, of Flagstaff, Arizona, won the 2018 Atlanta Journal-Constitution Peachtree Road Race. It was Bruce’s first Peachtree win with a time of 32:21, defeating defending champ Aliphine Tulimuk (32:29). The victory also clinched Bruce the USA Track and Field 10K championship. “It was a long time coming,” Bruce said. “I’ve been trying to win a national title for the last 10 years.” Bruce has two sons, Riley and Hudson. She was diagnosed with celiac disease in 2010, but has battled through the condition as one of the country’s top runners. She won first in the Synchrony Financial Rock ‘n’ Roll Arizona Half Marathon in January. She won second in the Freihofer’s Run for Women 5K on June 2, and third in the USATF Outdoor Championships 10,000 meters in June 21. When she crossed the finish line, Bruce dropped to her knees. “It was relief, it was all the years of putting in hard work,” she said. “It was the heat and humidity Atlanta provided. The crowds were incredible. This really is ‘Running City USA.’” (07/04/2018) ⚡AMP