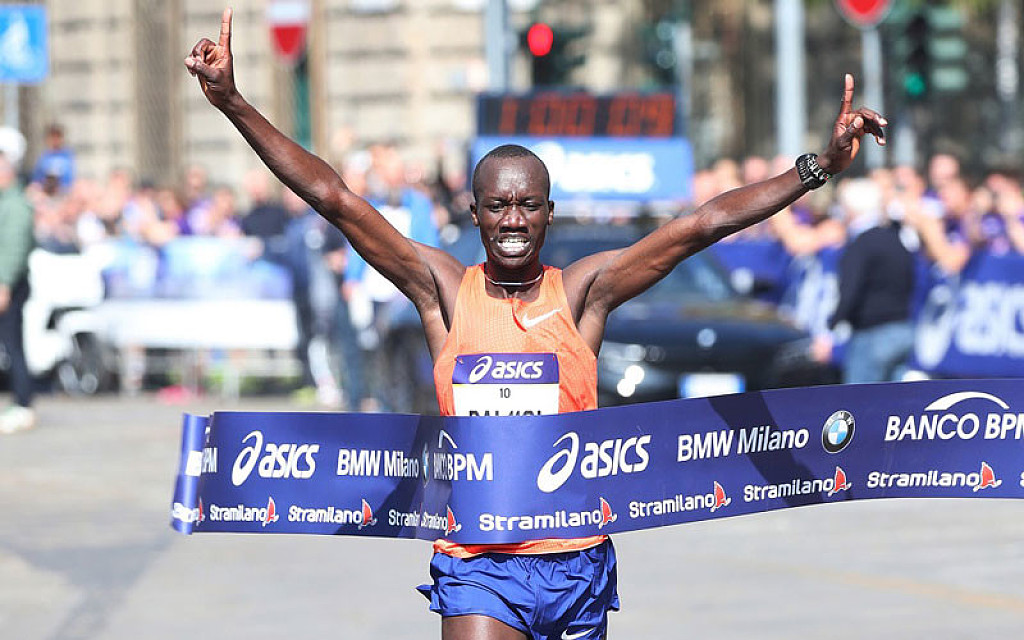 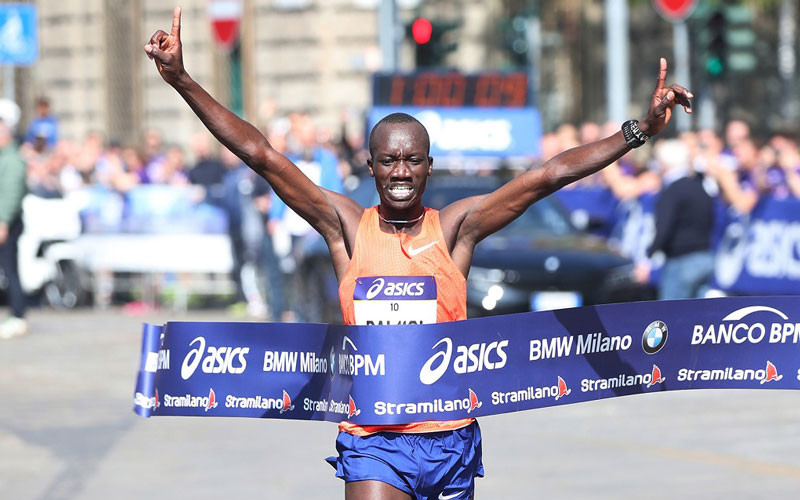 Held in warm weather conditions with a temperature of 22C, Jeptoo returned from a two-year maternity break to win the women’s race in 1:08:26.

Rerimoi, meanwhile, was a surprising winner of the men’s race in 1:00:10, beating steeplechase specialist Jairus Birech, who finished runner-up in 1:00:32 on his debut at the distance. 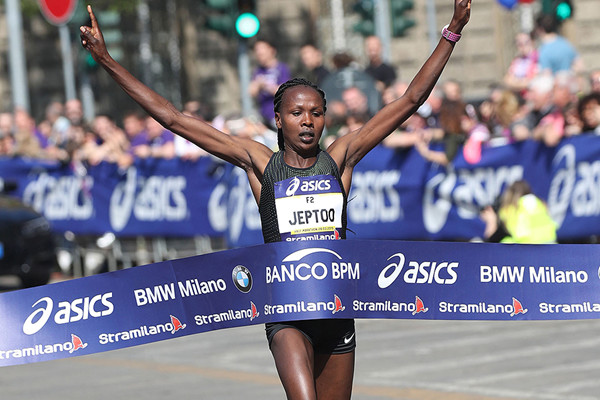 Jeptoo and Ethiopia’s Meseret Meleka took an early lead in the women’s race, covering the first five kilometres in 16:10 and 10 kilometres in 32:16. Kenya’s Lucy Murigi Wambui, twice world mountain champion and Stramilano winner in 2014, was in third place at that point with 33:07.

Jeptoo, the 2011 world and 2012 Olympic silver medallist, pulled away from Meleka after the half-way point and went through 15 kilometres in 48:27. The 2013 London and New York City marathon champion stepped up her pace in the final six kilometres and romped home in 1:08:26 in Piazza Castello in the centre of Milan. Meleka finished second in 1:10:39, ahead of Wambui (1:11:47). 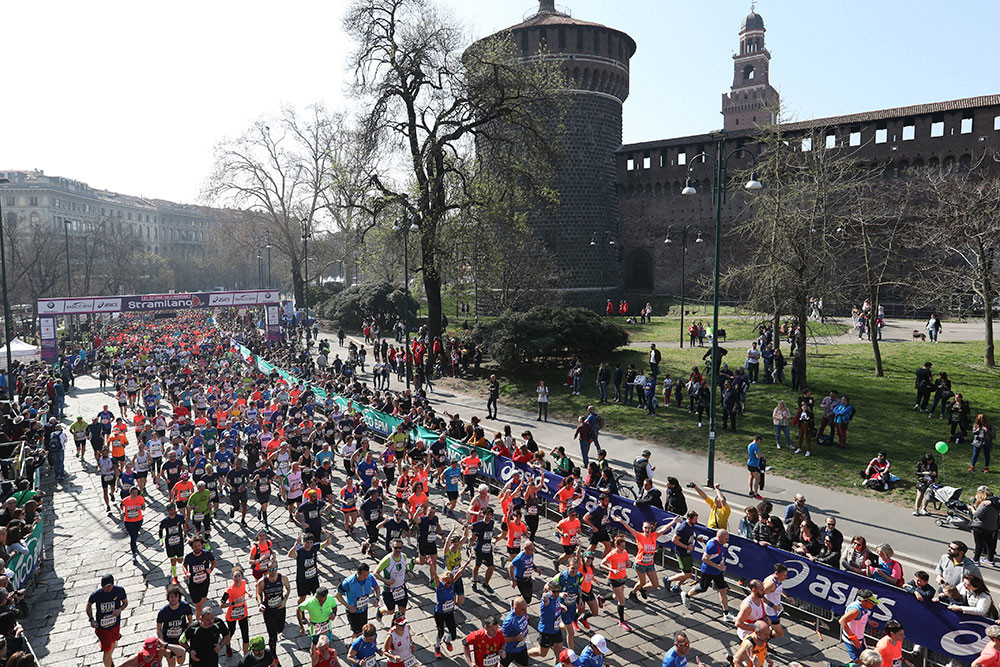 “I have dedicated the past two years to my family and I did not compete due to maternity leave,” she said. “I am happy with my come-back. Last week I fell during training and I was not in my top shape. I will run a half marathon in Gothenburg in May and possibly a marathon in the autumn.”

Birech, a two-time Diamond League champion in the steeplechase, had a five-second lead over Rerimoi at 10 kilometres, reached in 28:14. His lead grew to 17 seconds at 15 kilometres, which he passed in 42:32.

Rerimoi came from behind in the closing stages and overtook Birech at 18 kilometres. He crossed the finish line in 1:00:10, smashing his previous of 1:01:19 set last year in Japan, where he lives and trains. 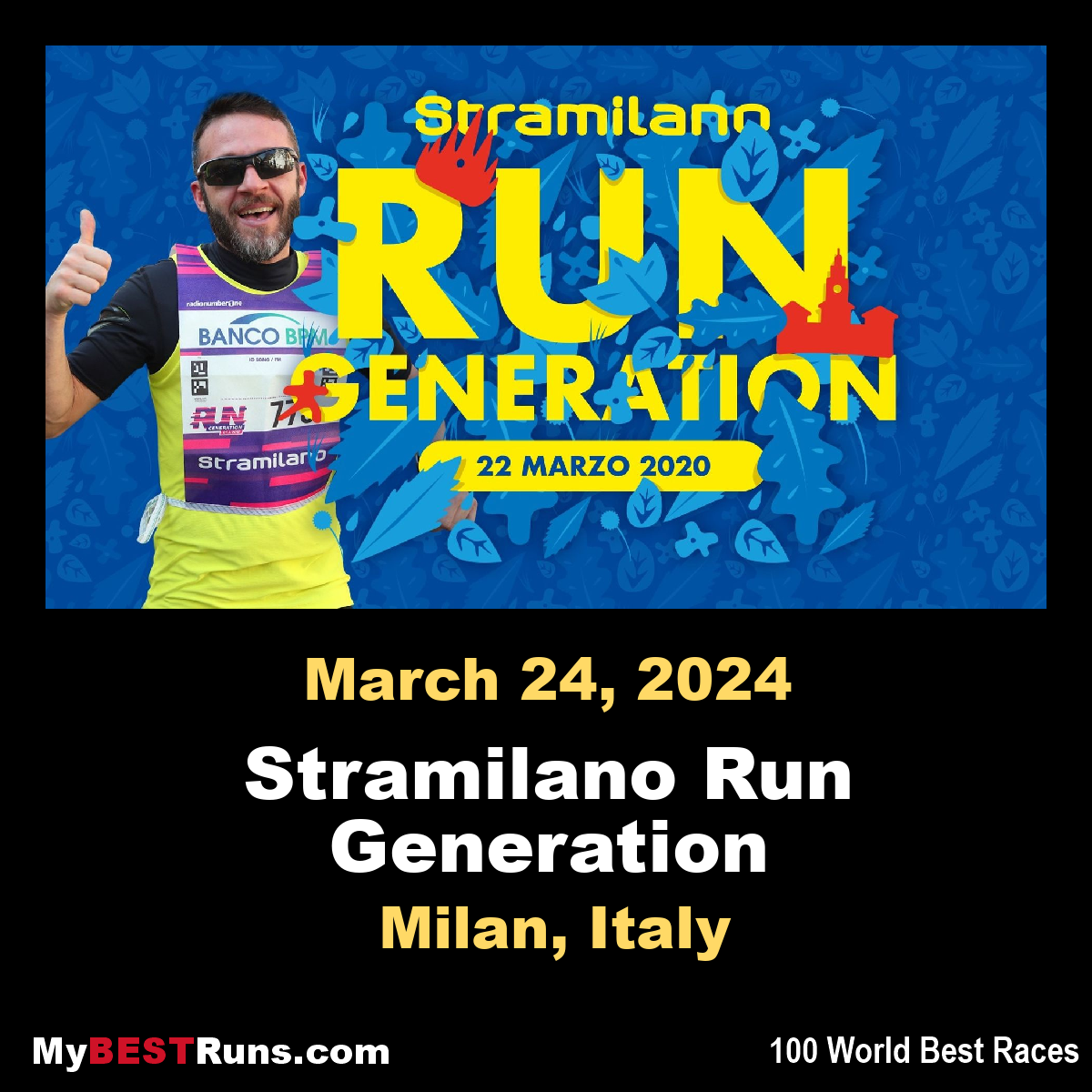 The 2020 events were cancelled due to the Coronavirus. All ages, all genres and all preparations’ levels: Stramilano is everyone’s race, the race for whom love sport and want to live unforgettable moments. Both if you’ve been preparing with months of traning or you just want to walk through Milano’s streets, you’re all a part of the big sports people...