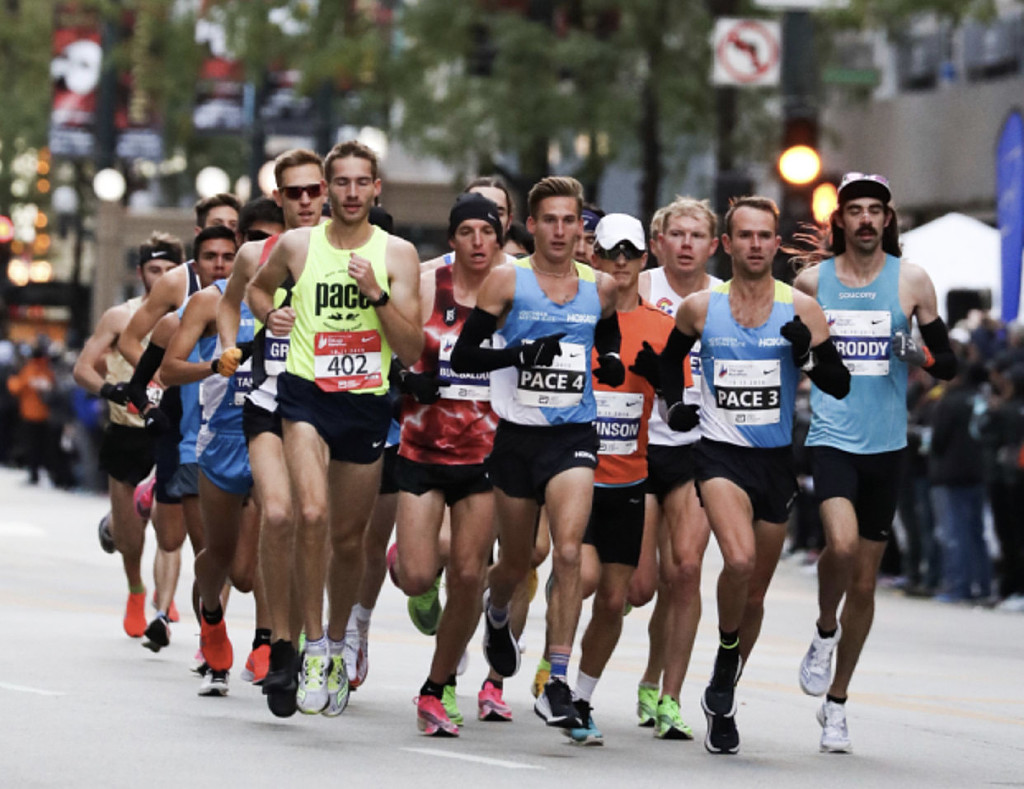 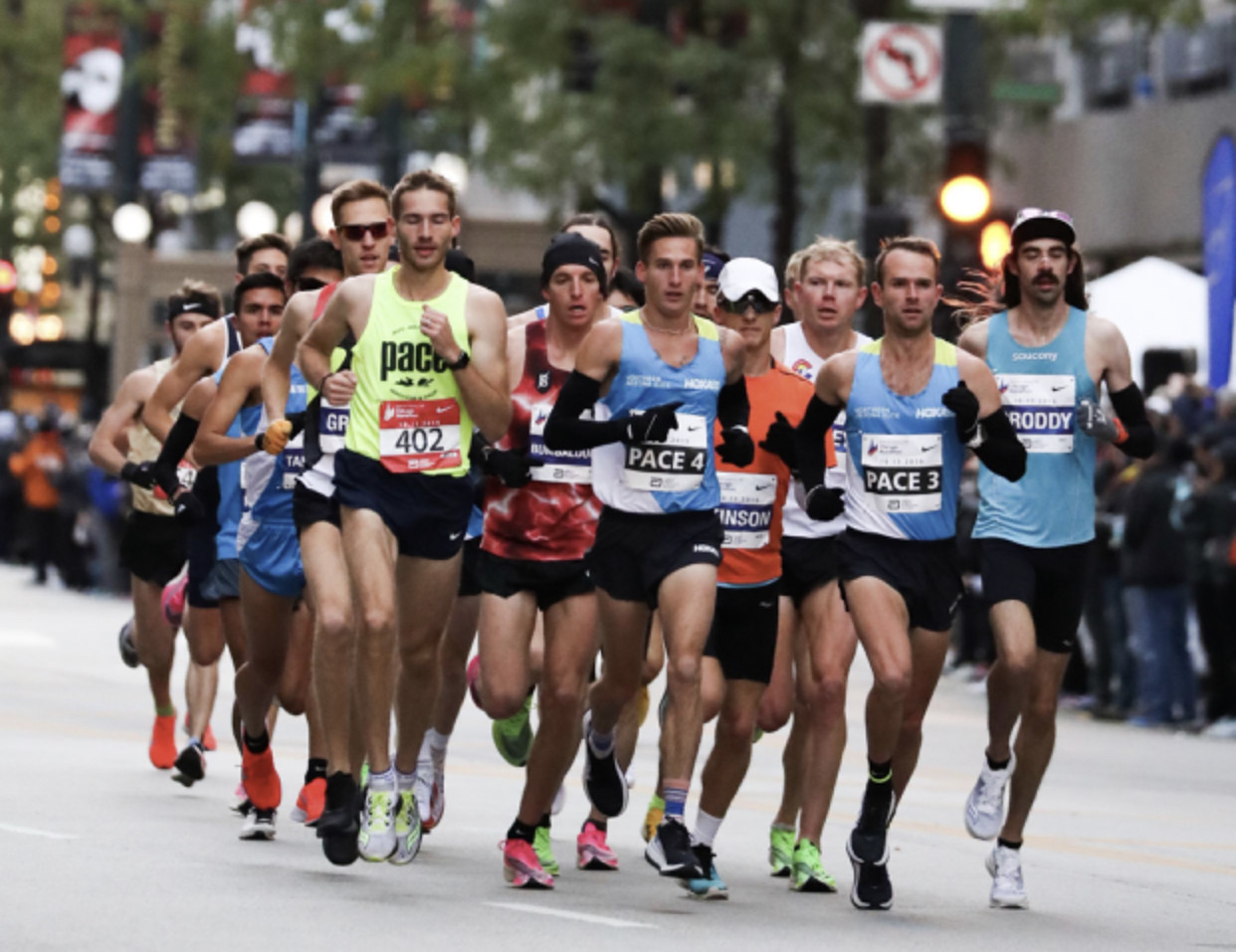 It was a good day for American men at the Chicago Marathon as the top four ran under 2:11

The Chicago Marathon may not have gone well for 2017 champion and Olympic bronze medalist Galen Rupp, who dropped out just before the 23-mile mark. (He had been nursing a calf strain since mile  six and just could not handle the pain any longer.) But for many of the other American pro men, the cool temperatures, boisterous crowds, and fast course brought breakthroughs.

Four U.S. men ran under 2:11, six placed in the top 15, and many others set significant personal bests. 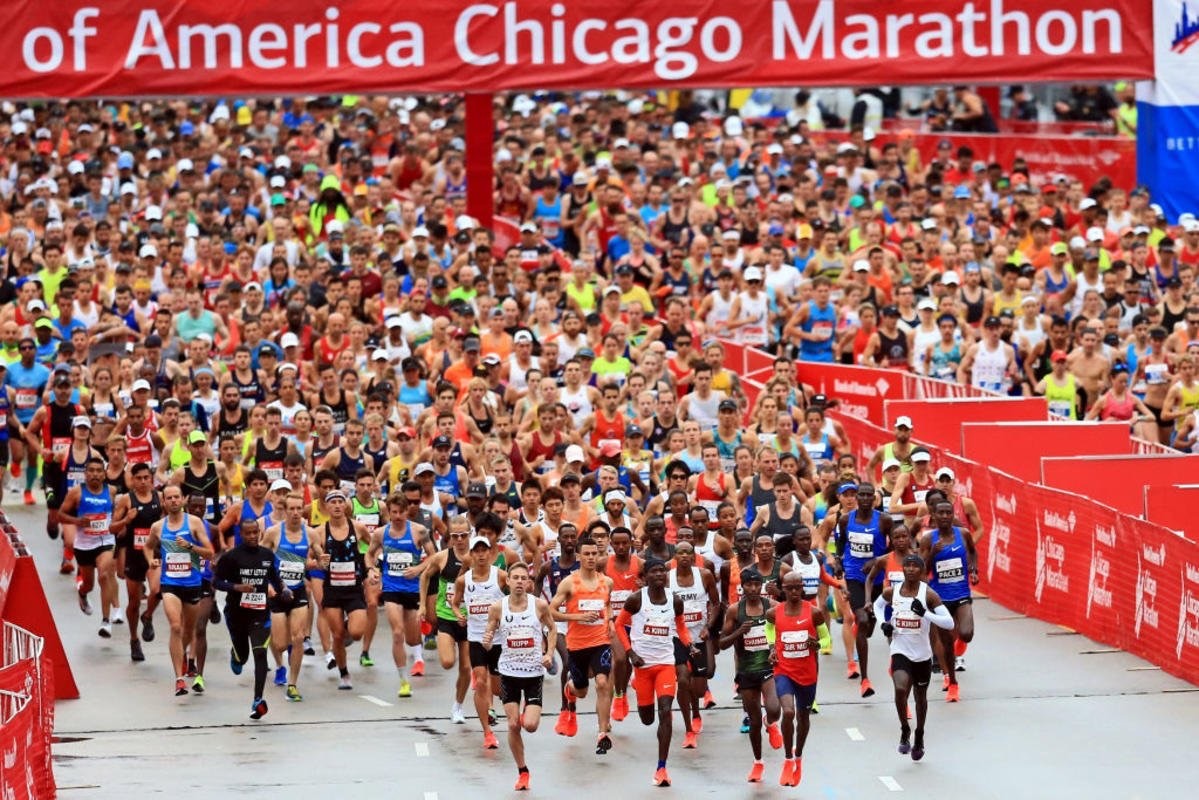 Working together in a pack, a group of more than a dozen stuck together through about the 35K mark, trading off leading duties because of the wind.

They didn’t coordinate beforehand, exactly, but they shared a goal: “We were all interested in having a good American day,” said top U.S. finisher Jacob Riley, 31, who finished ninth in 2:10:36.

But he hasn’t toed a marathon starting line since. In fact, he’s undergone a near complete life upheaval. He left Michigan and the Hansons-Brooks Distance Project to move to Boulder, Colorado, where he now trains under coach Lee Troop. In 2018, he underwent Achilles surgery due to a condition called Haglund’s deformity—the same one that affected Rupp.

Amidst all the challenge, he said, he definitely contemplated quitting. “At the same time, running has been kind of the constant in my life since I was in high school,” he said. “The idea of having all this other change and then not doing that as well was scary and just not worth it.

After a slow, steady, return to running—he recalls Troop assigning him segments of one-minute jogs with nine-minute walk breaks—Riley raced again at the Boulder Boulder 10K in May, where he ran 31:20 and placed 25th. On Sept. 2, he ran 1:10:59 for 15th place at the USATF 20K Championships, which “felt terrible.”

“This is the first race where I've actually felt like the old me beforehand—or actually a better me, because I have two good Achilles now,” he said.

In his debut at the distance, 24-year-old Jerrell Mock ran 2:10:37 to place ninth, and second American. An All-American at Colorado State, Mock finished just out of contention to make the 10K final at the 2018 NCAA Outdoor Championships. Though he graduated last year, he still lives and trains in Fort Collins, Colorado, and is coached by CSU’s Art Siemers.

This year, he ran 1:02:15 to place 13th—and third American—in his first half marathon, in Houston. His 59:43, ninth-place finish at the USATF 20K Championships last month gave him confidence lining up in Chicago.

Still, he didn’t know quite what to expect in the marathon, given the “horror stories” he’d heard about the later miles. “I was just waiting to get to that moment of darkness,” he said. But it never came. “The mile splits just stayed right on. And so when we got to 20, I was like—‘Man, I think, I think I might've gotten away with it.”

Both Riley and Mock are unsponsored and wore ZoomX Vaporfly Next% shoes during the race. “I bought into the hype,” Riley said, though he noted he’s open to experimentation if any sponsors should come calling. Mock expressed similar sentiments: “There’s a lot of companies that are coming out with the same kind of idea now,” he said. “I’d be interested to try some of those too.”

Parker Stinson, meanwhile, runs in Saucony—making him one of the few elites in the field not to sport bright pink on their feet. He denied that puts him at a disadvantage, noting that he broke the American record in the 25K—the 1:13:48 he ran in May’s River Bank Run—in the brand.