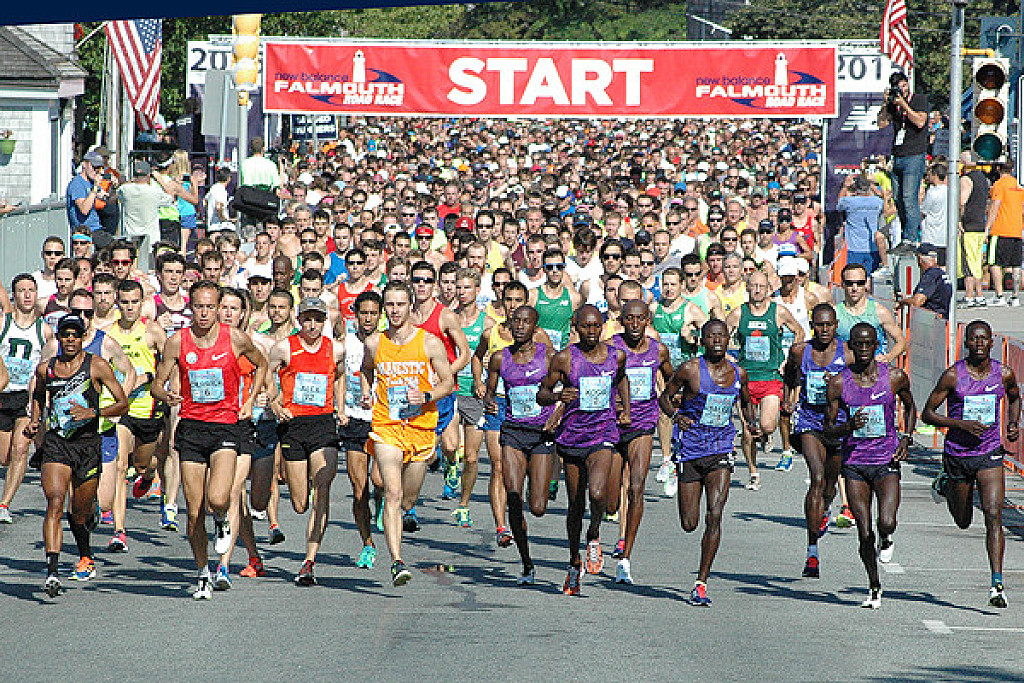 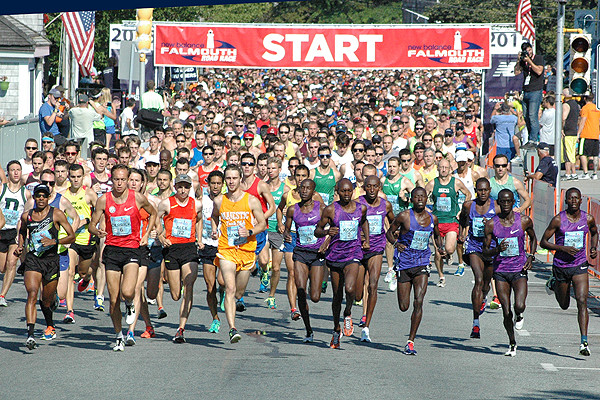 The last four years the New Balance Falmouth Road Race has been won by Stephen Sambu. The  30-year-old Kenyan is coming back in quest of a fifth-consecutive victory, organizers anonounced today. Seeking to make some history of her own will be Caroline Chepkoech, who last year became the first woman to defend her Falmouth title since fellow Kenyan Lornah Kiplagat won three straight from 2000-2002. Not only is the 24-year-old Chepkoech hoping to win her third straight, but she is also aiming to break Kiplagat’s 18-year-old course record of 35:02. In the men’s race, Sambu will face a stiff challenge from a pair of U.S. Olympians, Leonard Korir and Lopez Lomong.  Korir, a 2016 Olympian at 10,000 meters and an eight-time U.S. champion on the roads and cross country, was runner-up to Sambu here in both 2016 and 2017; last year, the finish was so close that both men were given the same time. Lomong, a two-time Olympian and one of the “Lost Boys of Sudan,” was the U.S. flagbearer in 2008 and recently won the U.S. 10,000-meter title, becoming the only American man in history to win national titles at both 1500 meters and 10,000 meters on the track. He will be making his Falmouth debut. Among the other top Americans are Haron Lagat, runner-up in the USA 10 km Championships on July 4; Christo Landry, a six-time national champion on the roads; Scott Fauble, fourth at 10,000 meters in the 2016 Olympic Trials; and Martin Hehir, fifth this year at the USA Cross Country Championships and third in the USA 15 km Championships. (08/08/2018) ⚡AMP