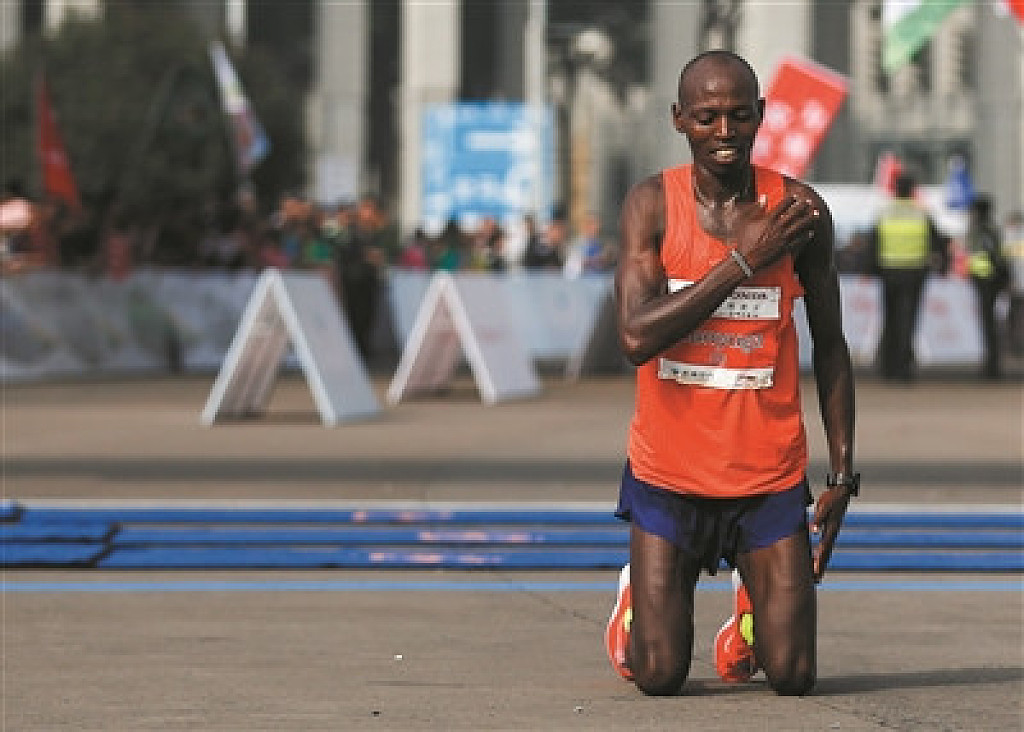 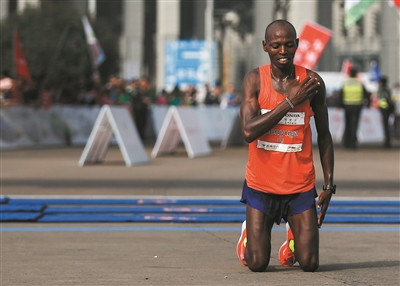 He upset a quality field to clock 2:10:37, just four seconds shy of the course record set by Azmeraw Bekele of Ethiopia last year. Running under cool and wet conditions, a crowded leading group paced the race in the early stages. When they hit the 30-kilometer mark in 1:33:03, the leaders were cut to only 10 men. After another three kilometers, Kenya’s Douglass Kimeli first pulled away but was soon caught up by Kunyuga. After a five-kilometre see-saw battle between Kimeli and Kunyuga, the latter finally pulled clear after 38 kilometers. The 31-year-old was well on track to assault on the course record when he passed 39 kilometers in 2:00:53. But it seemed his target was only on the victory, as Kunyuga slowed down in front of the finish line, waving hands to celebrate his win instead of pushing ahead. Kunyuga’s winning mark is 21 seconds slower than his career best time set from his second-place finish in Hannover seven months ago. But it’s already the third title claimed by the efficient Kenyan, who debuted over the classic distance just last year and was competing in his fourth ever international road race. (11/05/2018) ⚡AMP