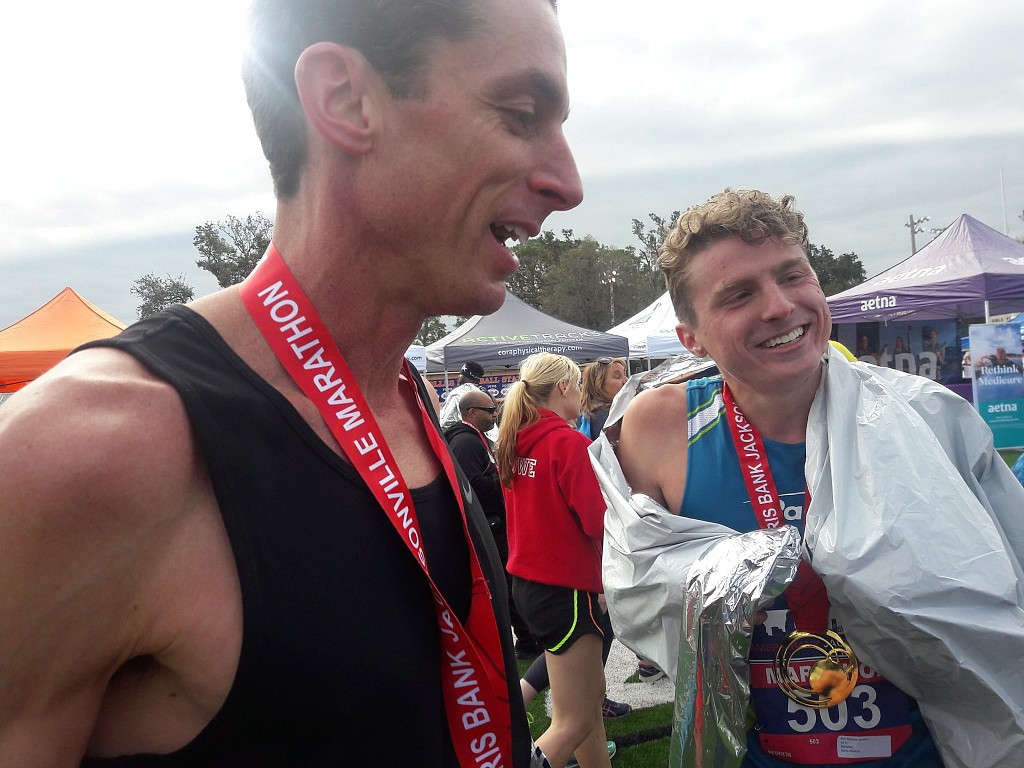 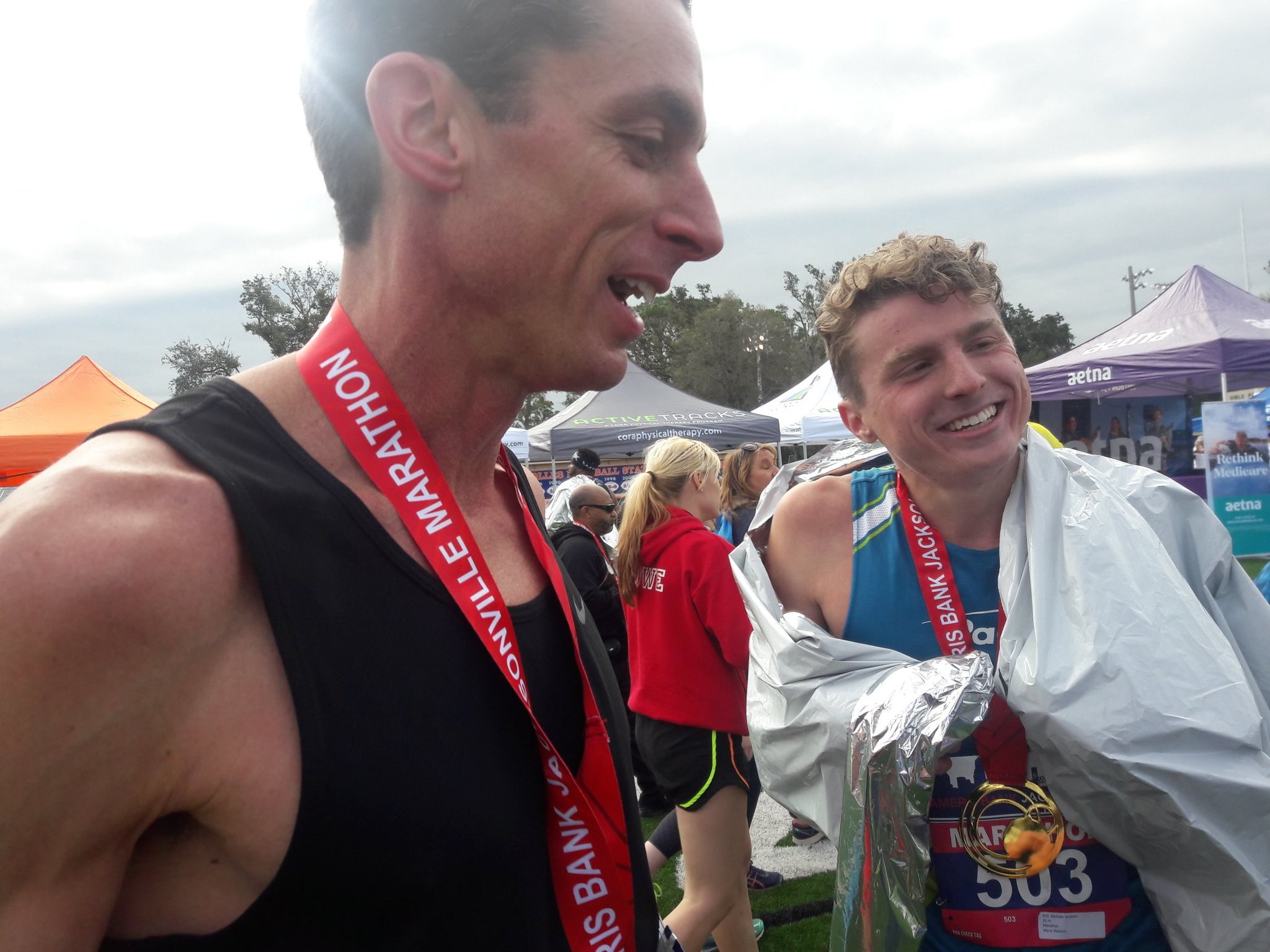 Mick Iacofano from Median, Ohio won the Jacksonville Marathon on Saturday in 2:18:39. The 23-year-old won his first attempt in near course-record time at the 35th annual Ameris Bank Marathon with his father joining him for a rare two-generation top-10 finish. “I started feeling really good and confident about my time coming into this week,” said Iacofano, whose time was just four minutes off Jerry Lawson’s course record of 2:14:33 from 1992. Michael Iacofano, Mick's father placed 7th. (12/17/2017) ⚡AMP