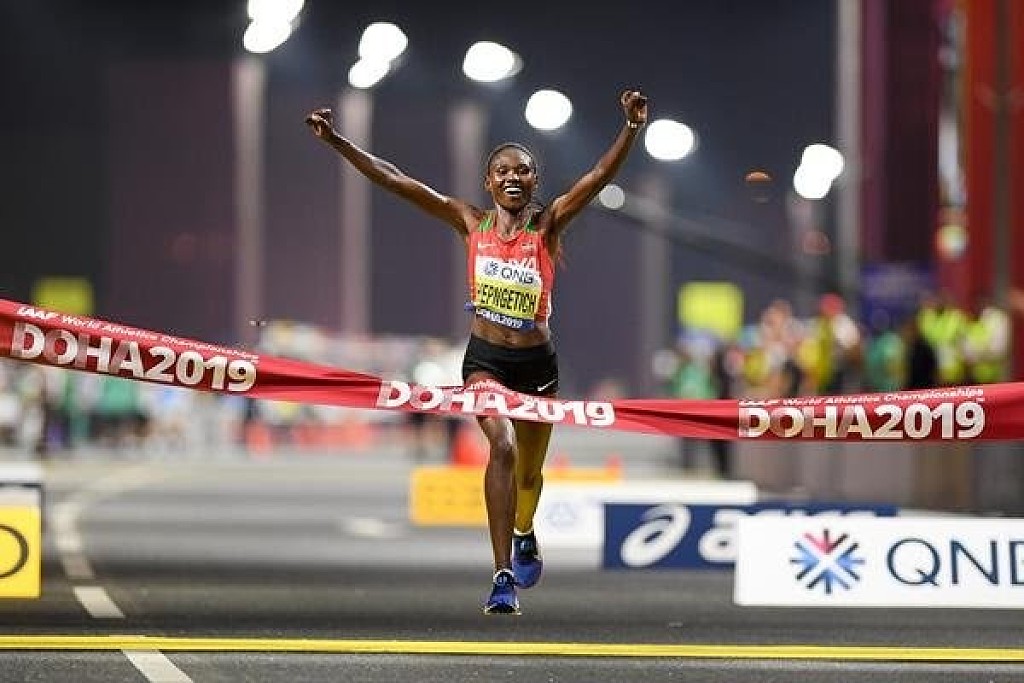 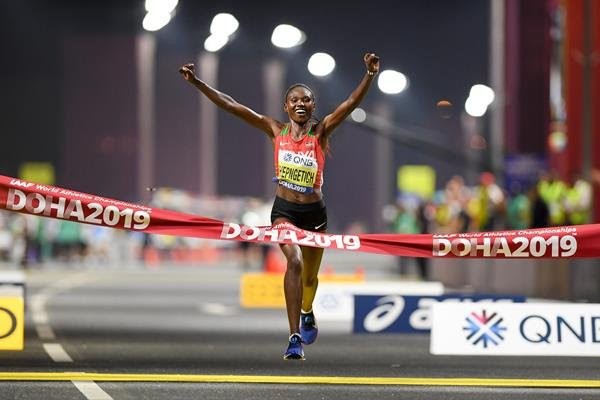 It was also the first gold to be won at the IAAF World Athletics Championships Doha 2019.

The 25-year-old became the third fastest ever in the women’s lists in winning the Dubai Marathon in January in 2:17:08, but on this occasion the challenge was about endurance rather than speed as the race began in temperatures officially estimated at between 30 and 32.7 Centigrade, and humidity of 73 per cent. 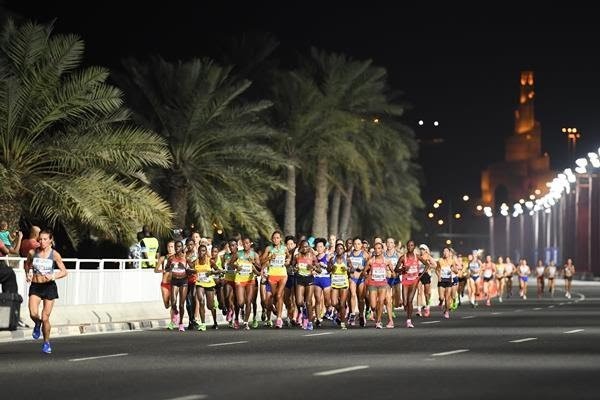 At the age of 39 - she turns 40 on November 15 – Kenya’s 2011 and 2013 world champion, and 2017 silver medallist Edna Kiplagat missed out on another medal by one agonising place having tracked the lead for the bulk of the race.

Volha Mazuronak of Belarus, the European champion who survived a massive nosebleed to win in Berlin, hung onto fourth place after a long solo run, clocking 2:36:21. 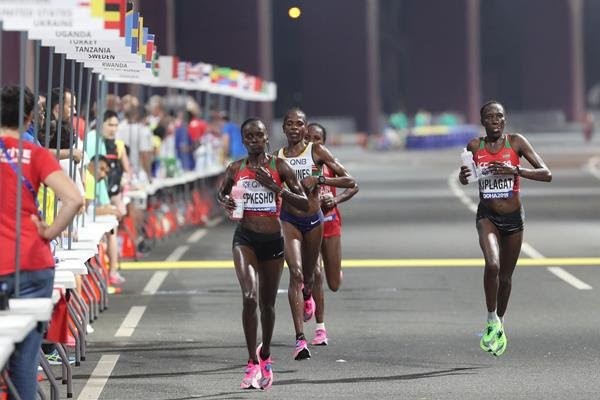 Forty-one-year old Roberta Groner of the United States claimed sixth place in 2:38:44, one place ahead of Japan's Mizuki Tanimoto.

On an unpredictable occasion which saw 23 of the 68 starters fail to finish, the biggest surprise was the fact that all three Ethiopian runners dropped out before the race got past halfway.

And the third Ethiopian selected, Shure Demise, has run 2:21:05 this season.

She ran gallantly in fifth place for much of the race, closing a minute’s gap on the lead group, only to see them accelerate away. She pulled out between the 31st and 32nd kilometres.

Chelimo’s silver was a surprise given her relatively poor record this year.

Amidst good numbers of spectators lining the barriers, Chepngetich made an early effort to break away but was hauled back into the main group.

Any thought that she might have misjudged her effort was dismissed, however, she made a second, decisive break as she entered the last of the seven scheduled laps and was never headed.

Asked about the conditions, she responded: “It was not bad for me!”

And on the subject of whether she could win at next year’s Tokyo Olympics, she added: “I will try my best.”