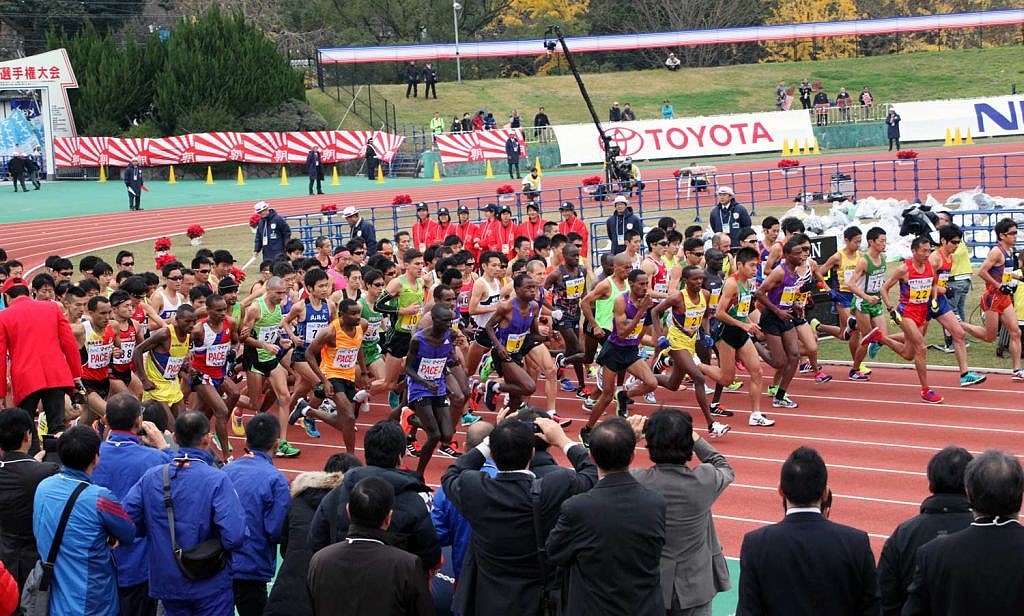 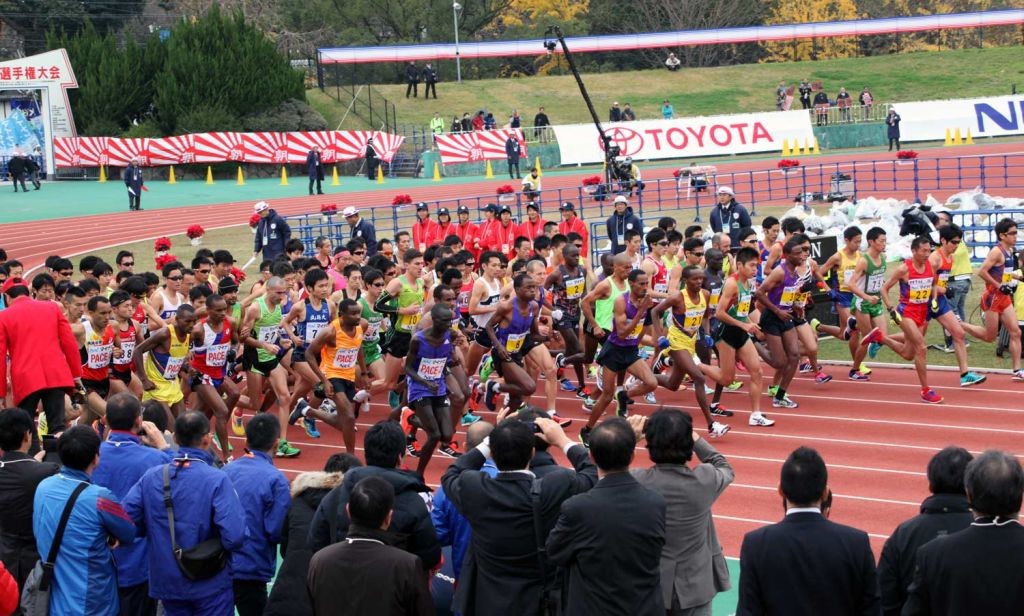 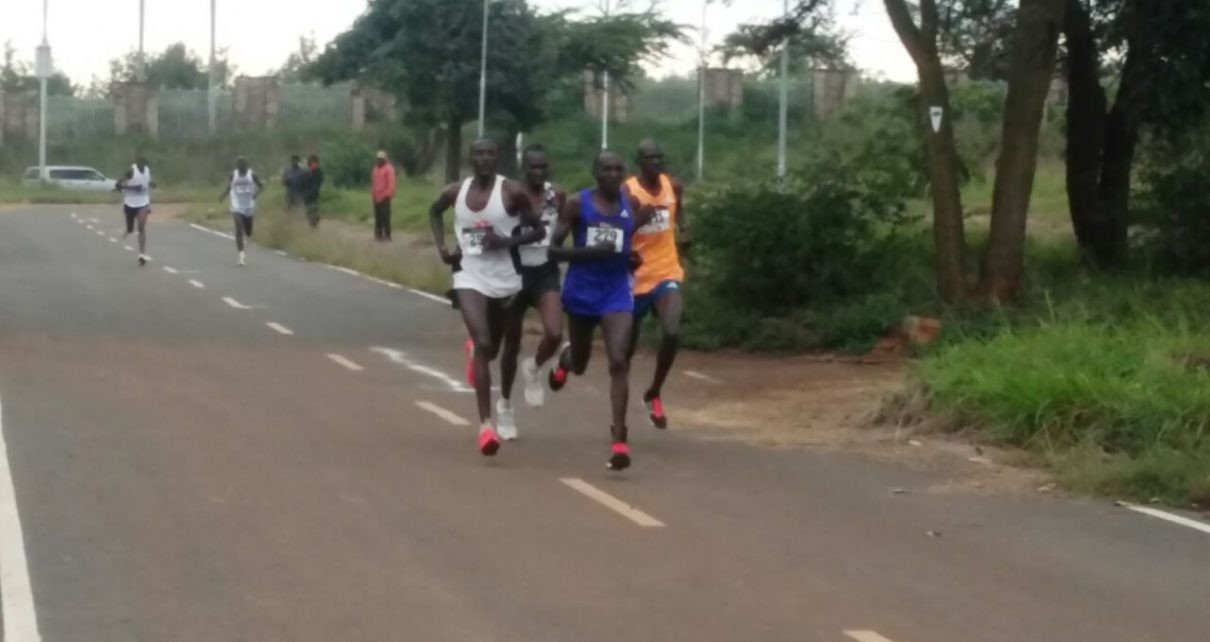 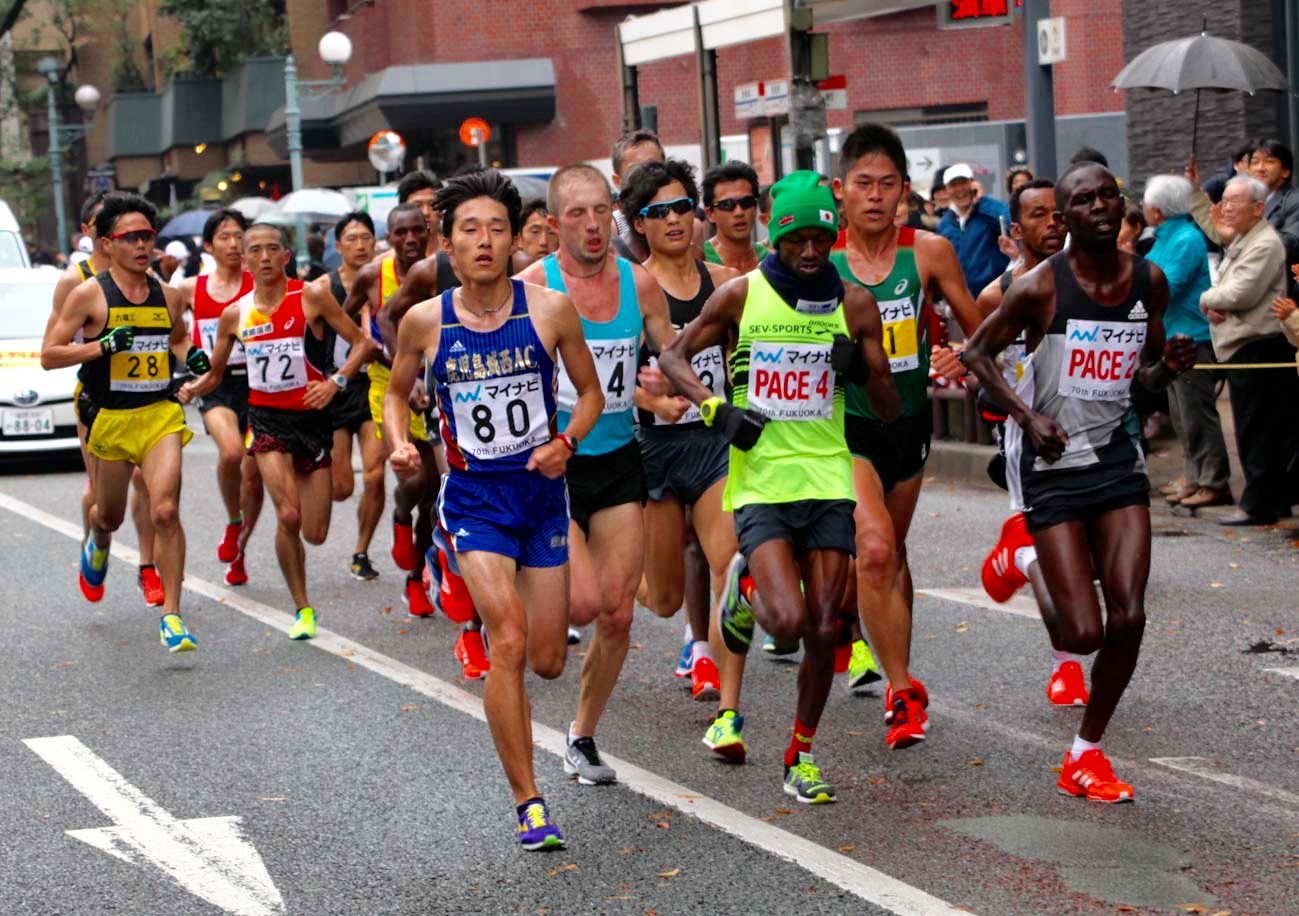 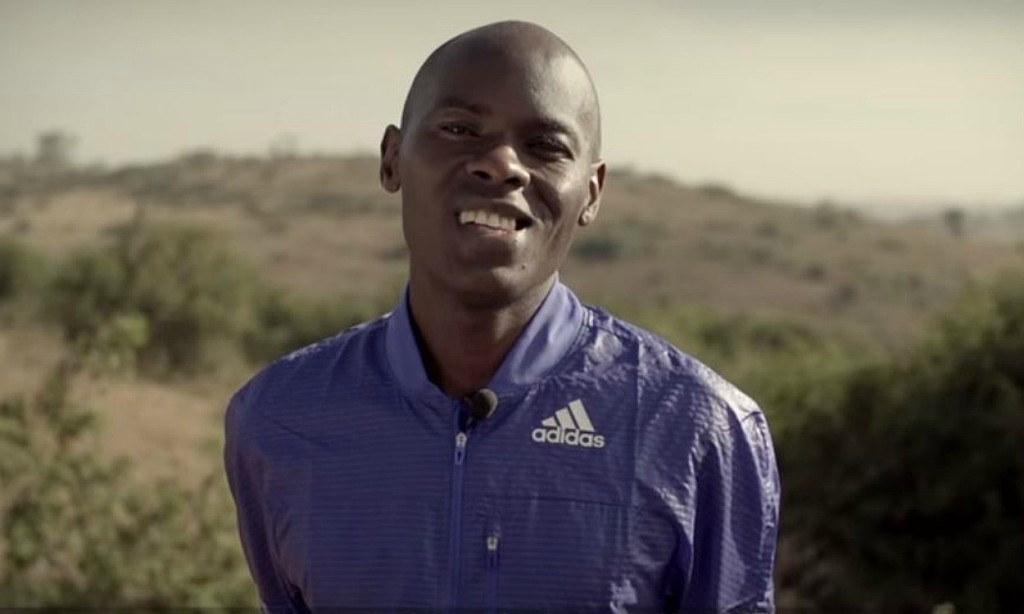 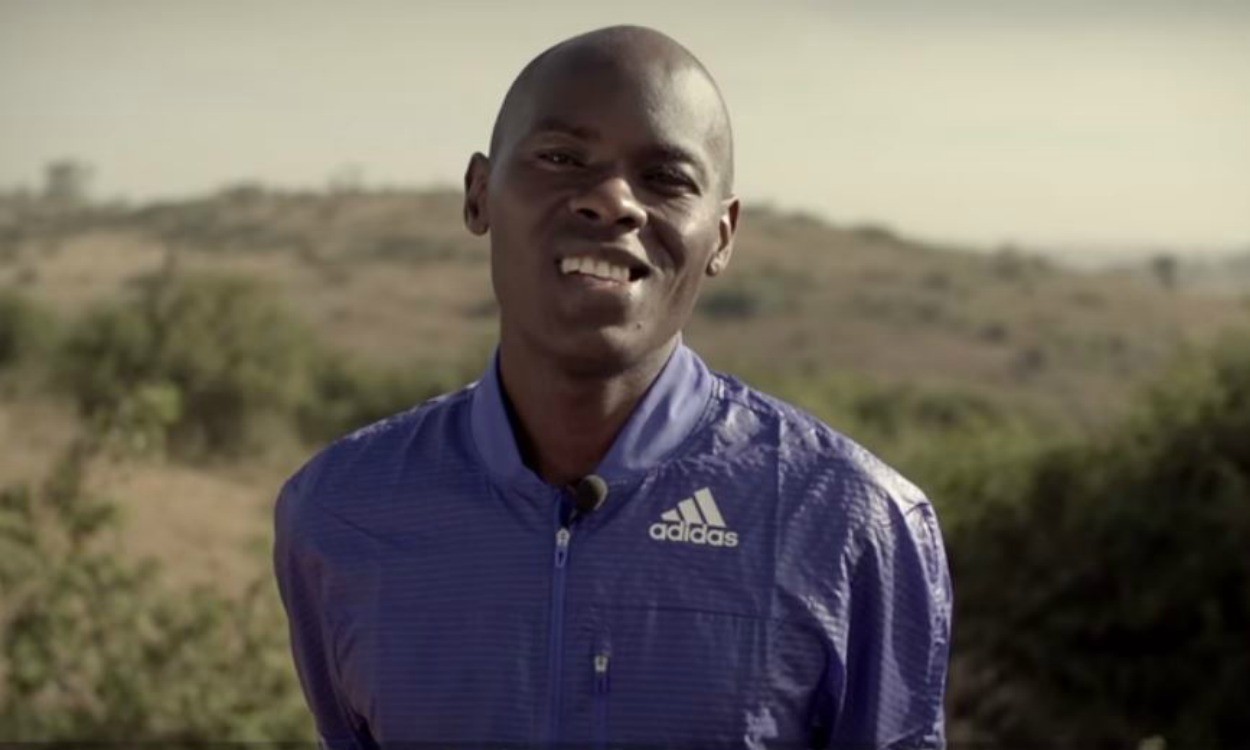 Head coach Patrick Makau is confident that his team for the World Half Marathon Championships due Saturday in Gdynia, Poland will win both the team and individual titles.

Makau, who won silver medals at the 2007 Udine and 2008 Rio de Janeiro editions, said he is aware of stiff competition and the adverse weather that awaits them in Poland. 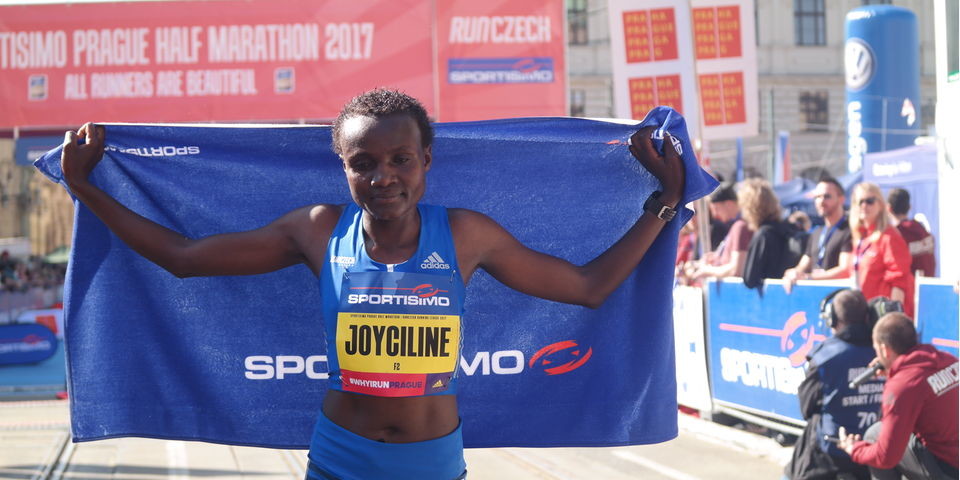 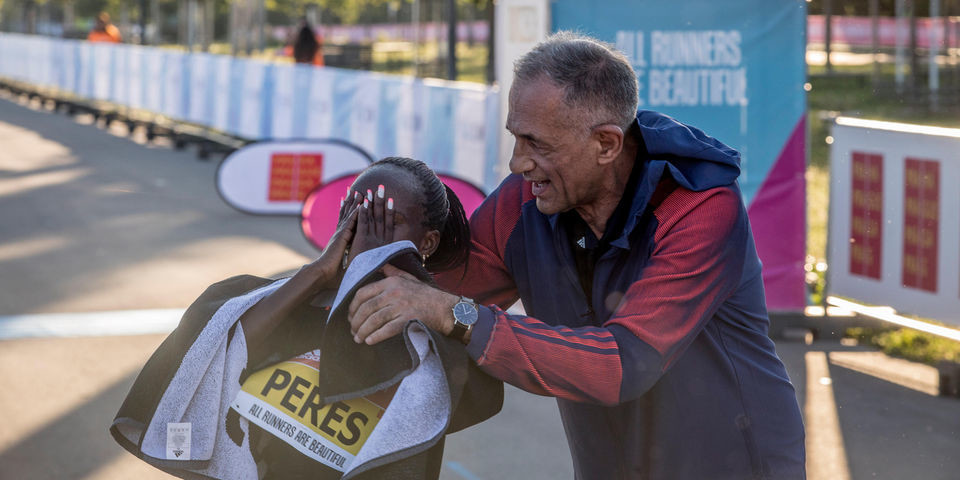 Makau, a former world marathon record holder, indicated that the women’s team is the finest ever with on form 2016 world half champion Peres Jepchirchir back in the team and Joycilline Jepkosgei out to make amends after settling for silver in Valencia 2018.

“This is a strong team and I can tell you the athletes are focused on the task ahead. They are determined to deliver,” said Makau.

Kamworor sealed his third consecutive title when he won in Valencia in 2018 in 1:00:02 as compatriots Barsaton, Barselius Kipyego and Jorum Okombo finished 12th, 15th and 18th. Alex Oloitiptip failed to finish the race.

Jepkosgei and Pauline Kaveke failed the test, settling for silver and bronze in Valencia as Netsanet Gudeta claimed victory not only in championship record but also in women’s only world record time of 1:06:11.

Kenya would also lose the team titles to Ethiopia.

“Kandie posted a world lead in half marathon with victory in 58:38 in Prague, Czech in September. This goes without saying that he will be the man to watch. We shall really bank on Barsaton’s experience,” Makau said adding that Bernard Kipkorir (59:07), Bernard Kimeli (59:07) and Morris Munene (59:22) also look strong by virtue of having good times.

Makau noted that even though the women’s team will be under pressure to deliver with the defending champion coming from Ethiopia, having Jepchirchir, who is fresh from setting a new women’s only world record in Prague with a time of 1:05:34, is a major boost.

“Peres is back and looks stronger after maternity leave and is eager to reclaim her title. One can easily see the hunger in Joyciline that she is ready to upgrade her silver to something better this time around,” said Makau. “They are ready to neutralise the weather and any challenge posed.” 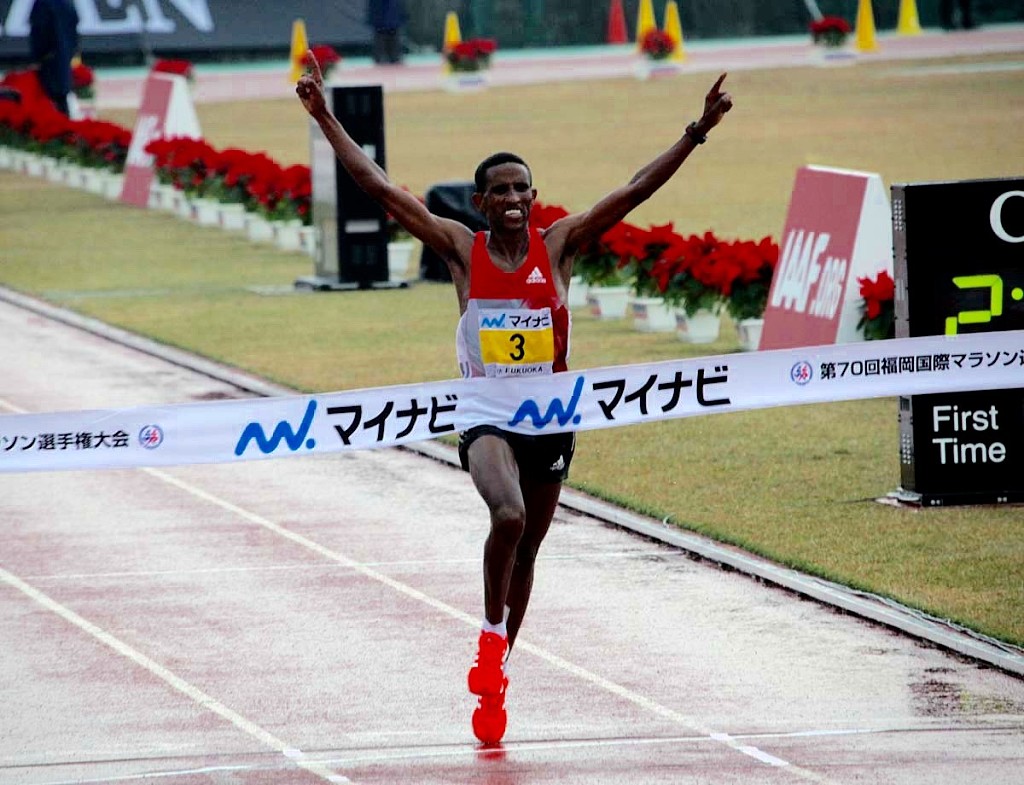 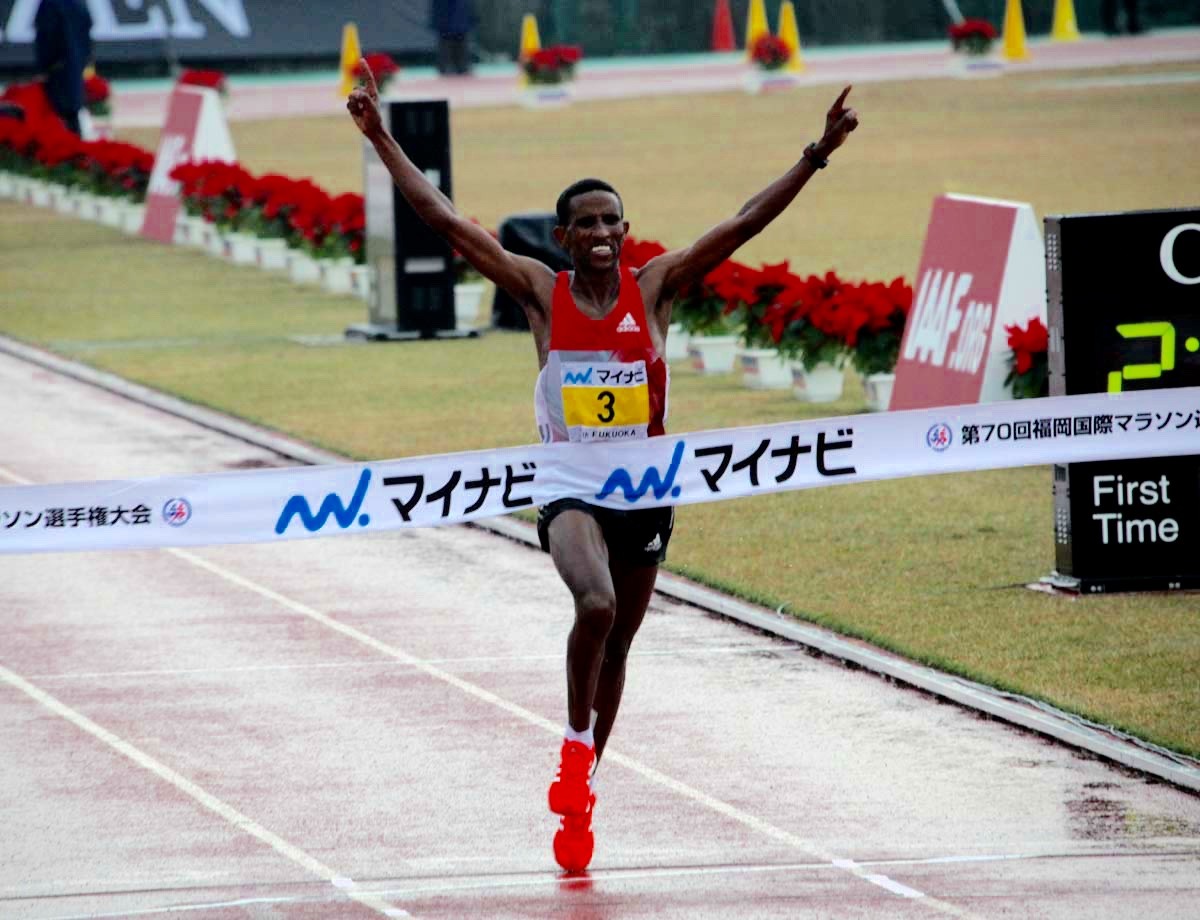 Two years ago, Tsegay stopped Patrick Makau from winning a third straight title at this race. Last year he finished a distant 26th in 2:18:05, slowed by a sudden back problem that hit him after five kilometres. In May he won the Ottawa Marathon with 2:08:52, has a personal best of 2:04:48 set in Rotterdam in 2012 and took silver at the 2015 World Championships in Beijing. He trains with this year’s Chicago Marathon runner-up Mosinet Geremew and Shanghai winner Seifu Tura, boding well. The man who beat Tsegay in Beijing, Ghirmay Ghebreslassie, is also in the race. Ghebreslassie was fourth at the 2016 Olympic Games and won the New York City Marathon later that year. He set his personal best of 2:07:46 earlier that year, at the London Marathon. However, he’s failed to finish the last three marathons he started: New York, Dubai and London. He said he was hampered by injury in 2017 and early 2018, but is back on track now. “My training after London is going well,” he said. Vincent Kipruto, the runner-up at the 2011 World Championships, is also in the field. His best of 2:05:13 dates back to the 2010 Rotterdam Marathon, but more recently clocked 2:06:14 at the 2017 Berlin Marathon. Amanuel Mesel of Eritrea has run well here in the past, finishing fifth at both the 2016 and 2017 editions of the race. Although not an invited runner, Brett Robinson of Australia, a pace maker last year, is said to be in strong shape and ready for a fast performance in his debut over the distance.  2018 Boston Marathon winner Yuki Kawauchi is also running and posted this on FB.  "I will run Fukuoka international open marathon Sunday. I ran this race 8 times( include 3 times of sub 2:10). I love this race and this city and people of Fukuoka. I believe I can end my bad flow of marathon since this summer," Yuki posted a few hours ago.  (11/30/2018) Views: 790 ⚡AMP 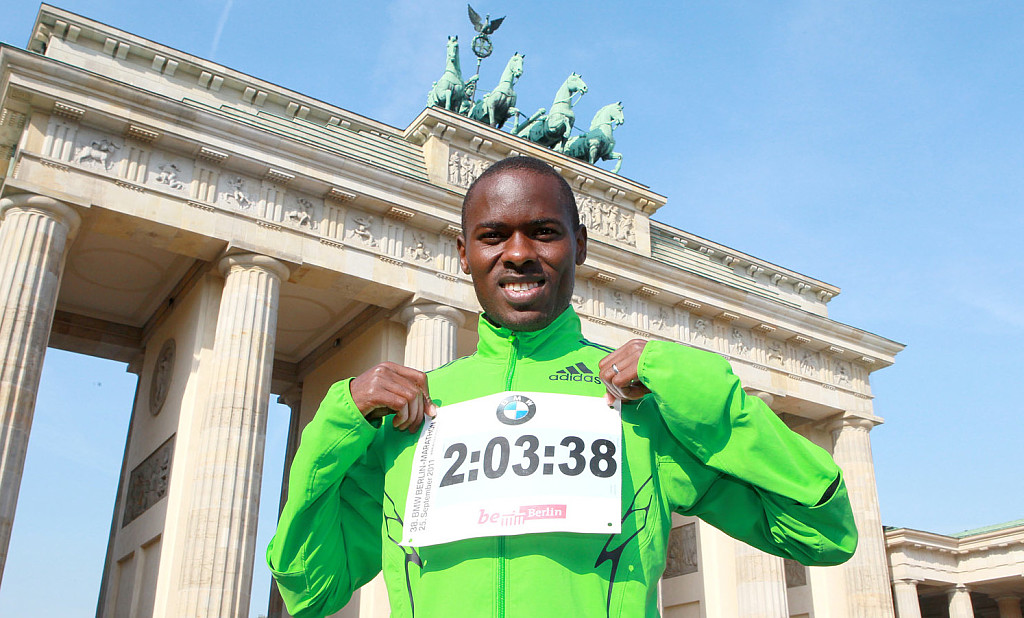 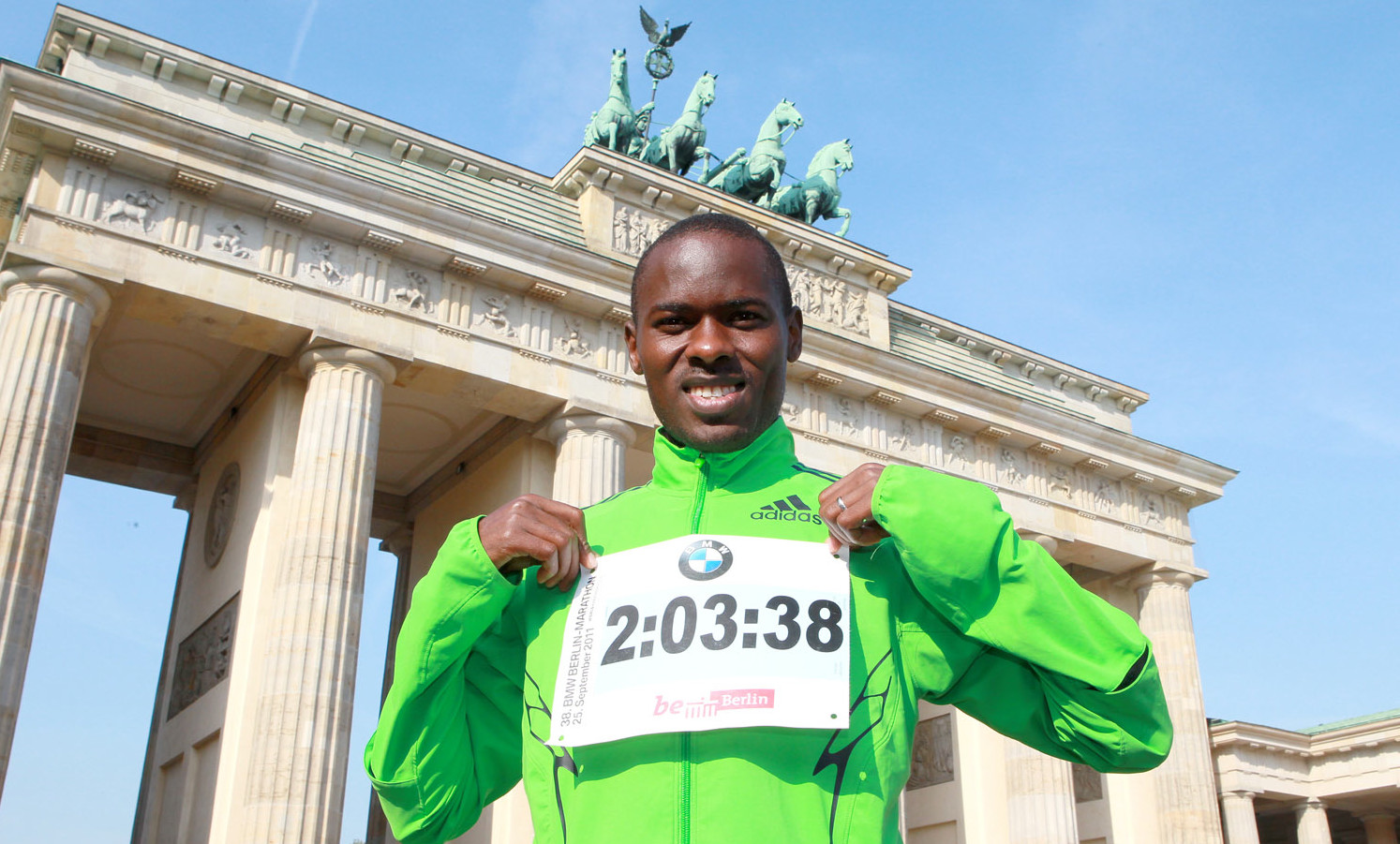 Patrick Makau, 33, has lost his fight to gain fitness after persistent patella-tendon injury, forced him off training and competition since 2017. With doctors warning against him running, Makau has opted to throw in the towel. "With the age catching up, with persistent patella-tendon injury due to which I was forced to cancel competition in 2017 for both Boston and Berlin marathons, I know this is the right time to say it is enough," Makau said Thursday in Nairobi. The two time Berlin marathon champion is credited for reclaiming the world marathon record from the grip of Ethiopian Haile Gebreselassie in 2011 when he clocked 2:03:38 eclipsing the Ethiopian's time of 2:03:59. Gebreselassie had beaten Paul Tergat's record of 2:04:54 set in 2004. Wilson Kipsang improved Makau's record after two years to 2:03:23, but that has also been shuttered to 2:02:57 by Kenyan Dennis Kimetto, which is the current record. "I have had a wonderful career as an athlete. My life is defined by athletics, what I have today is because of the sport I love. Athletics has literally changed me, allowing me to grow and to make positive impact on lives of my family and our community," said Makau, the 2007 World Half Marathon champion. "For this I am truly grateful." However, Makau will not be taking a long walk away from athletics completely. To remain busy, he intends to help guide a new generation of young distance runners realize their dreams and develop their careers, especially from the southern part of Kenya where he comes from. "I want to coach some athletes who have no guides. I want to continue giving back to the community," he said. (09/13/2018) Views: 884 ⚡AMP 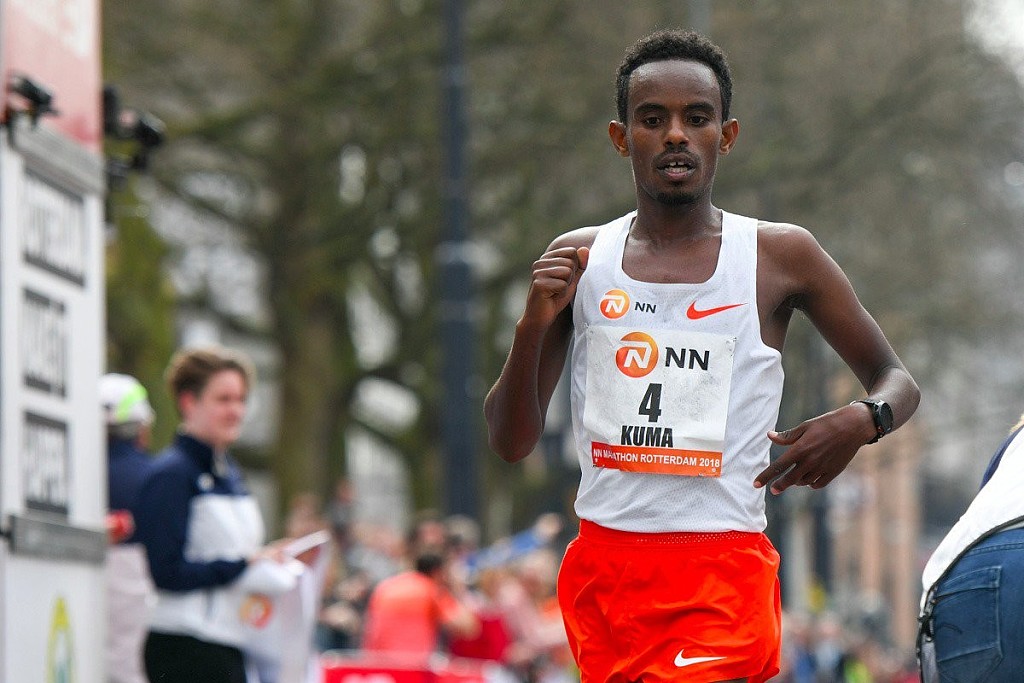 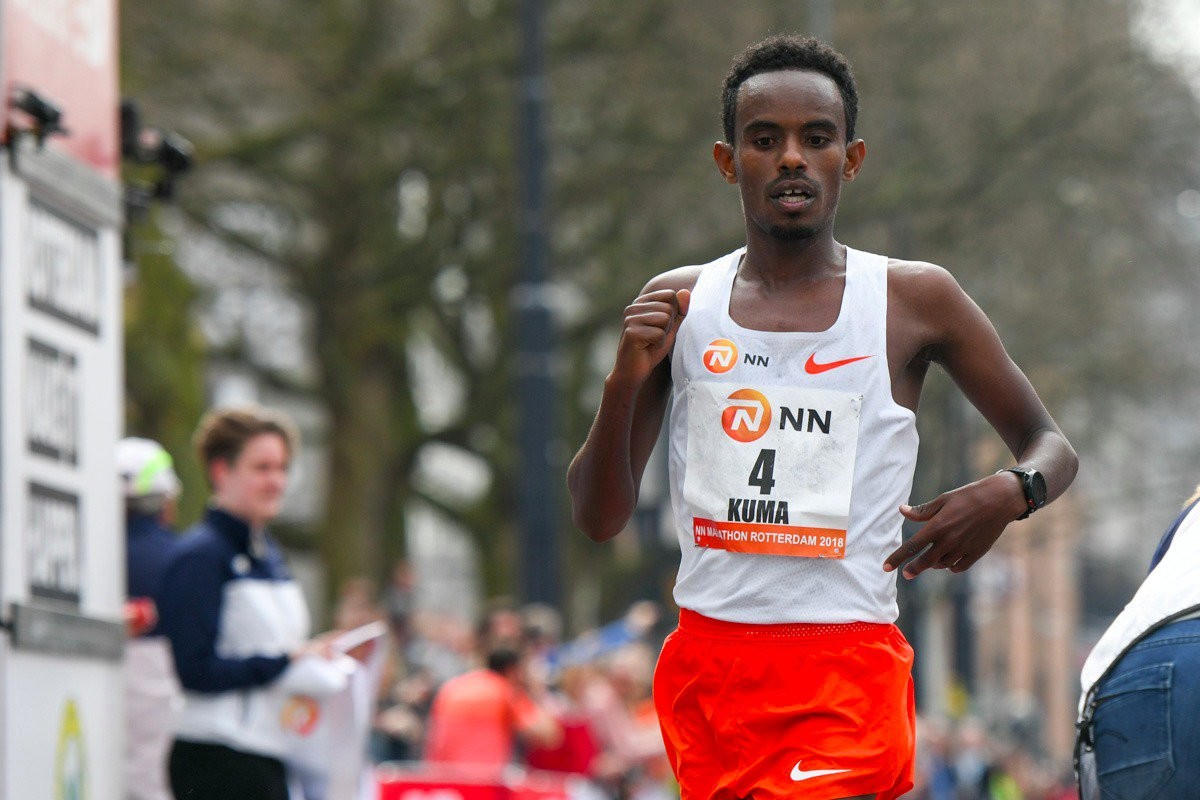 Abera Kuma (27) of Ethiopia, the Rotterdam marathon silver medalist has a personal best of 2:05:50.  Former World marathon record holder Patrick Makau has warned that it will require more than skill, strength and pacesetters to break the world record. "Breaking a world record in my experience requires more hard work, experience, mental and physical strength as well as a favorable course and weather conditions," he warned. But that has not dampened Kipsang's resolution to go for the top mark and win the 50,000 U.S. dollar prize. "My target is to be on the podium as the winner. I will not be looking at who's in the race, but I will be able to use my training skills to be on the podium". (09/07/2018) Views: 1,755 ⚡AMP 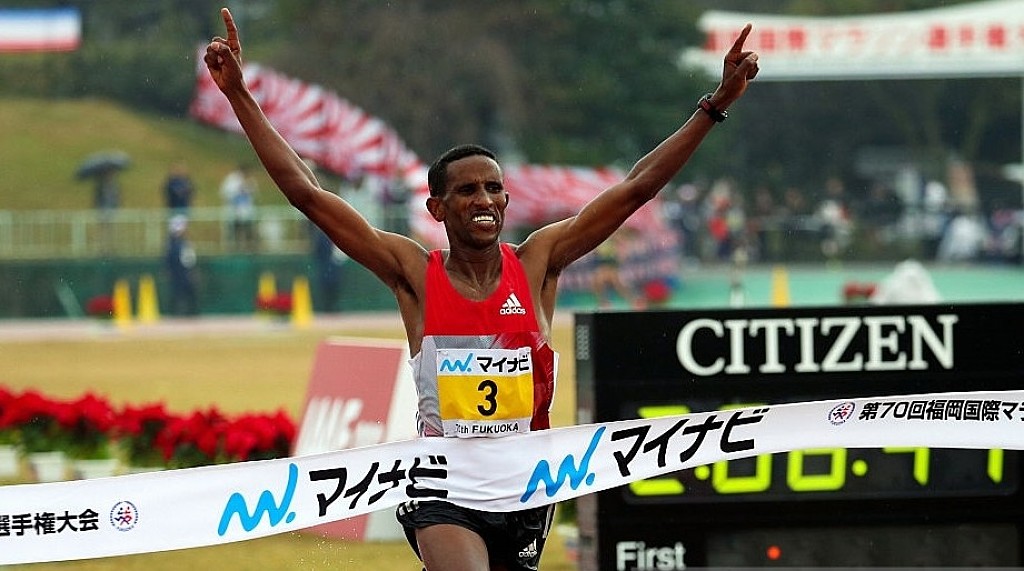 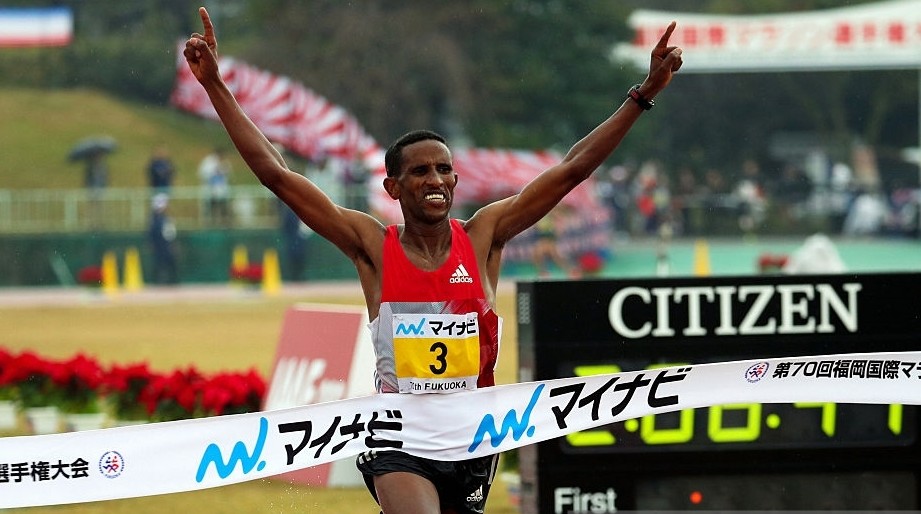 Tsegaye ready to defend his title

Yemane Tsegaye of Ethiopia returns to defend his title at the 71st Fukuoka International Marathon on Sunday. Tsegaye recorded his personal best of 2:04:48 at the 2012 Rotterdam Marathon, and has a silver medal from the IAAF World Championships Beijing 2015 to his credit. Last December, the 32-year-old prevented Patrick Makau from winning a third successive Fukuoka title. (12/01/2017) Views: 992 ⚡AMP