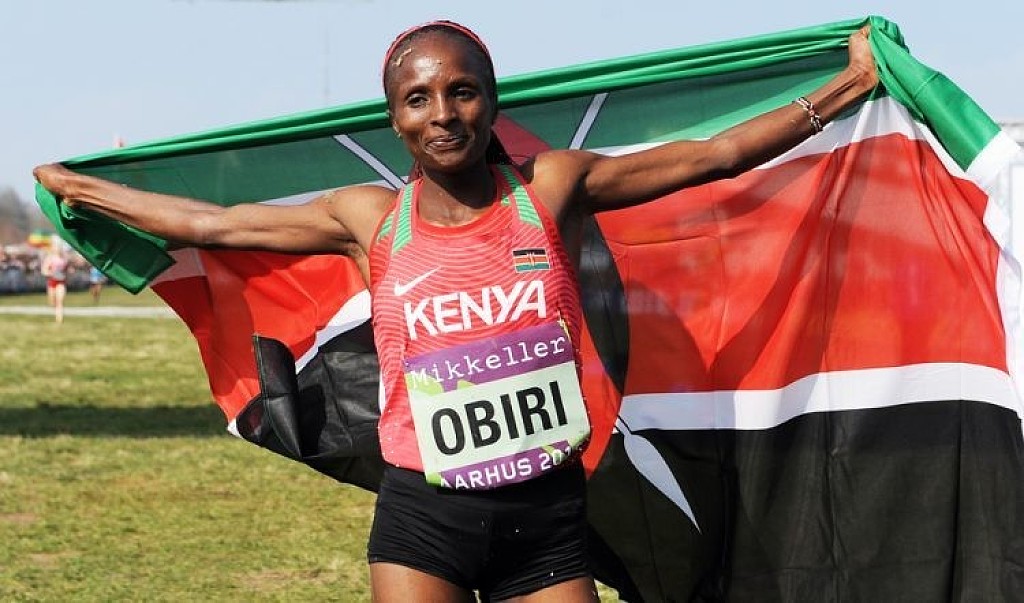 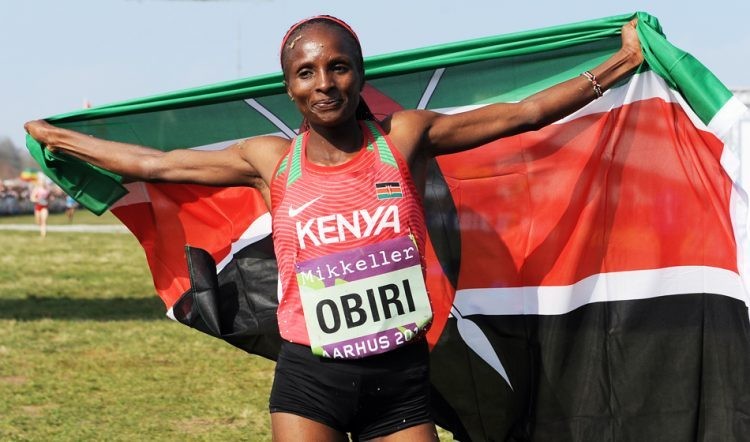 Kenyan Hellen Obiri is aiming for success over 5000m and 10,000m at IAAF World Championships Doha

Hellen Obiri has revealed she will target IAAF World Championships success over both 5000m and 10,000m in Doha this summer as part of her plan to bow out from track competition on a high.

The Kenyan won gold over the shorter distance in London two years ago and is focused on retaining her title in the Qatari capital. She admits, however, that a full-time switch to road running is in the offing after next year’s Tokyo Olympics and, with that in mind, also wants to tackle the 25-lap event for the first time. 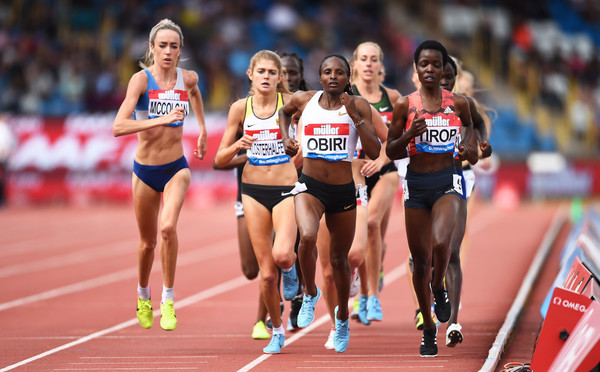 “I’ve not done the 10,000m on the track so I’m going to do it at the Kenyan trials (for the world championships). It’s very hard to even make the Kenyan team but of course I want to make it and then from there you can see me doubling in Doha.”

“What made up my mind is that I’m almost done with the track," she says,  "so I think I need to do final, final things. I have never done 10,000m on the track so I wanted to do it before I go to the roads, maybe from next year after the Olympics. 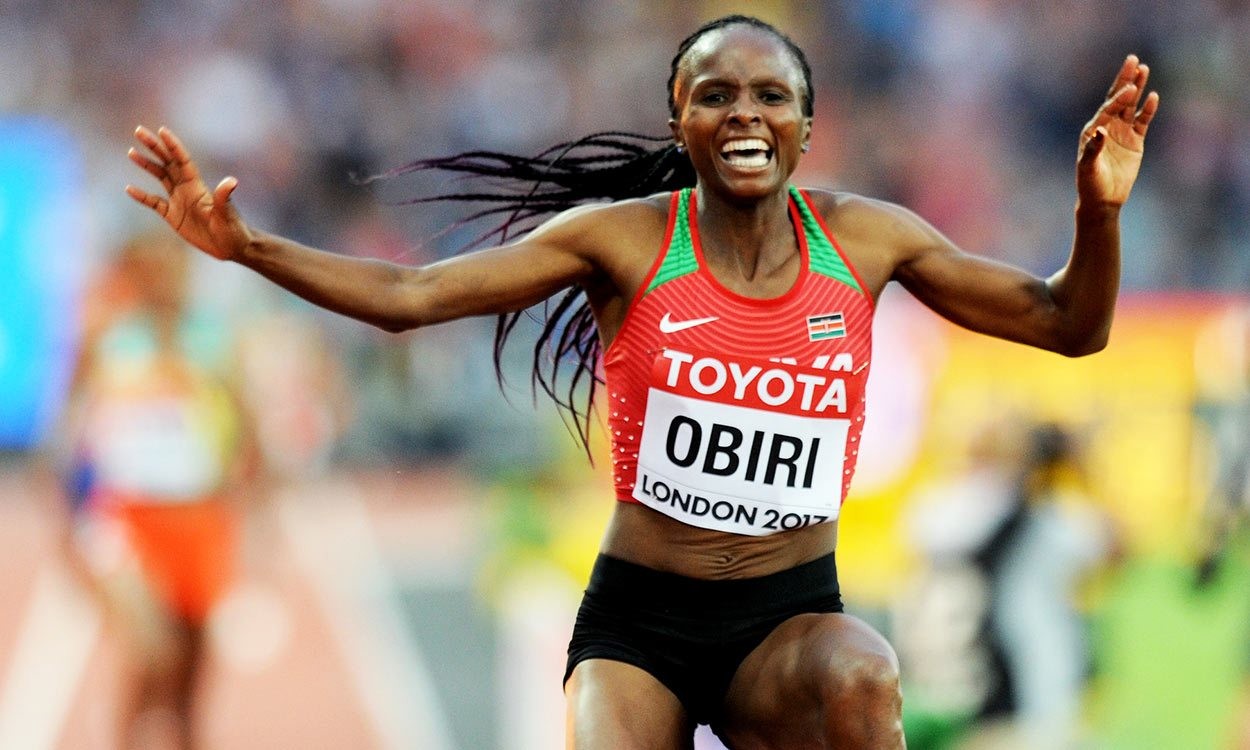 “I will do 10km and the half-marathon on the road from there and then maybe (move up to the marathon) in the coming years.”

Obiri will race over 10km on the roads this weekend as one of the star attractions at the Simplyhealth Great Manchester Run, where she will be looking to carry on what, thus far, has been a winning habit in 2019.

There was her impressive and memorable victory at the World Cross Country Championships in Aarhus back in March, which followed gold at the Kenyan Championships, while a marker was put down on her first track outing this year thanks to a fine 3000m win over a quality field which included 1500m world record-holder Genzebe Dibaba at the recent Diamond League meeting in Doha in a time of 8:25.60. 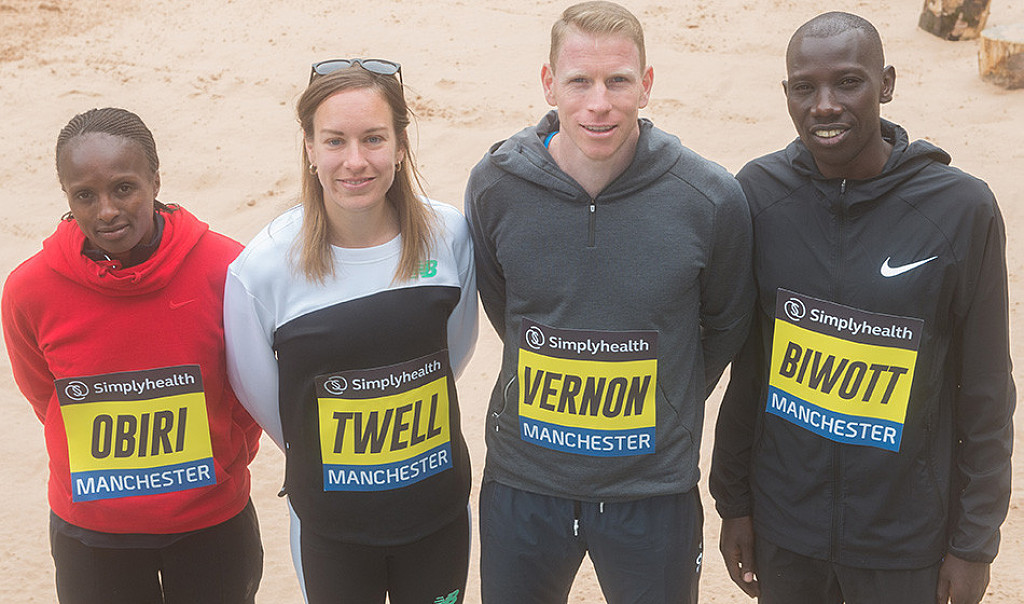 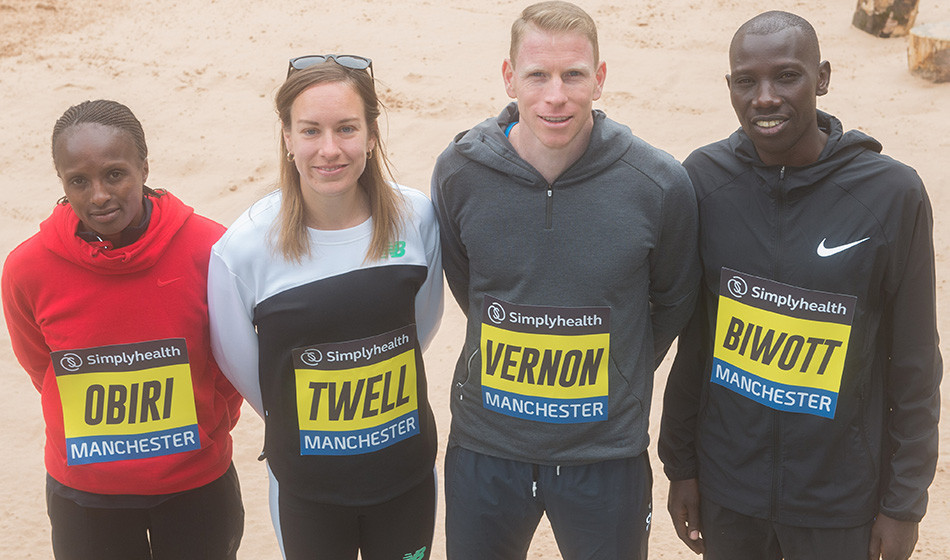 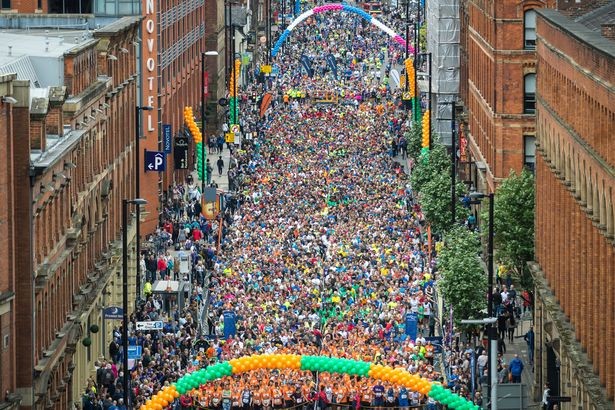 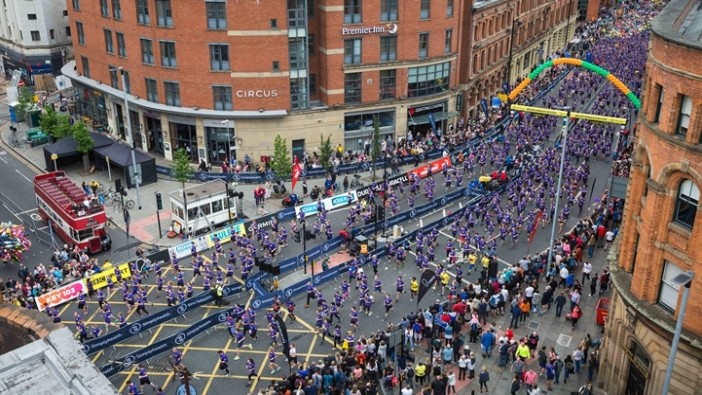 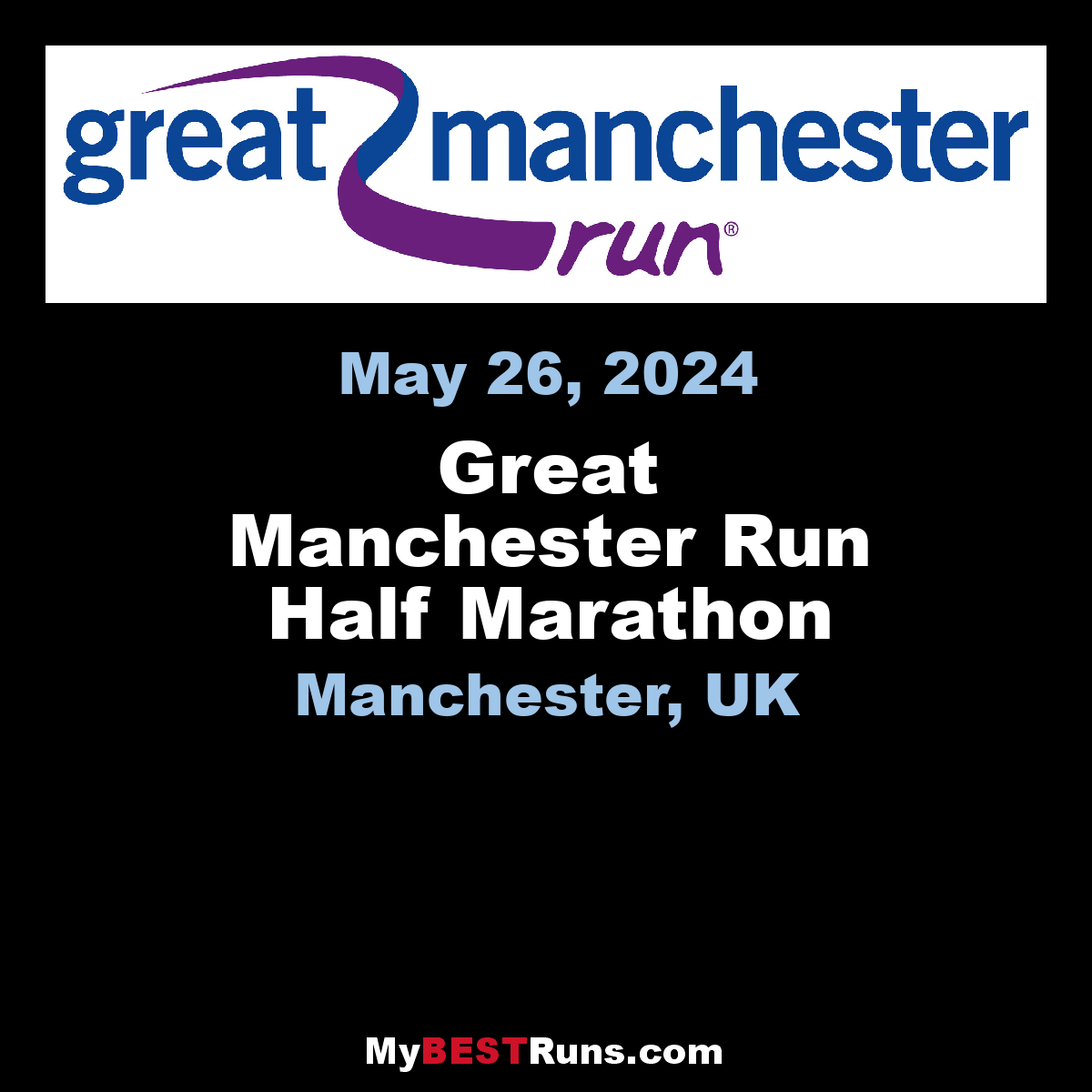 2020 events have been moved from May 24 to Sept 6. The Great Manchester Run, established in 2003, is an annual 10 kilometer run through Greater Manchester and is the largest 10K in Europe. Usually held in mid-May, it is the third-largest mass participation running event in the United Kingdom behind the Great North Run and the London Marathon.... 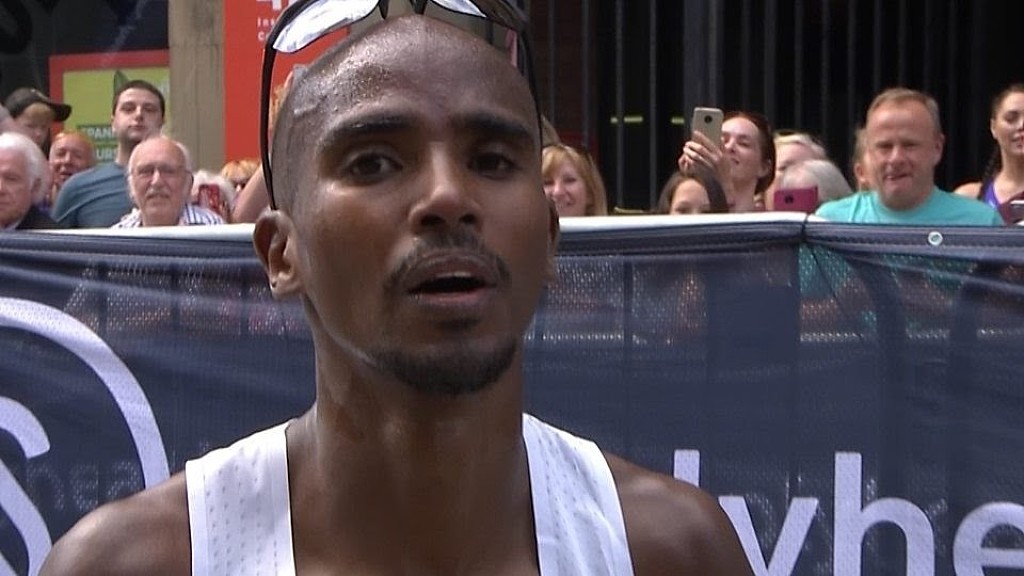 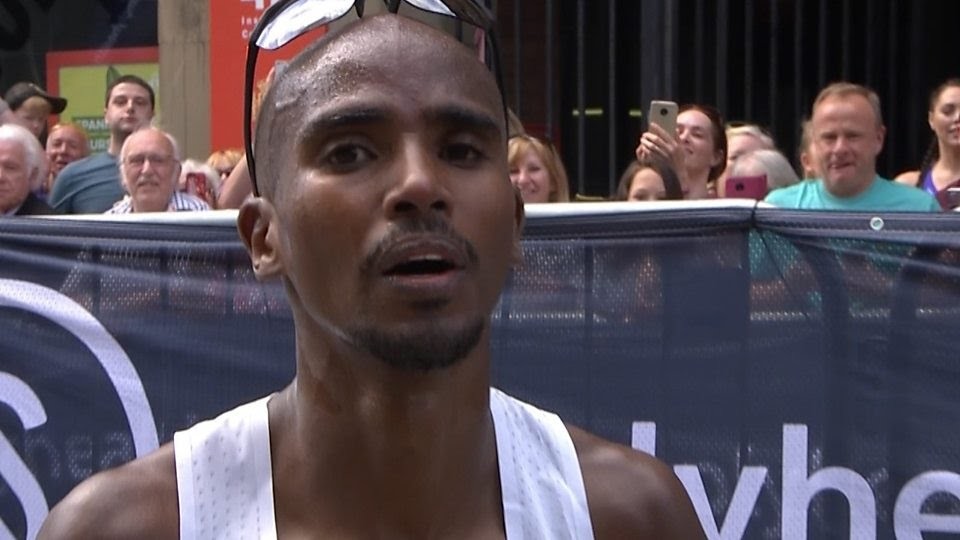 Britain's Olympic and world 10,000m champion Mo Farah said he felt "tired" after his first victory in the 10km Great Manchester Run. Farah, who finished third at the London Marathon last month, raced past Ugandan Moses Kipsiro with 100 metres left to win in 28 minutes 27 seconds. Abel Kirui of Kenya finished third, 25 seconds behind Farah. Ethiopian Tirunesh Dibaba won her third straight women's race, well ahead of Kenya's Joyciline Jepkosgei.  Farah, who was appearing in the race for the first time since 2007, took part in a minute's silence before the race in tribute to the 22 people who died in last year's Manchester Arena bombing. For most of the race, the 35-year-old looked comfortable in warm conditions as he kicked past Kipsiro with 100 metres to go. But he said he was still recovering from breaking the British record at last month's marathon - his first event over the distance since switching his focus to road racing. "I've got great speed and I know that at the end of the races I can use it if the guys haven't hurt me enough, so today was a matter of hanging in there," he told BBC Sport. "I was pretty tired. Having competed in the marathon not so long ago, today was hard work." (05/20/2018) ⚡AMP 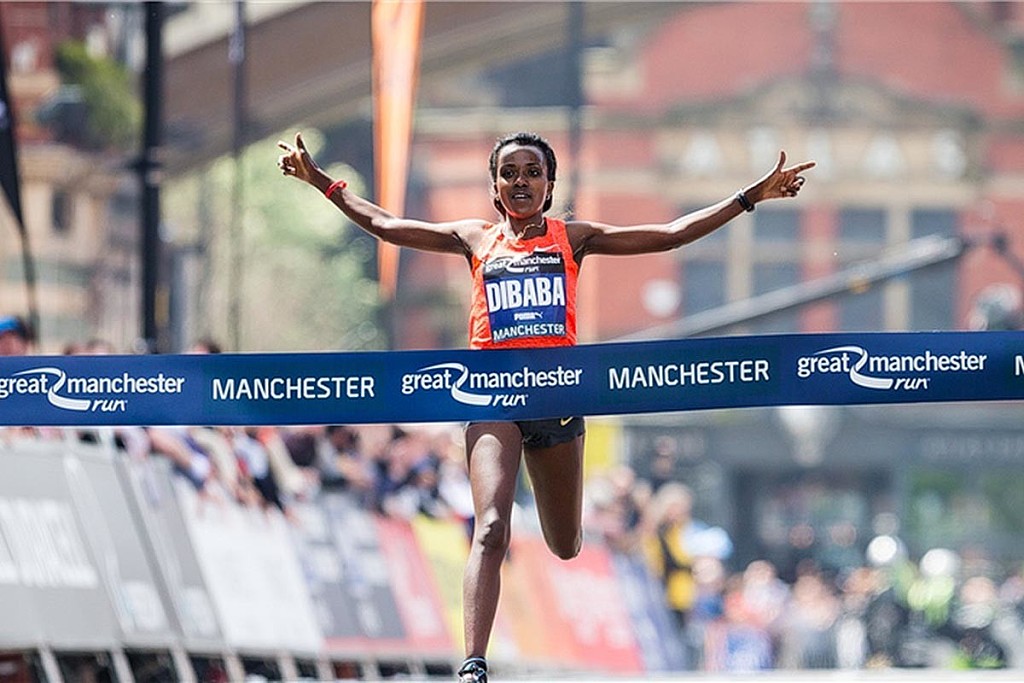 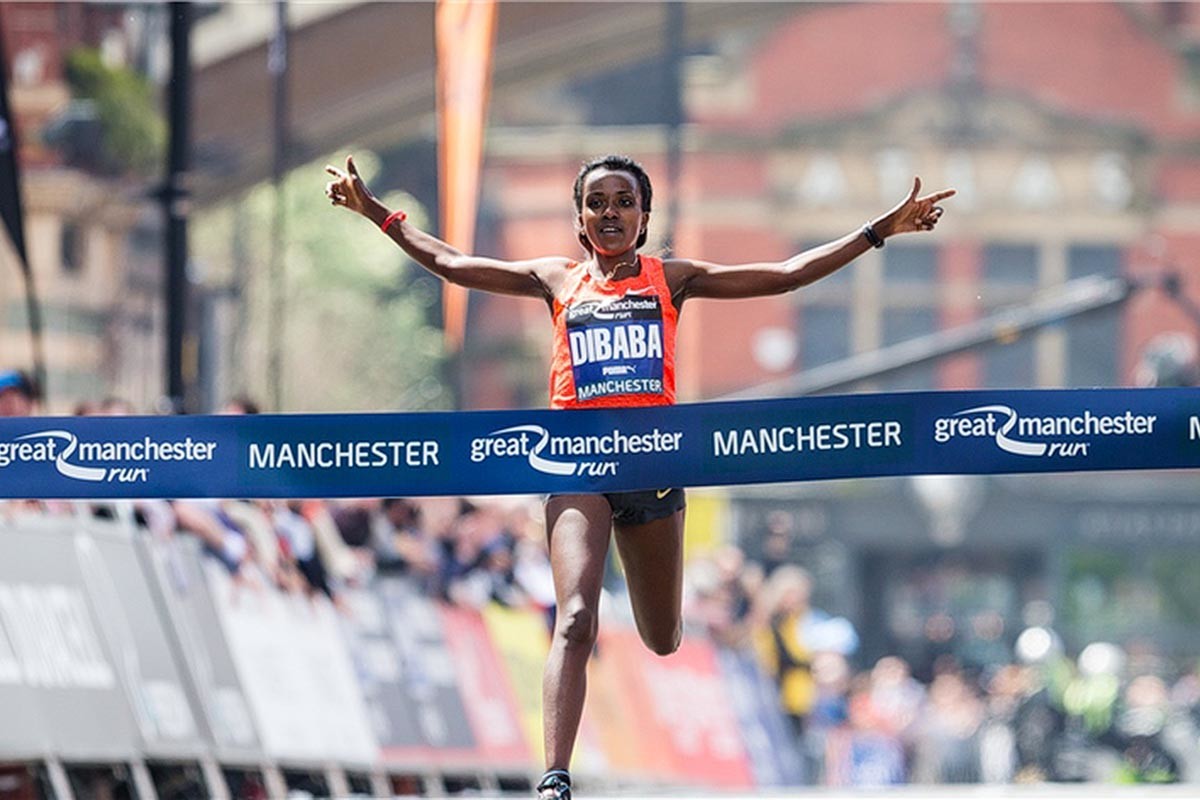 The Simplyhealth Great Manchester Run this weekend has a top-class women’s elite field.  Ethiopian superstar Tirunesh Dibaba (pictured) returns to an event she has won no fewer than four times and to the course upon which she was impressively dominant last year. The triple Olympic champion will be in action for the first time since being forced to stop 30km into last month’s London Marathon, however, and will Face fierce opposition. Her toughest opponent will come in the form of Kenyan multiple world record-holder Joyciline Jepkosgei, the only woman ever to run 10km in under 30 minutes. The 24-year-old initially broke the world record for the distance, as well as the marks for 15km and 20km on her way to also smashing the half-marathon world record in Prague in April last year. She clocked 30:04 for 10km on that occasion but returned to the Czech capital in September and lowered it further when she ran 29:43 at the Prague Grand Prix. Jepkosgei also improved on her half-marathon mark by a second when she ran 64:51 in Valencia last October. (05/18/2018) ⚡AMP
by Euan Crumley/ Athletics Weekly 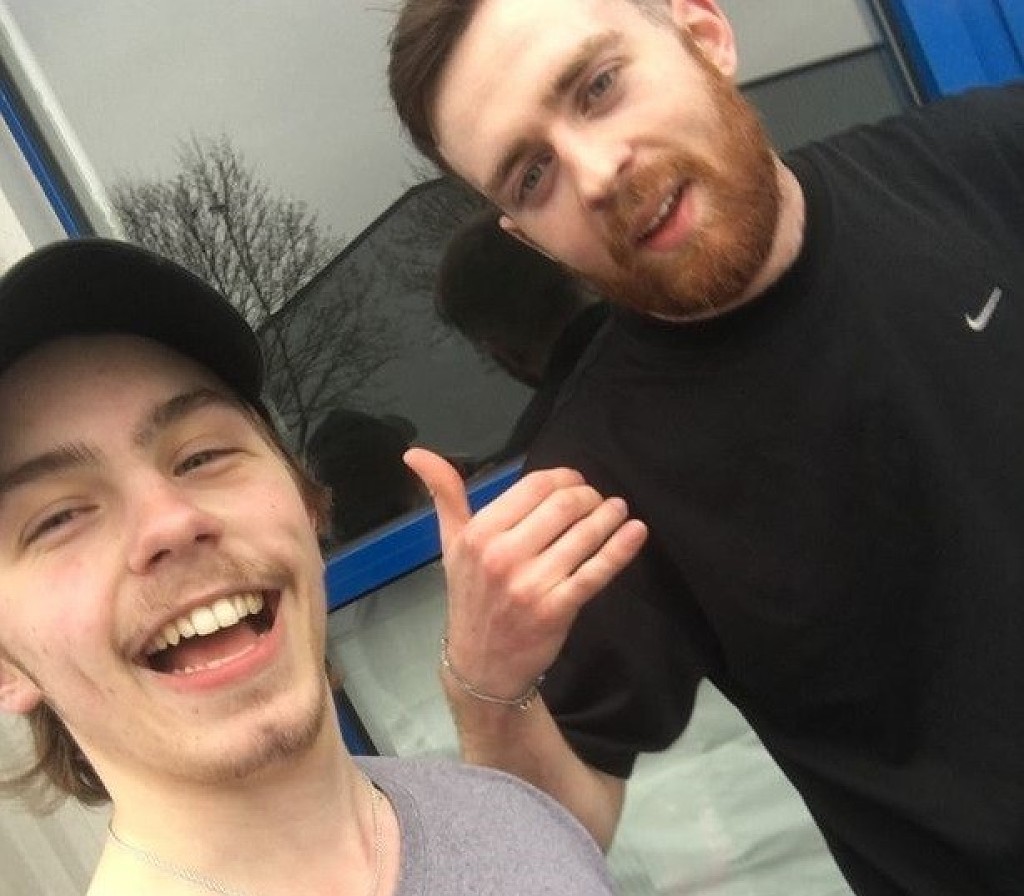 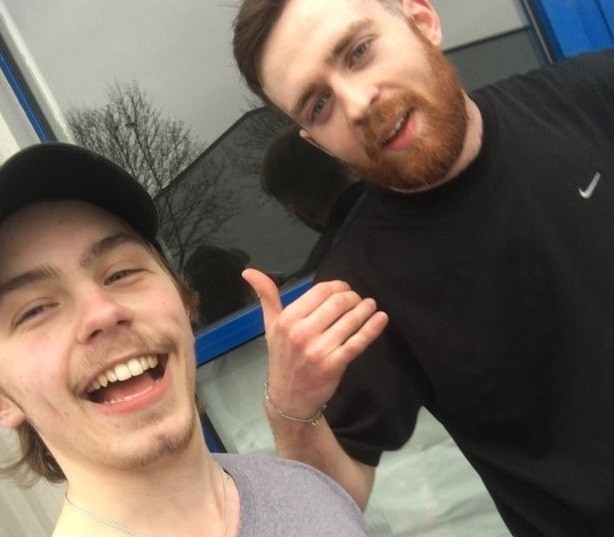 A film maker who was diagnosed with clinical depression will take part in the Great Manchester Run to raise money for mental health charity Mind. Cameron Jones, from Prestwich, said running has allowed him to get his life back on track after mental ill-health caused him to drop out of university last year. The 20-year-old, who runs OH GOSH Productions, said he felt ‘completely out of control’ when he plunged into depression in October last year, just weeks after starting the second year of his film production degree in London. He said: “I will never know the causes for sure, but I mostly think that it was my university lifestyle which rendered me unable to cope with the stress and suffering of life. “A complete lack of routine, uncertainty surrounding my career in the future, and using substances to produce good feelings, as opposed to feeling good through hard work and achievement. Keen to get his life back on track, Cameron moved home and took up running with his friend Henry Williams. (05/18/2018) ⚡AMP 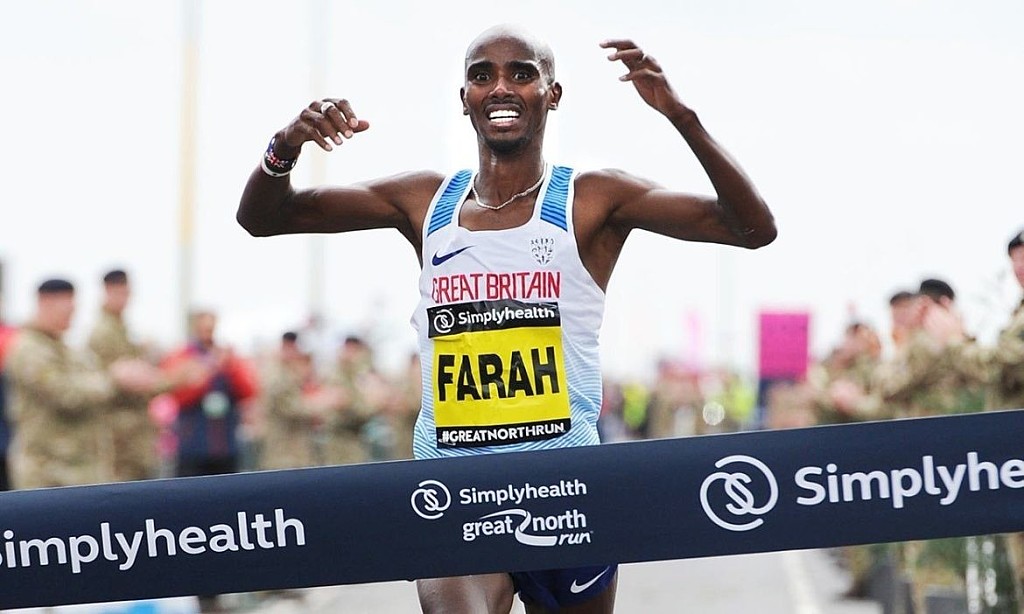 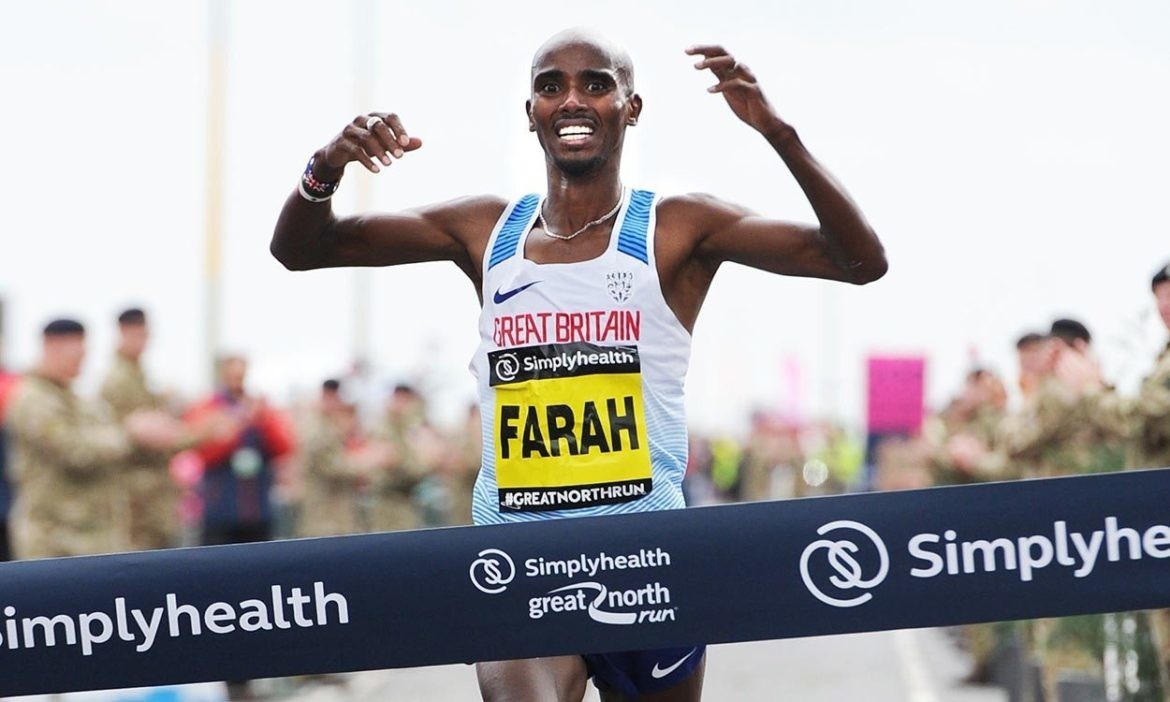 Mo Farah is now a full-time marathoner, his history in the shorter distances gives him an advantage over the field. Stanley Biwott, Feyisa Lilesa, and Abel Kirui are also scheduled to race, making this a battle among some of the most accomplished marathoners in the world.  Less than a month after his third-place finish at the London Marathon, Mo Farah will return to the streets of Great Britain. On Sunday at the Great Manchester Run, the 10-time global champion will race a 10K—the distance that provided him with some of the greatest triumphs of his career. Six-time gold medalist and 5000m world record holder Tirunesh Dibaba makes up one half of a dynamic women’s field. The 32-year-old has made winning the Great Manchester Run a staple of her career. She’s won the race on seven occasions, including last year where she took the victory by over two minutes.  Winning on Sunday will be much more difficult. Waiting for her in Manchester is Joyciline Jepkosgei of Kenya. Jepkosgei doesn’t have the global championships like Dibaba, but she has fast times. Lots of them. (05/17/2018) ⚡AMP 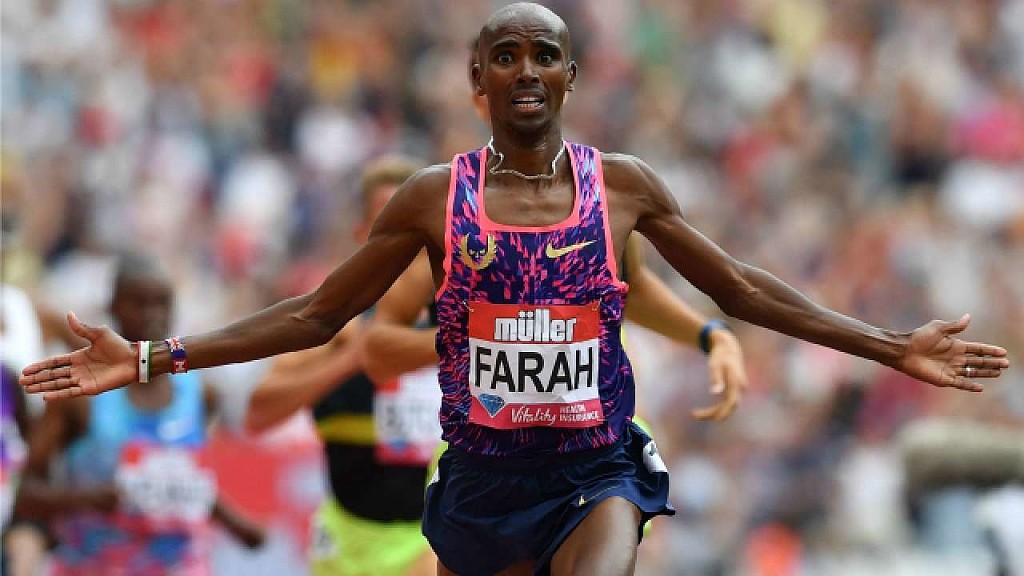 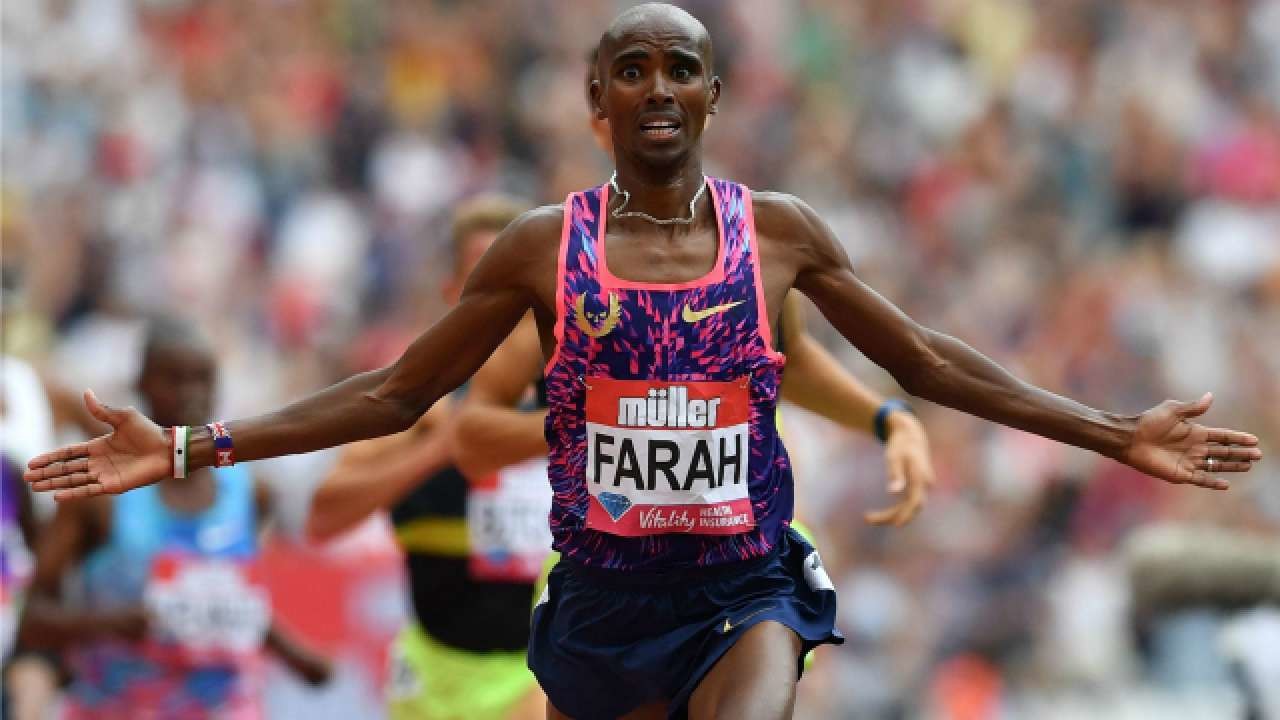 British marathon record holder and four-time Olympic champion Sir Mo Farah heads a field packed with road-running superstars as the world's best go head to head in Europe's biggest 10k. The Great Manchester Run, established in 2003, is an annual 10K run through Greater Manchester in the UK. Sir Mo's greatest threat is Kenya's 2017 world marathon champion Geoffrey Kirui. The African nation are also well represented in the women's race with 10k and half marathon world record holder Joyciline Jepkosgei taking on 2015 champion Betsy Saina. But it is not just the world's elite taking to the streets of Manchester. Over 30,000 competitors line up for the 10k and half marathon routes to raise money and awareness for many good causes. One year on from the bombing, the city, united, runs together. (05/14/2018) ⚡AMP 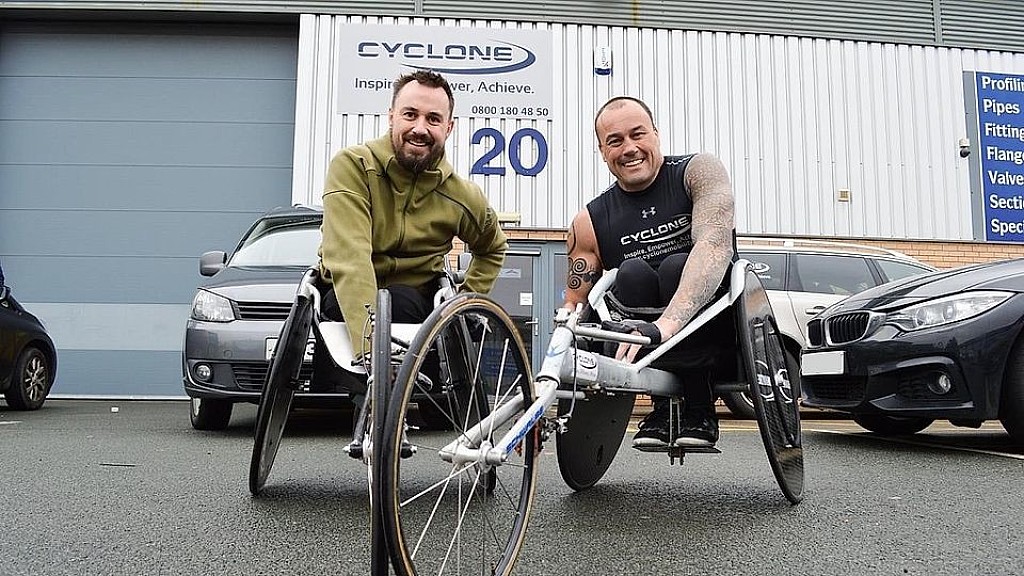 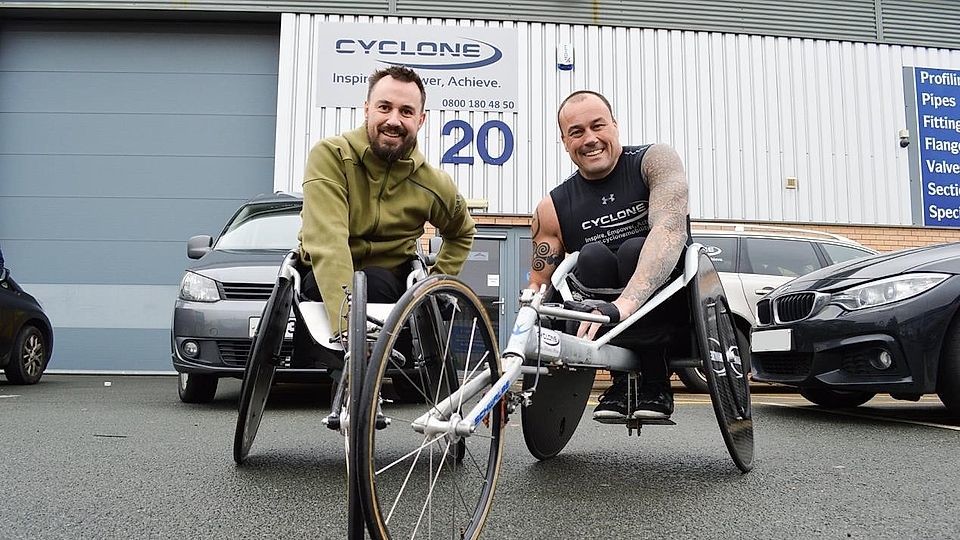 Martin Hibbert, from Bolton, whose injuries were described as the equivalent of ‘being shot 22 times at point blank range’, suffered a T10 complete spinal injury when he was stood just 30 feet away from the bomb when it detonated. But the 41-year-old football agent has defied the odds and will line up on the start line in Manchester city center this month determined to finish the 10k distance in under an hour. He will take part in a racing wheelchair alongside former Paralympian Richie Powell and best friend Lee Freeman. He said: “Anyone who knows me knows how determined I am. “It’s going to be a huge challenge for me to use my arms to push myself around the course, but I will do it. “Richie and Lee have been a huge support and have been at my side throughout the whole of my training and it will be a proud moment for me personally when we cross the finish line. The Simplyhealth Great Manchester Run will take place just two days before the anniversary of the attack, and a one minute’s silence will be observed as a mark of respect to the victims. (05/08/2018) ⚡AMP