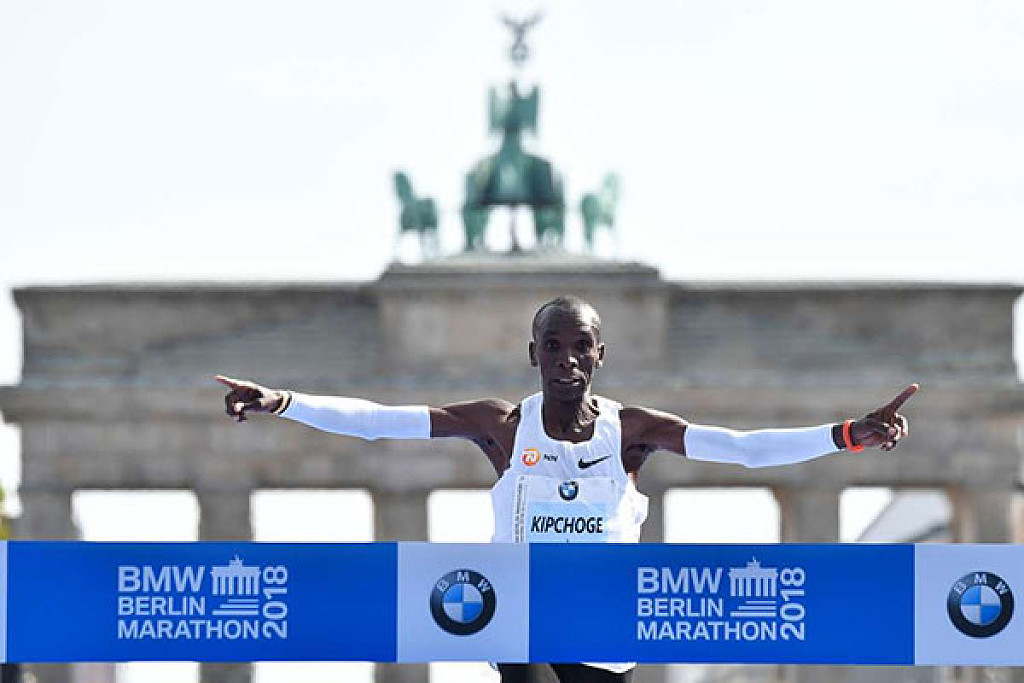 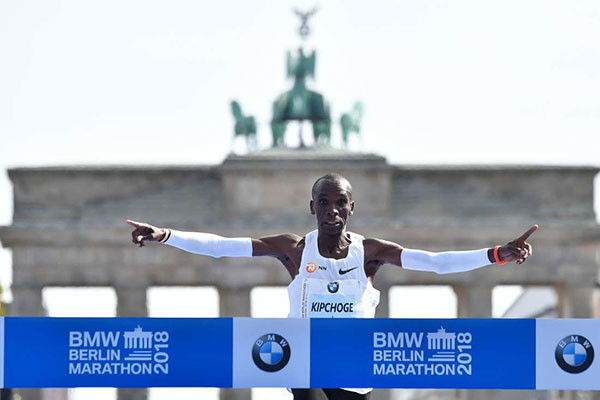 33-year-old Eliud Kipchoge from Kenya smashed the world marathon record in Berlin today (September 16, 2018) clocking 2:01:39, breaking the record by over a minute.

According to MBR's Willie Korir reporting from Kenya, "the pace was so high.  Eliud started well and maintained 2:52-2:55/k pace.  Two of the pacers dropped at 14k.  Sammy Sitwara, Kipkemboe and Boit remained up to 25k.  Eliud was alone from 25k to the end.

It is a big celebration all over Kenya especially in Eliud's home town of Kapsabet and in Eldoret, home of Champions."

Kipchoge maintained his form well in the closing stages and crossed the finish line in 2:01:39, taking one minute and 18 seconds off the previous world record set four years ago by Dennis Kimetto.

This is the largest single improvement on the marathon world record since Derek Clayton improved the mark by two minutes and 23 seconds in 1967. 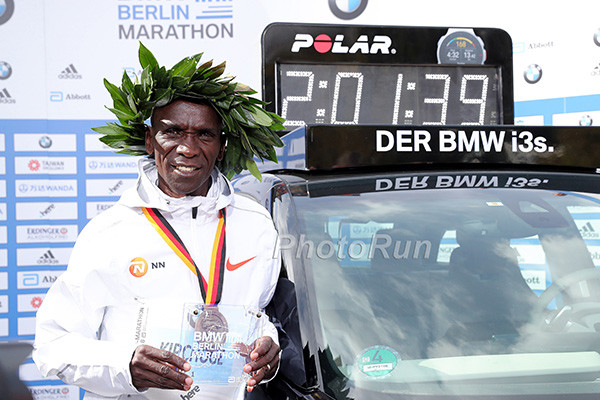 "I lack the words to describe how I feel," said Kipchoge. "It was really hard [during the last 17 kilometers] but I was truly prepared to run my own race.

I had to focus on the work I had put in in Kenya and that is what helped push me. I’m really grateful to my coaching team, my management, the organisation." 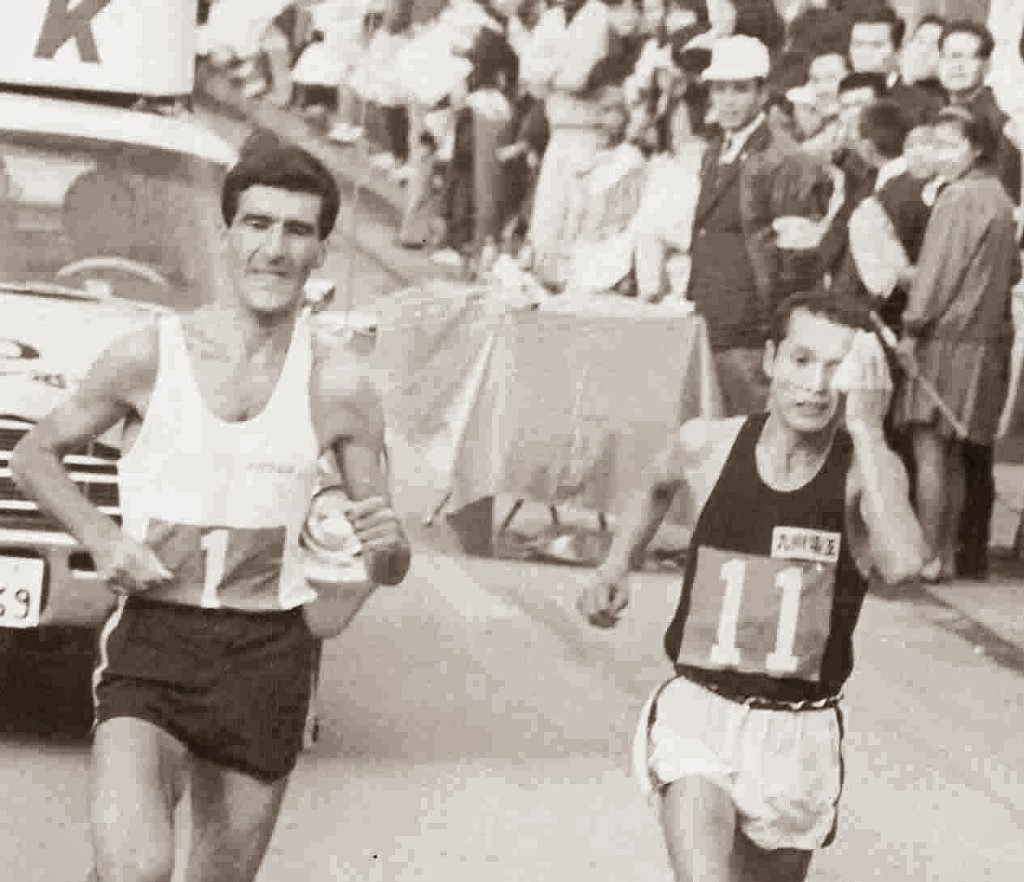 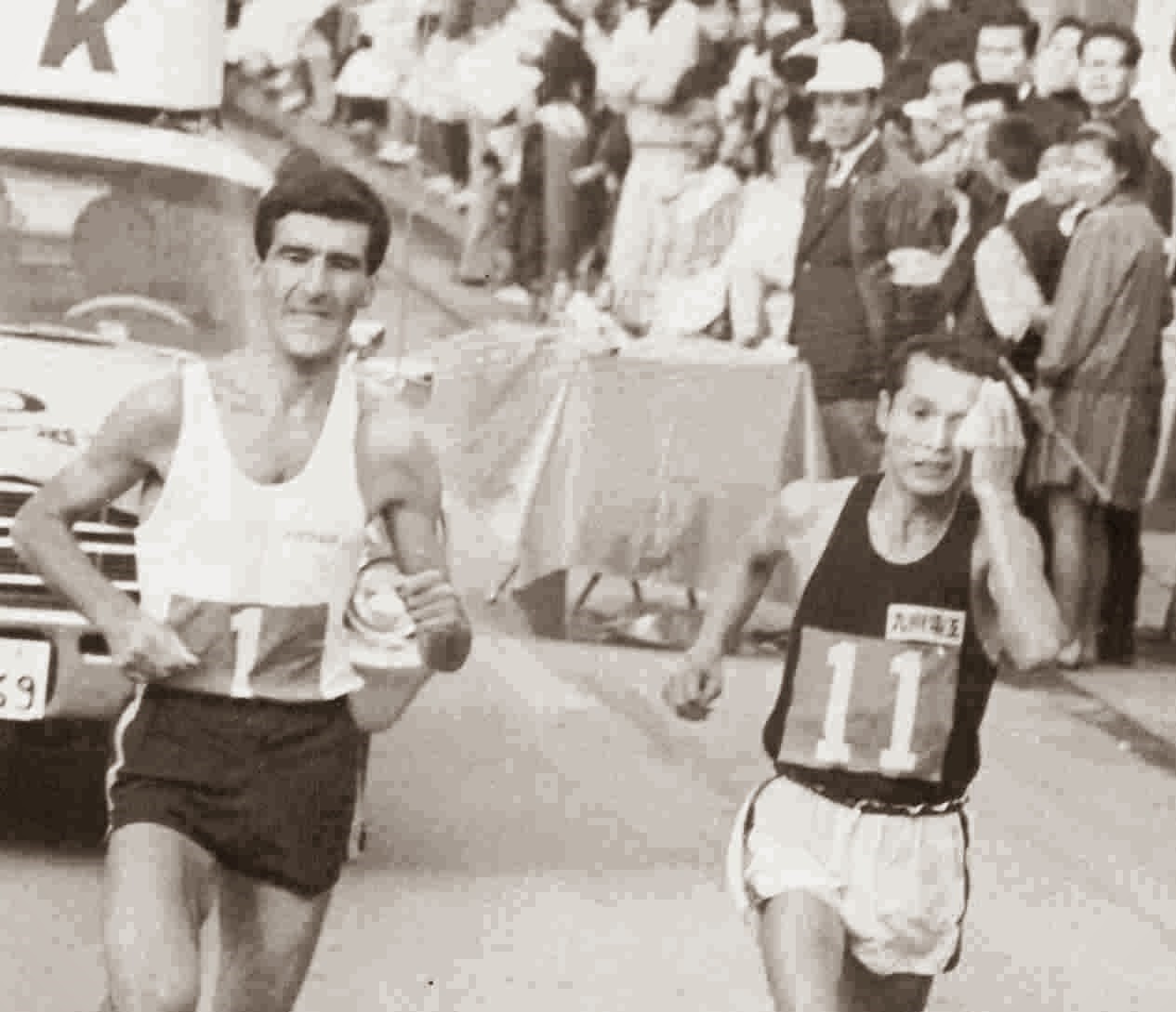