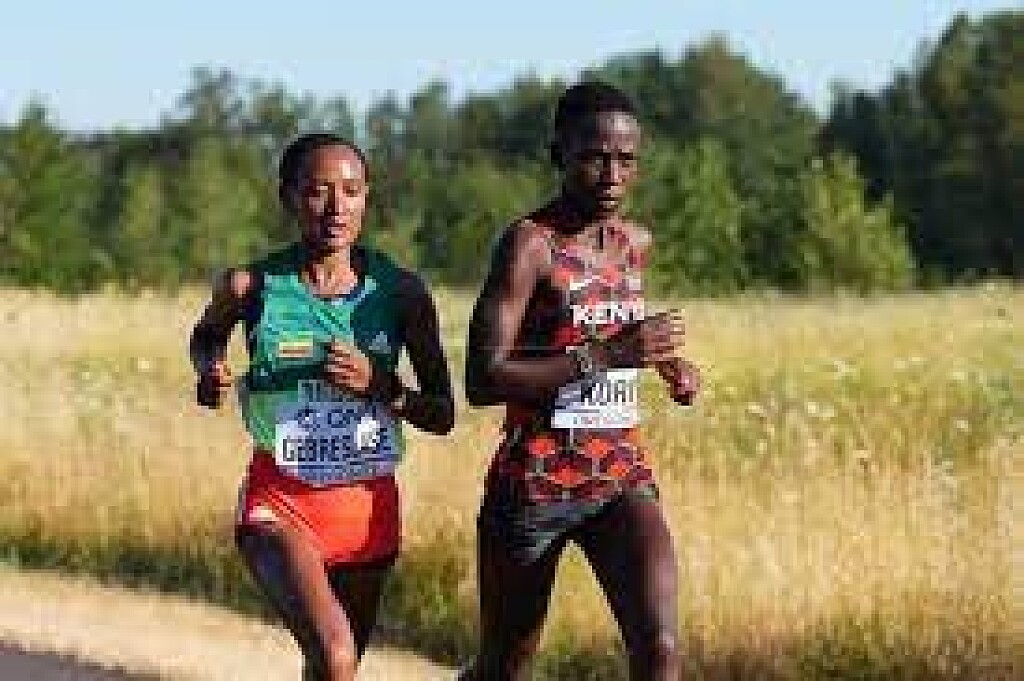 Judith Korir is looking to improve her performance in next year’s edition of the World Championships in Budapest.

The 2019 Venice Marathon champion placed second in 2:18:20 in the last edition of the global show in Oregon, USA. 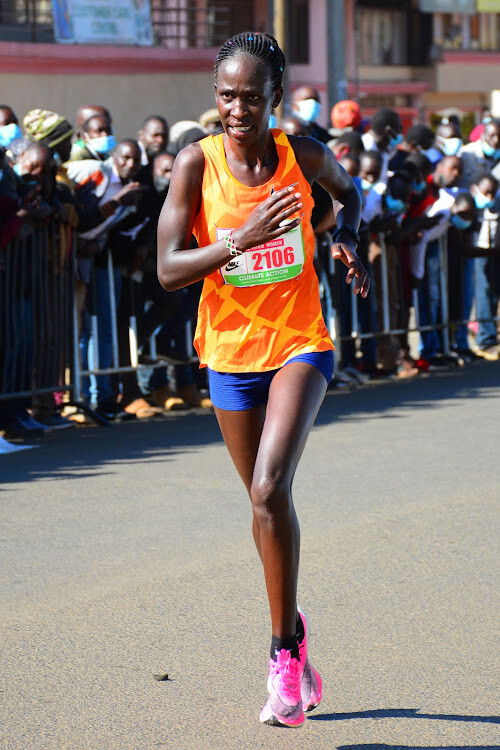 She said she identified her major setbacks during the global championships and she has been working on them in readiness for the next year's edition.

“I am looking forward to next year’s World Championships and this time, I want to win gold. I had issues with my speed and endurance. I did not have much experience but so far, I have learned a few ropes. If I get a chance to run any major marathon, I’ll also take it up,” Korir said. 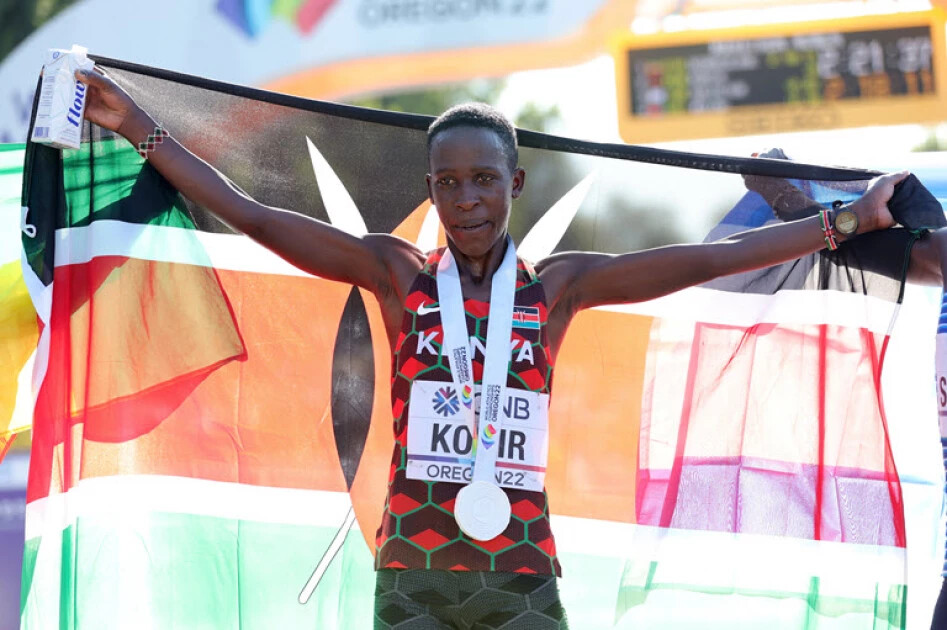 She expressed her excitement about her achievements and said she was happy to end her season on a high.

At the London Marathon, Korir was supposed to be a pacemaker but later joined the elite field at the last minute after Brigid Kosgei withdrew due to an injury.

Korir said she was not really prepared for London but decided to challenge herself.

“I am happy to end my season well and I feel good. In London, I had earlier been assigned the role of pacemaker and I hadn’t trained for the whole marathon. Being my first major, I decided to challenge myself. I believe the race has helped prepare me for other major races ahead,” she said.

The 2020 Izmir Marathon champion added that she looks up to women’s marathon record holder Brigid Kosgei.

“Kosgei is disciplined and she is also a good adviser. She also helps us during training sessions,” she said, adding that her husband who is also her pacemaker, Michael Douglas, and her coach Erick Maiyo have played key roles in her success.

Korir recalled she started running during her high school days at Mokwo Girls Secondary School. She said when she completed school in 2013, she did not receive enough support and therefore decided to take a break.

She resumed serious training in 2017 at Kaptagat before relocating to the Kapsait Training Camp in 2018 and she has been there to date. 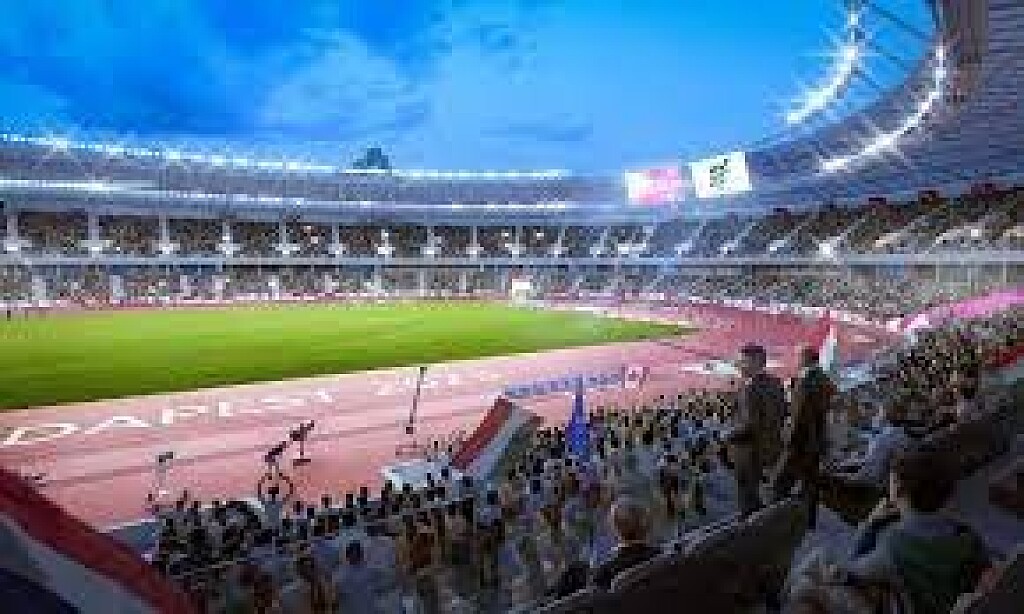 Next year's World Athletics Championships in Budapest will last for nine days - one less than the last five editions of this event - and will favor athletes seeking double bids.

The 2023 World Championships schedule - from August 19 to 27 - will involve 49 disciplines including six road events which will be spread across five separate mornings.

All track and field finals will be contested in the evening sessions, with at least four finals scheduled every day, even on the first day.

The final two days will feature eight medal events and both will end with women's relays.

And, as has been the case at recent major championships, the mixed and single-sex 4x400m finals are held either side of the individual one-lap disciplines to allow athletes to partake in both relays and individual disciplines should they so desire.

The first evening session will end with the mixed 4x400m final. 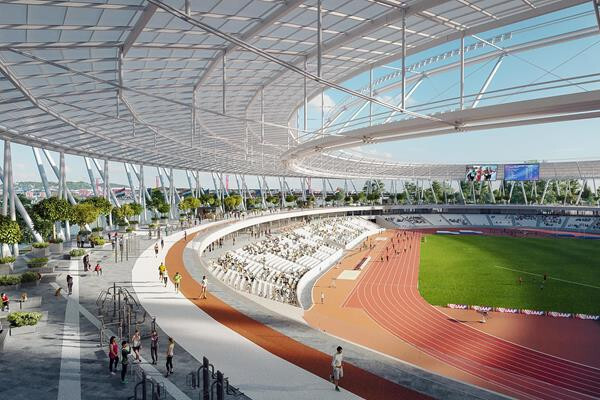 The men's 100m will be in the spotlight on the second day, while the women's 100m takes center stage on day three.

The women's 1500m will be one of four finals held on day four.

The men's 400m hurdles will conclude the action on day five.

Both 35km race walk finals will be held on the morning of day six and there will be no rest on the seventh day, as both 200m finals will conclude the evening session.

The women's marathon starts on the penultimate day, which will later include the men's pole vault and both 4x100m finals.

The men's marathon will be held on the morning of the final day and the championships will end with both 4x400m finals.

"The release of the timetable is a significant milestone for the World Athletics Championships Budapest 23, now less than a year away," World Athletics President Sebastian Coe said.

"After seeing the extraordinary crowds that descended on Birmingham for the Commonwealth Games and Munich for the European Championships in the last month, we know the appetite for our sport across Europe is as strong as ever and we're looking forward to taking our premier event to central Europe for the first time.

"Creating the timetable for an outdoor World Championships is a complex balancing act, taking into account the needs of athletes, broadcasters and the host city, as well as our other stakeholders.

"I’m confident that a return to a nine-day programme and evening-only finals in the stadium will be embraced by our athletes and audience in Budapest, and by those watching around the world."

Peter Deutsch, chief executive of the Budapest 2023 local organising committee, added: "We have created a schedule that best serves the interests of the athletes, including Hungarian athletes and the audience.

"There will be a lot of competitions late in the evening because that will be the right weather for the athletes.

"Our aim is for the World Championships to strengthen Hungarian athletics, to achieve the best results and to make this wonderful sport as popular as possible." 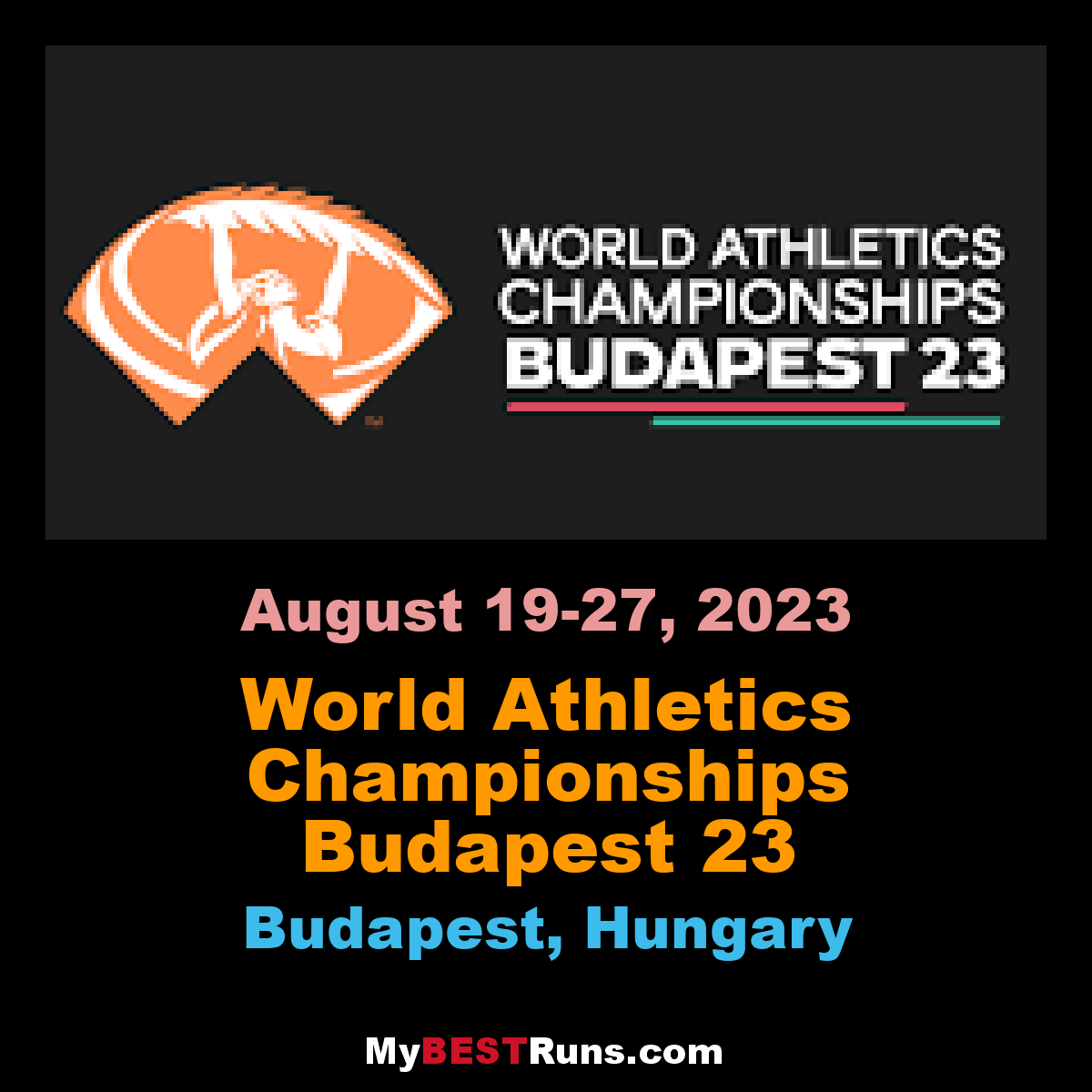 From August 19-27, 2023, Budapest will host the world's third largest sporting event, the World Athletics Championships. It is the largest sporting event in the history of Hungary, attended by athletes from more than 200 countries, whose news will reach more than one billion people. Athletics is the foundation of all sports. It represents strength, speed, dexterity and endurance, the... 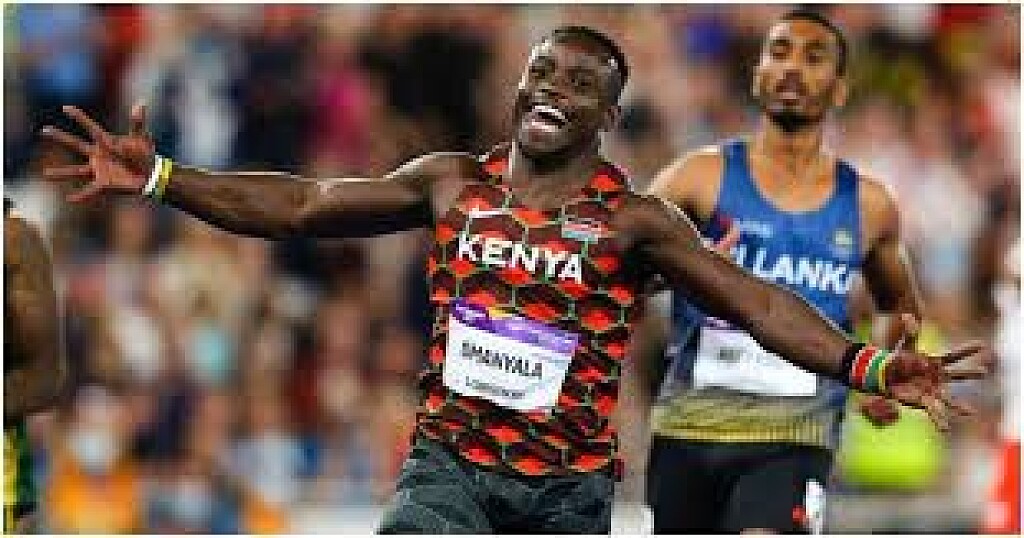 However, most athletes and coaches say it will be a tall order to achieve them. 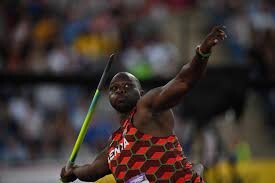 World Athletics have shortened times for most track events as well as increased the distances in field events save for men's 400m and women's 800m where it has eased the the standards compared to the World Athletics Championships held last month in Oregon, United States.

The men and women's 20 kilometers race walk and marathon qualifying times have been reduced.

As was the case in 2019 and 2022, athletes will be able to qualify for the World Championships by achieving an entry standard or through their World rankings. 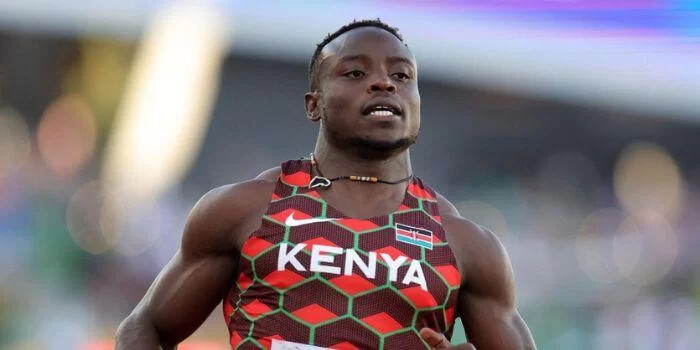 "For instance, the 51.00sec set in women's 400m will be achieved by a handful of athletes. Africa will be most hit," said Kirwa, adding that women will be the most affected.

Kirwa noted that only 34 women have achieved that time in 400m this year including one from Africa, Kenya's Mary Moraa, who posted 50.84 sec in June, which is outside the qualifying period.

"I don't know the logic of the times and distances set but they will have to reconsider them," explained Kirwa pointing out that it's only Edward Zakayo who meets the 10,000m time of 27:10.00.

Kirwa said not even Daniel Simiu and Kibiwott Kandie who returned personal best times of 27:12.26 and 27:20.34 to settle for silver and bronze at the Commonwealth Games attained that time.

"No athlete attained that time even at the World Athletics Championships in Oregon," said Kirwa. "It will simply discourage many athletes and that isn't growing the sport. It will continue to push many to road racing."

Omanyala said the bar is a bit too far for some athletes to meet.

"This year, we have only 25 going under 10 seconds and 11 are Americans. That means the rest of world has to put in the work," said Omanyala, who hopes to attain the set standards in the coming races.

"That means that Athletics Kenya has to put in more electronic races for our athletes to have a chance of qualifying," explained Omanyala.

Yego noted that the move by World Athletics might have been informed by many athletes around the globe having  beaten that distance over the last few years in javelin.

"Most of them are coming outside Europe unlike before," said Yego, adding that it now calls for serious training program and many pre competitions.

"Africa will be the most disadvantaged because few athletes get the chance to compete in many events," explained Yego.

The leading hammer performers on the Continental Tour will get wild cards but this is all subject to selection by the athlete's national federation.

Area champions in selected disciplines and subject to certain conditions, top-five finishers at Platinum Label marathons during the qualification period and winners of Gold Label marathons held in 2023 shall also be considered as having achieved the entry standard.

The number of athletes in some events has been adjusted, compared to 2022. Most noticeable is in the field events, where the number has been increased from 32 to 36.

The mile – both in-stadium and road mile – will now be a qualifying event for the 1500m, while performances achieved on the road in the 5km and 10km will be eligible for qualification in the 5,000m and 10,000m, respectively.

In addition, the top eight athletes in the world cross country rankings not otherwise qualified through other pathways will be considered qualified for the 10,000m.

From August 19-27, 2023, Budapest will host the world's third largest sporting event, the World Athletics Championships. It is the largest sporting event in the history of Hungary, attended by athletes from more than 200 countries, whose news will reach more than one billion people. Athletics is the foundation of all sports. It represents strength, speed, dexterity and endurance, the...