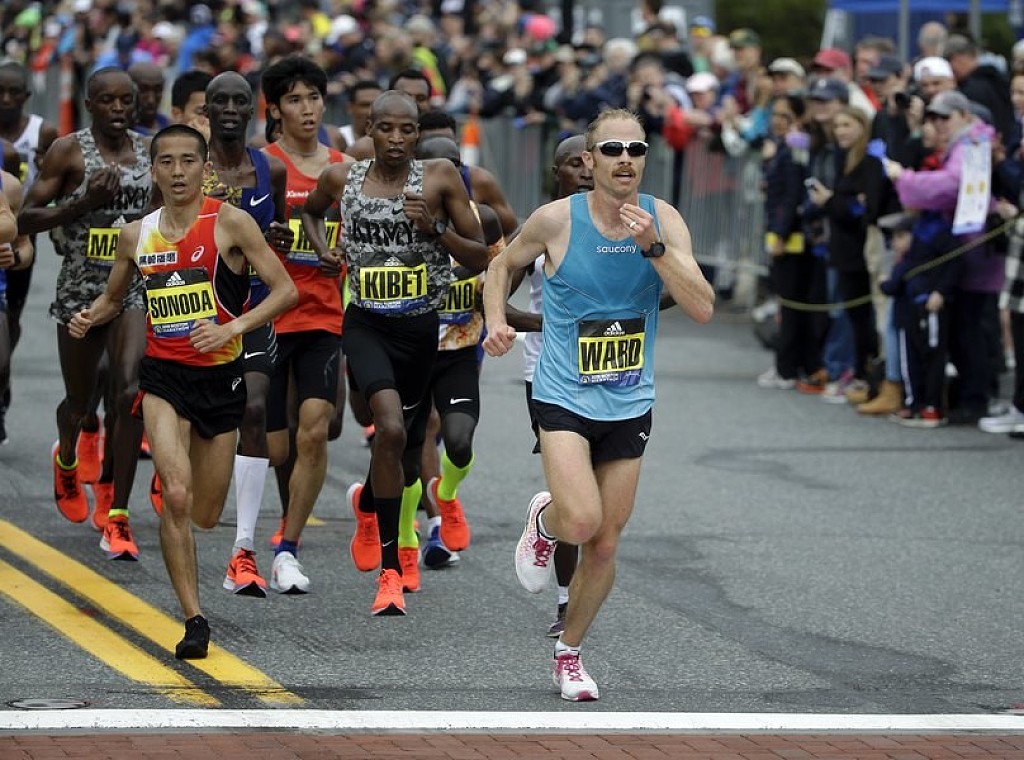 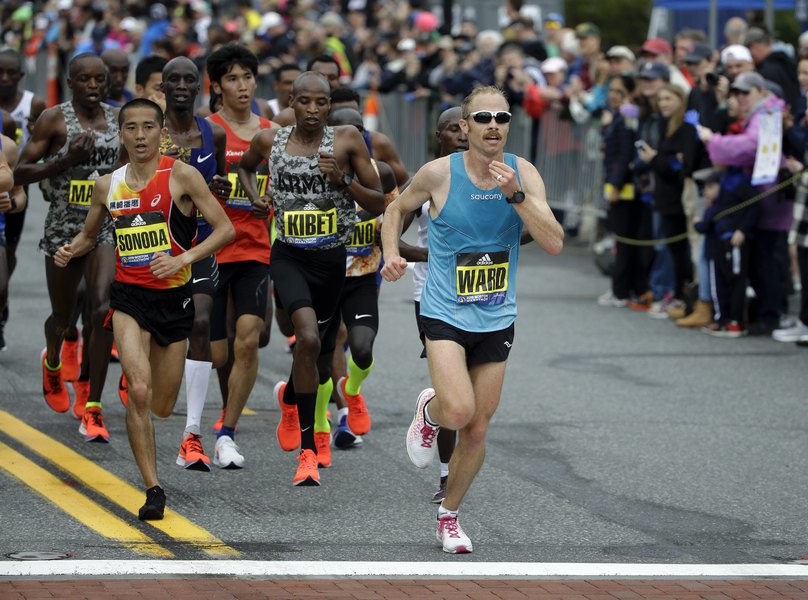 Year-in, year-out, no American half marathon assembles better fields than Houston. In addition to being the site of both the men’s (Ryan Hall, 2007) and women’s (Molly Huddle, 2018) American records, there is always a deep list of sub-60:00 men and sub-67:00 women on the start line. Last year, Brigid Kosgei kicked off one of the greatest years in the history of distance running with a win in Houston.

The international fields in Houston, which takes place on Sunday, are strong once again. But from an American perspective, the more intriguing storyline is the impending US Olympic Marathon Trials, to be held in six weeks’ time in Atlanta. Several top Trials contenders — Molly Huddle and Sara Hall on the women’s side, Jared Ward and Shadrack Biwott on the men’s — will be racing on Sunday, and while no result will make or break their Trials hopes, it does give us one last piece of evidence to go on.

When Huddle debuted in the marathon, placing third in New York in 2016, it looked to be the first step in a journey that would culminate at the 2020 Olympic marathon. Among Americans, Huddle was the queen of all distances between 5k and the half marathon and her grind-it-out style seemed well-suited to marathon success. 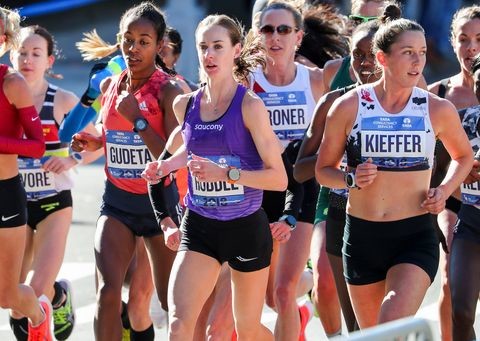 Katy Jermann (née Moen) and Molly Seidel both ran 70:27 last year, tied for third-fastest in the US. Of the two, Seidel, who in 2015 broke the “Foot Locker curse” to win the the 2015 NCAA XC title, is the more intriguing prospect. Seidel had never run a half before October 2019, but Houston will be her third in three months, and she plans to make her marathon debut at the Trials.

With a 2:09 in Boston and two sixth-place finishes in New York, Jared Ward has been the most consistent American marathoner over the last 18 months. Beating him on Sunday doesn’t guarantee a repeat result next month in Atlanta, but it would be a positive sign for the other Olympic hopefuls in this field. 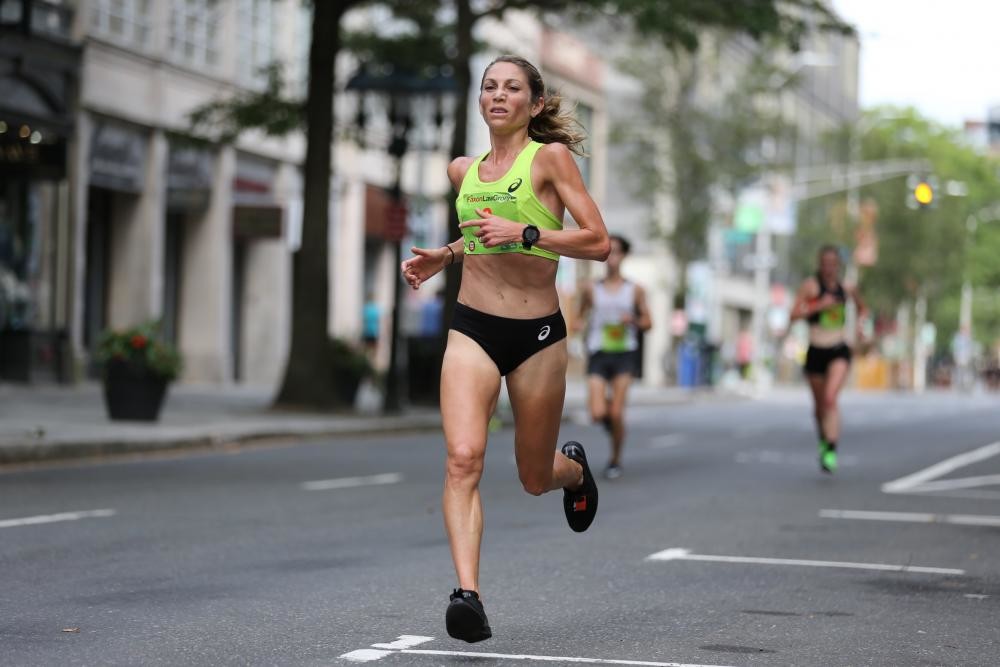 With a high of 59, the temperature looks great for running on Sunday, though 13 mph winds mean the conditions won’t be perfect. Still, with the talent on hand in Houston, there should be competitive races up front. In the men’s race, there’s no clear favorite.

Ethiopia’s Jemal Yimer (58:33), the fourth-fastest man ever, was a close second last year after taking a wrong turn late in the race. He went on to run 59:09 in Valencia in October, where he finished two seconds behind Kenya’s Bernard Ngeno, also entered in Houston. Andamlak Belihu had a terrific 2019 (26:53/59:10, 5th at Worlds in 10k), while the last two Houston champs, Shura Kitata of Ethiopia and Jake Robertson of New Zealand, return as well. 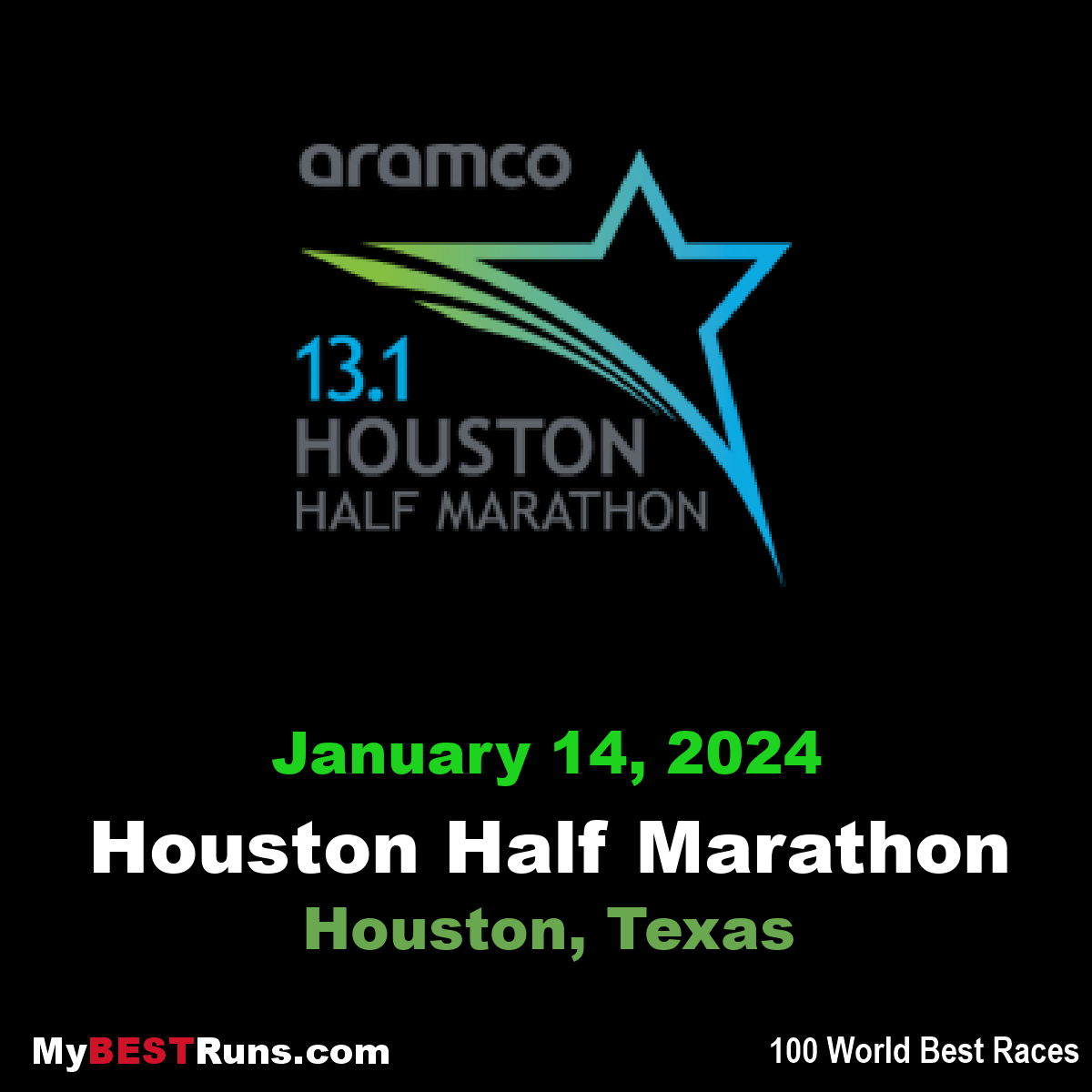 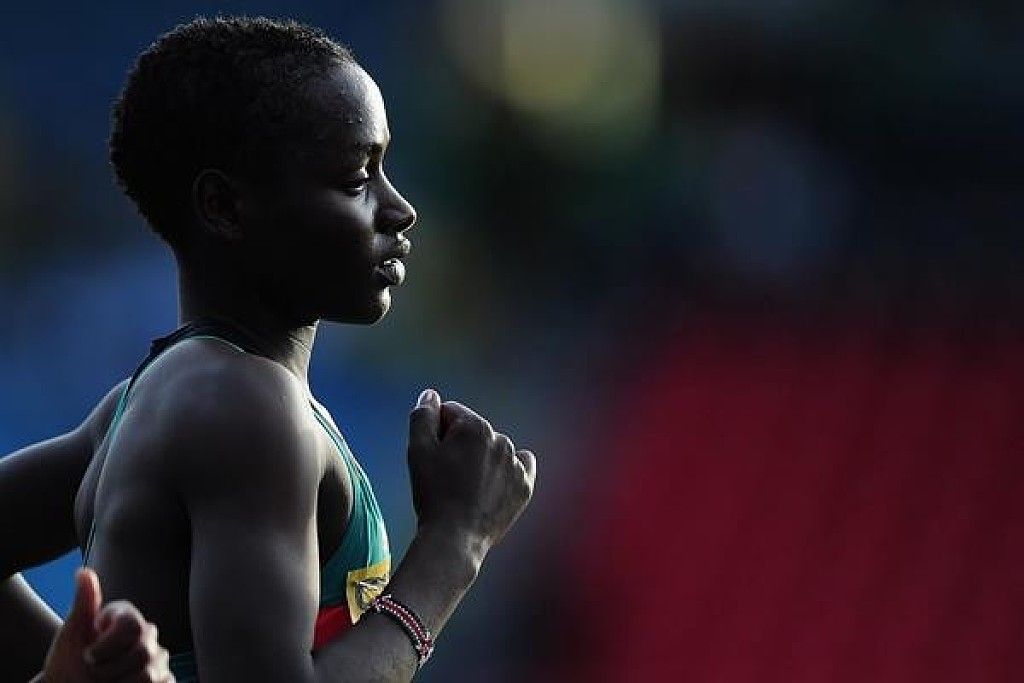 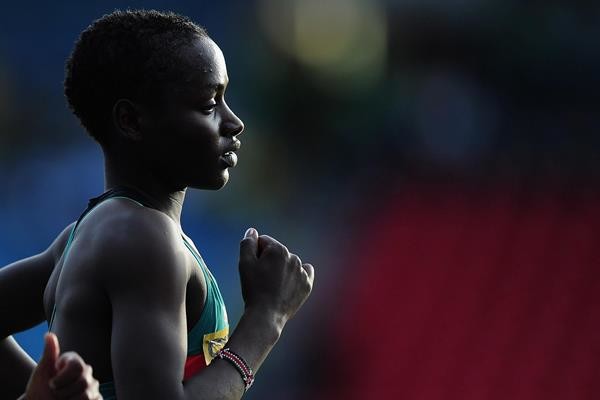 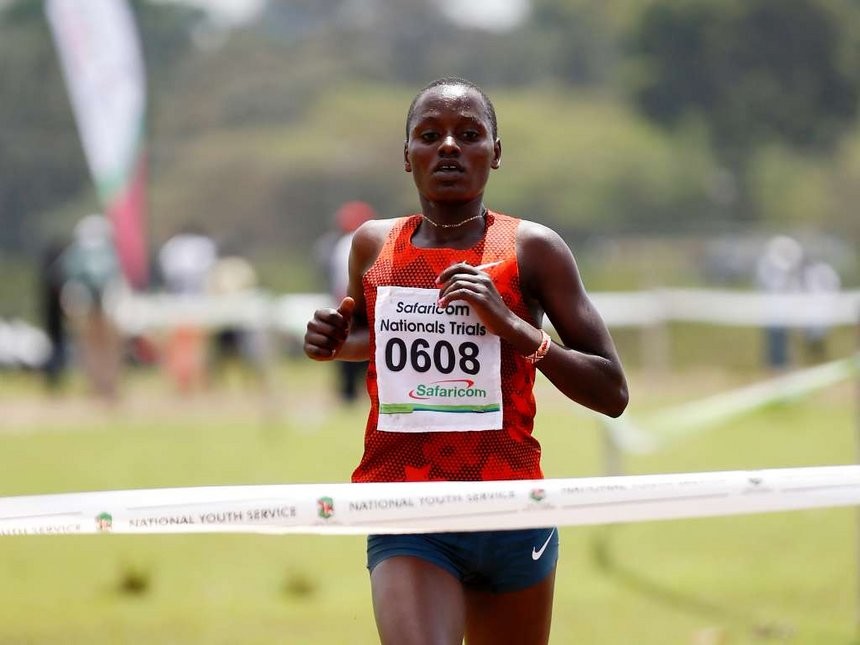 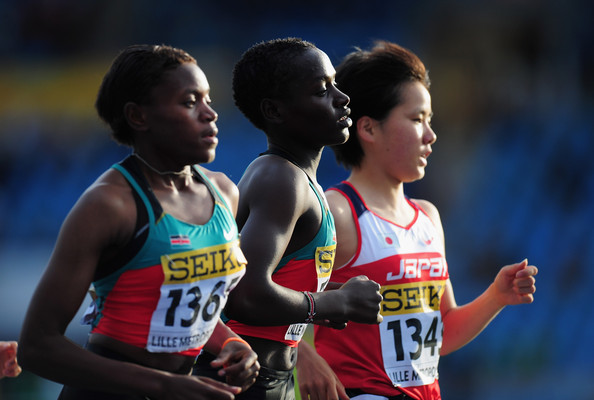 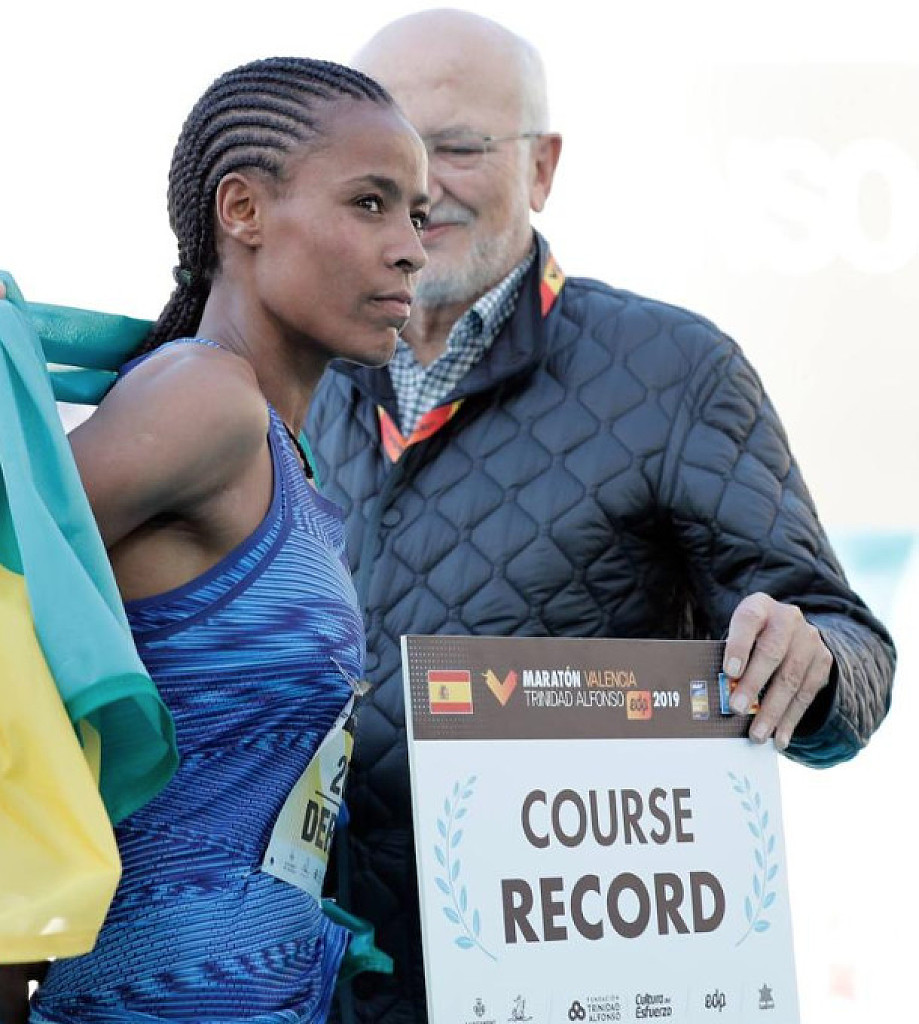 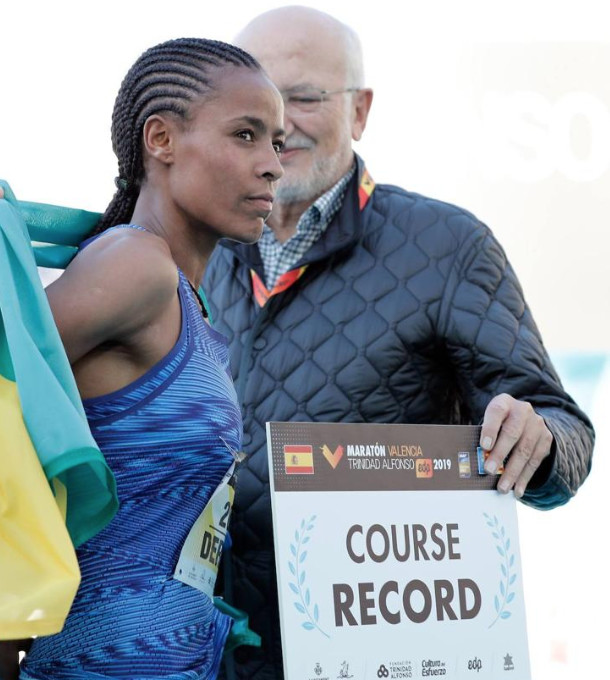 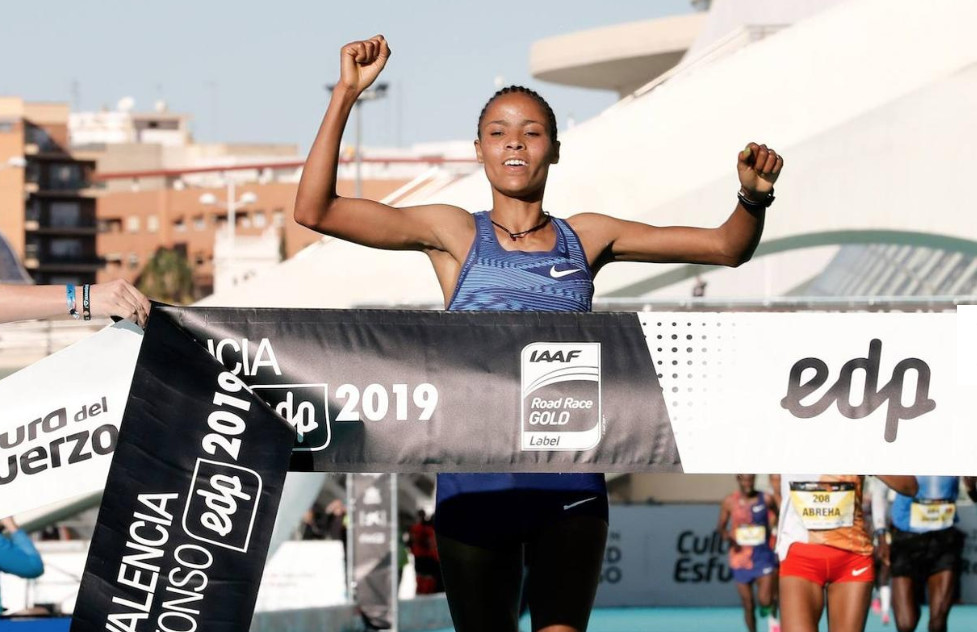 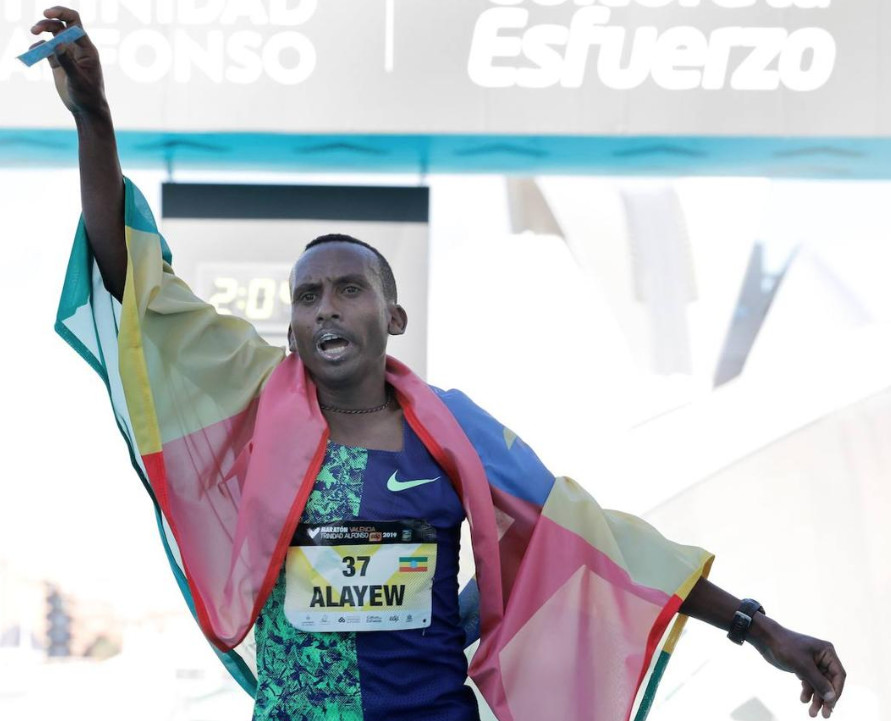 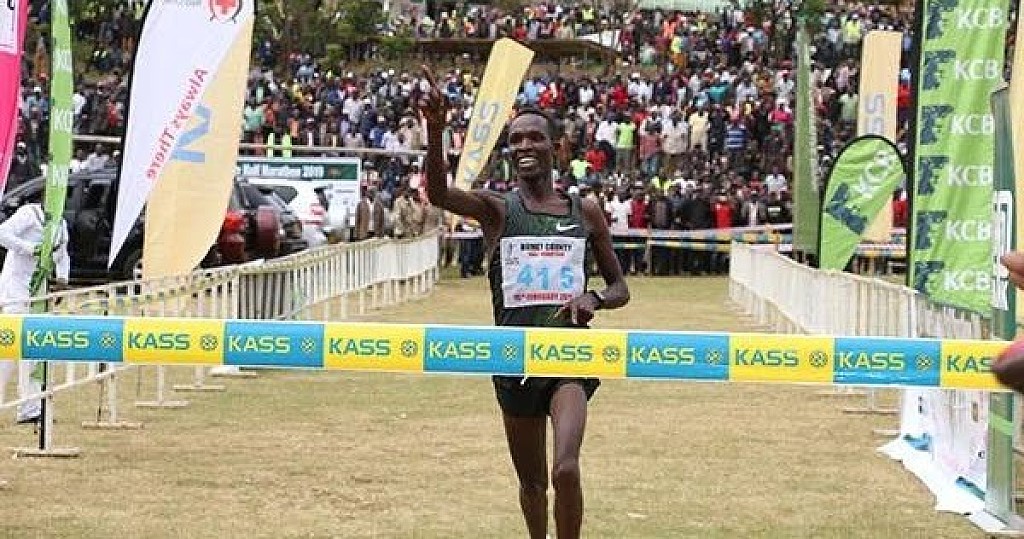 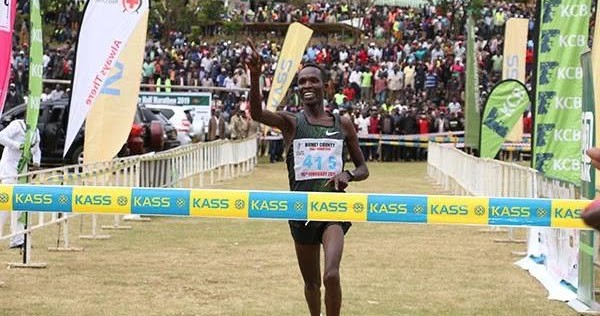 Istanbul champion Bernard Ngeno will face off with three-time Geoffrey Kamworor at next weekend’s Copenhagen Half marathon.

Ngeno, who defended his Chemususu Half marathon title on Saturday, said he is excited that he will face his mentor and idol in Copenhagen as he seeks to add another 21km feather on his hat.

Ngeno, who has been longing to compete Kamworor in half marathon, became the first person to defend the title at Kaptagat as the event entered its 6th edition. 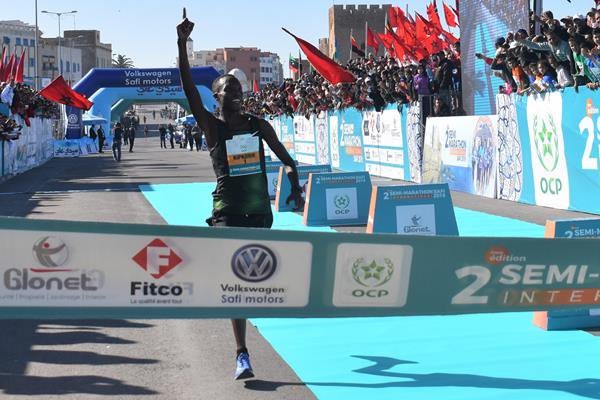 “I will feel great that I will be facing Kamworor in Copenhagen. I have been looking upon him as my mentor and I feel this is the right time to run against him. I know he is strong enough but that will not stop me from running my best because I will be running against time, not an individual,” said Ng’eno. 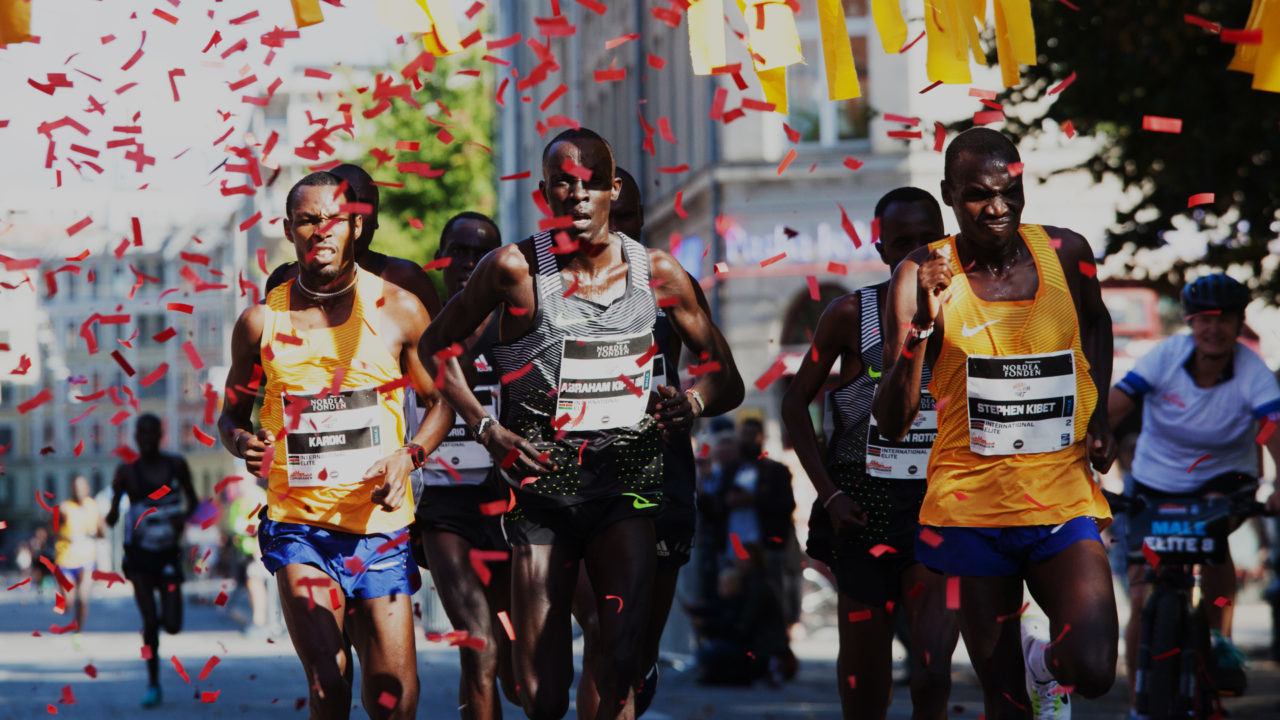 Following his maiden victory at Chemususu in 2018, Ngeno went ahead to claim Istanbul Half Marathon title before winning Bomet and Sifa half marathons.

The Sotik-based runner went to Istanbul as a pacesetter but went ahead to win the race. He finished sixth at the at Valencia Half Marathon in a personal best time of 59:22. “As a pacesetter, I was told to pace up to 12km but I had the option of finishing the race, which I did and left with the goodies,” added Ngeno.

The athlete, who trains in Kaptagat said the course was too difficult especially at the muddy section, just before the finish line. 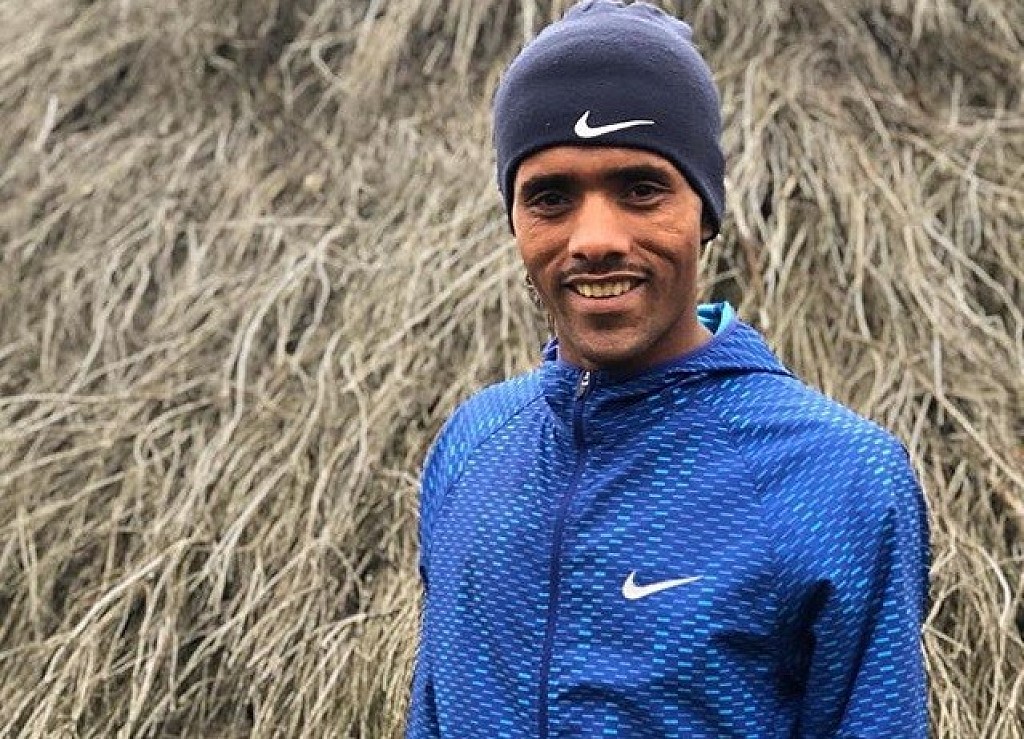 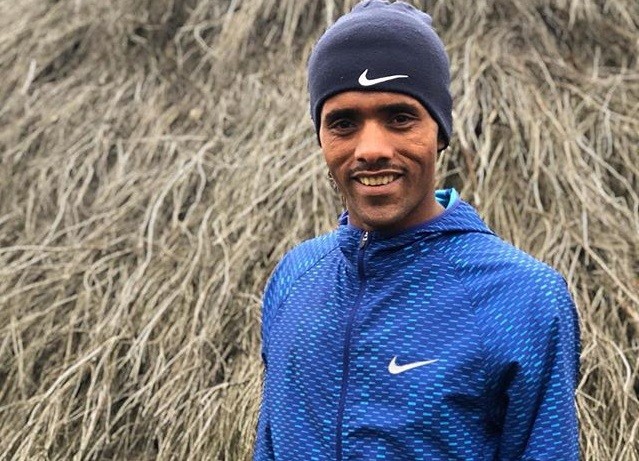 The Bahrain Night Half saw some very fast results as runners chased one of the biggest prize purses in road racing. The top four men were only separated by seven seconds and with $100,000 USD on the line, that’s a painful margin to lose by. Abadi Hadis took the win in 59:42, he was followed by Jemal Yimer in 59:45, Bernard Ngeno was third in 59:47 and Fikadu Haftu was forth in 59:49. 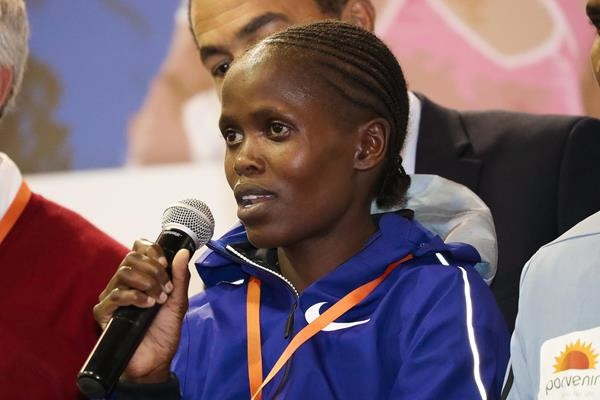 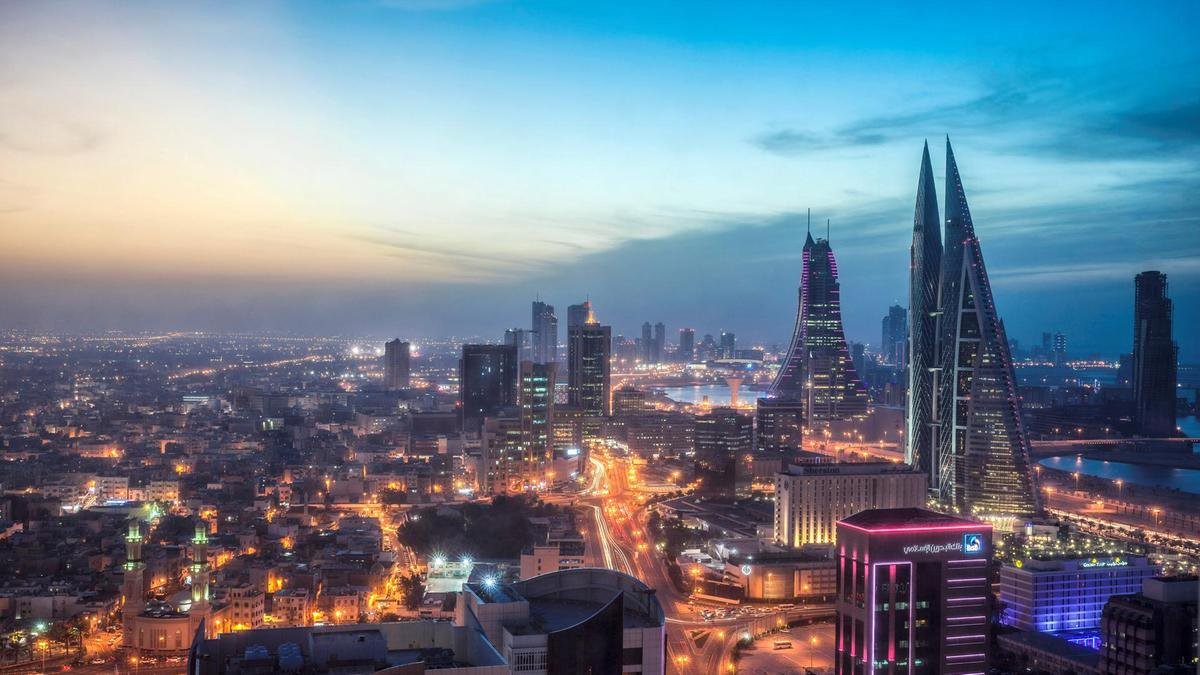 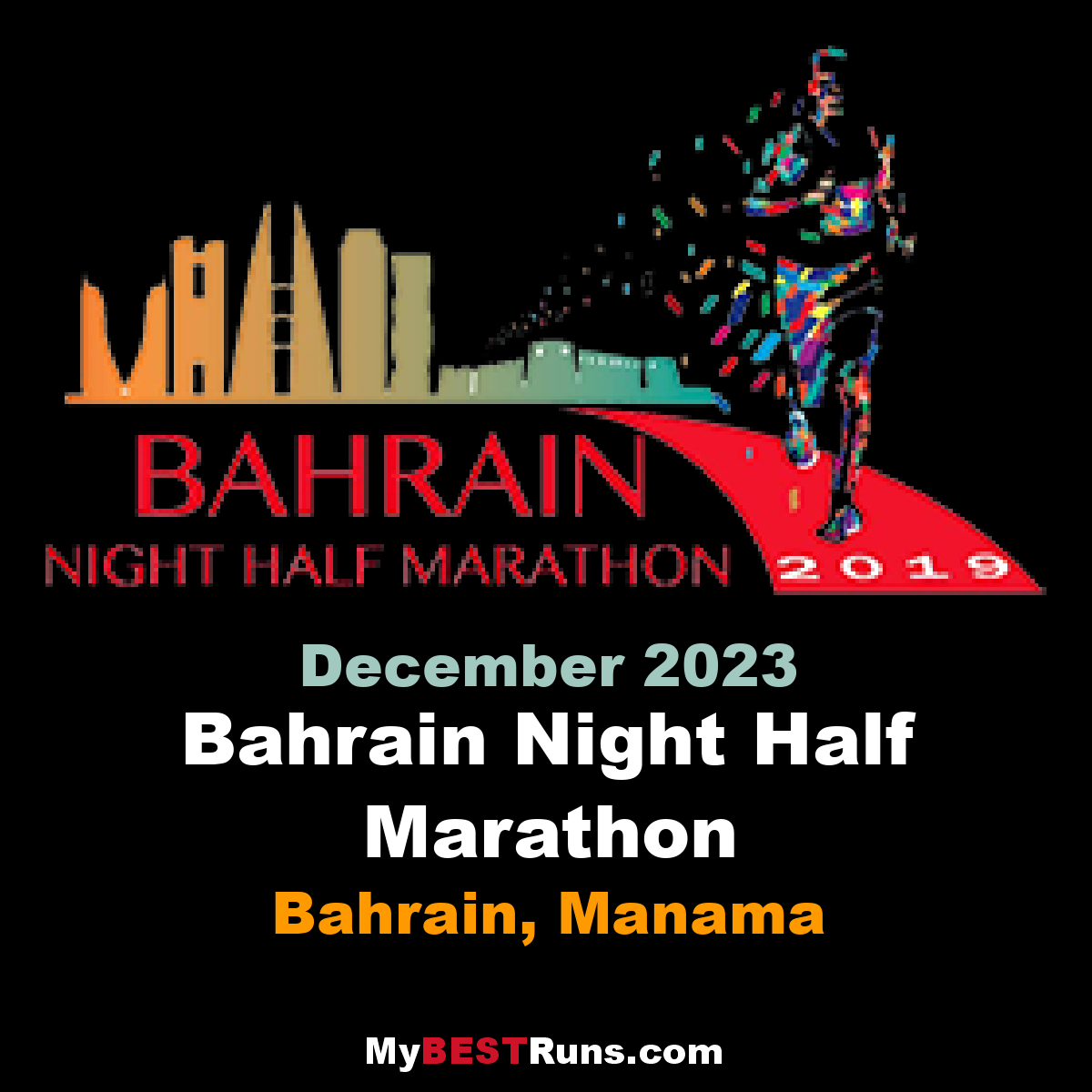 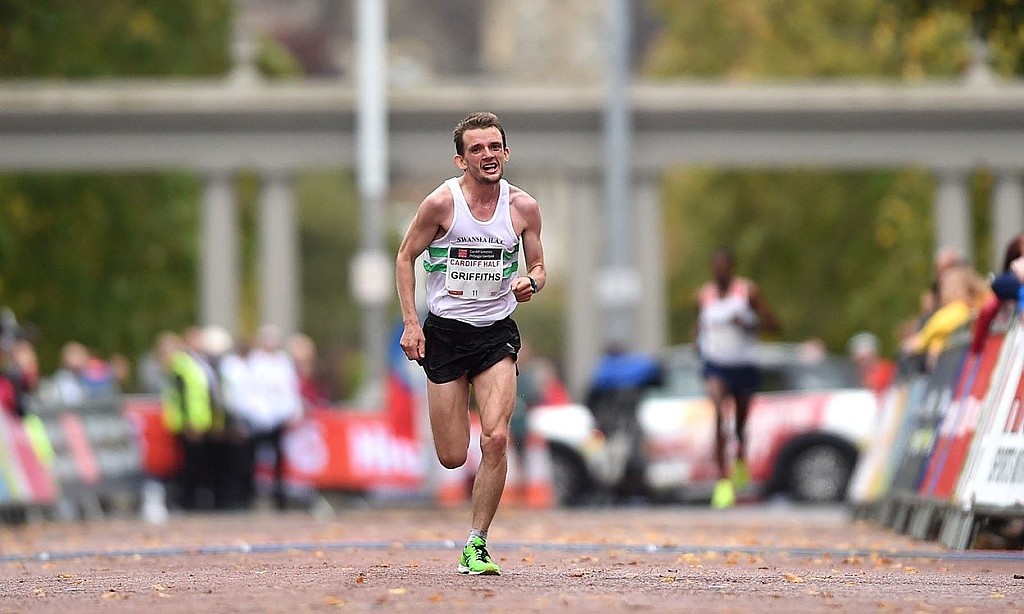 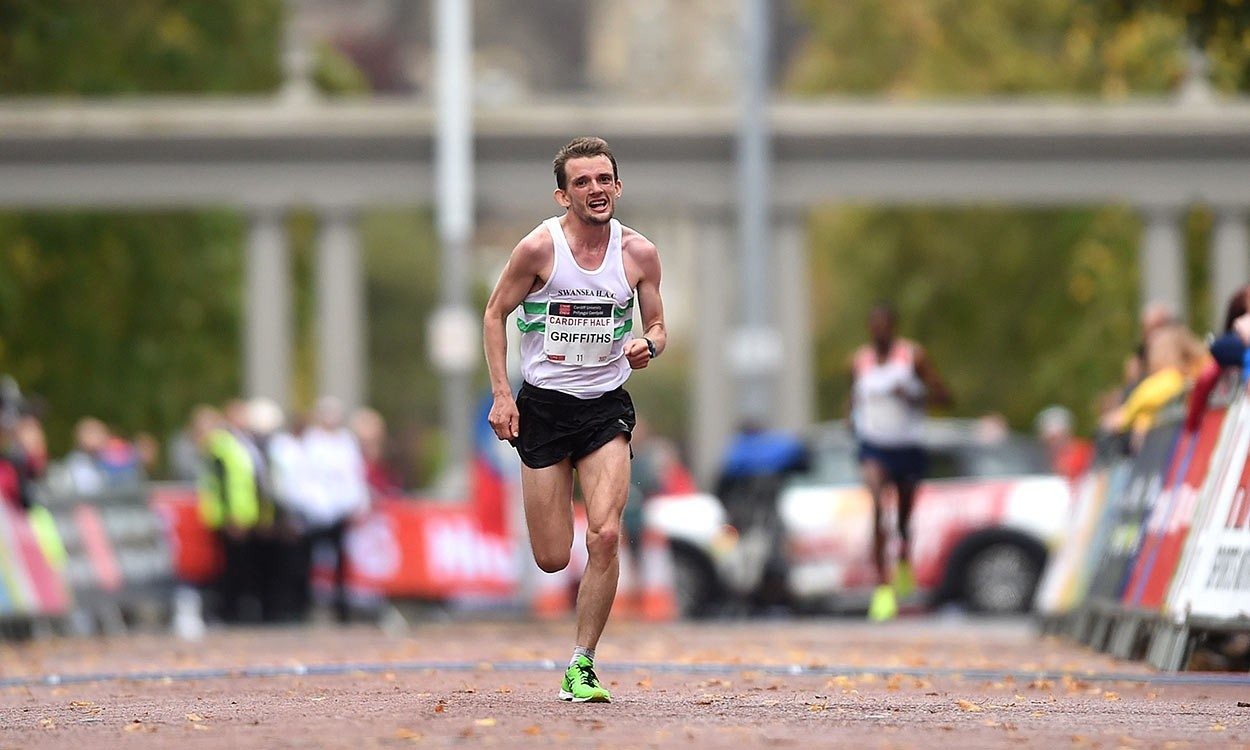 British athlete Dewi Griffiths will be running the Houston half marathon

Dewi Griffiths will line up in the half marathon hoping to lay down a marker before making a return to marathon racing later this year.

Griffiths made a steady return to action in the latter part of the year, building up to a 1:02:55 performance at the Cardiff hosted Commonwealth Half Marathon Championships in October, before ending on a high with a 28:49 10k at the Corrida de Houilles in France. 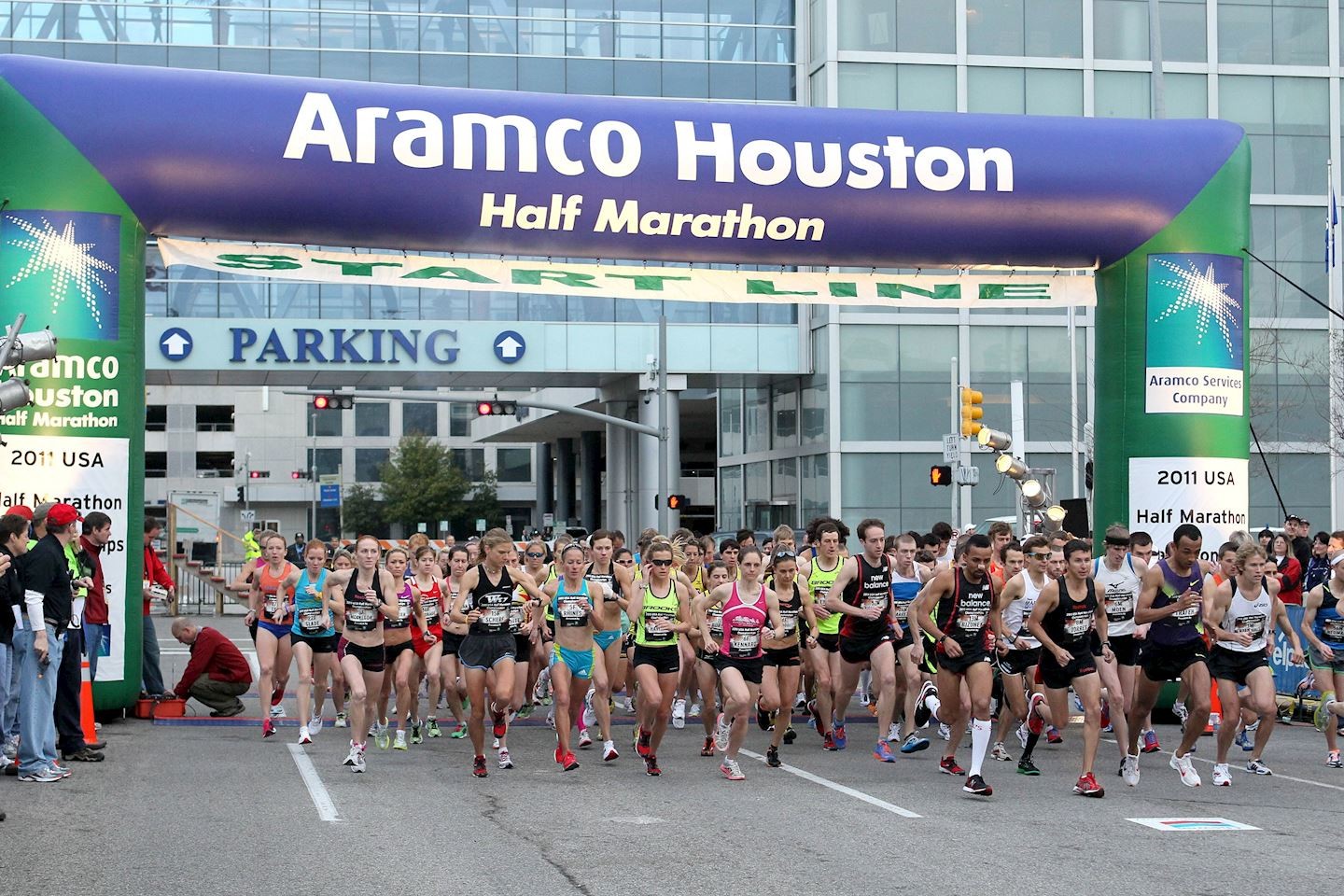 Among those Griffiths will face are five sub 60 minute athletes, including Kenyan trio Bedan Karoki Muchiri, Bernard Ngeno and Geoffrey Koech, while USA’s Shadrack Biwott and Bernard Lagat are also in the field.