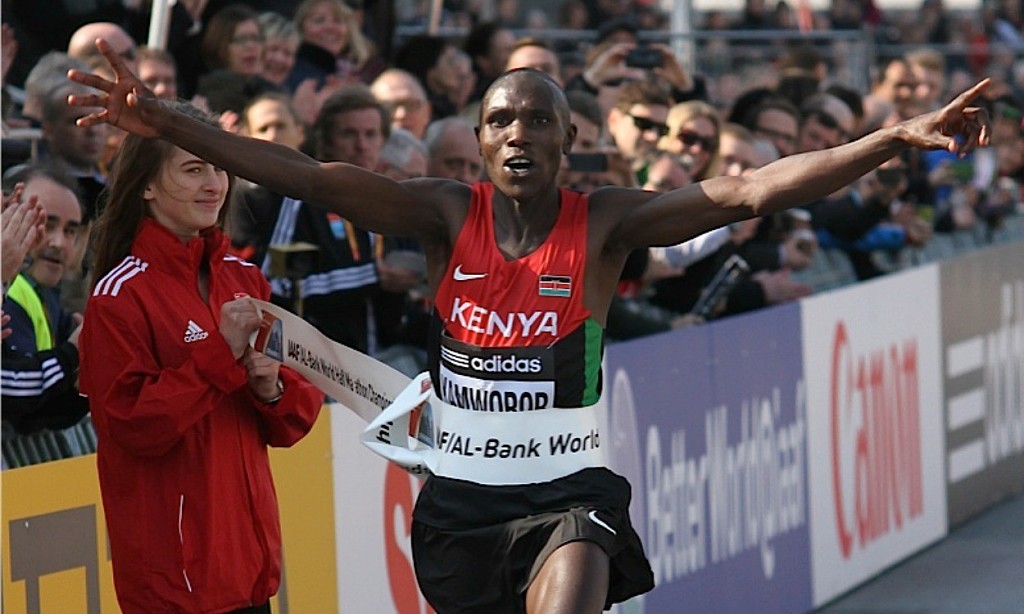 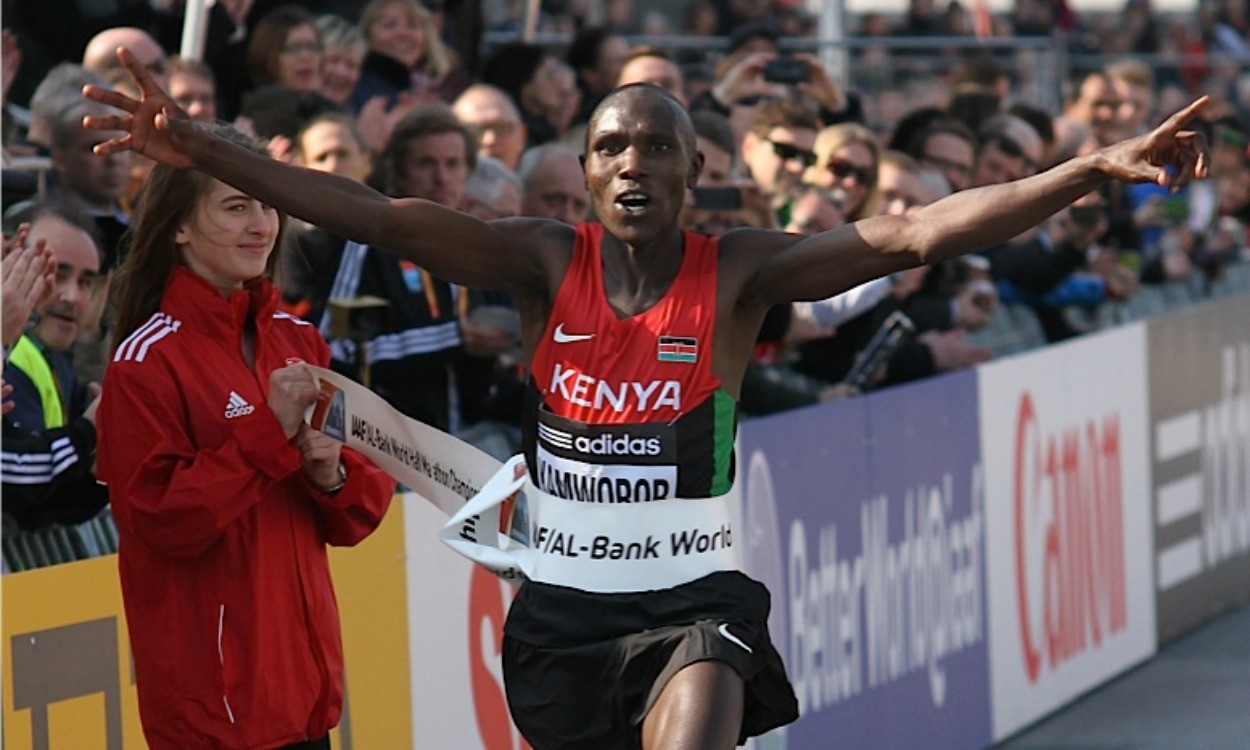 Having said earlier this month that he intended to contest the 10,000m title in the world championships for a third time. 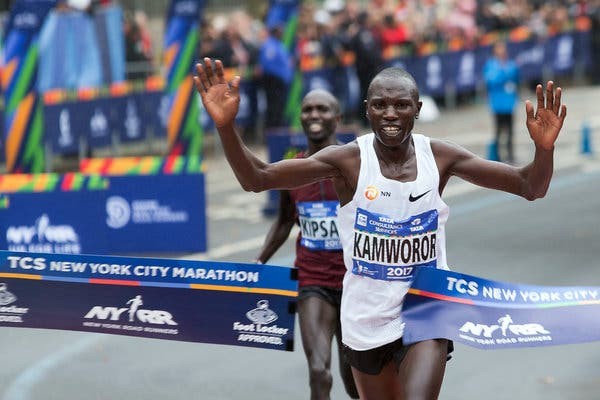 Kamworor, who recently won Kenya’s national championships in the 10,000m, says he prefers to focus on the TCS New York City Marathon, which he narrowly won in 2017 over countryman and former world record-holder Wilson Kipsang. It was Kamworor’s eighth marathon. This year’s event runs November 3, which is only 10 weeks away.

Kamworor, who has also won the world half-marathon championships three times, made the announcement today, after winning the 10,000m title over Rhonex Kipruto and Rodgers Kwemoi in Nairobi yesterday. (Kipruto ran the fastest 10K time on American soil at the Peachtree Road Race in Atlanta last month in 27:01. 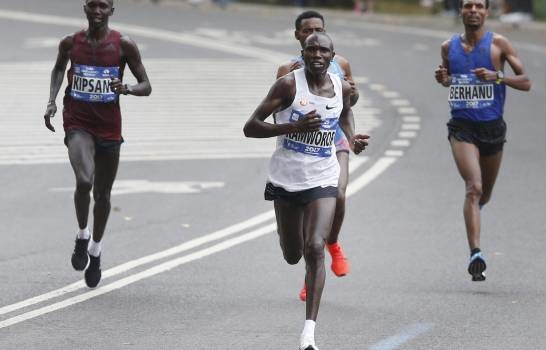 Sir Mo Farah of the UK has won the last three world championships, but Farah, too, has given up the track in favour of the marathon. He will race the Bank of America Chicago Marathon on October 13.

According to the announcement, Alex Oloitiptip has been selected to represent Kenya in the 10,000m in Doha.