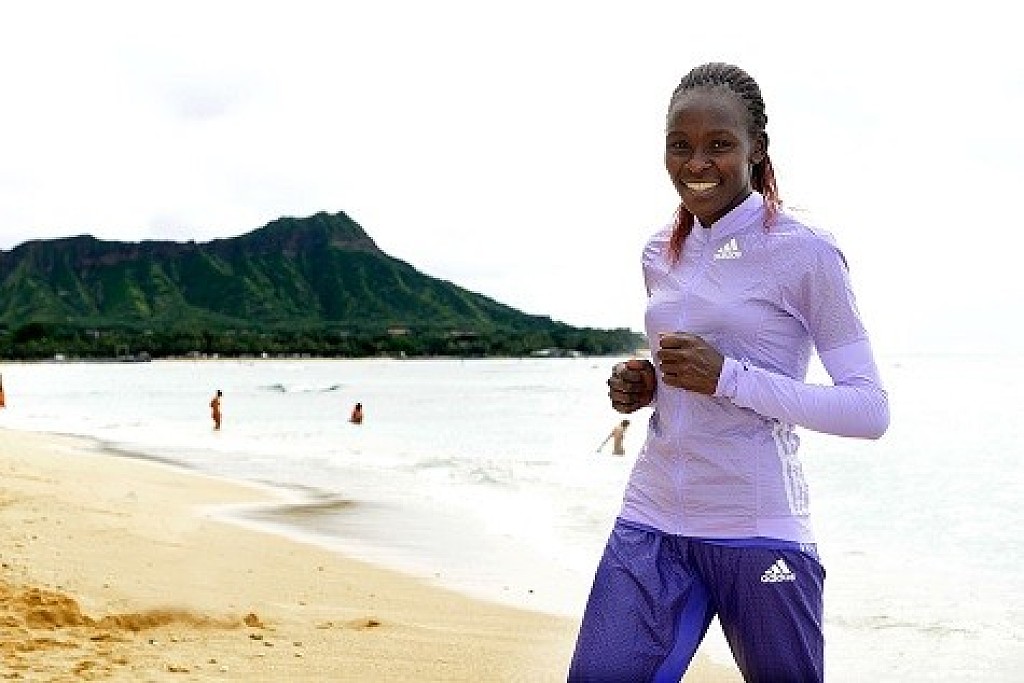 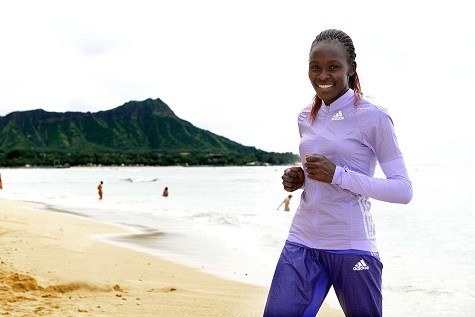 Former marathon champion Joyce Chepkirui said she is returning home to reclaim her crown on Sunday when she lines up on the streets of Honolulu, Hawaii. The 30-year-old has chalked up podium positions in New York, Boston and Amsterdam this year, and finished fourth at the Istanbul Half Marathon clocking an impressive 1:09:18. "I am comfortable now with the distance," she said on Wednesday. "I am not looking for a fast time, I just want to win." Chepkirui, however, will not be running against the clock alone. She is up against two other Kenyans (Vivian Kiplagat and Sheila Jerotich) as they work out a formula on who will retain the title that was last year won by compatriot and Chicago Marathon champ Brigid Kosgei. "I love it there. The fans, the streets, the whole atmosphere. I'm happy to be going back to Hawaii," she added. Chepkirui has not finished a marathon since November 2016 when she was fourth at the New York City marathon. This year in Boston in April, she was among the many that fell by the wayside owing to strong winds and rainy weather. But she believes her return to United States will be fruitful. "My coach and husband Erick Kibet has helped me get back in shape. He understands me well and he helps me in training. Now I want to see how fast I can run," she said. Chekpirui rued the withdrawal of compatriot and world half marathon record holder Joyciline Jepkosgei, who was all set to debut in marathon, but missed her step to twist her ankle in training last week. (12/06/2018) ⚡AMP 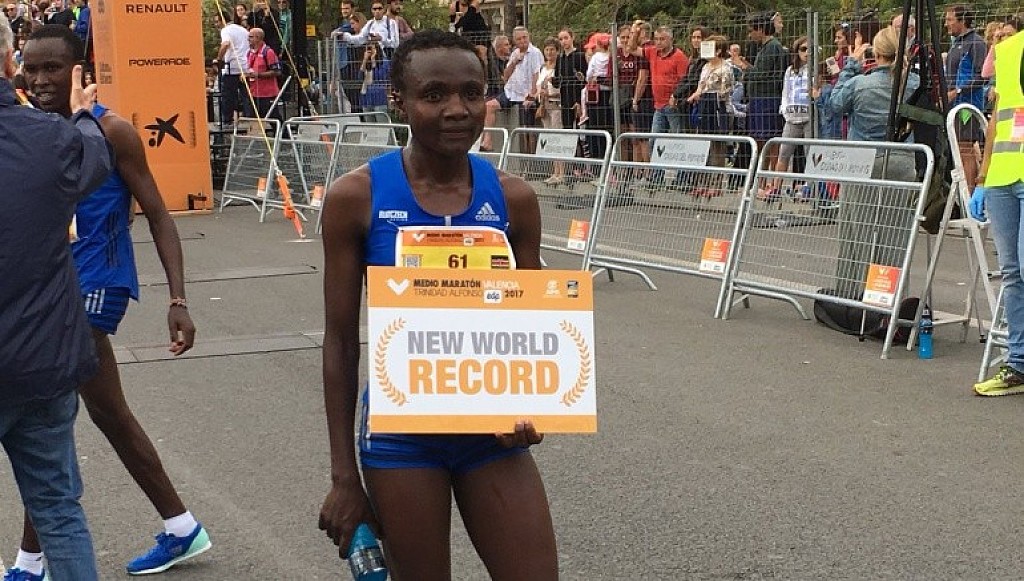 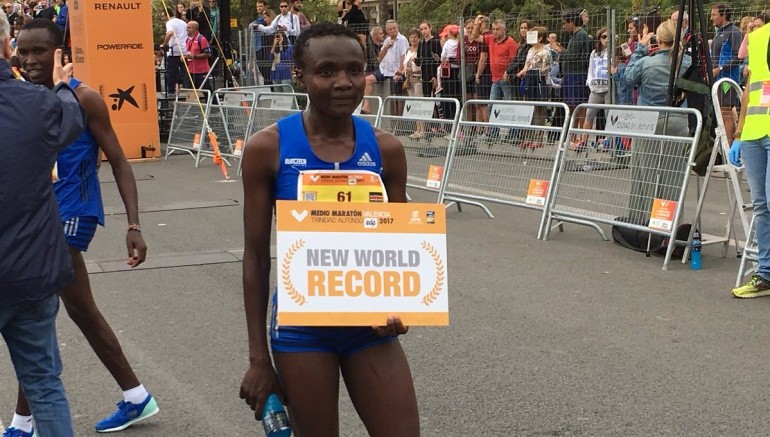 World half marathon record holder Joyciline Jepkosgei, who was to make her marathon debut at this weekend’s Honolulu marathon, now has to wait longer to realise the dream after she picked up an injury. The 24-year-old, who was lining up for her first marathon race after a brilliant show in the half marathon, twisted her leg during training while preparing for her debut. “I will not be running on Sunday because the injury I sustained means I could not have finished,” said Jepkosgei. “My preparations were going on well and apart from the small injury, I would have made history. It's a new race for me because I have not participated in a full marathon but I believe in my training,” added Jepkosgei who trains under the guidance of her husband Nicholas Koech. Jepkosgei further said that she will continue training once she heals as she looks forward to taking part in other races next year. “I look forward to running one of the marathons maybe early next year once the injury heals,” she said. Her withdrawal leaves former Honolulu Marathon champion Joyce Jepkirui, Vivian Kiplagat and Sheila Jerotich to battle it out for the crown won by Brigid Kosgei last year. (12/04/2018) ⚡AMP 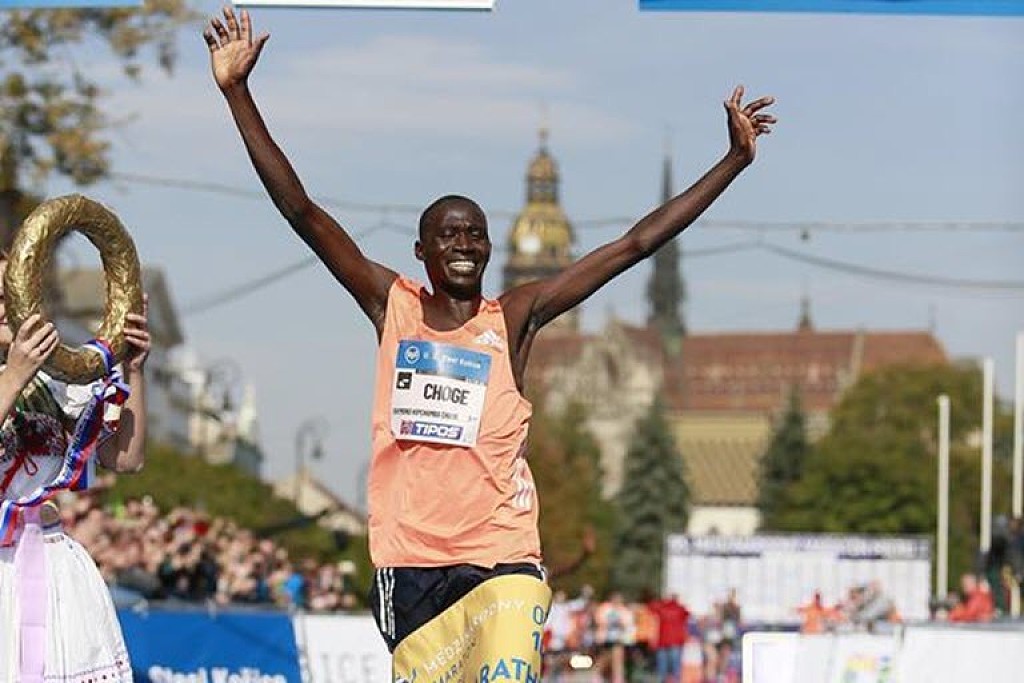 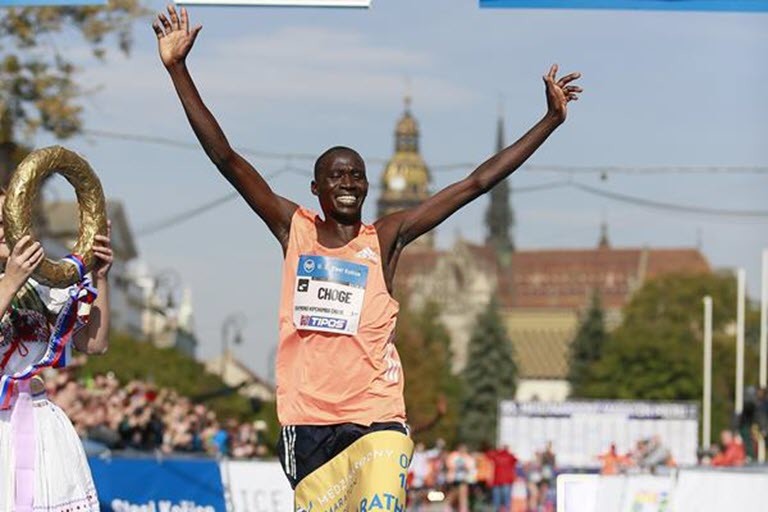 Running in pleasant conditions, Choge outsprinted Ethiopian Aychew Bantie over the final 400 meters to take the four-second victory in 2:08:11, a personal best and the third best winning time in Kosice. Bantie’s 2:08:15 was also a lifetime best. Shumet Mengistu, another Ethiopian, was third in 2:08:50, also a lifetime best. Defending champion Reuben Kerio was fourth in 2:09:23 with Nicholas Korir, who was making his marathon debut, rounding out the top five in 2:11:33. “I wanted to be better than last year and I was also hoping for new personal best,” said Choge, who was fifth last year. “My goals were fulfilled, I must be satisfied.” The women’s race provided a surprise. It wasn’t Sheila Jerotich, the defending champion, was followed the fast tempo of set by male pacer Cyrus Kiplagat, but instead it was Ebongon, who debuted in the marathon last spring in Enschede where she ran alone. Here, running with the pacesetter, she reached the half in a promising 1:12:00. Jerotich tried to maintain contact but ultimately dropped back. Ebongon meanwhile was rewarded with a big personal best of 2:27:16 and a course record to secure the fifth Kenyan double at this race. (10/09/2018) ⚡AMP 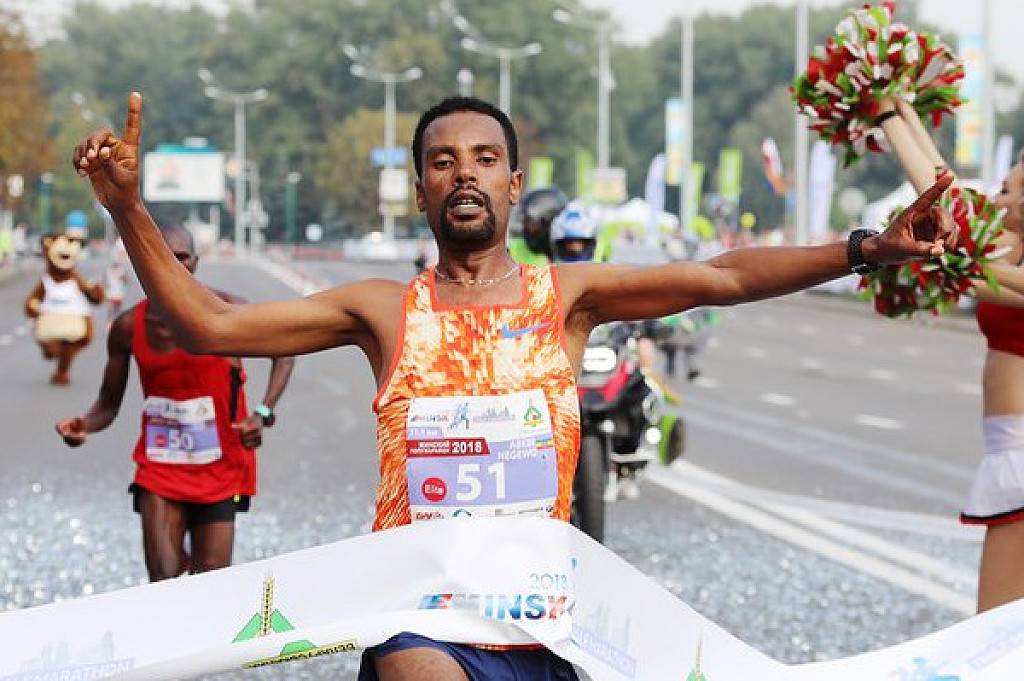 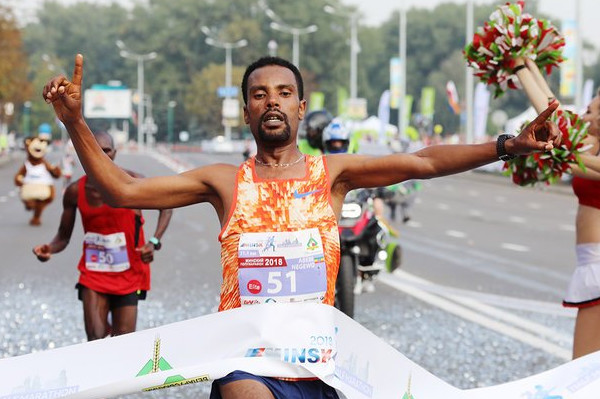