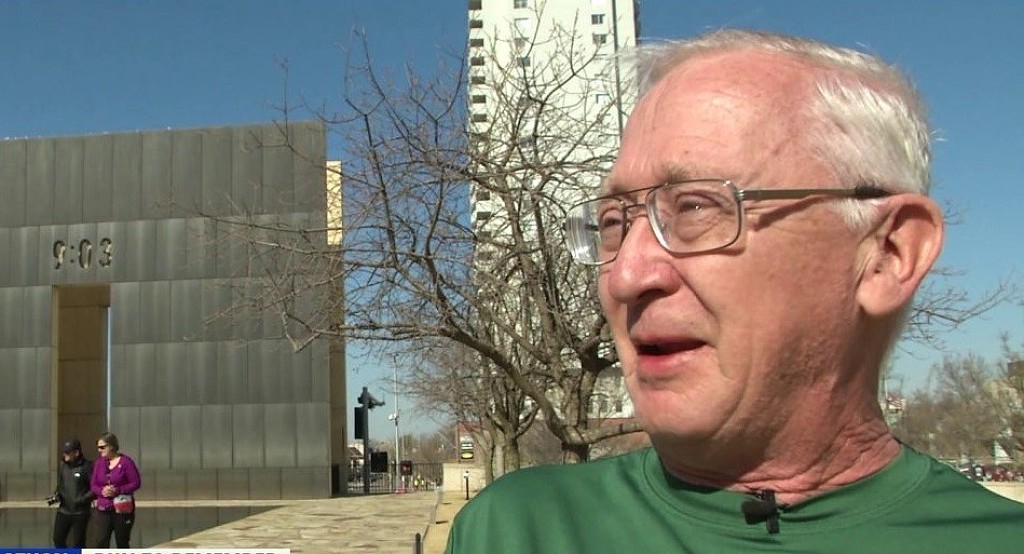 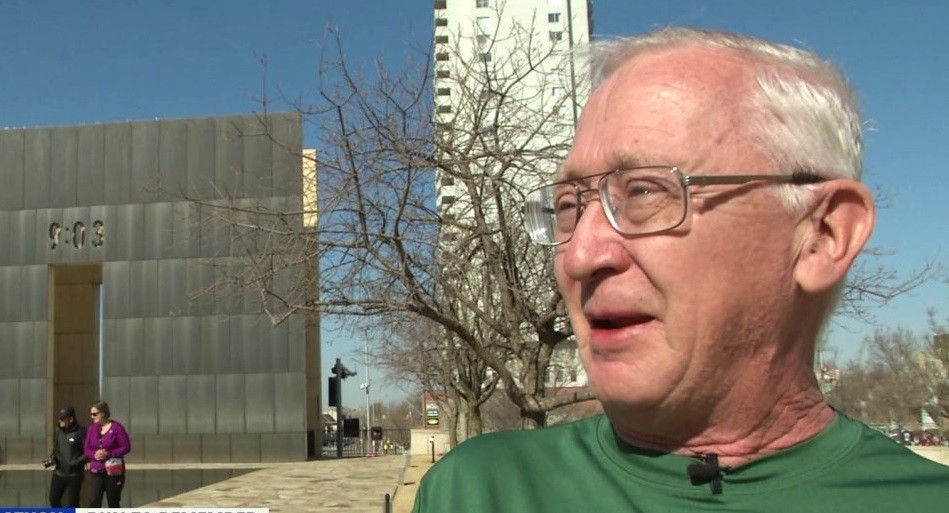 Runners come from near and far for the Oklahoma City Memorial Marathon.

Officials say all 50 states will be represented, along with 11 countries. 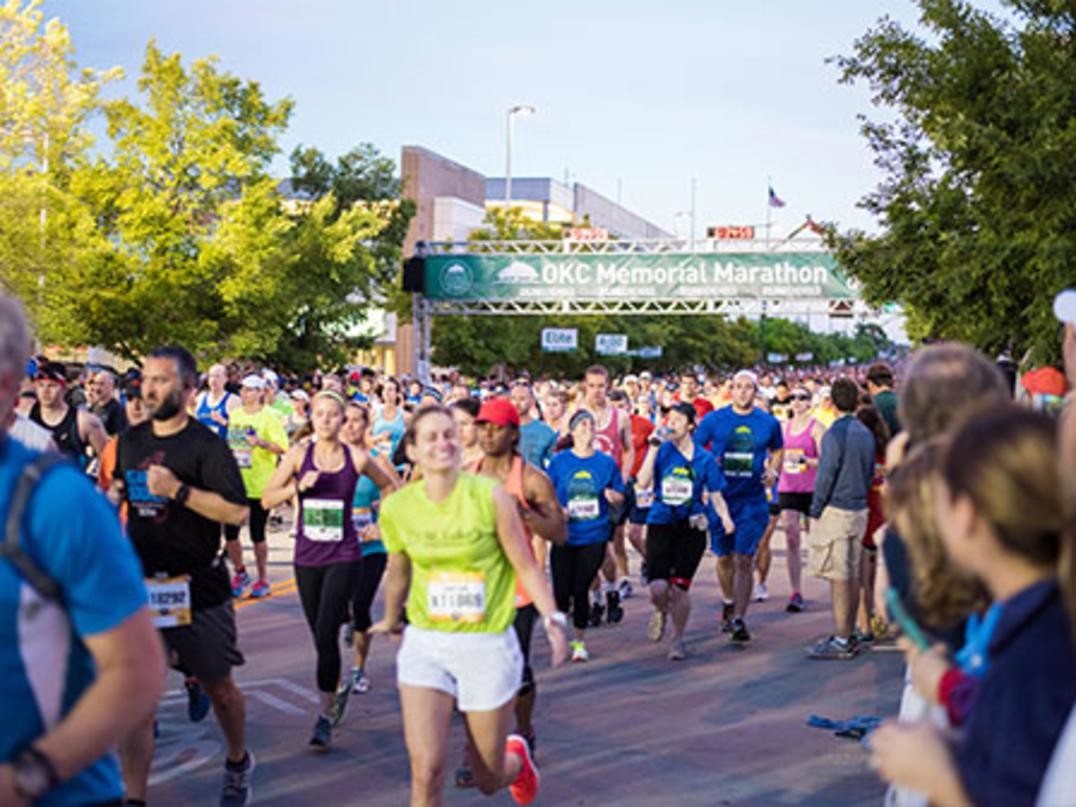 Each runner has their own reason to compete.

For one man who beat lung cancer, the finish line never looked better. 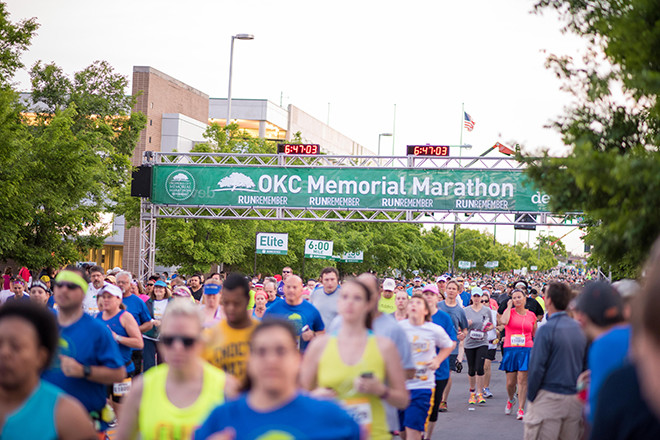 Three weeks later, he underwent a successful surgery and is now cancer free.

"So I'm running now for people who can't run, helping people remember what happened during the bombing. You being there shows that we care about what's going on," he said. 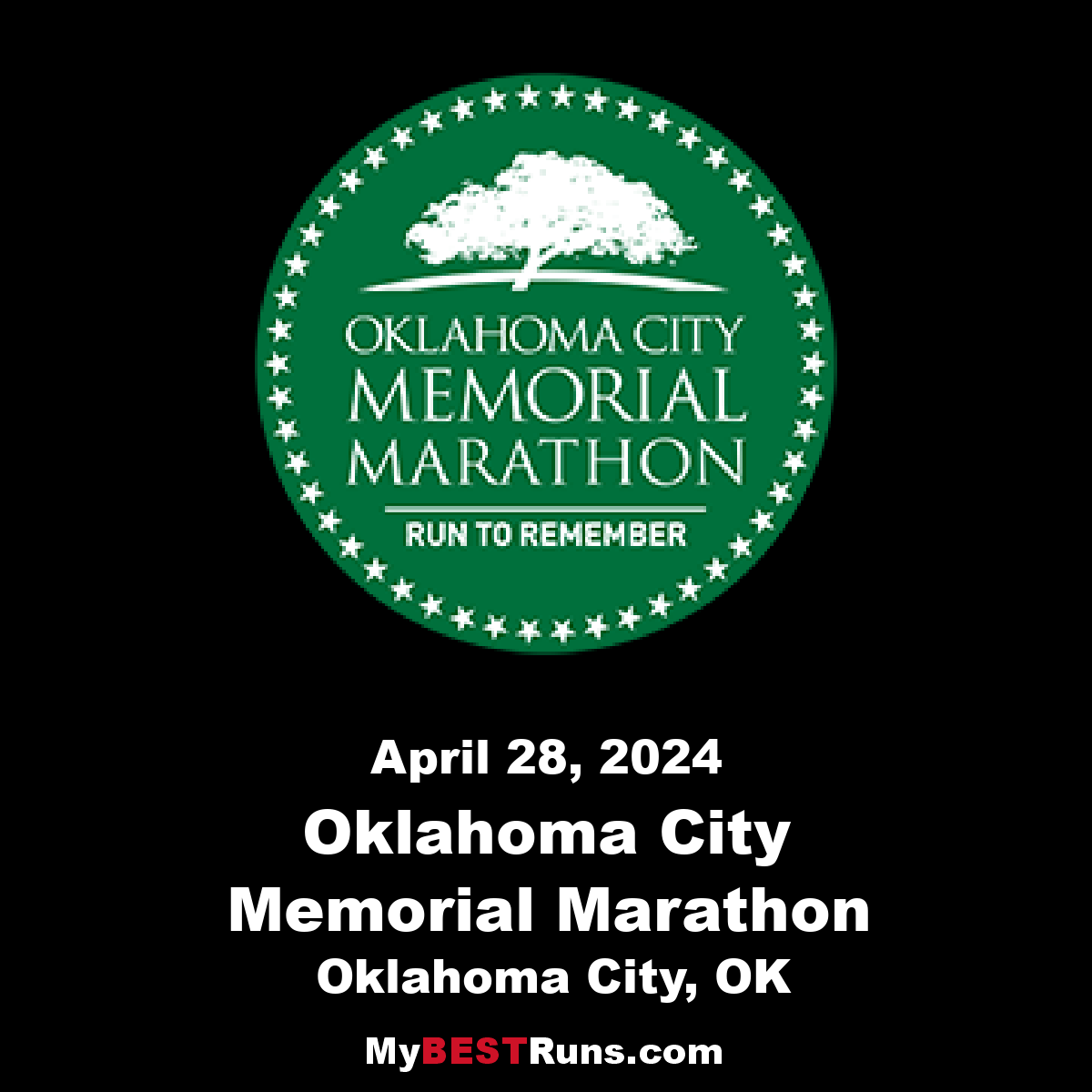 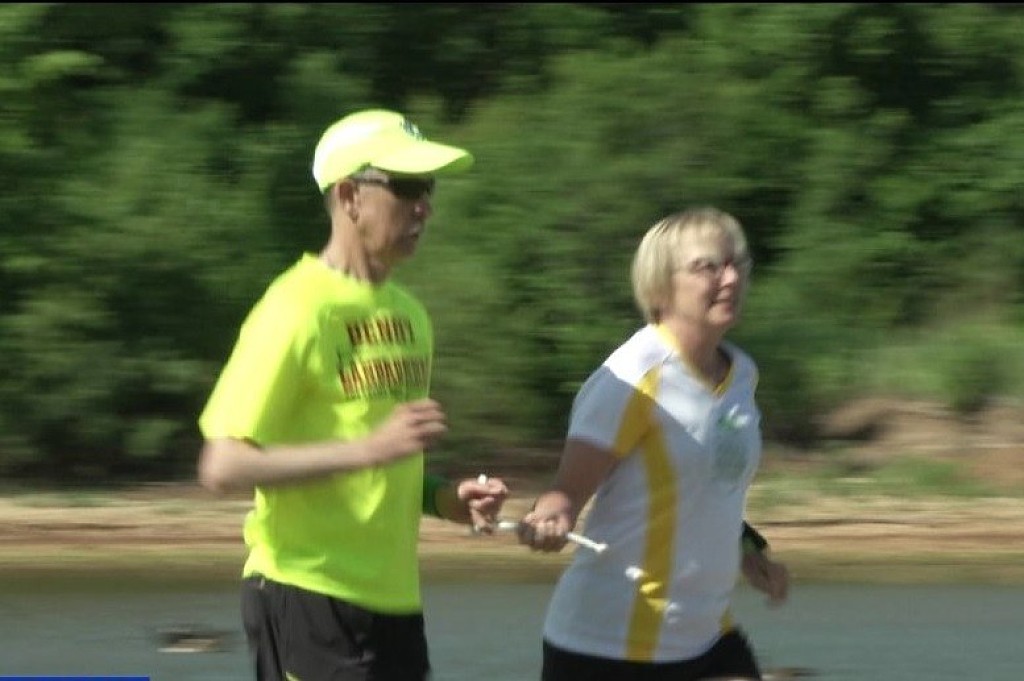 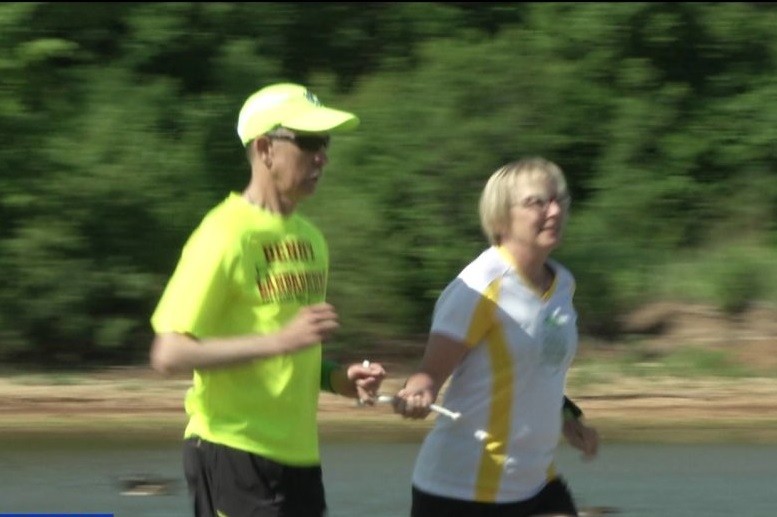 76-year-old Benny Meier is blind, but it doesn’t keep him from competing in the Oklahoma City National Memorial Marathon

Benny Meier has a secret weapon. Her name is Frances Williams.

When Benny runs, Frances is his guide.  Frances uses her eyes and Benny provides the inspiration for this dynamic running duo.

"She's been a person who has been my guide, my right-hand person,” Benny says. “I just really appreciate what she's done for me to take her time to guide a blind person for all these many years."

Benny began losing his vision at age 11 and so many things have changed for him since then.  Simple things like different shades of colors. 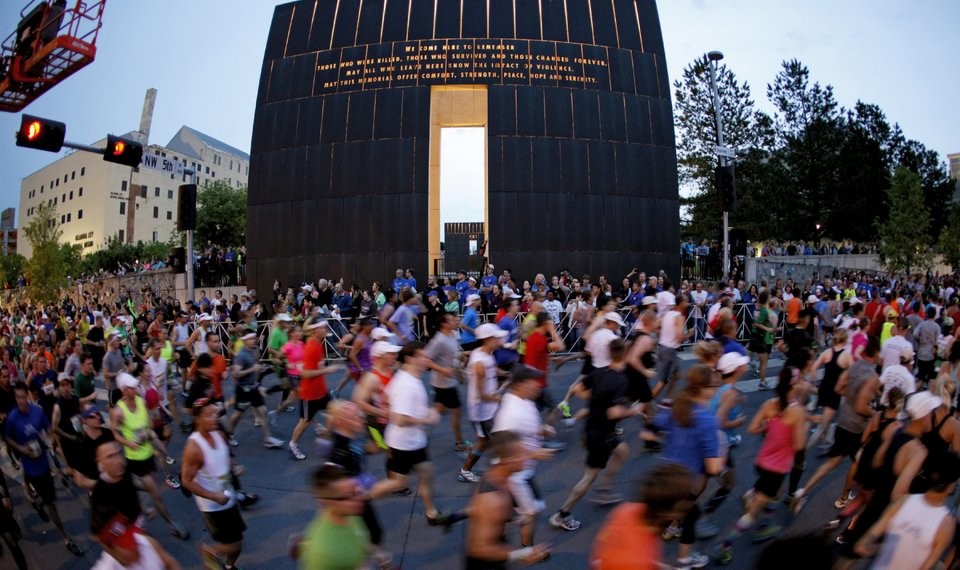 When they run together, he has questions.  “Sometimes I ask Frances what is fuchsia? Or what is bone color or what is plum red,” Benny told us. “There are just so many colors I never saw when I was young.”

For what Frances has done for him as a running partner and friend, Benny nominated her for Pay It Forward. Frances is an art teacher at Piedmont Middle School and when we surprised her there with the 400 dollar cash reward, provided by Nova Kay of First Fidelity Bank.

Frances teared up in a smile and said in an emotional jest, “Benny what have you done?!

Benny told Frances, “I just really appreciate the time you've taken to guide this old blind guy for many years."

After a hug Frances told Benny, “You've been a best friend and we've been running together for 16 years and I hope we have another 16."

It doesn't matter where they finish in the Memorial half-marathon later this month, because in the event called friendship, Benny Meier and Frances Williams are both Gold Medal winners. 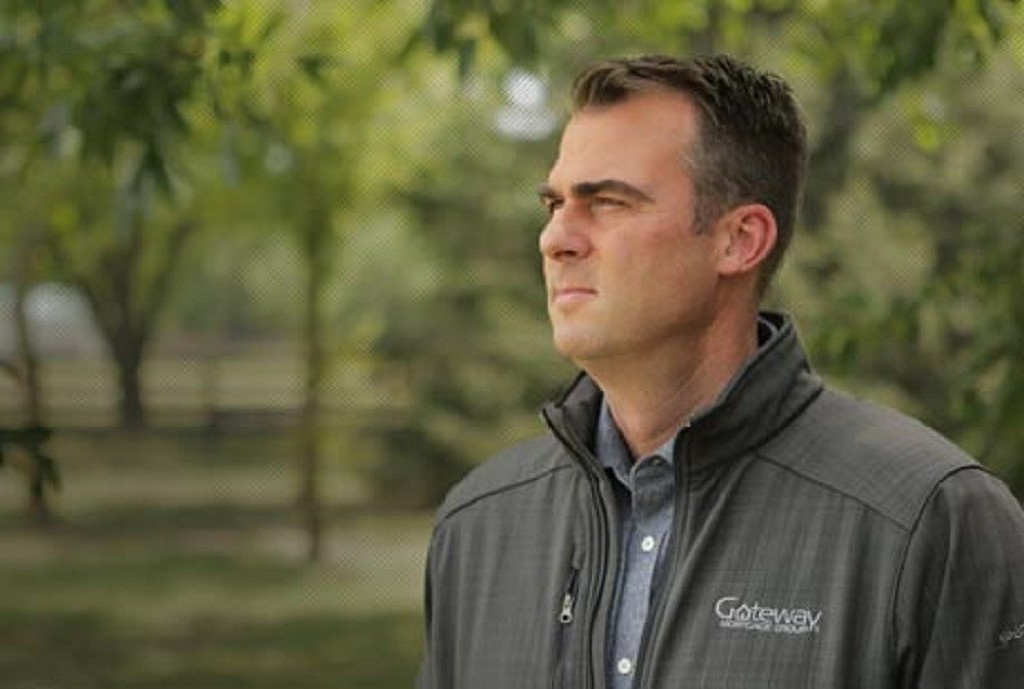 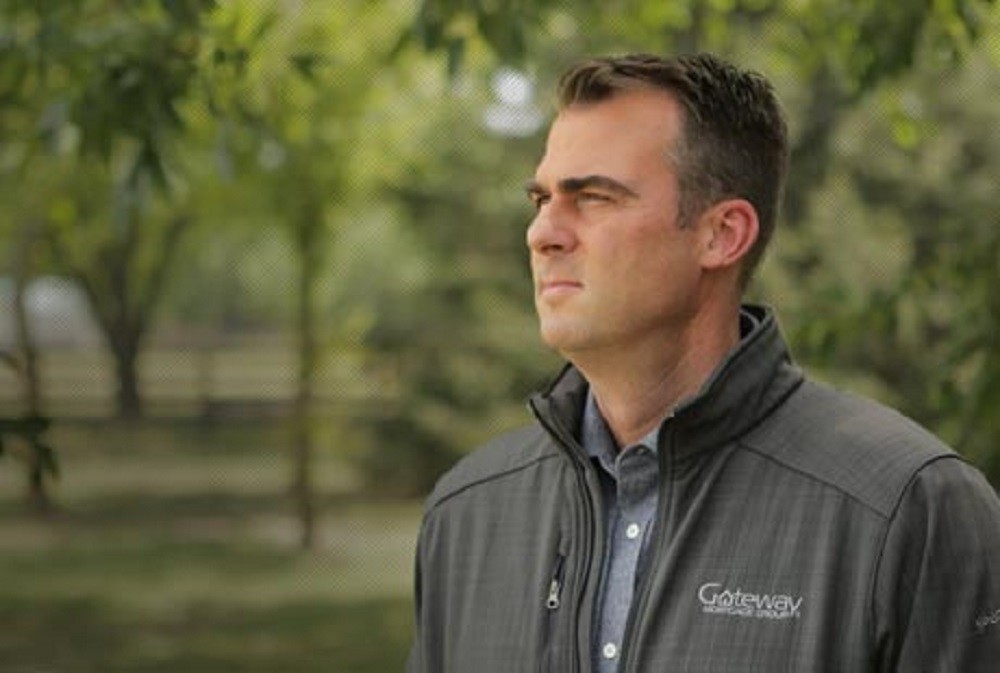 Governor Kevin Stitt is inviting Oklahomans to compete against him and a bipartisan team in a new Oklahoma City Memorial Marathon relay challenge.

"We need to become a healthier state,” Stitt said Thursday morning at a press conference at the Oklahoma City National Memorial.

So, when he took office, Stitt and his staff started brainstorming. 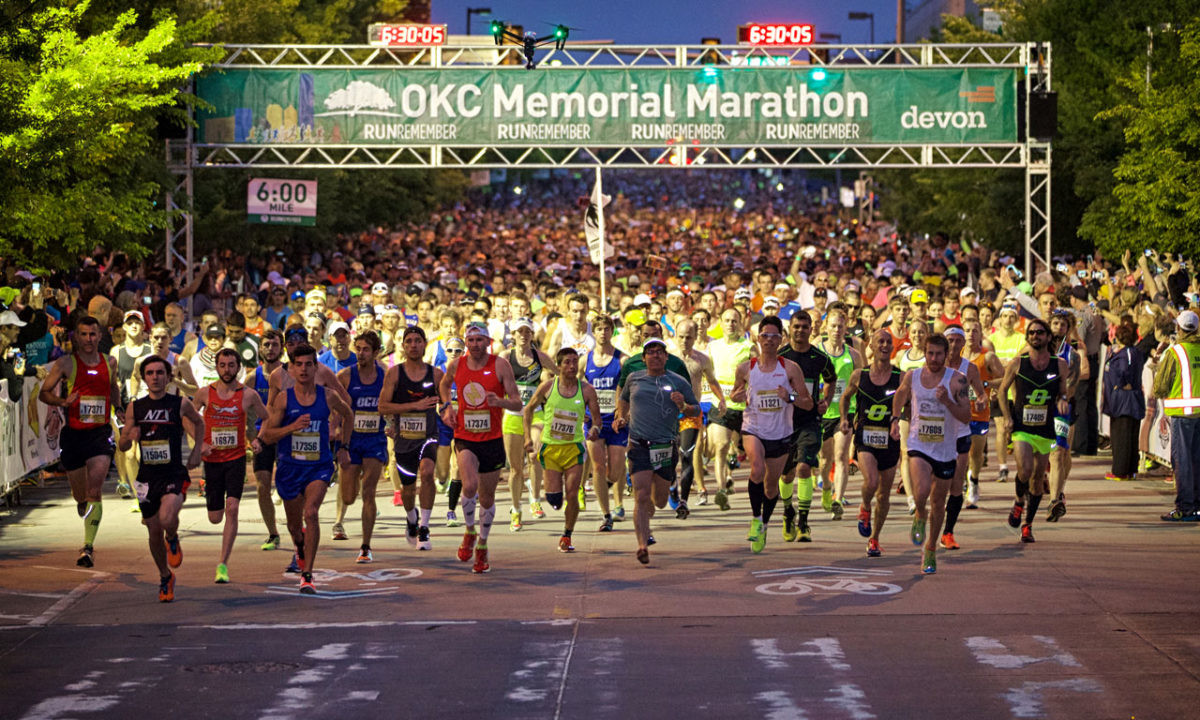 "We did this kind of stuff at my old company where we would just try to engage all of our team members, employees and our coworkers. I love hanging out with my team members, and now all of Oklahoma is a team member,” he said.

"The memorial marathon, being the largest in the state and for what it stands for, I think it was a natural fit to jump in and challenge Oklahomans to get off the couch and put a team together,” said Kari Watkins, executive director for the Oklahoma City National Memorial and Museum. 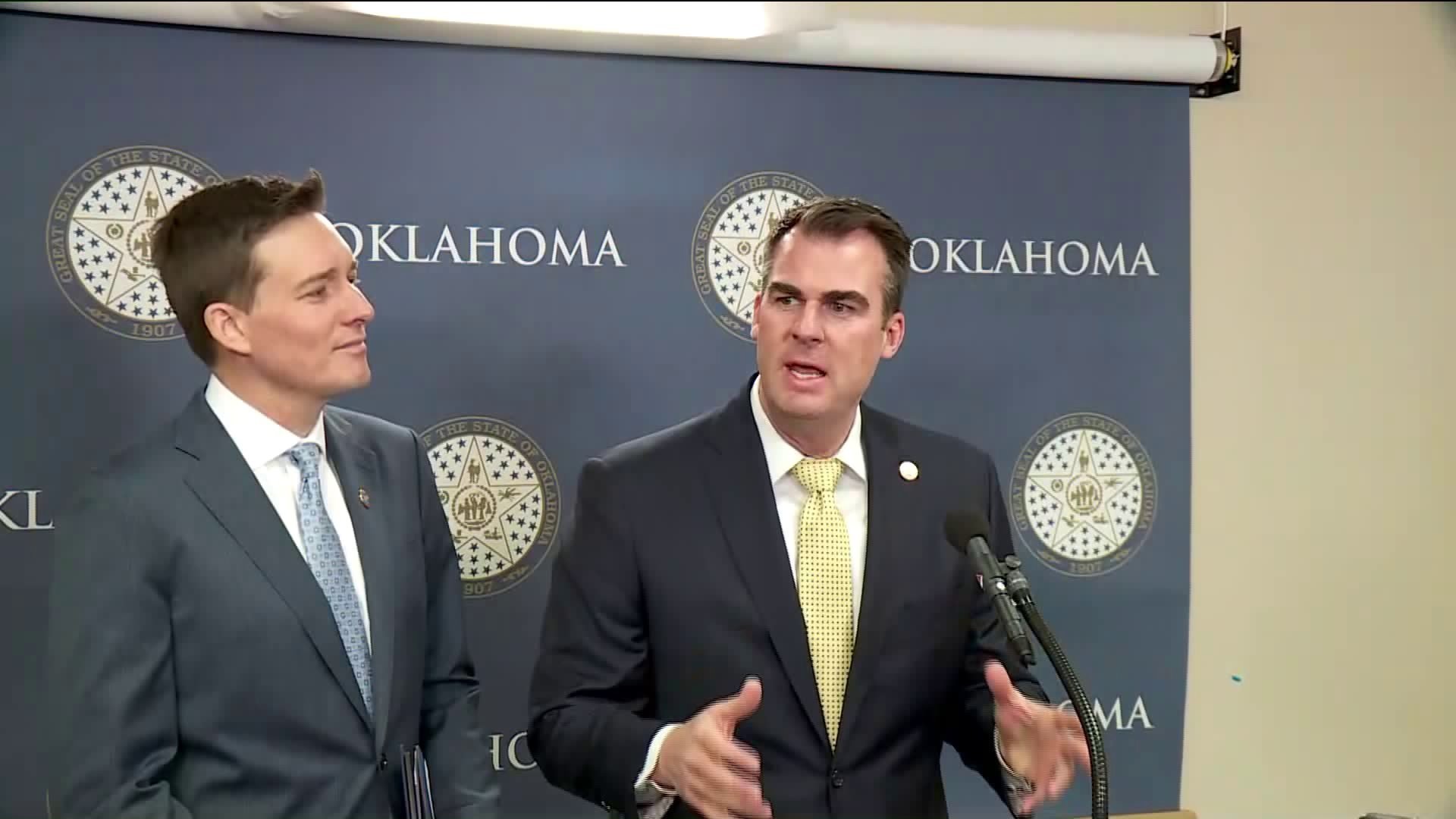 The teams will then compete with the governor and his own bipartisan team.

To celebrate the new challenge, some state employees and local runners joined Stitt for a mile run that took off from the Survivor’s Tree.

"I am very tired. This is - I've got to start running and training. So, this was a great first step,” he said after the run.

Come April, the race is on.

"Oklahomans have - we're kind of at the bottom of some categories that we should be at the top at. So, we need to just enjoy the outdoors and just focus on working together, and we can do amazing things in our state,” Stitt said.

In early May, the winners of each division will be invited to join Stitt for a celebration at the Governor’s Mansion. They will also receive a memorial marathon T-shirt that says ‘I Beat the Governor.’ 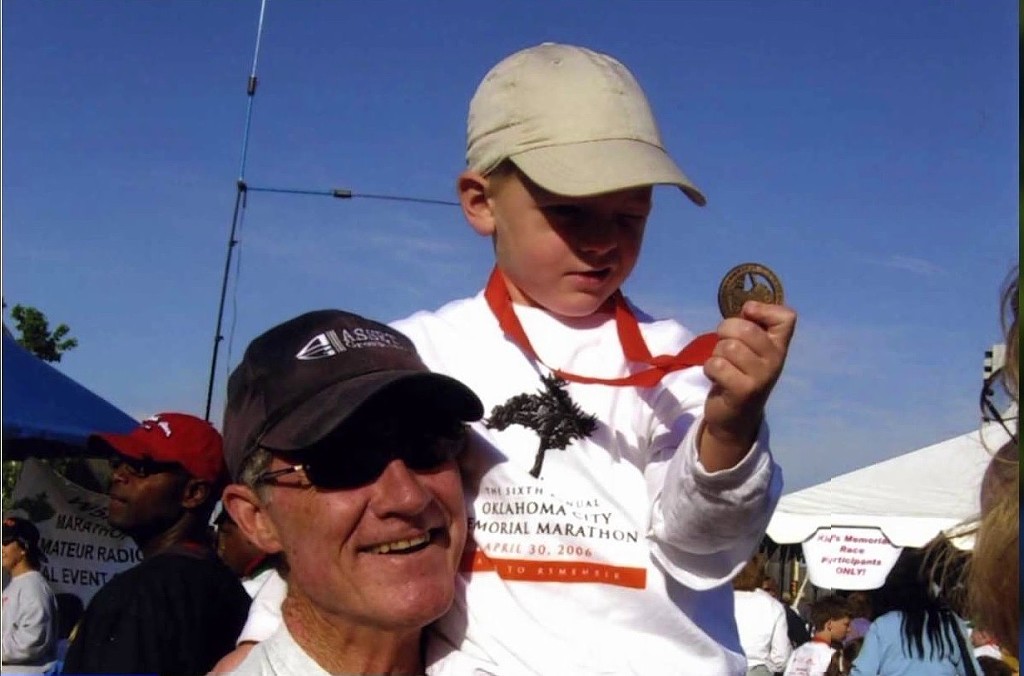 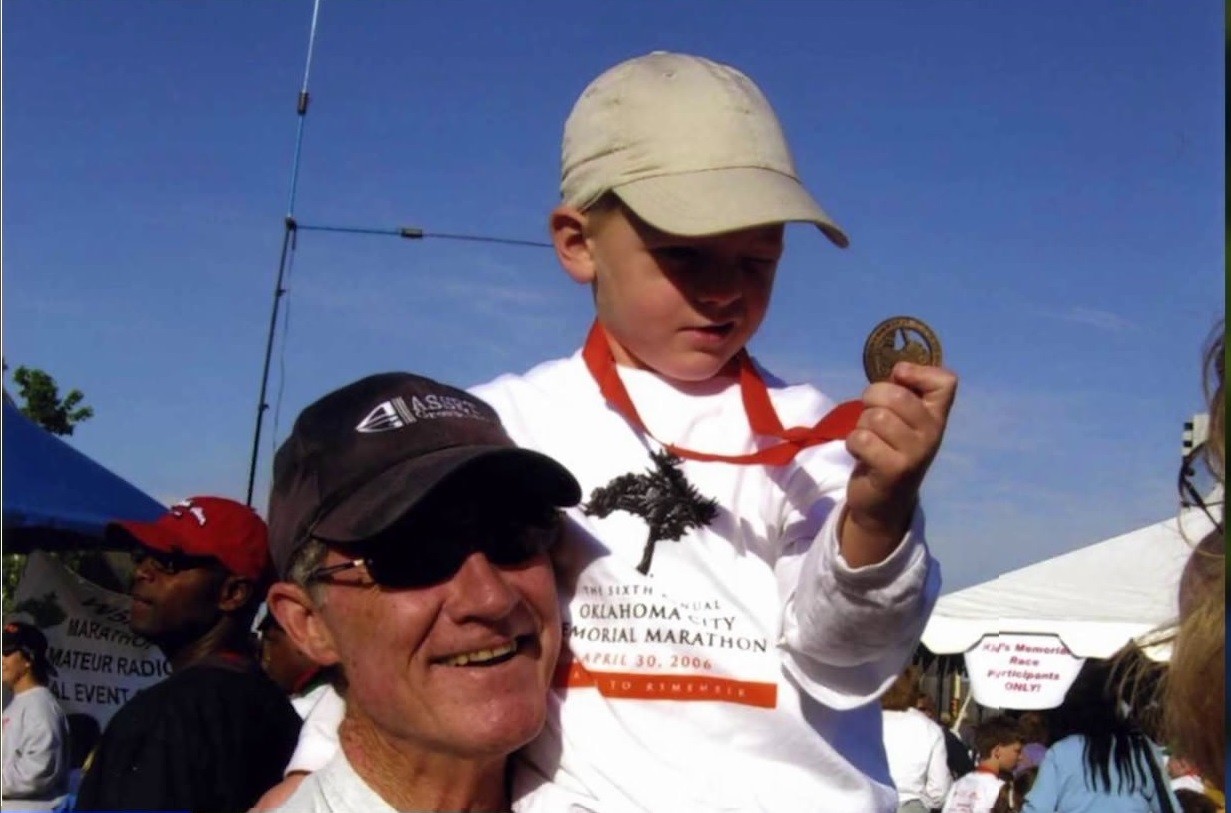 Thousands will run to remember at the Oklahoma City Memorial Marathon as runners reflect on the tragedy of April 19, 1995 when 168 were killed by the domestic terrorist bombing.  It's an event that has become symbolic for victims and survivors. It's also made a difference in the lives of Darrell Burnett and Benjamin Wilkins, a grandpa and grandson who are running in honor of a family member, for the 14th time. "It started when he was two. We decided that it would be a good thing and kind of like a tradition for us, and so we've tried to keep that going every year since then," said Burnett.  They say it doesn't matter how fast or hard you run, as long as the memory of those lost stays alive. "This isn't about running. You do not have to finish fast. You just have to remember them," said Wilkins. (04/27/2018) ⚡AMP 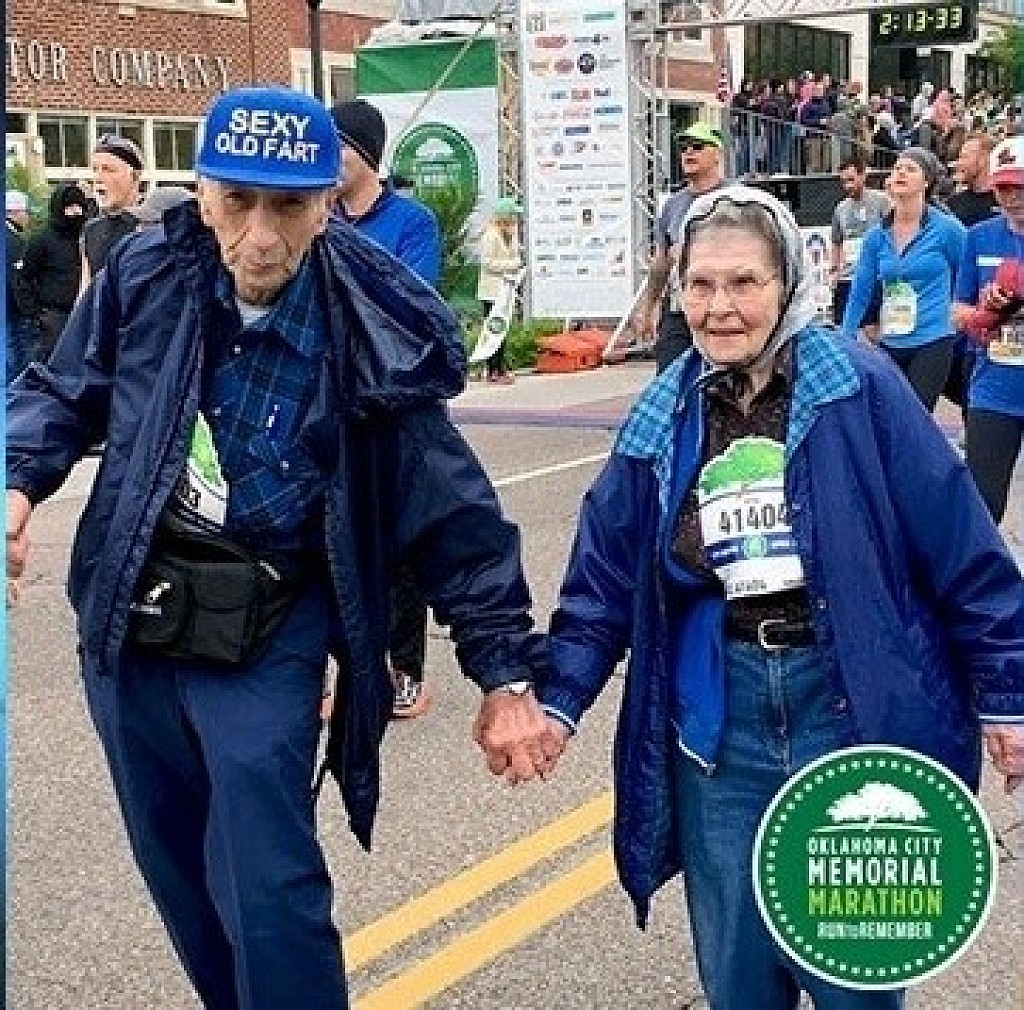 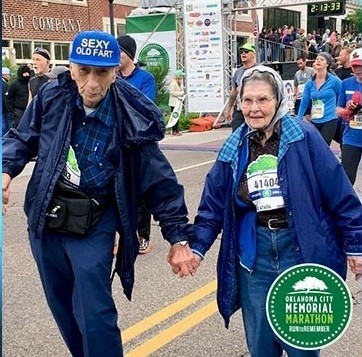 Bob and Betty Kinder stuck out from the crowd of 26,000 runners who took part in the 2017 Oklahoma City Memorial Marathon. While they didn't win the race, they won the hearts of people around the country. Bob and Betty Kinder have been married for almost 61 years. Bob is 89-years-old, and Betty will be 85-years-old later this month. In 2017, the couple crossed the finish line and quickly became an Internet sensation. "She had had open heart surgery before the race and I was really worried about her," Bob Kinder said. They were photographed crossing the finish line holding hands, with Bob wearing a 'Sexy Old Fart' hat. "I had a hat that said 'Grouchy Old Fart' and I was deplaning in Denver. The stewardess said, 'Oh, you`re not grouchy, you're more sexy than grouch. And I well had to have a hat, had to have a sexy. I'm not going to argue with a stewardess, especially a nice looking one like she was," he said. "Some days he's real grouchy and I tell him to use the other hat," Betty laughed. They say they have been practicing by walking at least three times a week, and hope to make a better time this year. "We weren't last, there were people behind us," Betty said. "I want to keep walking. Make darn sure I'm still able to get up and get around," Bob said. "I wouldn't want somebody to holler, 'Breakfast is ready!' and not be able to get there." "You're only old once you start feeling old," Bob added. (04/23/2018) ⚡AMP