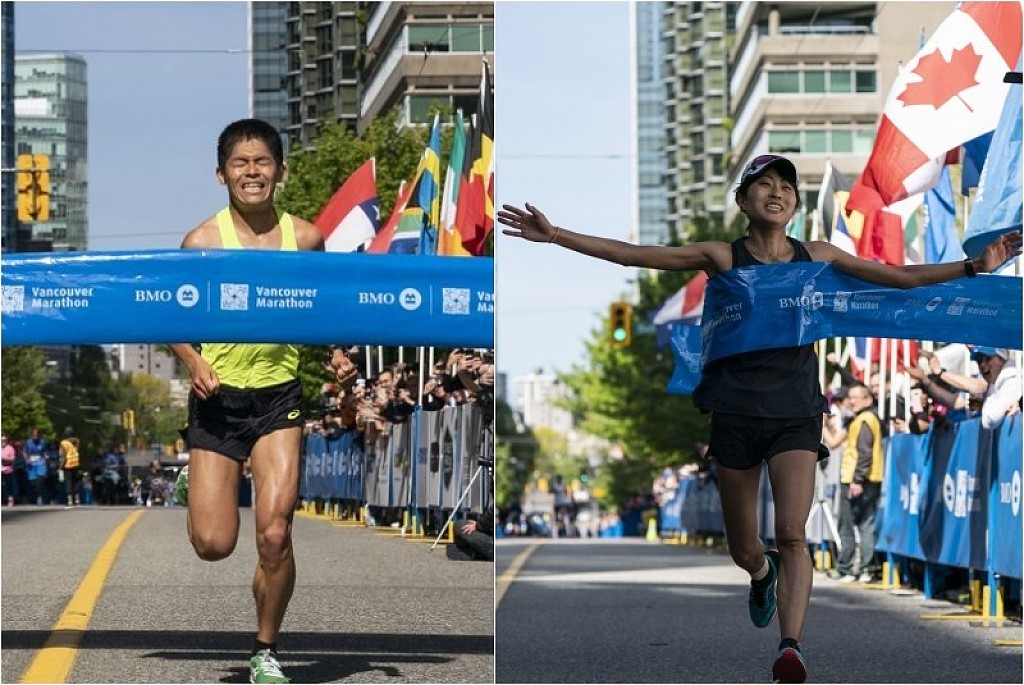 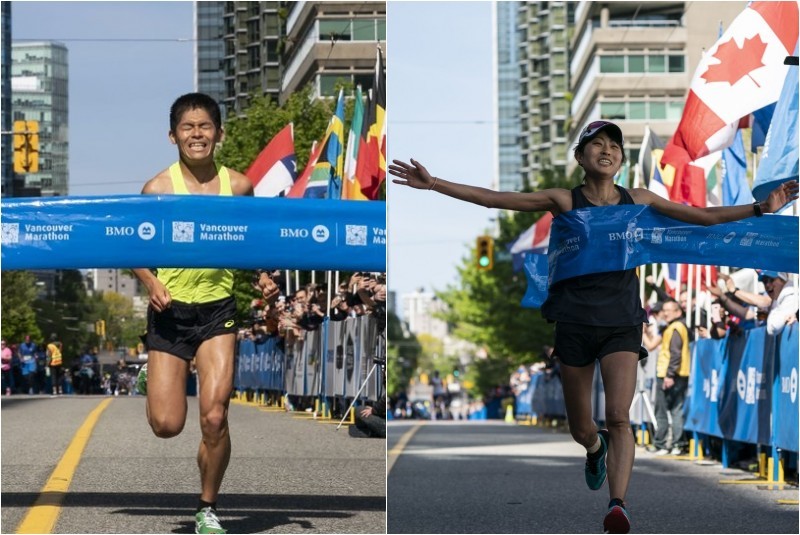 An engaged couple from Japan won the BMO Vancouver Marathon, the first time two Japanese runners who have taken home gold in 20 years.

And attendance was at an all-time high, with 18,000 runners from around 65 countries participating in one of three distances. 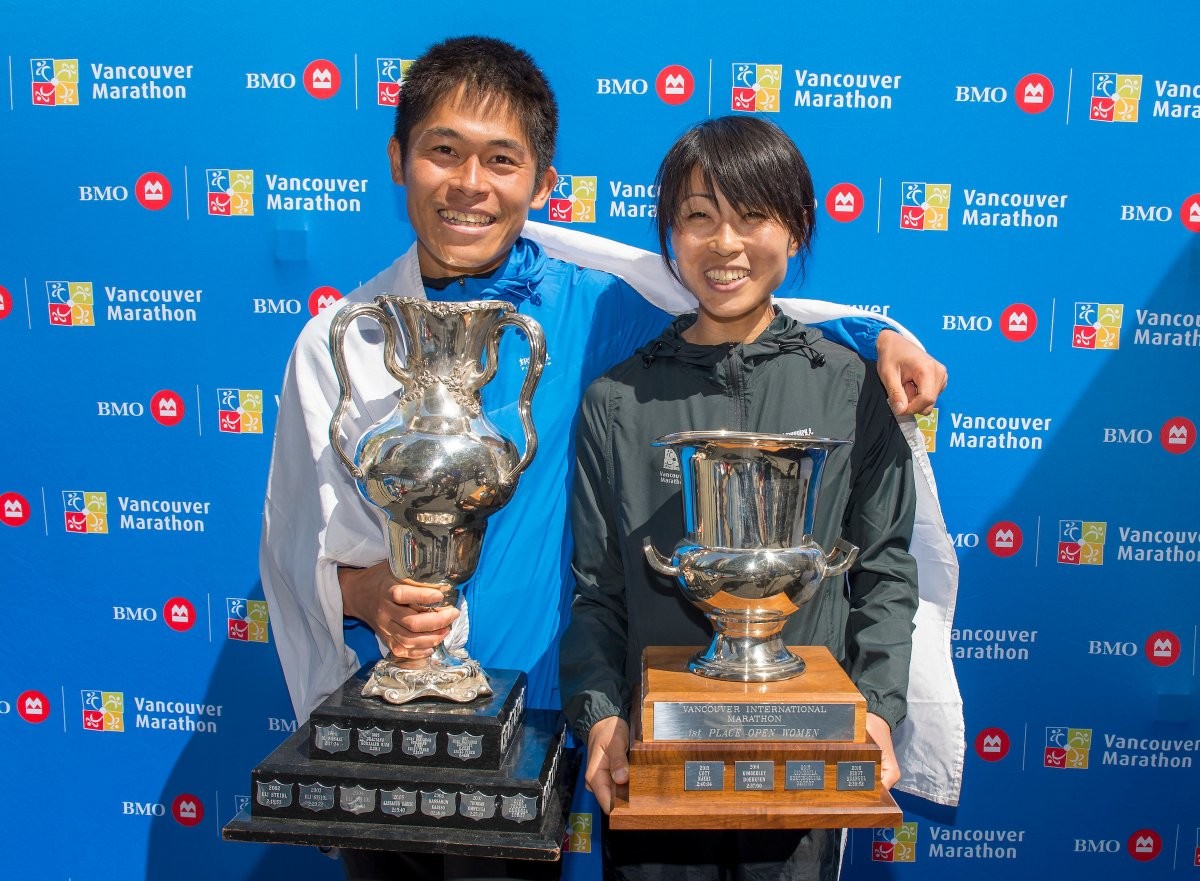 The recently-engaged couple arrived in Vancouver last week for their first Canadian marathon, and won. 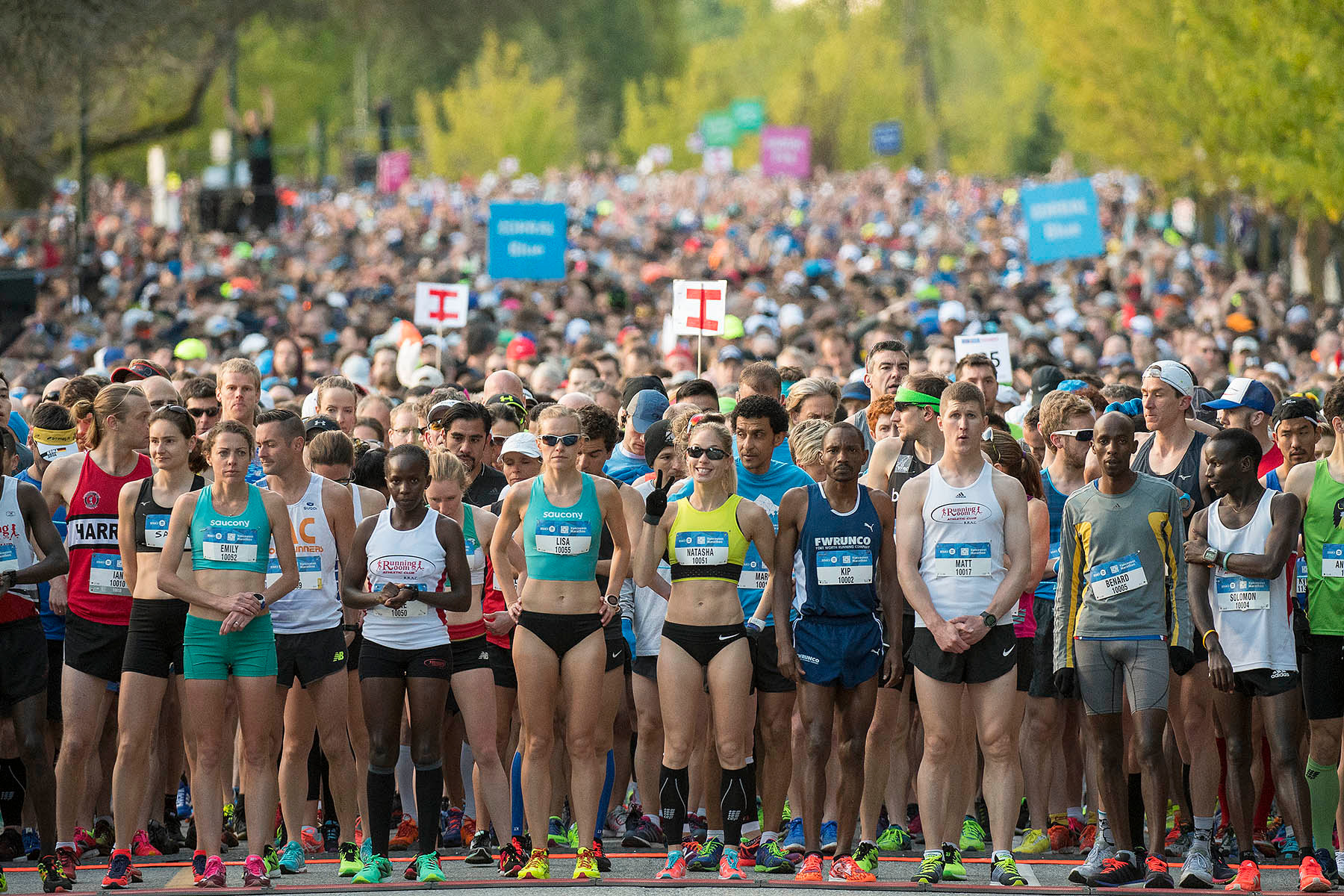 “They really pushed me to this record,” Kawauchi says in a press release, speaking of second and third-place finishers Feyera Gemeda Dadi and Chelimo. “It’s not an easy course, but it’s a very beautiful course, I would definitely recommend coming here to enjoy it and get the most out of it, it’s a great event.”

He was impressed by the scenery and support from the crowd, as was women’s title winner and fiancee Mizuguchi.

“Running around Stanley Park in the midst of all that nature really gave me a nice boost,” she says in a release. “Being able to see the ocean and the mountains – at some parts of the race, I found myself kind of distracted looking at how beautiful the ocean was.” 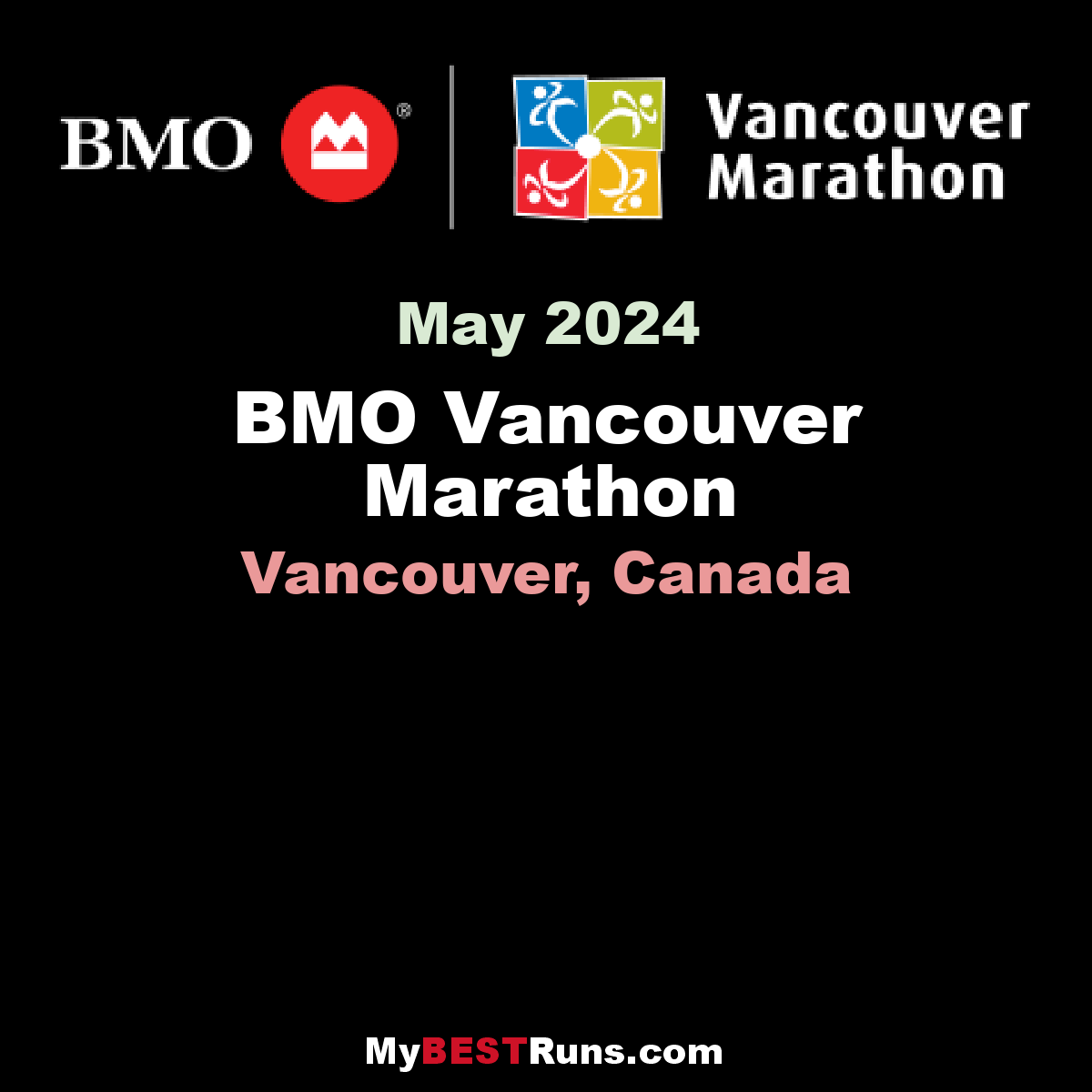 Non-profit organizers cancel the 2020 BMO Vancouver Marathon amid COVID-19 concerns. Registered runners may still enjoy a virtual run, the Fall Classic, and discounts on next year’s race. The BMO Vancouver Marathon is one of Vancouver’s most iconic marathon events. The event features a full marathon, marathon relay, half marathon, 8k run, and streets lined with thousands of spectators. Runners...