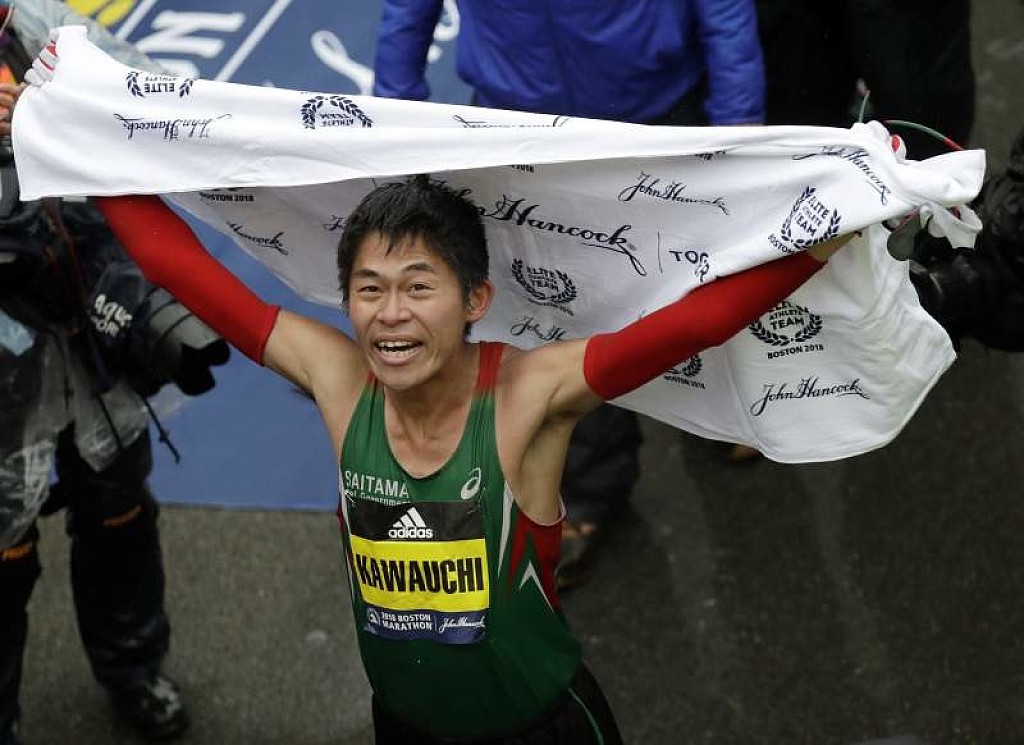 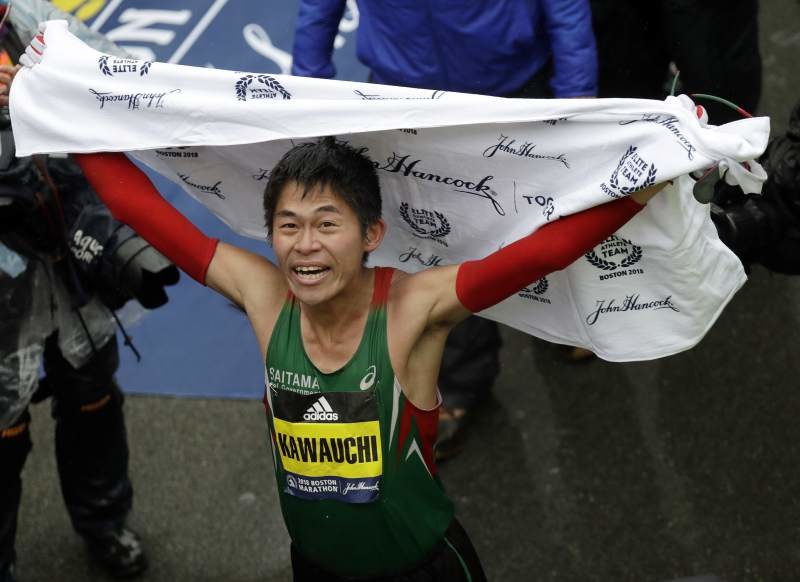 Japan's Yuki Kawauchi was 91 seconds behind at 35K, then he made an unbelievable move to win Boston

It looked like last year's Boston Marathon winner, Geoffrey Kirui, was going to win again but he may not have realized how tough of a runner Japan's Yuki Kawauchi really is in challenging weather conditions.

Kirui had taken command at 30K opening up a 28 second lead on a pack of three behind including Japan's Yuki Kawauchi who lead the pack through the half marathon mark.

At this point Shadrack Biwott was the first American as Galen Rupp was not handling the weather well. Geoffrey stayed in control, hitting 35K in 1:50:49 after a 15:51 5K split. 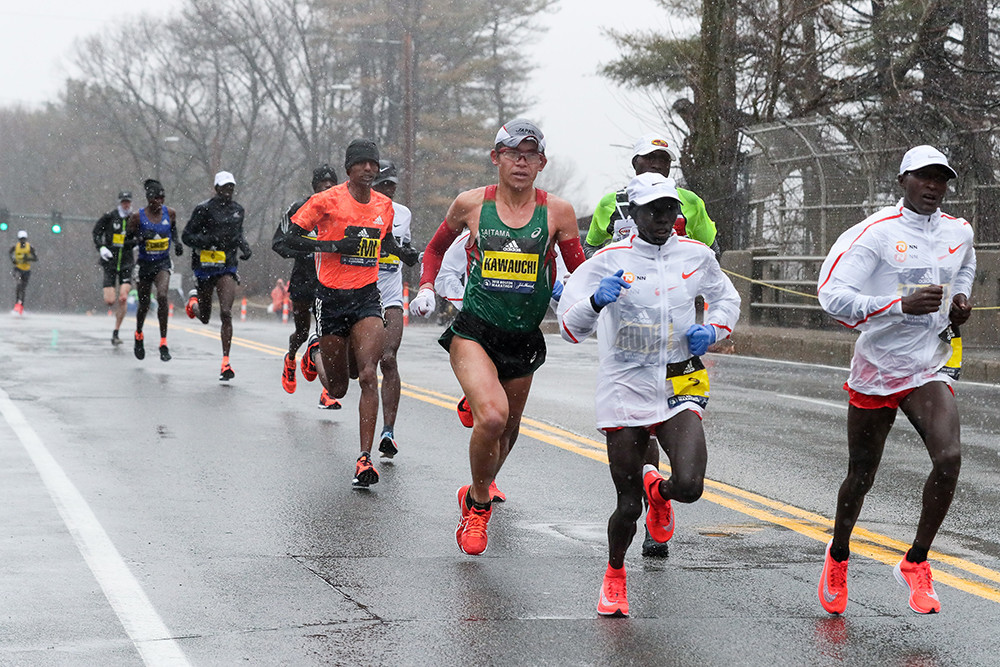 Yuki was 91 seconds back. Then Yuki made an unbelievable move (running a 5:08 mile) and overtook Kirui and never looked back. Two America's were in the top four with just a mile to go (Biwott and Pennel) and stayed that way to the finish.

In the end there were six American's in the top ten. Tenth place being almost 12 minutes behind the winner. Kawauchi said through an interpreter after the windy, rainy race that "it was the best conditions possible" for him.