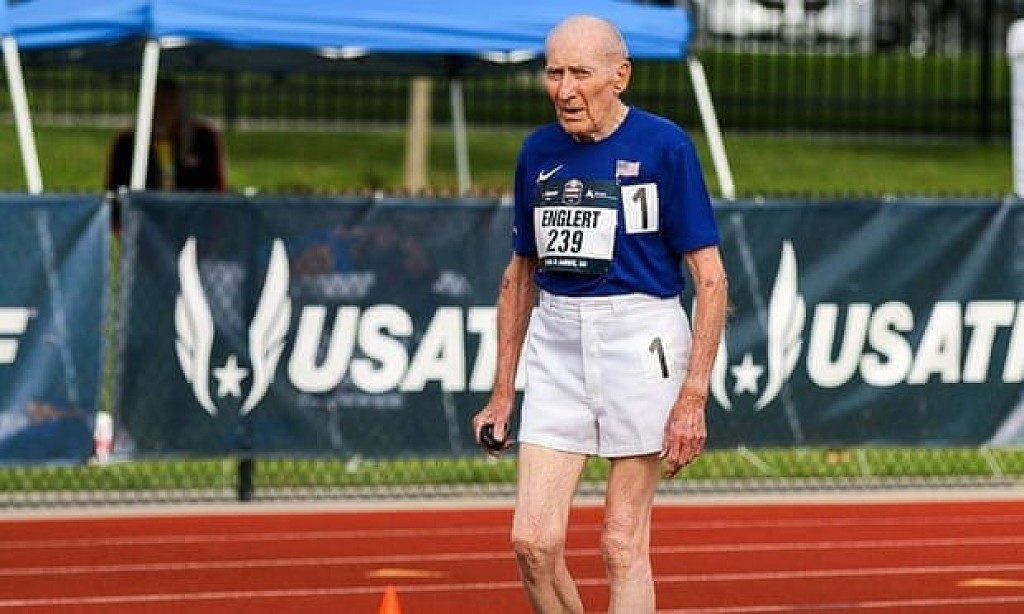 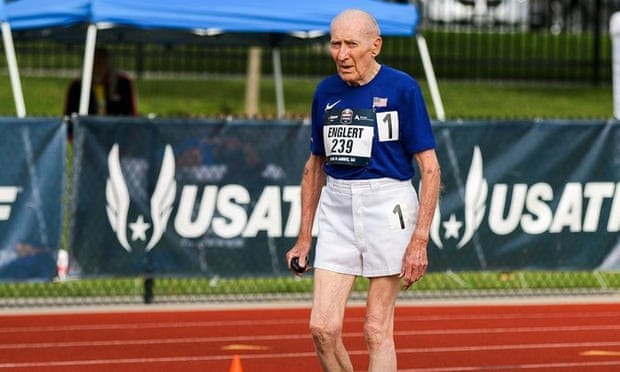 The new mark is still pending approval by USATF.

According to a Run Washington profile, Englert lives at a Lake Ridge retirement community and does most of his running on a treadmill: two to three miles for three days a week, or upping the mileage if a competition is nearing. 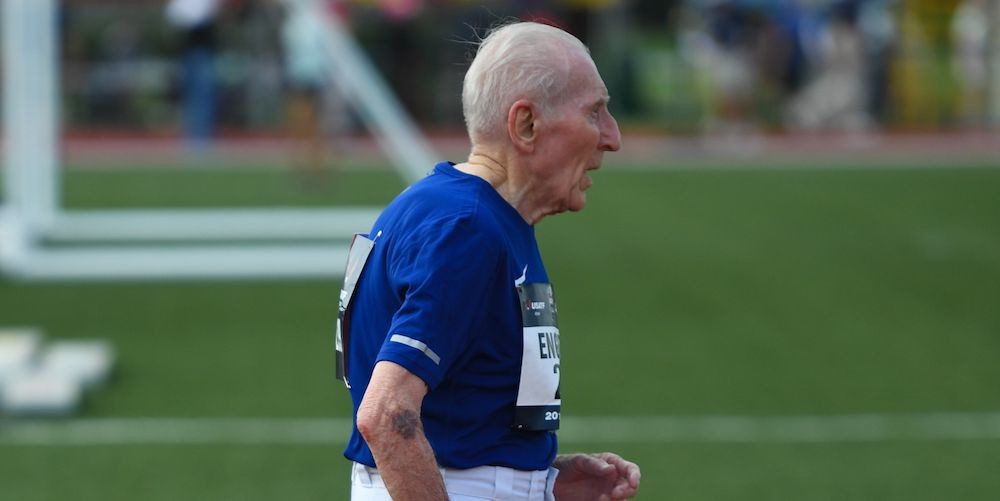 Englert, a retired attorney, credits his late-career success to not to any natural gift but dogged persistence.

“I don’t consider myself that much of an inspiration. I’m a slow runner,” he told Run Washington. “But I guess I’ve outlasted almost everybody. It gets easier to win when there’s not as much competition around.” 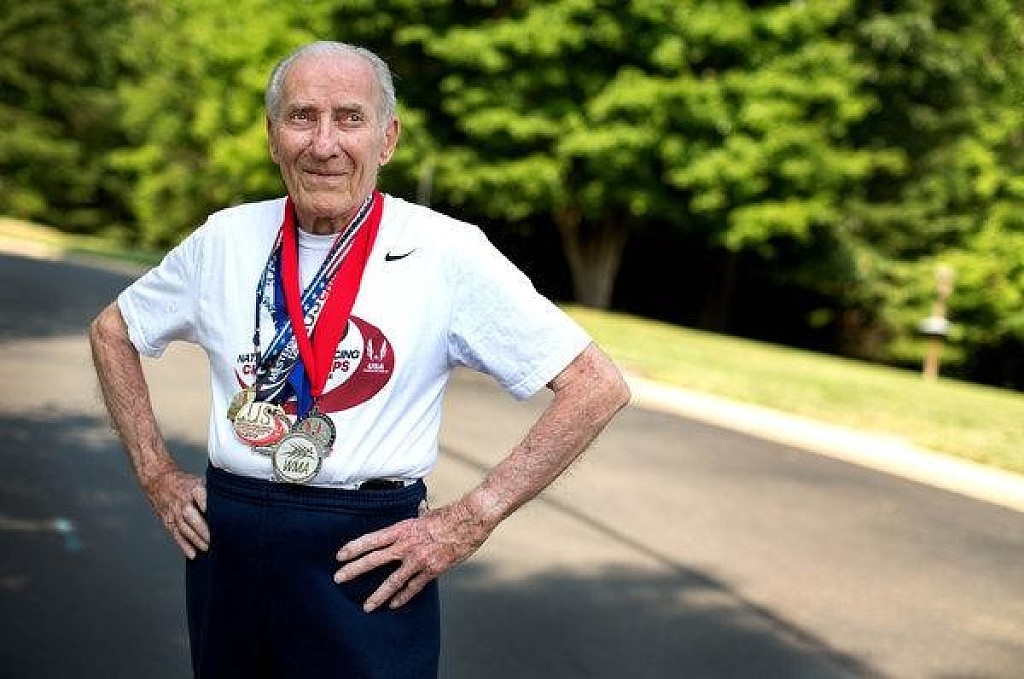 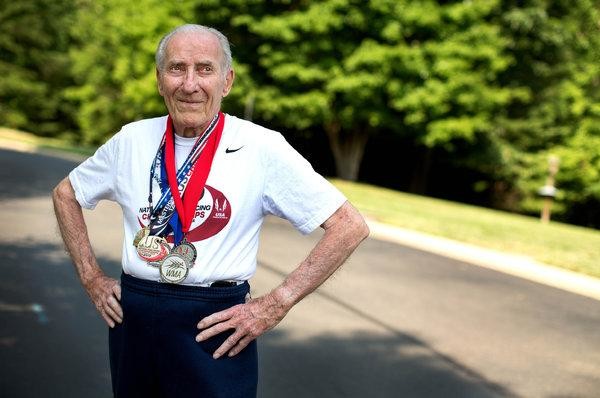 Roy Englert, 95, has set a world record in the men’s 800 at the USATF Masters Outdoor Championships. Englert, of Springfield, VA/Potomac Valley Track Club, finished in 5:18.15, a huge improvement over the previous world record of 6:02.95. Over 900 of the nation’s best Masters athletes were participating in events being held at Eastern Washington University. Englert had earlier this year set age group records at the USATF Masters Indoor Champions. (07/28/2018) ⚡AMP