Articles tagged #King of the Half Marathon
Today's Running News 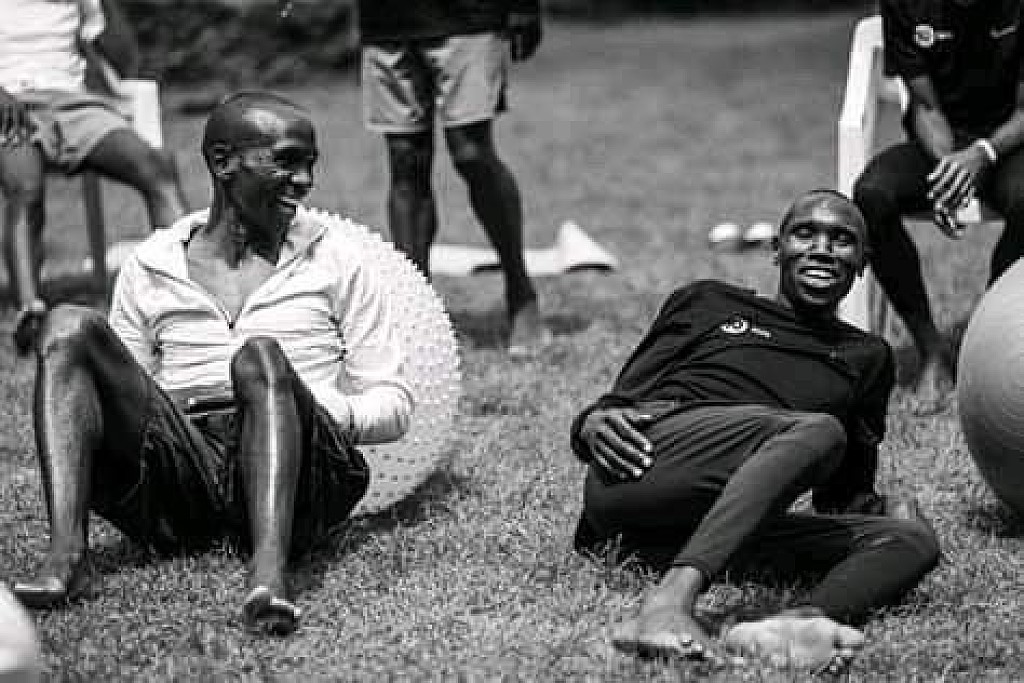 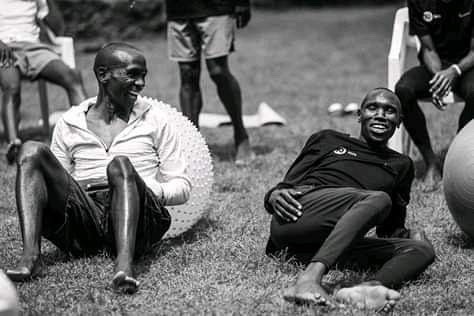 Part I The King of the Half Marathon:  The new half Marathon world record holder Geoffrey Kamworor with a 58:01 was born November 22 1992, and is 5'8" (1.72m) tall and weighs 128lbs (58kg), in a remote village called Chepkorio Keiyo south constituency in Kenya. The village is in the highland of the Rift valley with high altitude of approximately 8,300 feet (2500m).  The place is very cool because of the near conserved kaptagat forest where they train daily.

Geoffrey trains with Global Sports Communications Management in Kaptagat just a few miles from his home.  They train together with Marathon world record holder Eliud Kipchoge under Coach Patrick Sang.  They share the same program with Eliud and has been part of the team helping Eliud in preparation for INEOS sub two hour marathon attempt in a few weeks.

The two world record holders in half and marathon are close friends and training mates.  "Eliud really is like a brother to me.  I always make sure I'm around him to be like him and always do what he is doing.  He is my role model," Geoffrey says. 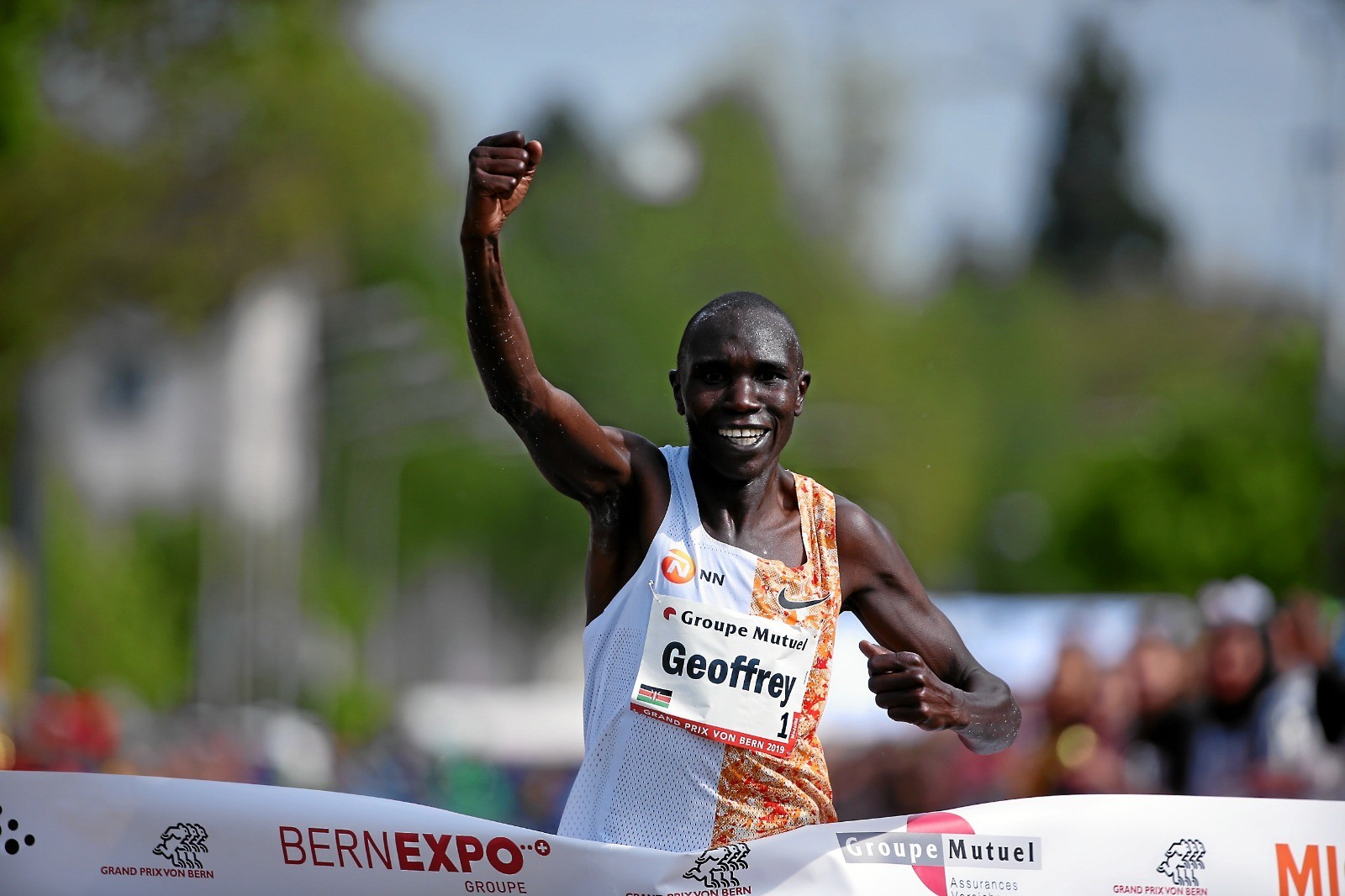 Eliud Kipchoge believes Kamworor is the one to break his marathon record due to the discipline and commitment he puts in training. "Owing to his hardwork and discipline in training.  Geoffrey is absolutely the man and everything is possible if he continue to embrace great planning, preparations, management and coaches," says Eliud Kipchoge.

Geoffrey is a special type of athlete who is an all-around long distance runner that competes in cross-country, track and field(10000m and 5000m), half marathon and marathon races.

In Copenhagen the 26 year-old smashed fellow Kenyan compatriot Abraham kiptum world record by 17 seconds and improved his PB by 57 seconds clocking 58:01 in the Copenhagen half marathon Sunday September 15.

Geoffrey said he was inspired by fans and Eliud Kipchoge after breaking the world record. "I have won three world Half Marathon Championships titles and fans kept on asking me when I would break the world record.  They said I am the one to do it and I told them my time will surely come.

"This was the time and God's time is always the best.  This is really special for me even though the weather wasn't conducive, I improved by 57 seconds," said Geoffrey after the record win.  The new king of the half marathon ran alone from 10km.

Geoffrey studied in Lelboinnet boys secondary school (named after white reindeer found along river bank).  He loved athletics since childhood but never paid much interest as a full time profession. 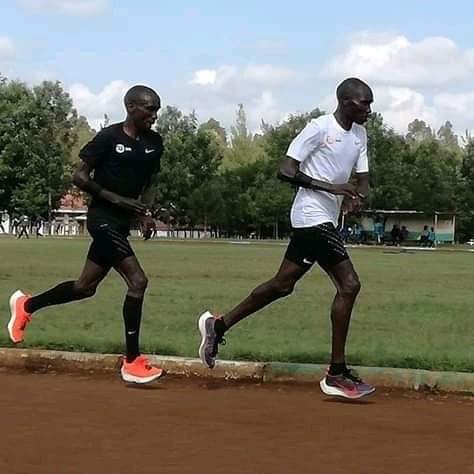 The inspiration came from within his village which is rich of athletics pedigree in 5000m, 10000m and the marathon.  From the region, the world great long-distances like 2018 London Marathon champion Vivian Cheruiyot, 5000m millitary games winner Sammy Kipketer and Kenyan born who switched alleges to Qatar Albert Chepkurui.

During his Childhood Geoffrey used to sneak from his home to peep through the live fence to watch junior world stars training in Kapkenda Girls High school while still in high school.

Kamworor dream was to practice athletics and get scholarships to study law in USA like any other scholar runners.  But he ended up being a policeman to enforce the law.

"I just wanted to practice athletics.  I knew that might land me a scholar to USA , where I could pursue a degree in law.  I enjoy English which is why I did well in my class," said Geoffrey.

Part Two of a three part series is going to explore what he does other than training to get ready to break world records. The story will take a detail look at his diet and look at other things he does including massage and what he does to relax and spend time with his family.  He feels this is all important to be a world class runner.