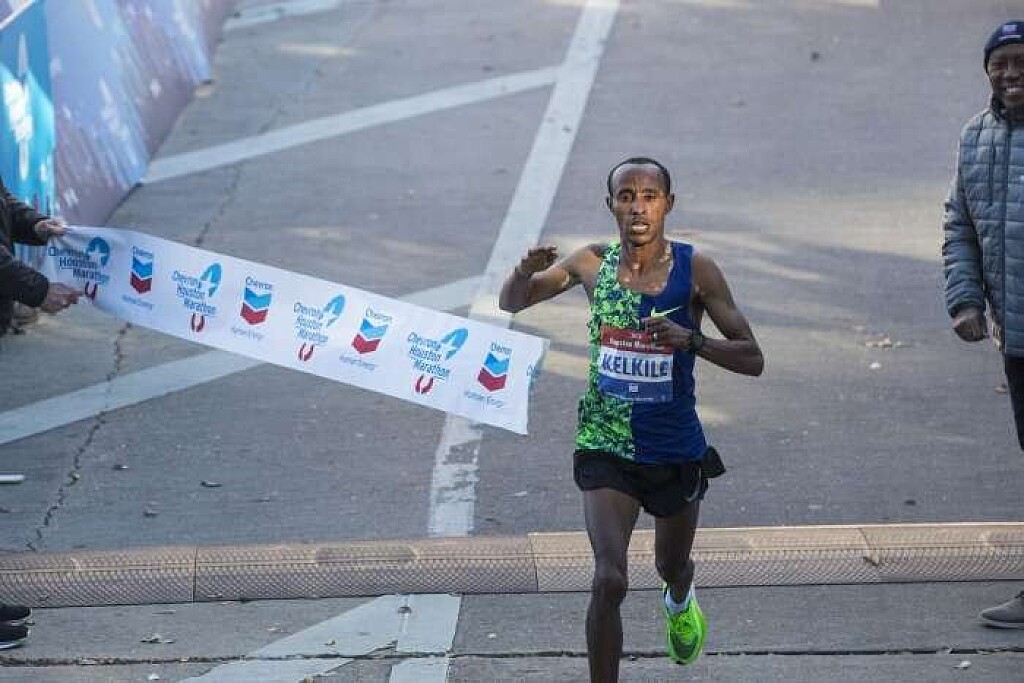 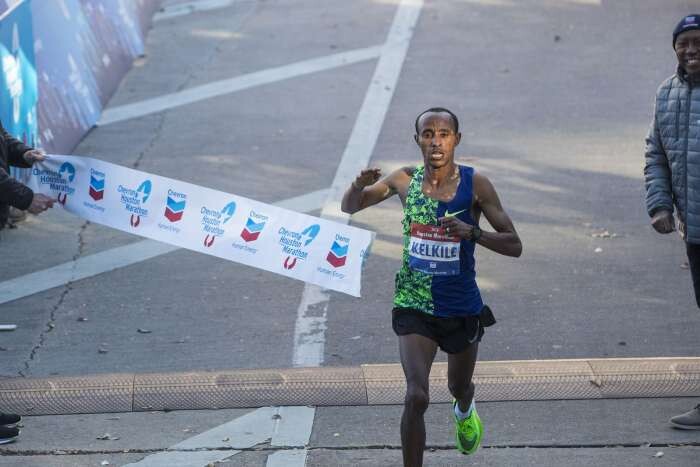 Ethiopia’s Askale Merachi and Kelkile Gezahegn will defend their titles at the 50th Chevron Houston Marathon, while Kenya’s Vicoty Chepngeno and Shadrack Korir lead the entries for the Aramco Half

Merachi won in Houston in 2020 in 2:23:29, finishing more than a minute ahead of the rest of the field. She went on to win the Taipei Marathon later that year in 2:28:31, but hasn’t raced since then, so her form going into this weekend’s race is relatively untested.

She will face stiff competition from compatriot Biruktayit Eshetu Degefa, a three-time winner in Houston who is aiming to become the race’s first four-time winner. She finished runner-up to Merachi in 2020, clocking 2:24:47. Her PB stands at 2:22:40, set in Toronto in 2019, while her fastest time in Houston is the 2:23:28 she ran to win three years ago.

Two-time Chicago Marathon winner Atsede Baysa has the fastest PB of the field with 2:22:03. A sub-2:25 time may be required to make the podium on Sunday, but the last time the 34-year-old Ethiopian bettered that barrier was back in 2012. 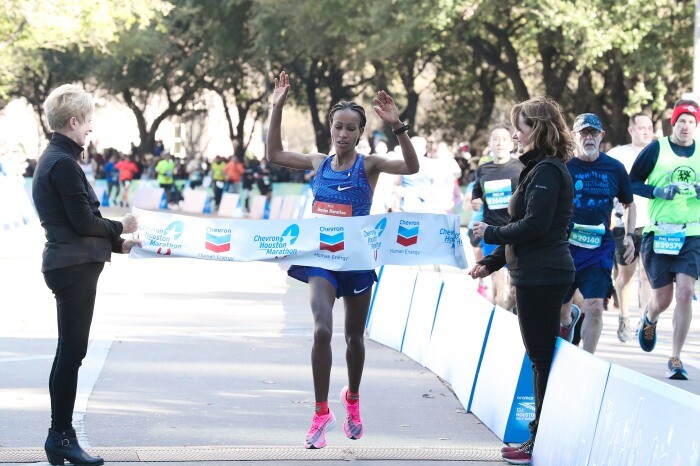 Ethiopian marathon debutante Tsige Haileslase and USA’s Robert Groner, who finished sixth at the 2019 World Championships, are among the other contenders.

Gezahegn, the defending men’s champion, won with 2:08:36 two years ago and finished two minutes clear of his nearest rivals. His only race since then was the 2021 Boston Marathon, where he finished 15th in 2:12:37. A 2:05:56 runner at his best, the 25-year-old will be keen to use this weekend’s race as an opportunity for redemption.

If John Langat can reproduce his form from 2019, when he won in Eindhoven in a PB of 2:07:11, he could contend for the victory on Sunday. Japan’s Kenta Uchida will also be a formidable opponent. He has a lifetime best of 2:08:12 and will be keen to earn his first marathon victory. 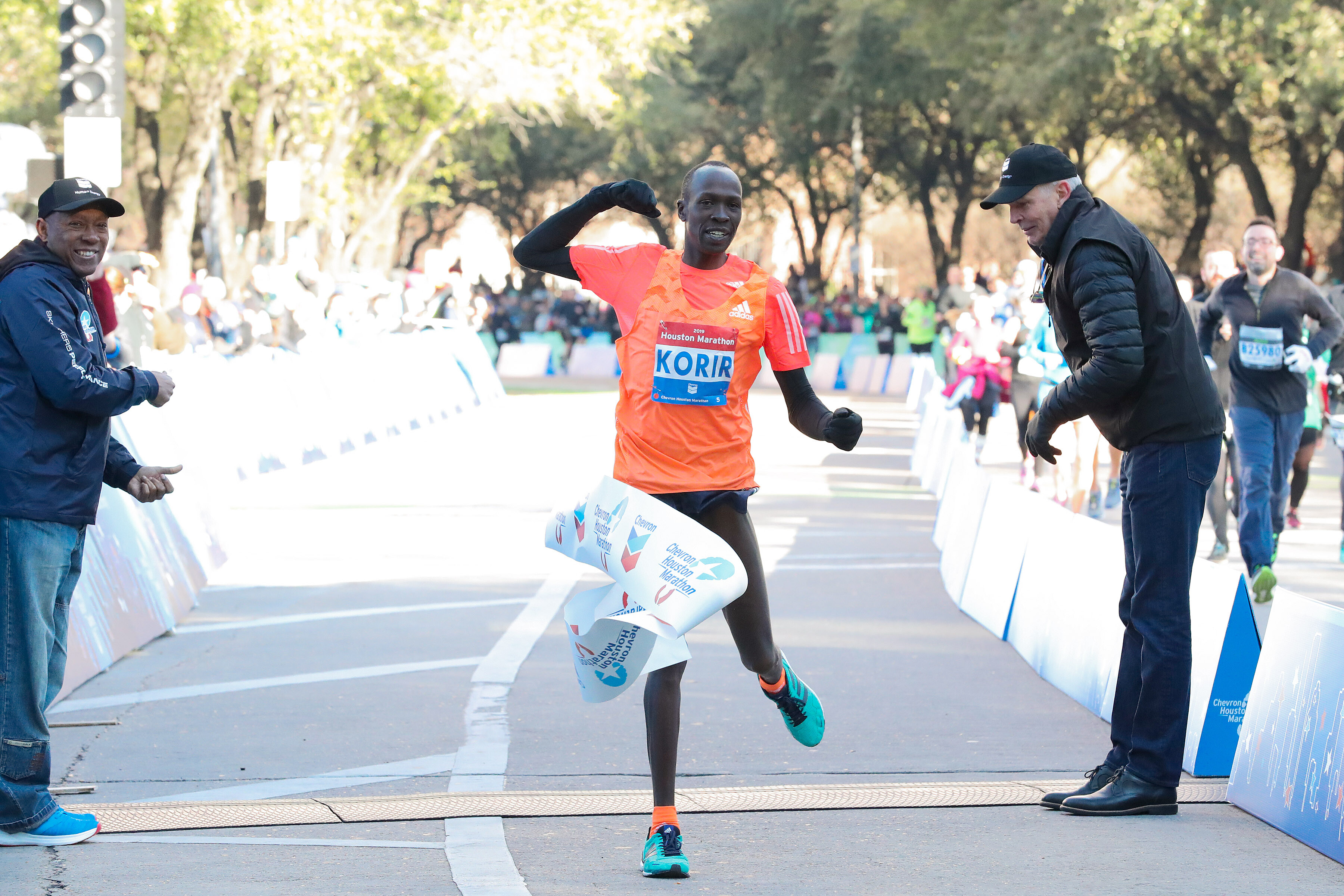 Bahrain’s Abdi Abdo, Ethiopia’s 2008 world indoor 3000m champion Tariku Bekele and US marathon debutant Frank Lara are others to watch out for.

Vicoty Chepngeno will start as the favourite for the Houston Half Marathon, held concurrently with the marathon. The 28-year-old Kenyan has an impressive record in US road races; she has won nine of her past 10 half marathons on US roads, and her lifetime best of 1:07:22 was set in her most recent outing over the distance, in Philadelphia two months ago. Despite her extensive racing experience, though, this will be Chepngeno’s first Houston Half Marathon.

Compatriot Monicah Ngige, meanwhile, will be making her third Houston Half Marathon appearance. The 28-year-old set her PB of 1:07:29 there in 2019. More recently, she finished fourth at the Boston Marathon in October on her debut over the distance, clocking 2:25:32.

Sara Hall leads the US entrants. The 38-year-old has focused more on the marathon in recent years, achieving podium places at the 2020 London Marathon and the 2021 Chicago Marathon, also clocking a PB of 2:20:32 in between those outings. But she has also won her two most recent half marathons, setting a PB of 1:08:18 in 2020.

Shadrack Kimining Korir returns to Houston after finishing third in 2020 in a personal best of 59:27, just two seconds shy of the winner. His most recent outing was at the Lisbon Half Marathon in October, where he finished fifth in 1:02:42.

Wilfred Kimitei also competed in Lisbon towards the end of last year, albeit in a different event to the one where Korir raced, and finished 11th in 1:00:03 – just 23 seconds shy of the PB he set in Ras Al Khaimah in 2018.

Ethiopia’s Milkesa Mengesha also heads to Houston in good form. The 2019 world U20 cross-country champion, still only 21, finished ahead of Kimitei in Lisbon in November, clocking a PB of 59:48 in what was just his second half marathon to date. Earlier in 2021 he set a 5000m PB of 12:58.28 and finished 10th in the Olympic final at that distance.

Kenya’s Raymond Magut, who clocked a PB of 1:00:00 in Herzogenaurach in September, should also be a strong contender, along with Ethiopia’s Bayelign Teshager and Eritrea’s Tsegay Tuemay. 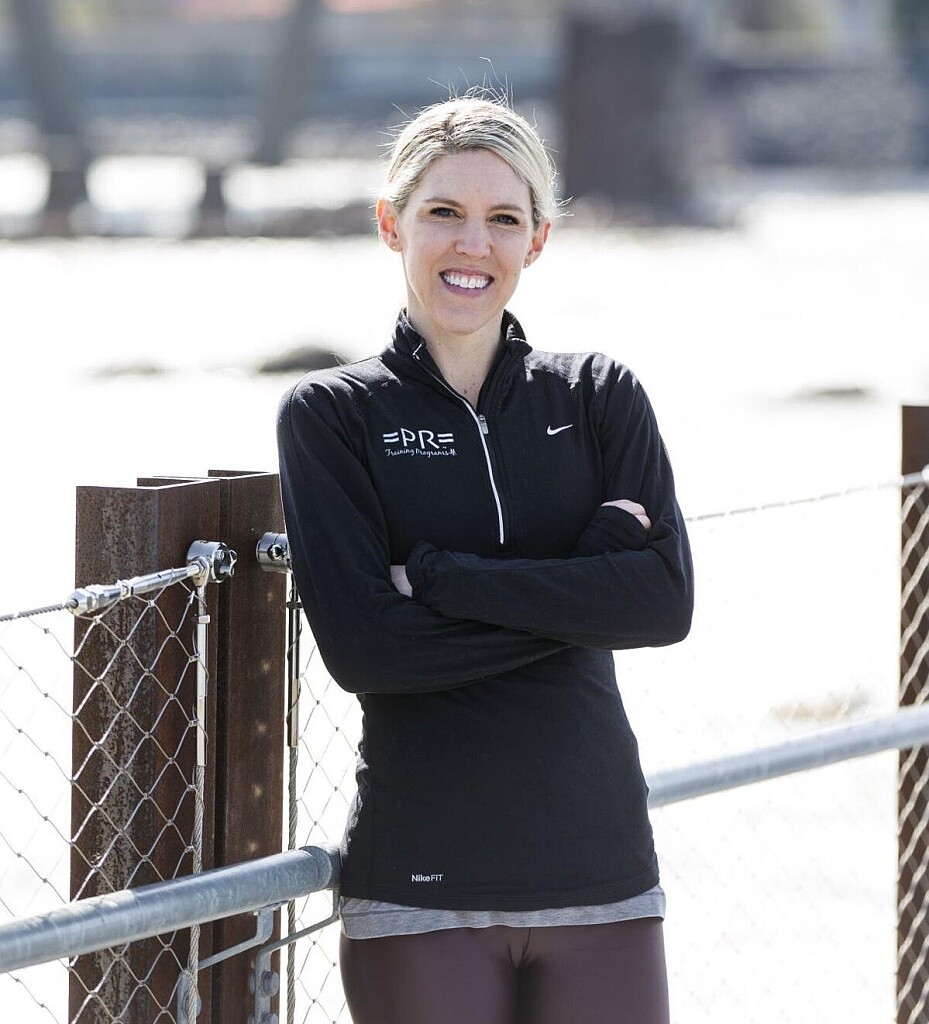 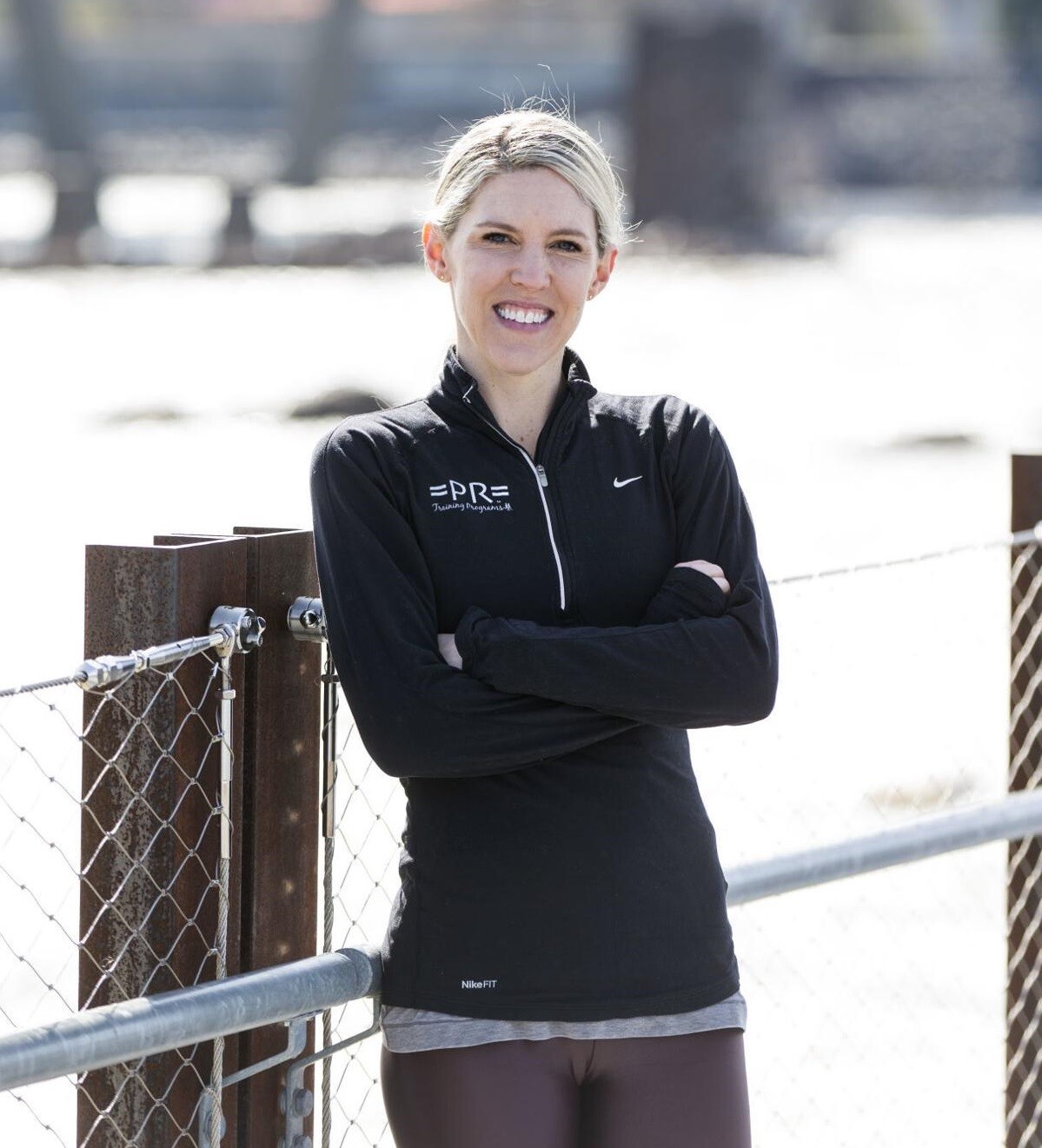 On Sunday, Keira D’Amato will head to the start line of the Houston Marathon with the expectation that she will run under two hours and twenty-two minutes. Her current personal best sits at 2:22:56, achieved at the Marathon Project in Arizona, but D’Amato knows, based on her workouts and performances like her 67:55 to win the US Half Marathon Championships in December, that she is fitter than when she ran that 2:22:56 in December 2020. In fact, things are going so well that on December 28, she told Women’s Running that, if she had a strong final month of training, she might even go for Deena Kastor‘s 2:19:36 American record.

That the 37-year-old D’Amato is in a position to even discuss the American record is one of the unlikelier stories in US distance running history. This was a woman who started out as an 800/1500 runner, took seven years away from the sport as she got married, became a mom of two and a full-time realtor, and as recently as 2019 had never run faster than 2:40 in the marathon.

“It seriously blows my mind,” D’Amato told LetsRun on Wednesday. “On my warmup before my workout today, I was thinking that in my second marathon back on my comeback tour [in Richmond in 2017], I went into the marathon thinking that I didn’t think I could break 3:00 that day.” 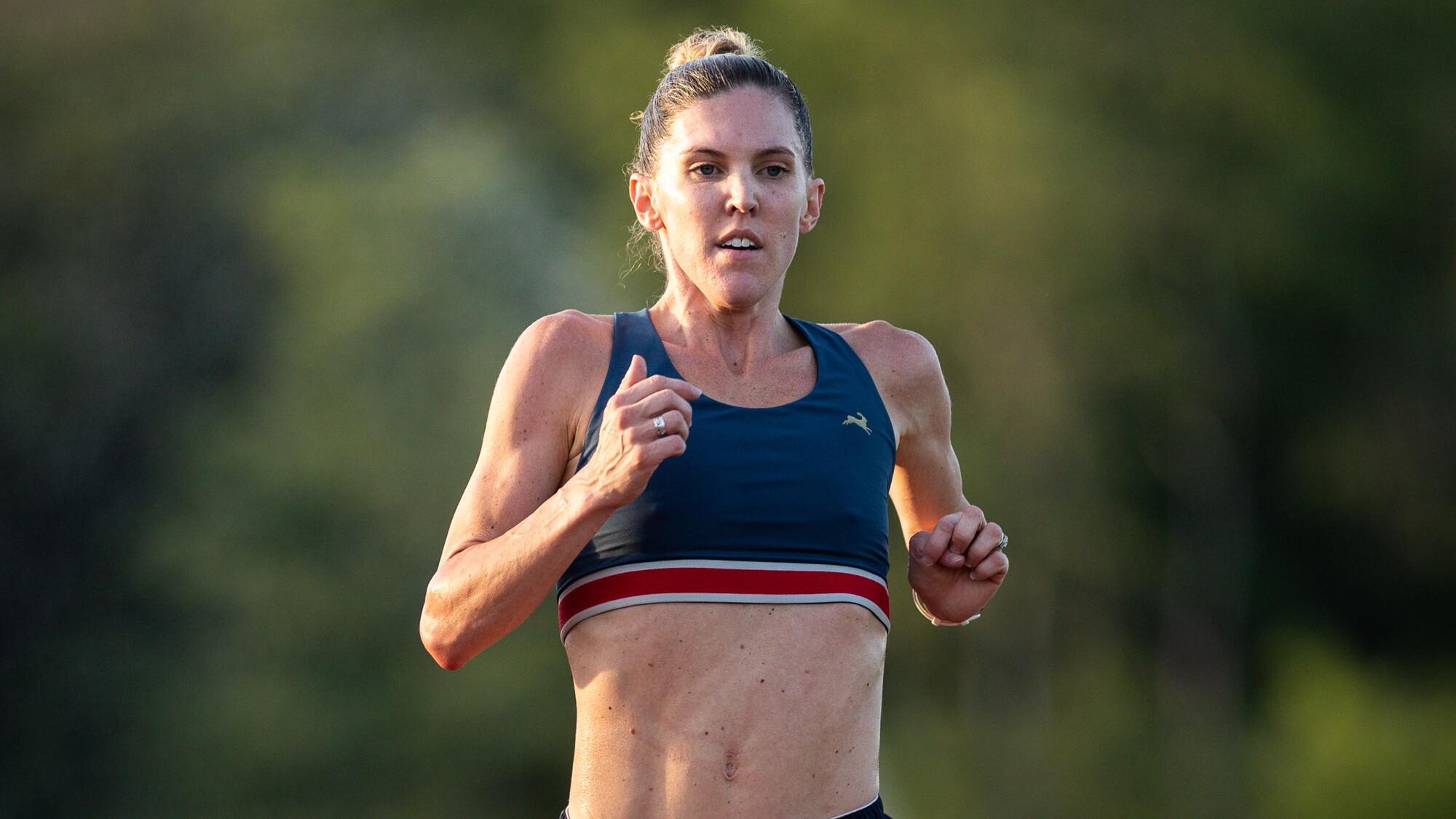 “It’s so hard to wrap my head around it because there’s 50% of my brain that is like, ‘What in the world is going on, how did I get there?’ And there’s 50% that is like really confident, that’s like, ‘Keira, you’ve worked your tail off, you’ve been putting in the miles for years and years and years, and you have, in my opinion, the best coach in the nation, Scott Raczko.'” 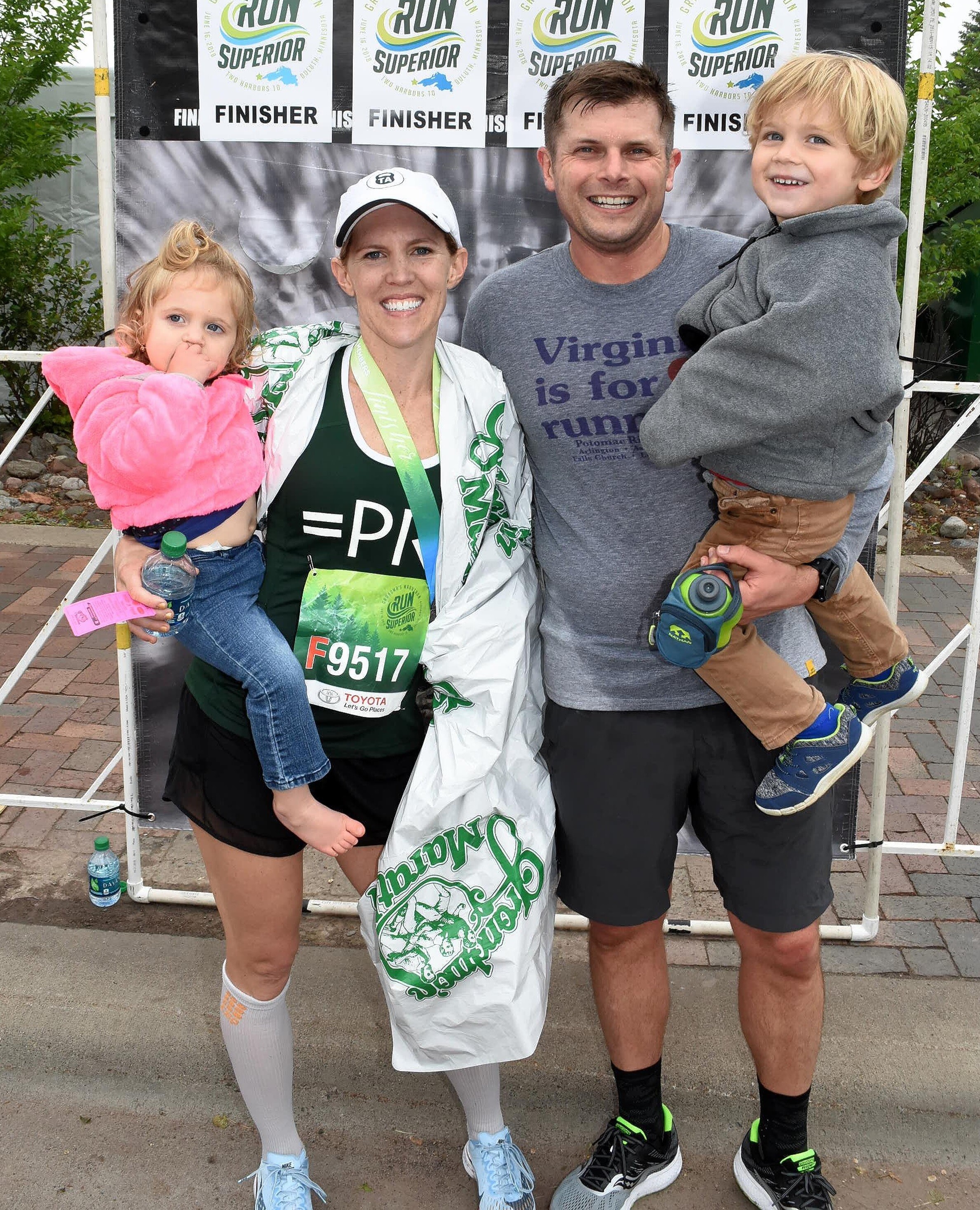 A number of fast Americans will descend on Houston this weekend for the half and full marathons on Sunday. Sara Hall, Nell Rojas, and Annie Frisbie are all set to feature in the half, while 61:00 half marathoner Frank Lara will make his marathon debut. But the most fascinating storyline is D’Amato, who will look to start 2022 with a bang after an up-and-down 2021 season.

Following a 2020 campaign featuring personal best after personal best, D’Amato spent the first half of 2021 battling a hamstring injury. She tried to fight through it but ultimately had to take time off to treat the underlying muscle imbalance, realigning her hips and strengthening her glutes. That recovery knocked her out of the biggest meet of the year, the US Olympic Trials, where D’Amato had planned on running the 5,000 and 10,000 meters.

D’Amato started working out again in August and ran the Chicago Marathon in October, finishing 4th in 2:28:22. But she knew she wasn’t at 100%. Under Raczko, D’Amato trains in four-week cycles, building up for those four weeks before taking a down week to reset. Usually, she likes to have four of those cycles under her belt for a marathon; her late start meant she only had two of them before Chicago.

D’Amato will face three-time Houston champion Biruktayit Eshetu Degefa (2:22:40 pb) and 2016 Boston Marathon champion Atsede Baysa (2:22:03) in the women’s race, and while she’d like to earn her first career marathon victory, her focus is squarely on running fast.

Leading into the race, D’Amato has done everything she can to maximize her chance of success. She has still been working her job as a realtor in Virginia, but in recent weeks she has scaled back her hours and not taken on any new clients. She even took her kids out of school this week to limit her exposure to COVID — cases have been on the rise in her area and the last thing she wanted was to withdraw at the eleventh hour because of a positive test (they will return to school after the race). It’s not a decision D’Amato feels completely comfortable with — “I’m definitely not up for any mom of the year awards,” she said — but she hopes she can make it worth it with a special performance on Sunday.

“When 113 runners lined up in 1972 to run loops in Memorial Park, no one would have predicted the marathon would have a Golden Anniversary at all, much less with a field of 28,000 celebrating on the streets of Houston,” said Houston Marathon Committee Executive Director Wade Morehead. “Led by some of the top marathoners and half marathoners in the world, we’re looking forward to a great day in the history of the race and the city.”

Returning to defend their Chevron Houston Marathon titles from 2020 – only a virtual race was held last year because of Covid – are Askale Merachi and Kelkile Gezahegn, both of Ethiopia. Making her seventh-consecutive appearance will be three-time champion Biruktayit Eshetu Degefa, who will renew her quest to become the race’s first four-time winner after finishing as runner-up to Merachi last year. 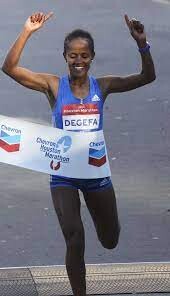 Among the Americans worth watching are Keira D’Amato and Frank Lara. D’Amato comes to Houston with a personal best of 2:22:56 and could challenge the 10-year-old course record of 2:23:14, while Lara – the 2014 Gatorade Boys’ High School Cross Country Runner of the Year out of Strake Jesuit College Prep – returns home to Houston to make his marathon debut.

Dan Green, the first winner in 1972, will serve as honorary starter, along with other members of the race’s Hall of Fame. In addition to marking its 50th anniversary, the race will serve as the first qualifier for the 2024 U.S. Olympic Team Trials – Marathon, with its newly-toughened standards of 2:18 for men and 2:37 for women. 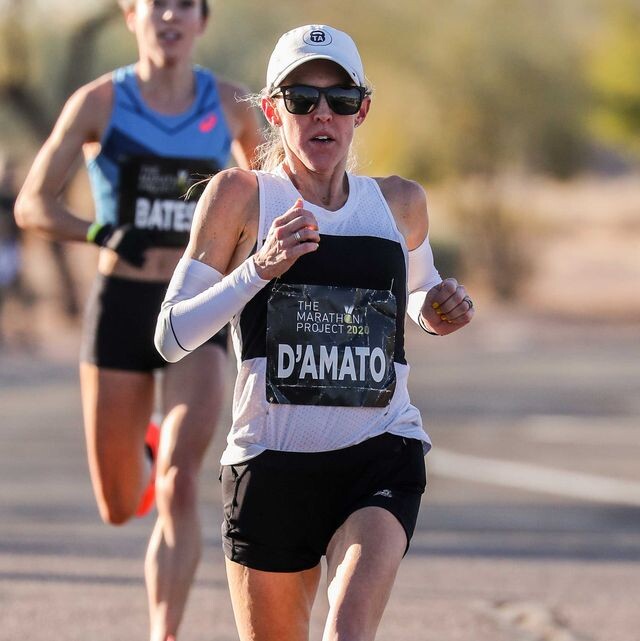 The Aramco Houston Half Marathon, run concurrently with the marathon, will be headlined by Kenya’s Vicoty Chepngeno and American Sara Hall. Chepngeno set her personal best of 1:07:22 in winning the Philadelphia Half Marathon last November, while Hall is the sixth-fastest woman in U.S. history at the half marathon and second-fastest in the marathon. On the men’s side, the fastest time in the field belongs to Shadrack Kimining Korir, who returns to Houston after finishing third here in 2020 in a personal best of 59:27.

The Chevron Houston Marathon and Aramco Houston Half Marathon will be broadcast on ABC-13 from 7 a.m.-10 a.m., with a race day recap at 10:35 p.m. Joining ABC-13’s Greg Bailey and Gina Gaston as expert commentator will be Des Linden, the 2018 Boston Marathon winner and 50K world-record holder. Linden made the first of her two U.S. Olympic Marathon teams in Houston in 2012.