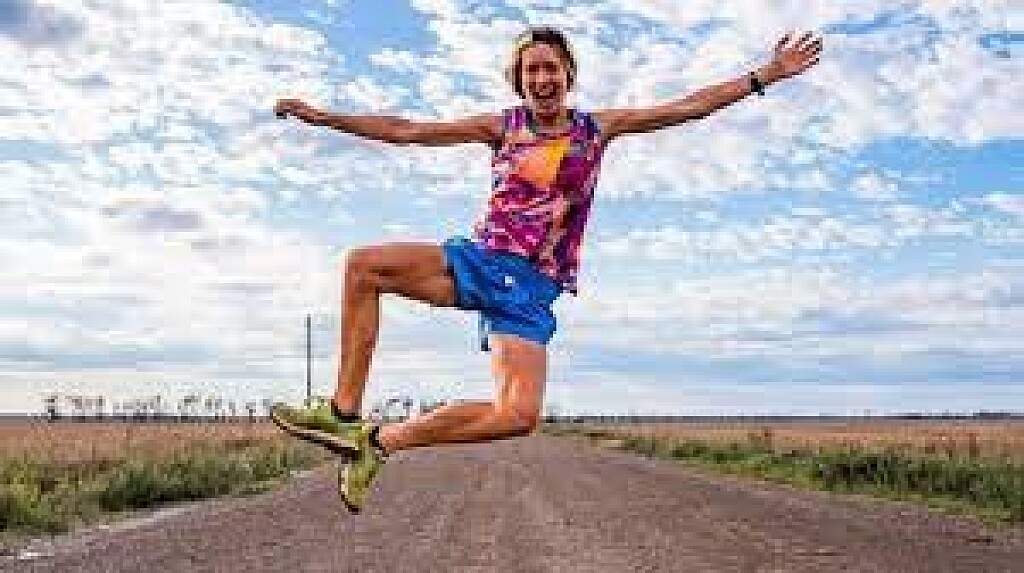 When Erchana Murray-Bartlett first told people about her plan to run 150 consecutive marathons, they had mixed responses.

"The most surprising thing was people actually said, 'oh, of course, if there's anyone that can do it, it would be you,'" she said.

"I'm quite injury resilient, I think that is one of the biggest strengths out here. I definitely have had a lot of people say it's impossible." 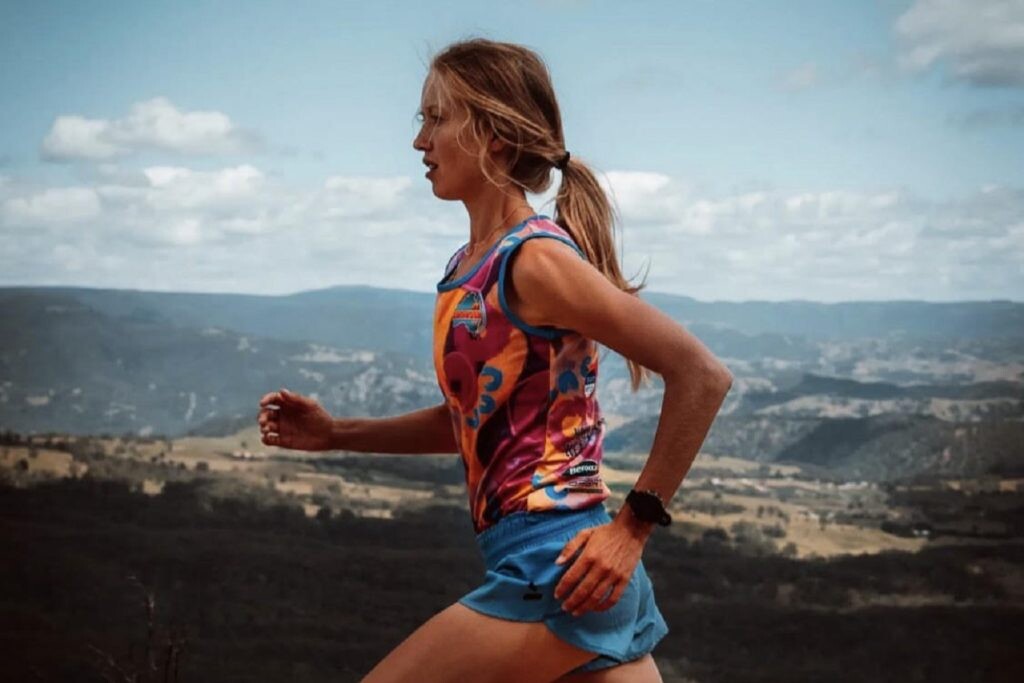 The 32-year-old ran her 150th marathon in a row on Monday, finishing a five-month trip with four laps of Melbourne's iconic Tan Track.

Dubbed the Tip to Toe, Ms Murray-Bartlett's run has taken her from the tip of Australia at Cape York in far north Queensland, down to the mainland's "toe" in Melbourne. 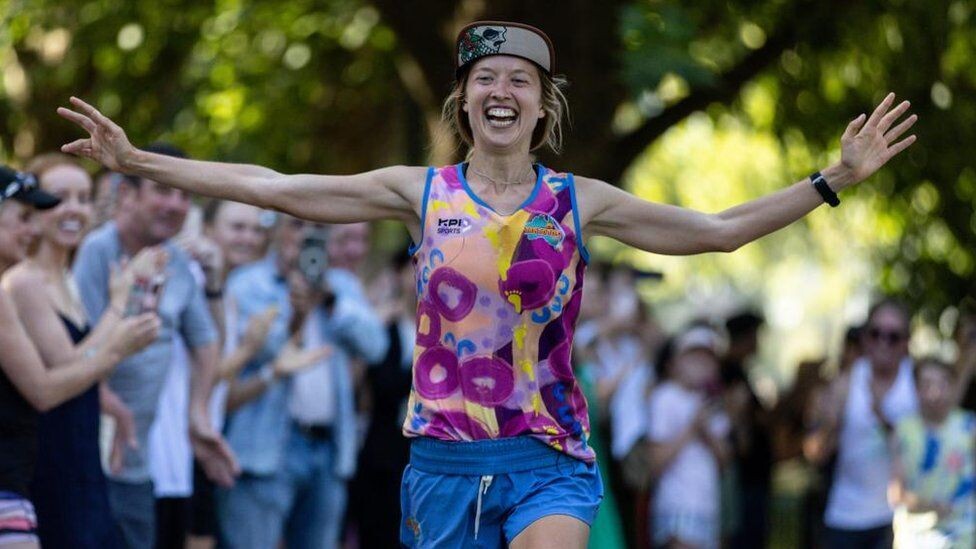 Though it is yet to be made official, she has shattered the Guinness World Record for most marathons in a row by a woman, which previously stood at 106.

After crossing the final finish line, Ms Murray-Bartlett said she was "ecstatic".

"It's so good to be here in my home city with a home crowd," she said.

"If you just go out and try, who knows what you can achieve."

Ms Murray-Bartlett began her run with the goal of protecting Australia's endangered animals and the regions they live in, raising money for the not-for-profit Wilderness Society.

"If we don't do anything, significant animals like the koala, they'll be extinct," she said.

"Once an animal is extinct you can't bring it back, I mean this isn't Jurassic Park."

Adele Chasson from the Wilderness Society said more than 2,000 animal and plant species were on Australia's national threatened species list.

"That makes Australia unfortunately number one in the world for mammal extinction. And extinction is a choice made by governments and corporations, and we want that to change," she said.

"This will make a huge difference, allowing us to power our work for Australia's wildlife across the country."

Ms Murray-Bartlett went through 10 pairs of shoes throughout the more than 6,300-kilometre journey.

"I'm surprisingly okay, I've got very callused, swollen feet. My feet are now a size bigger than when I started," she said.

But despite the physical toll, she said logistics were the most challenging element of running through such varied terrain.

"Battling the heat every single day was definitely challenging, finding food, because you have to do all that normal stuff and lay it on top of running a marathon.

"There's been so many challenges, the car has broken down — luckily I haven't broken down."

Ms Murray-Bartlett and her team were so plagued by bugs during the trip, she said all the insect repellent and sunscreen left her "sticky for months".

She also had a "terrifying" incident when she was chased by a wild bull in Cape York and needed a car to chaperone her safely through the course.

Ms Murray-Bartlett mentioned the possibility of running through Tasmania, but her top priority was taking a break.

"All I want is to put my feet up and to have a chardonnay, I think that's fair," she said. 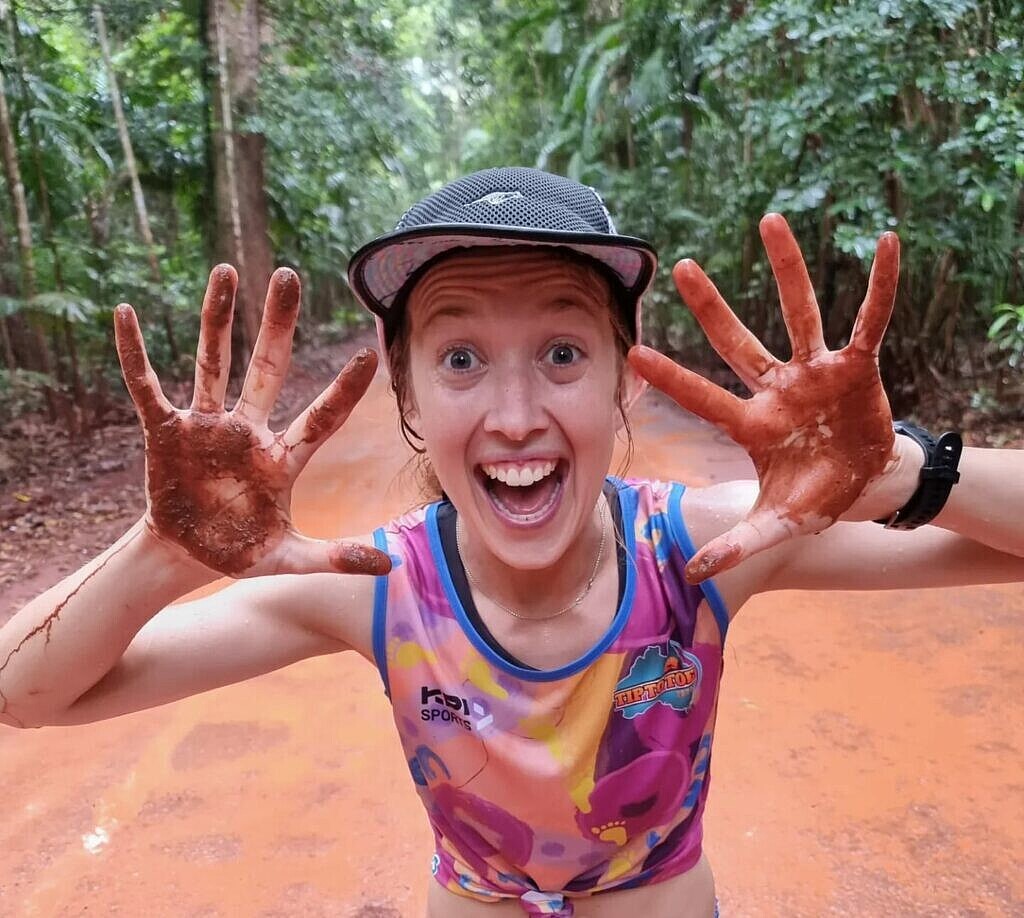 On a very warm August morning Erchana Murray-Bartlett began running from Cape York, Australia, to Melbourne (the tip to the toe of Australia, inspiring the name of her fundraiser, “tip to toe 2022”). On Sunday, Dec. 3, 107 days later, she achieved one of her goals–setting the Guinness World Record for running the most marathons in a row by a woman.

After meeting her parents at the finish line to celebrate, she rested and re-fueled so she could start again in the morning, raising money for endangered animals along the way. She’s not stopping until she hits 150. 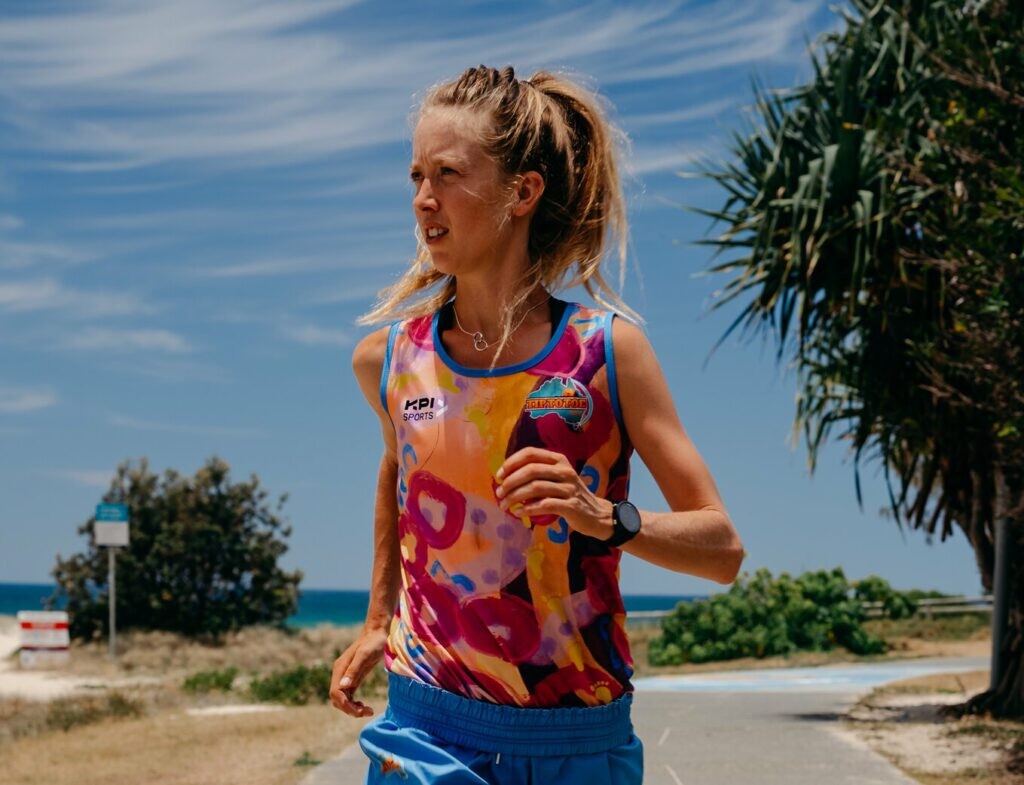 Murray-Bartlett, 32, has a master’s degree in nutrition and has been an elite runner for a decade. “The sport has provided me with many opportunities to travel, meet new people and push my physical boundaries,” she says, adding that she runs every day regardless of conditions. She credits her partner, Ryan, with helping get her project rolling, taking video footage, and supporting her along the way.

“I have always wanted to cross the country on foot, but the real kicker started when I watched a documentary of Beau Miles running 650km through the Australian Alps when I was stuck in hotel quarantine during the covid pandemic,” Murray-Bartlett explains. We caught up to Murray-Bartlett after Sunday’s record-breaking run. 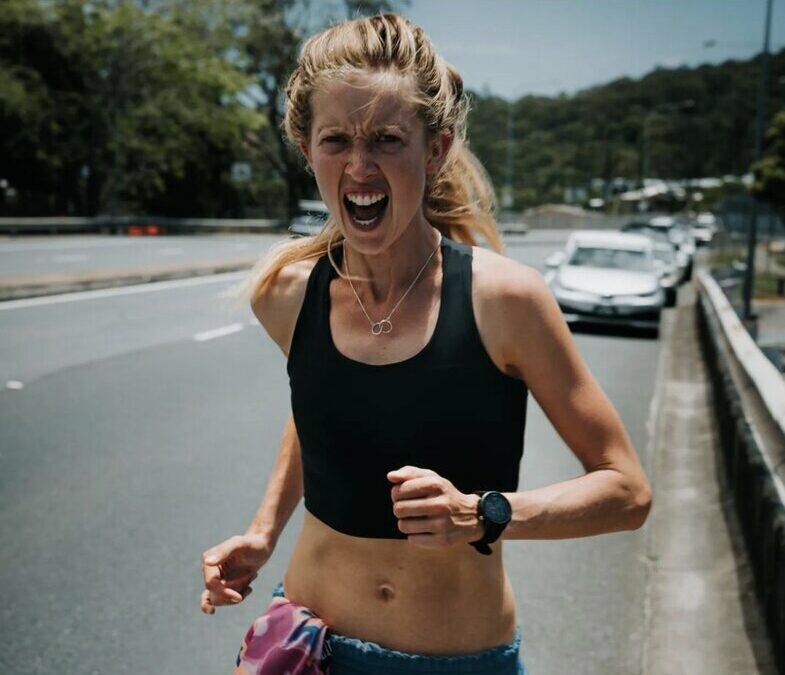 CR: What inspired you to start this record attempt (and to go for the 150 days)?

I love Australia’s native animals. I think they’re incredibly unique, with fun personalities and interesting characteristics. We have some globally iconic wildlife, yet Australia is a world leader in biodiversity loss. We have almost 500 native animals currently sitting on the endangered list. This number has risen by 8 per cent since 2016.

Extinction is a choice and we need to educate our policymakers to ensure we are making the right one. So, I’m running to be the voice of our native animals and the wild places they call home. I wanted to counteract a bad world record (Australia being a world leader in biodiversity loss) with a good world record (breaking the GWR for most consecutive marathons by a female).

CR: What does it feel like to run 107 marathons in a row? How is your body doing?

To be honest, I’m exhausted. My hips, feet, legs and back ache. I feel a little bit emotionally exhausted too after reaching the record last Sunday–the challenge is now to just keep going, and I’m excited to see what my body can do.

The hardest part was the first month. My body was still adjusting and I found myself with three injuries, all on my left leg. Now, the daily grind is a familiar feeling and I’m finding I’m actually feeling stronger and stronger as time goes by. Mentally, I’m very motivated and extremely excited to continue the journey to Melbourne. There are some incredible places to see in my immediate future and some great people to meet!

I wake up really early to avoid the intense Aussie sun and hit the road after a quick coffee and bowl of oats with banana. I’ll run south for around four hours, passing through national parks, coastal paths, and taking gorgeous backroads, until I hit the 42.2 km mark.

The afternoons are what vary–we set up camp, eat a big meal, and shower in any body of water. Then I spend the afternoons visiting schools, grassroots volunteer programs, or engaging with the media about the cause. I try and spend a little bit of each day recovering, but sometimes this actually gets pushed down the priority list.

What do you eat to keep you going out there? Any favorite fuel?

I eat loads! About 5,000 calories per day, with a big breakfast, coffee, and then snacks throughout the run. This includes fruit, Clif bars, Hydralite, and anything else I can get my hands on. I have lunch, and then often a second lunch (a wrap, a burger, or nachos) and a giant dinner.

Since we’re camping it has to be anything that can be cooked on a gas stove top. And always, without fail, some dark chocolate for dessert. I’ve actually sampled every ice cream down the East Coast of Australia so far!

So far you’ve raised nearly $50, 000 AUD for at-risk wildlife. How can our readers learn more about your fundraiser?