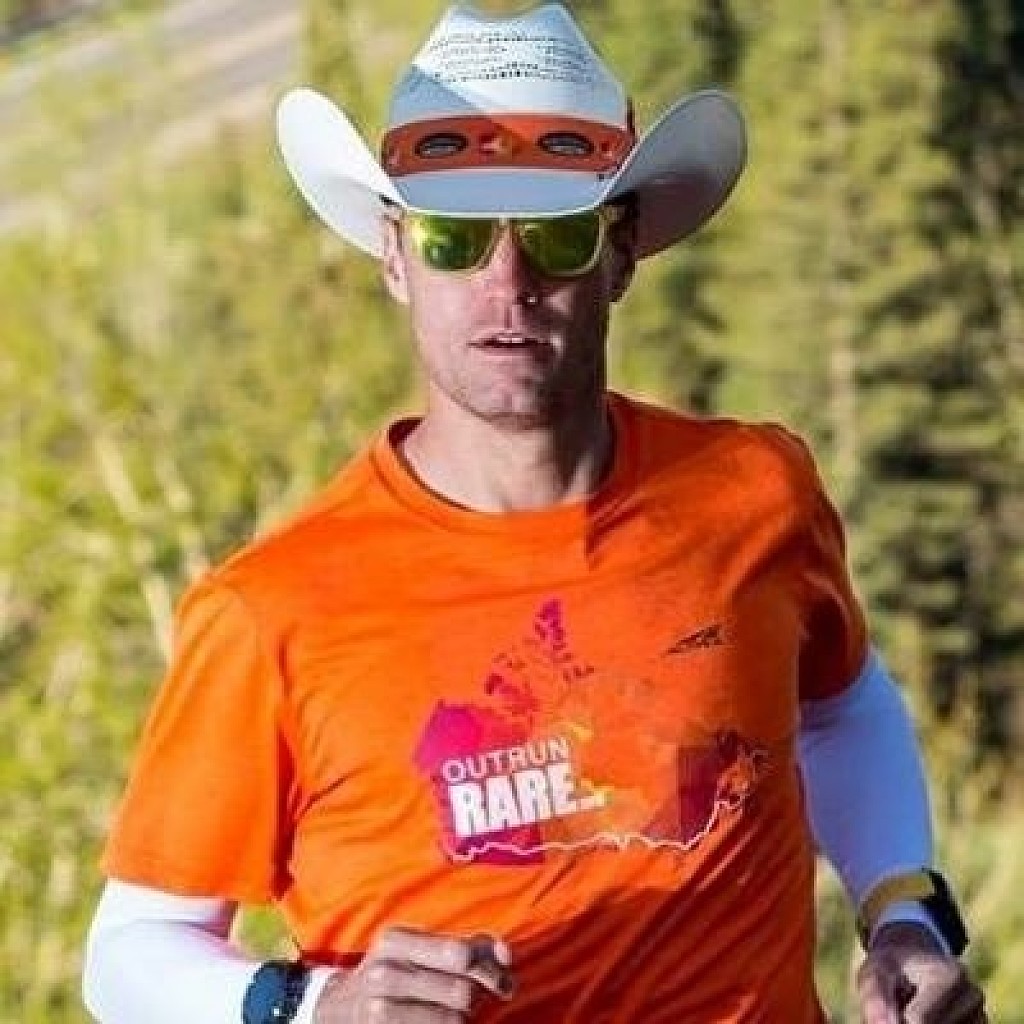 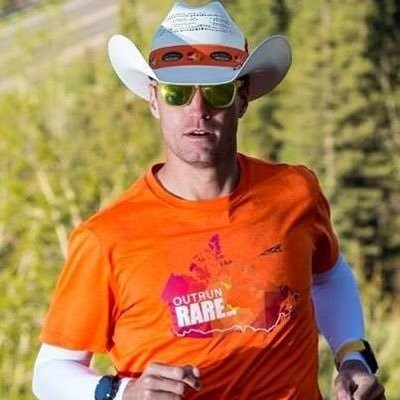 If you’re itching to race this spring but don’t know where to turn, maybe just look to your backyard. The Quarantine Backyard Ultra is a free race that anyone can enter, and you can do it from the comfort of your own home or on a route nearby. Canadian ultrarunner and treadmill-running world record-holder Dave Proctor will be running the Backyard Ultra, which will be broadcast on YouTube starting on April 4, and the Barkley Marathons‘ Laz Lake will be the honorary race director.

The race starts at 6 a.m. PT on April 4. All runners will connect via Zoom video call, and this is where their progress will be monitored. Athletes can choose between running on a treadmill or on a route that starts and finishes at their home. Runners who choose the former option must point their camera at their treadmill after they complete each lap to prove they completed the distance (each lap is 6.706K). 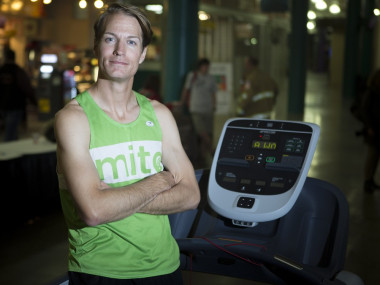 Racers who opt to run outside must use a GPS watch or smartphone to record their distance run, and at the end of each lap, they must show proof of the completed lap to the Zoom audience. Once runners complete each lap, they can relax until the next lap begins. The last person running is the winner. 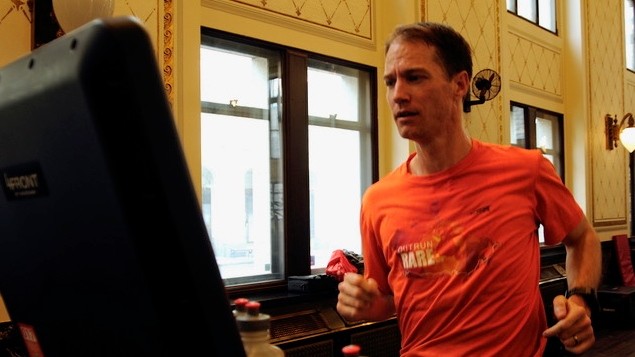 The race will be live streamed on YouTube, which should satisfy many running fans’ needs for live racing. Better yet, the event will have live updates on its Facebook page written by Lake, and, if all goes well with Zoom, Lake will also provide colour commentary over the live feed as well. Last year, Lake travelled to Calgary and acted as the honorary race director for Proctor’s Outrun Backyard Ultra, which was modelled after Lake’s Big’s Backyard Ultra in Tennessee.

The race is being organized by Personal Peak, an endurance coaching company witch which Proctor works. In May, Proctor was set to tackle the TransCanadian speed record attempt, and Personal Peak coaches were going to be his crew for the run. When he had to postpone his attempt, Proctor decided he had to do something to replace it.

“Hopefully, for those people who have trained over the winter months, this will give them something to race, whether they run one lap or 50,” Gillis-Paulgaard says. The winner of the event will win what is, according to the race website, “soon to be world’s most coveted prize: The Golden Toilet Paper Roll.” In a time where race opportunities are sparse and toilet paper is hard to come by, you can get both in the newest virtual race. 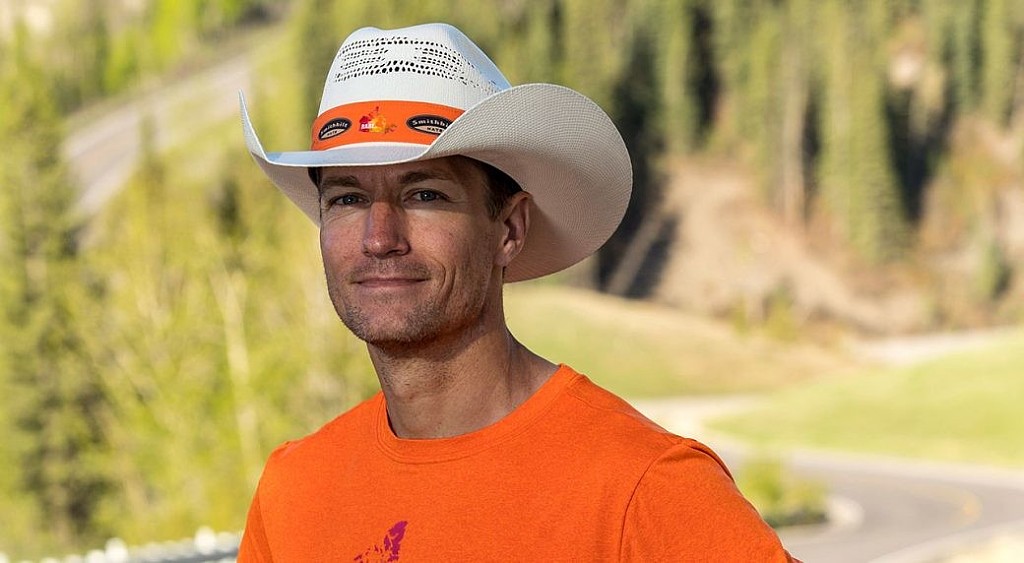 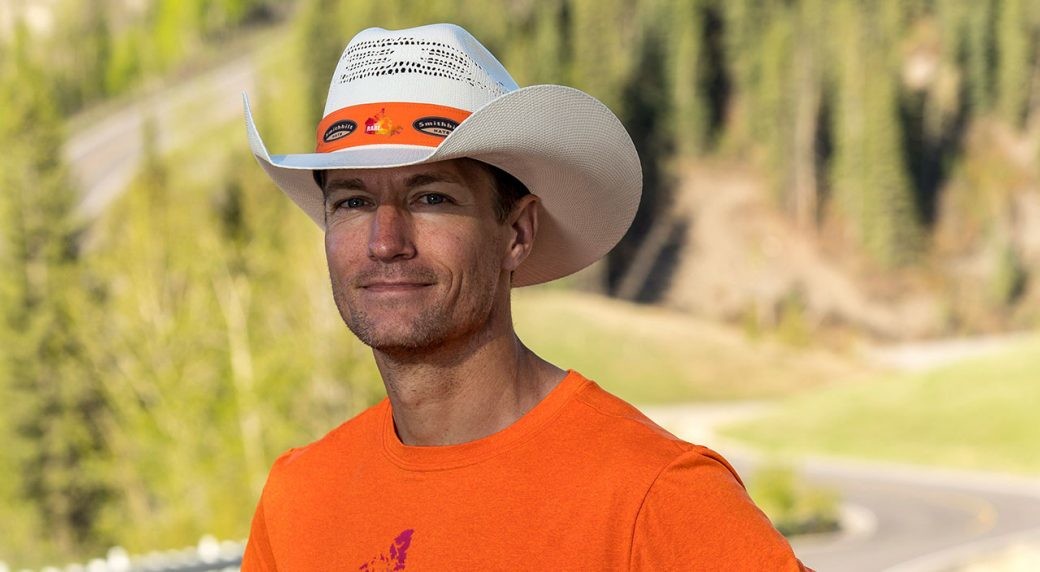 Canadian and world record-holding ultrarunner Dave Proctor, whose 2018 cross-Canada speed record attempt was thwarted by injury after 2,415 kilometres, has announced he will try again next year, starting on May 18. This time Proctor will run from east to west, starting in Newfoundland and finishing in Victoria, with the goal of completing the quest in 67 days. The current record, held since 1991 by the late Al Howie of Victoria, is 72 days, 10 hours.

Inspired by his experience as the father of a child with a rare genetic disease (his son Sam, 10, has RECA,  which stands for relapsing encephalopathy with cerebellar ataxia), Proctor raised more than $300,000 from his runs for the Rare Disease Foundation last year. His latest accomplishment was two world records in treadmill running, set at the Calgary Marathon expo in May: the 12-hour and the 100-mile, which he set at 153.8K and 12:32:26. Proctor holds the Canadian records for 24 hours and 48 hours on the road.

“I’m ready to take this on and I’ve got so much more in the tank this time,” says Proctor. “My bodyhas recovered, and I am fitter than ever before, with more passion about our cause fueling me and the hundreds of communities supporting the run.” 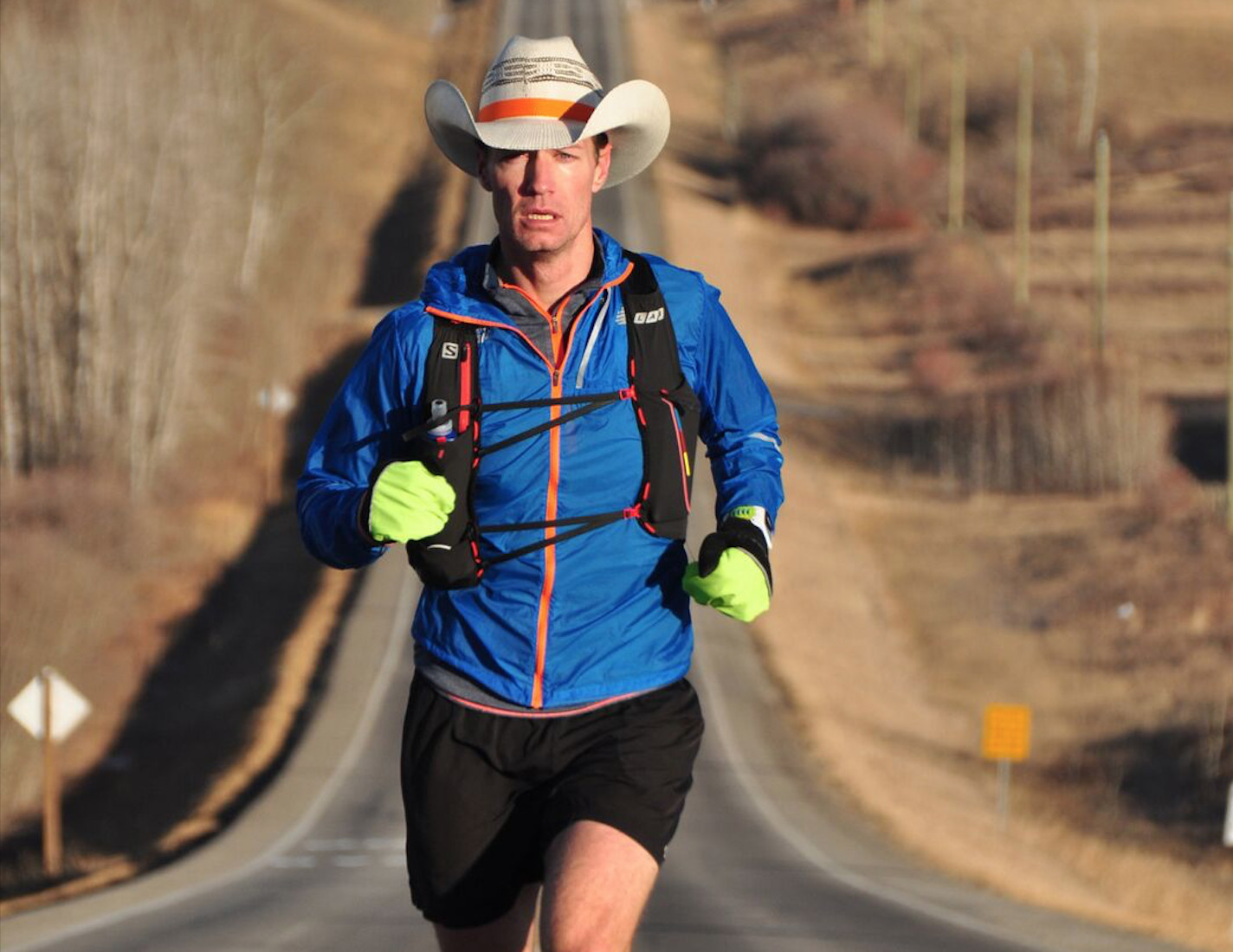 The announcement comes on the heels of the publication of the first biography of Howie, by Jared Beasley, who stumbled upon his story in 2014 after meeting and befriending one of Howie’s competitors from the 1980s. The two men belonged to a small subset of ultrarunners who ran mind-boggling distances in the multi-day races of the 1980s and 90s, which have almost completely disappeared. 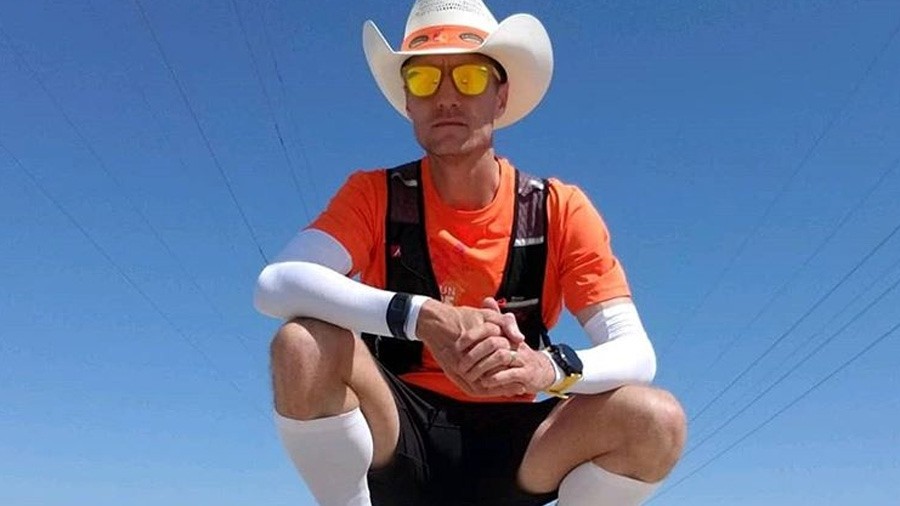 Howie was an eccentric and a loner with a complicated personal history, who mostly lived in poverty.

His habit was to start races at a blistering pace, creating a huge lead for himself before settling into a slower, more sustainable pace that he could maintain for days at a time. He met Terry Fox and Rick Hanson at the run that inspired Fox’s Marathon of Hope (the Prince George to Boston Marathon of 1979, in which Howie finished third). Howie was 46 when he set the cross-Canada speed record, and two weeks after completing the run, he broke his own course record at the Sri Chinmoy 1,300-mile race in New York.

Proctor will have to cover 105 kilometres, or the equivalent of two and a half marathons a day, to achieve his goal, which is to break Howie’s record by five days.

Proctor recently broke his own 48-hour record (unofficially) at the Six Days in the Dome event in Wisconsin, at which American ultrarunner Zach Bitter broke the world 100-mile record. Proctor is now looking ahead to Laz Lake’s Big’s Backyard Ultra, which starts on October 19 in Tennessee. 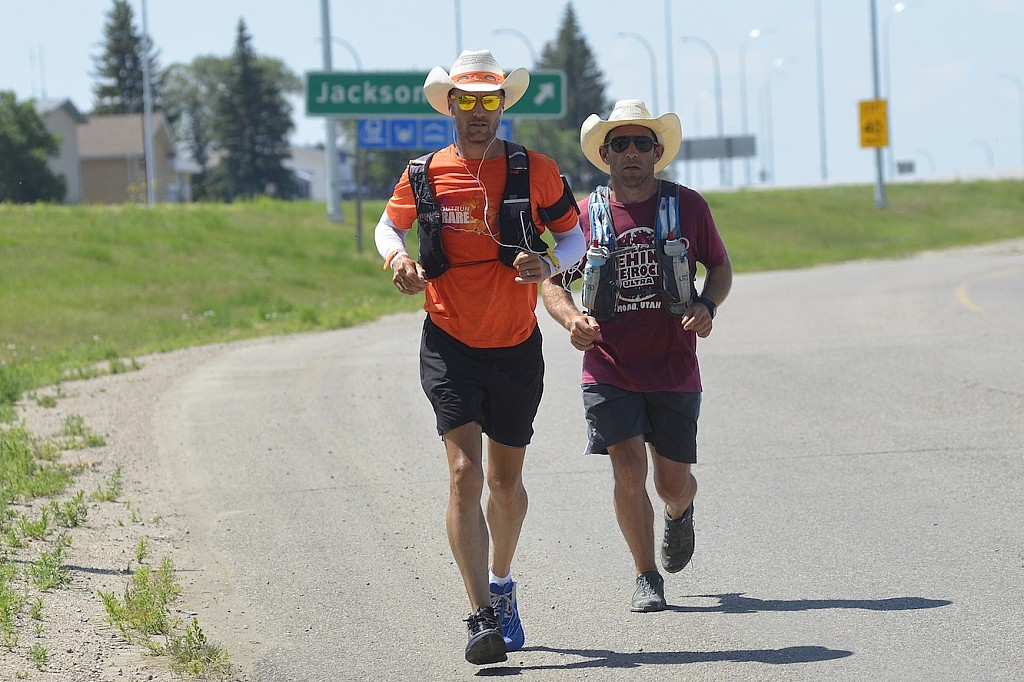 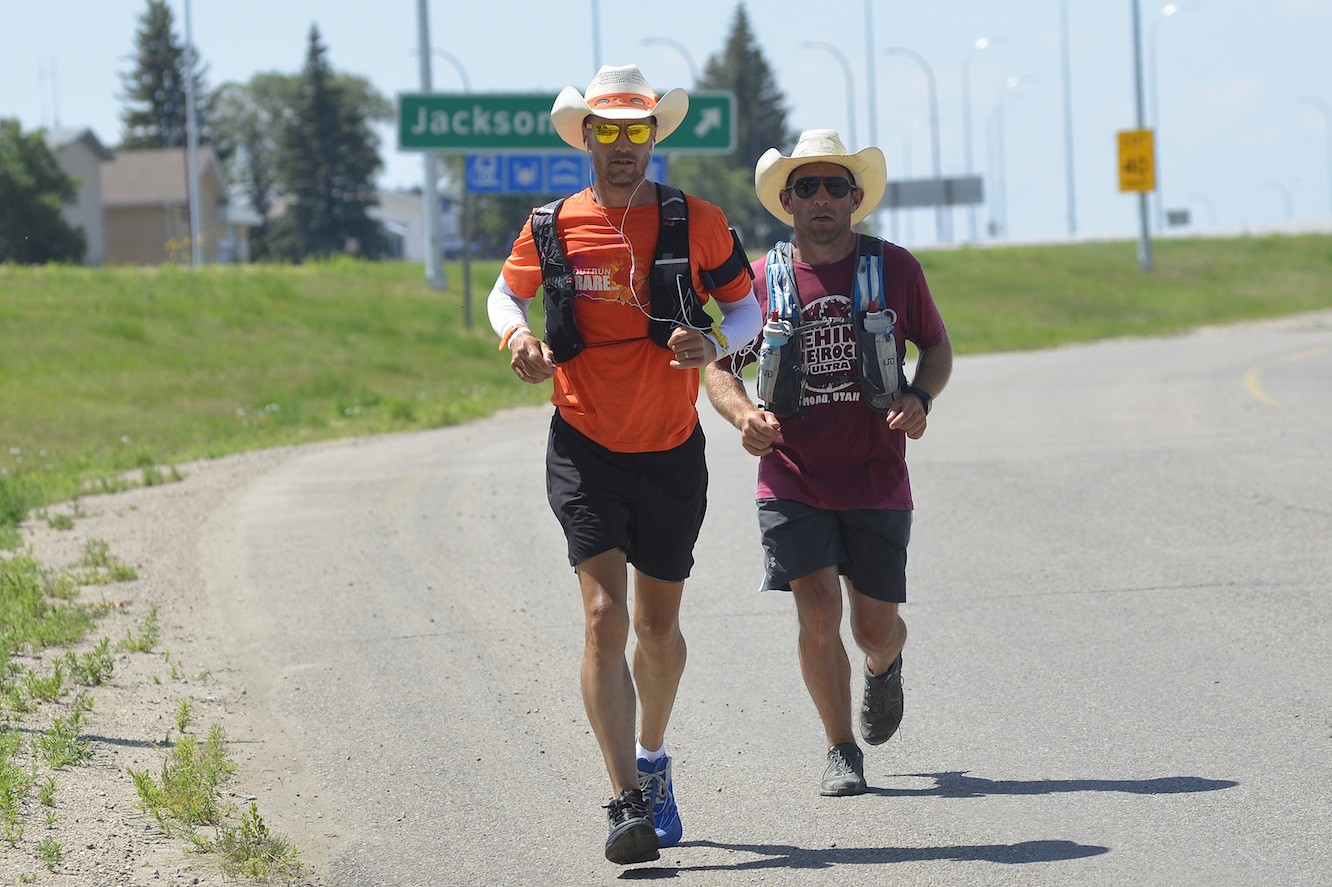 It was a bittersweet ending for ultrarunner Dave Proctor and the Outrun Rare team, who officially ended their cross-Canada trip in Halifax.  Proctor, who started running in Victoria on June 27, was on a quest for the cross-Canada speed record while also raising awareness for rare diseases, but made it just past Winnipeg before pain from a back injury sustained before the trip forced him to stop running on July 28. He had covered more than 2,400K. Dr. Christine Chambers said, “I’ve seen rare disease patients and families make new connections with each other and with our organization… But even more, Dave has helped people who haven’t been impacted with rare disease, the ‘typical Canadians,’ realize the barriers faced by the one in 12 directly impacted and their families. He’s galvanized their compassion for those of us that have fallen through the cracks in Canada’s health care system. Like Dave Proctor, I think this is just the beginning.” Proctor decided not to dip his trademark Smithbilt cowboy hat in the Atlantic as originally planned, since, as he says, he expected to end the trip in Newfoundland, not Halifax. Neurological damage resulting from his untreated herniated disk forced the decision to wrap up the trip a week early and fly back to Calgary, where he will begin treatment. Proctor says it remains to be seen whether he’ll require surgery. “We are nowhere close to being done,” says Proctor of the effort to raise awareness and push policymakers for a national rare disease strategy. He also didn’t rule out the prospect of another attempt at the cross-Canada run. Proctor holds the 24-hour, 48-hour and 72-hour Canadian records for continuous running. The cross-Canada speed record is held by Al Howie, who ran across Canada in 72 days in 1991. (08/24/2018) ⚡AMP 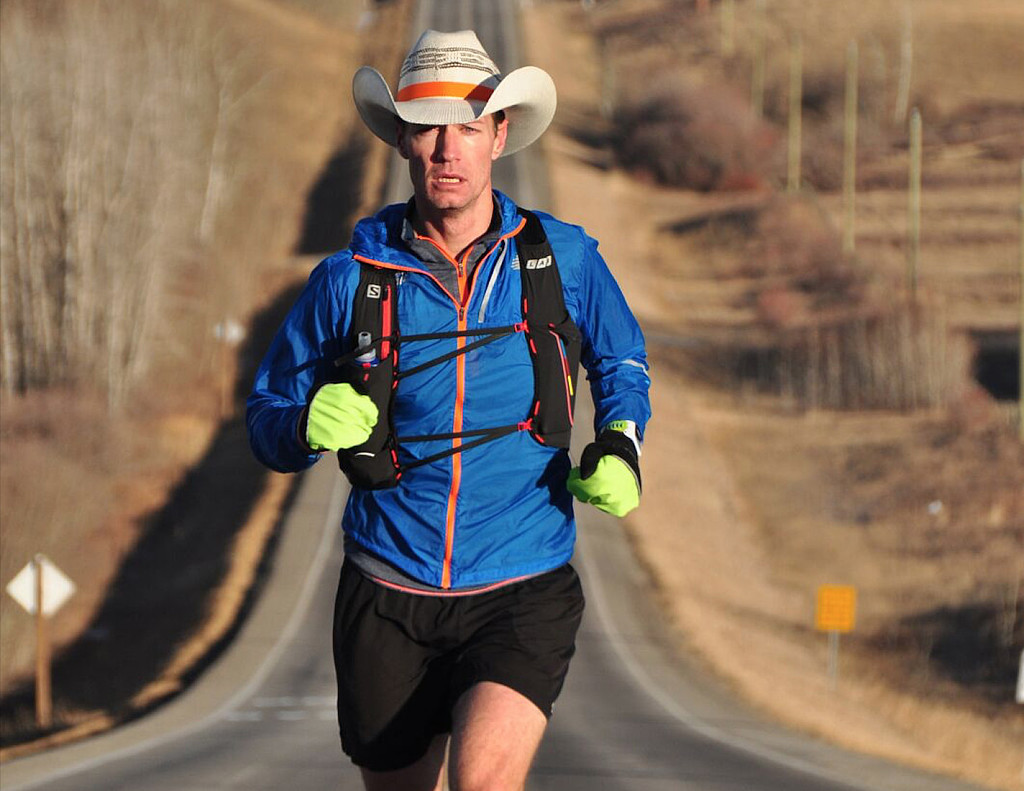 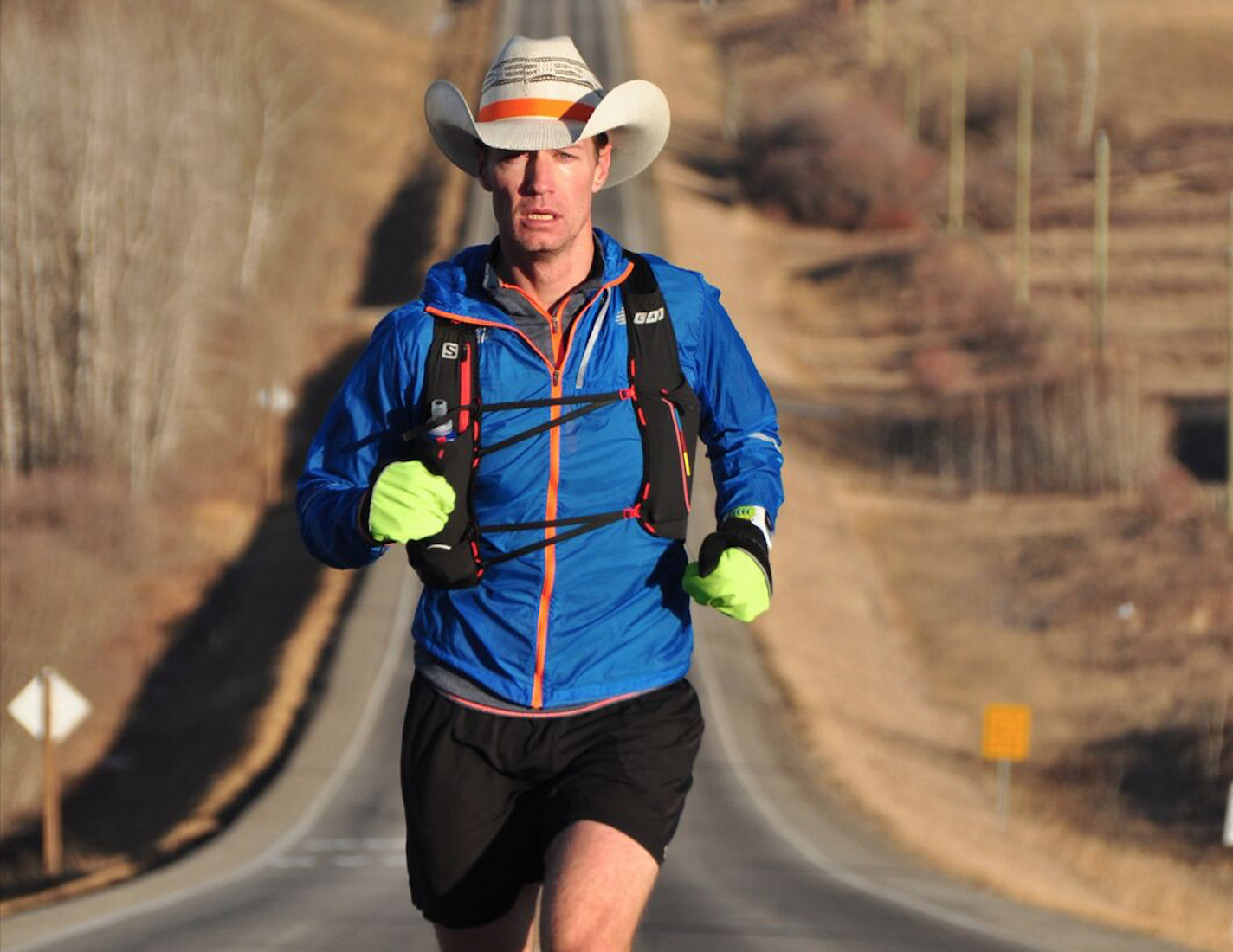 After 11 straight days on the road, ultrarunner Dave Proctor and his support crew arrived in Calgary Monday

Proctor is running across Canada with two large goals in mind: to raise over $1 million for the Rare Disease Foundation, and to beat the cross-Canada speed record set by Al Howie in 1991. Proctor, who is from Okotoks, Alberta south of Calgary, is a highly accomplished and decorated ultrarunner who holds various records in ultrarunning. He was met by a crowd of several hundred people at a local Staples store, who joined him in a 5K as his journey continued eastward.Proctor must average 108K per day in order to meet his goal of getting to the east coast in 66 days. Howie’s run took 72 days. (07/11/2018) ⚡AMP 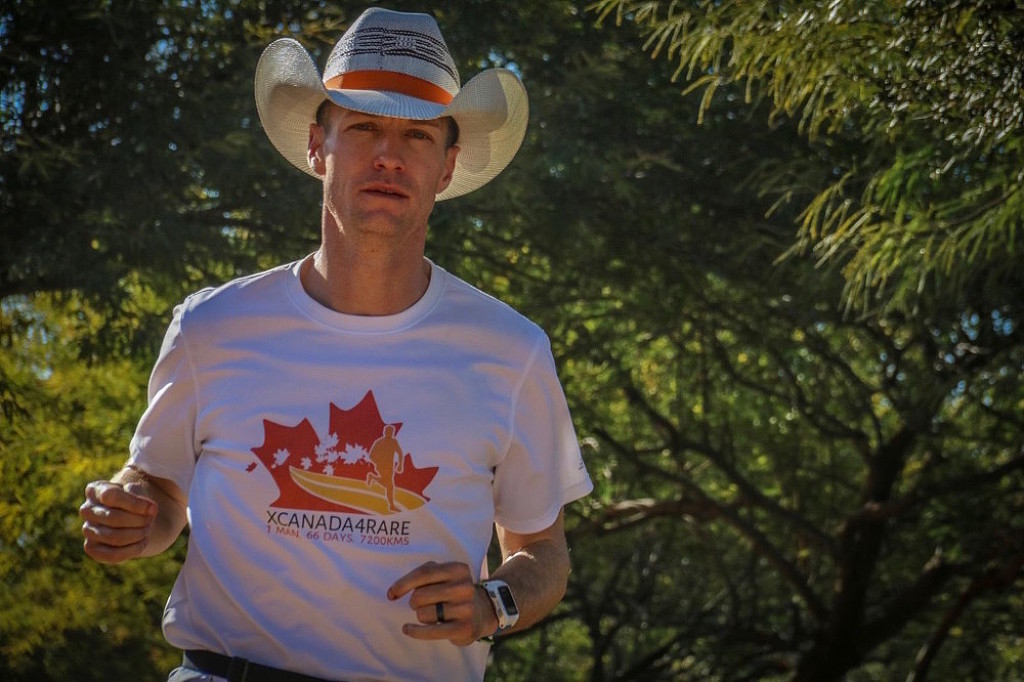 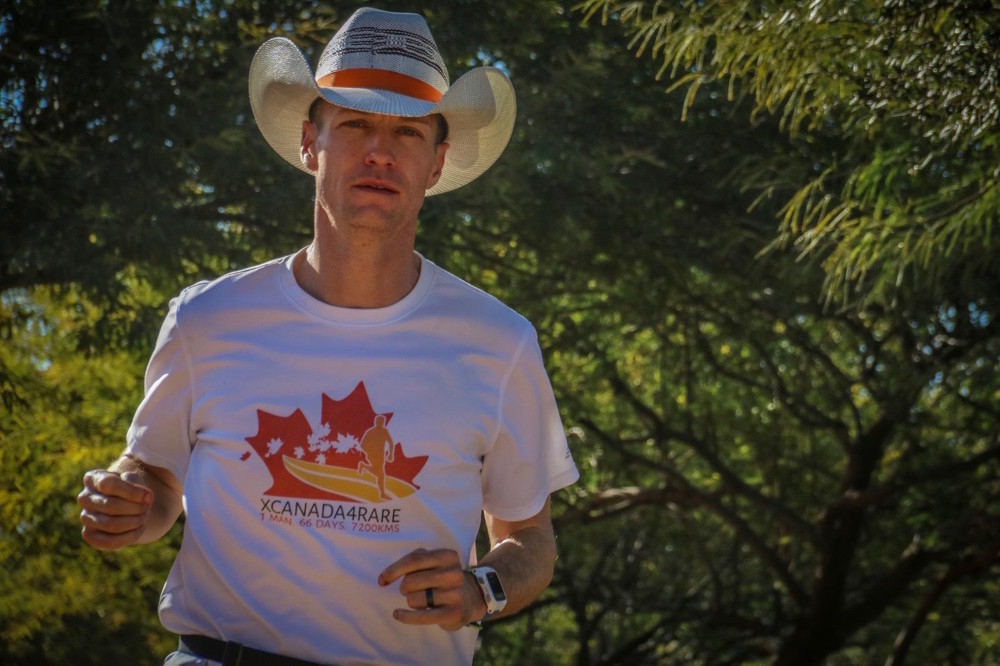 Dave Proctor is not done, even after running more than 358K in the span of 48 hours. The feat is a 48-hour Canadian record (previous mark of 355.8K), according to Proctor, who entered the race as the 24-hour Canadian record holder. Proctor hit 358.16K with 10 minutes to go before the 48-hour mark on Saturday so his new record will likely be more than 358K. Proctor is racing at Across The Years, a multi-day event at Camelback Ranch in Glendale, Ariz. (01/02/2018) ⚡AMP