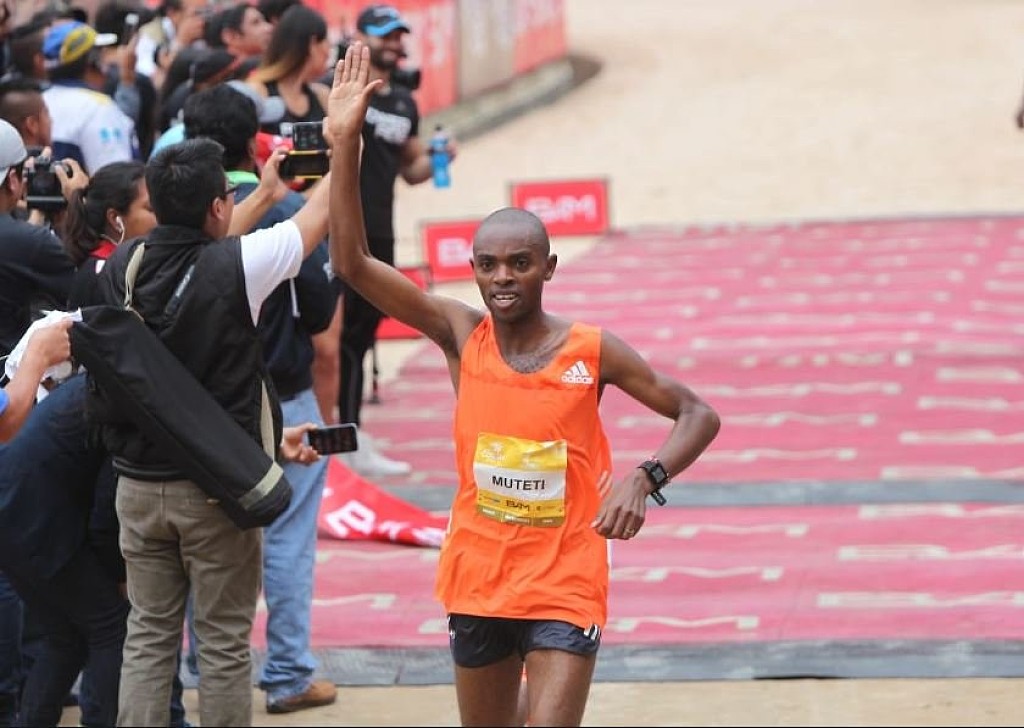 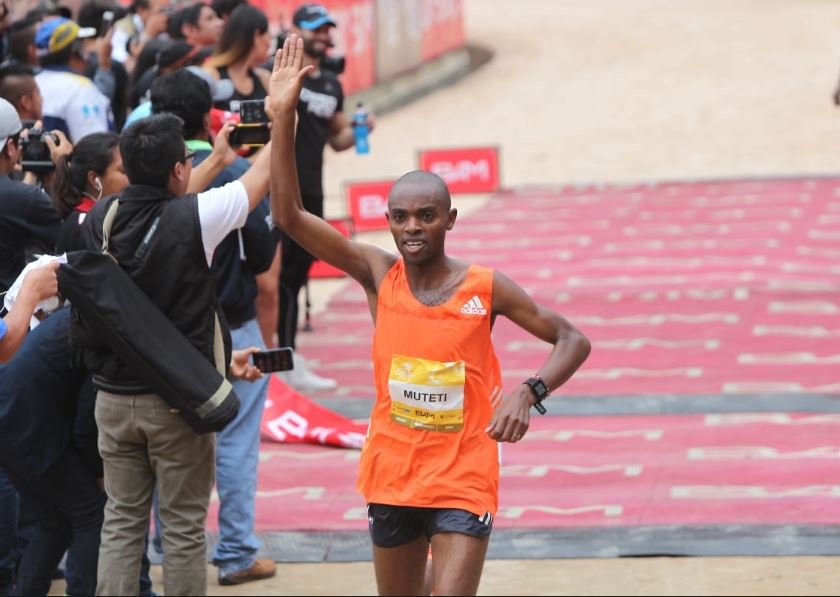 Muteti who clocked 2:09:25 in Cape Town is eyeing fast time in the old Greek city but will have to contend with compatriot Rhonzas Kilimo in the quest to break the Athens course record of 2:10:37 set by Felix Kandie back in 2014.

A record 20,000 runners will line up on a course that is almost identical to the one used for the 1896 Olympic marathon.

"The fact that I am running here in Athens where the marathon began is special motivation for me," said Daniel Muteti on Friday. 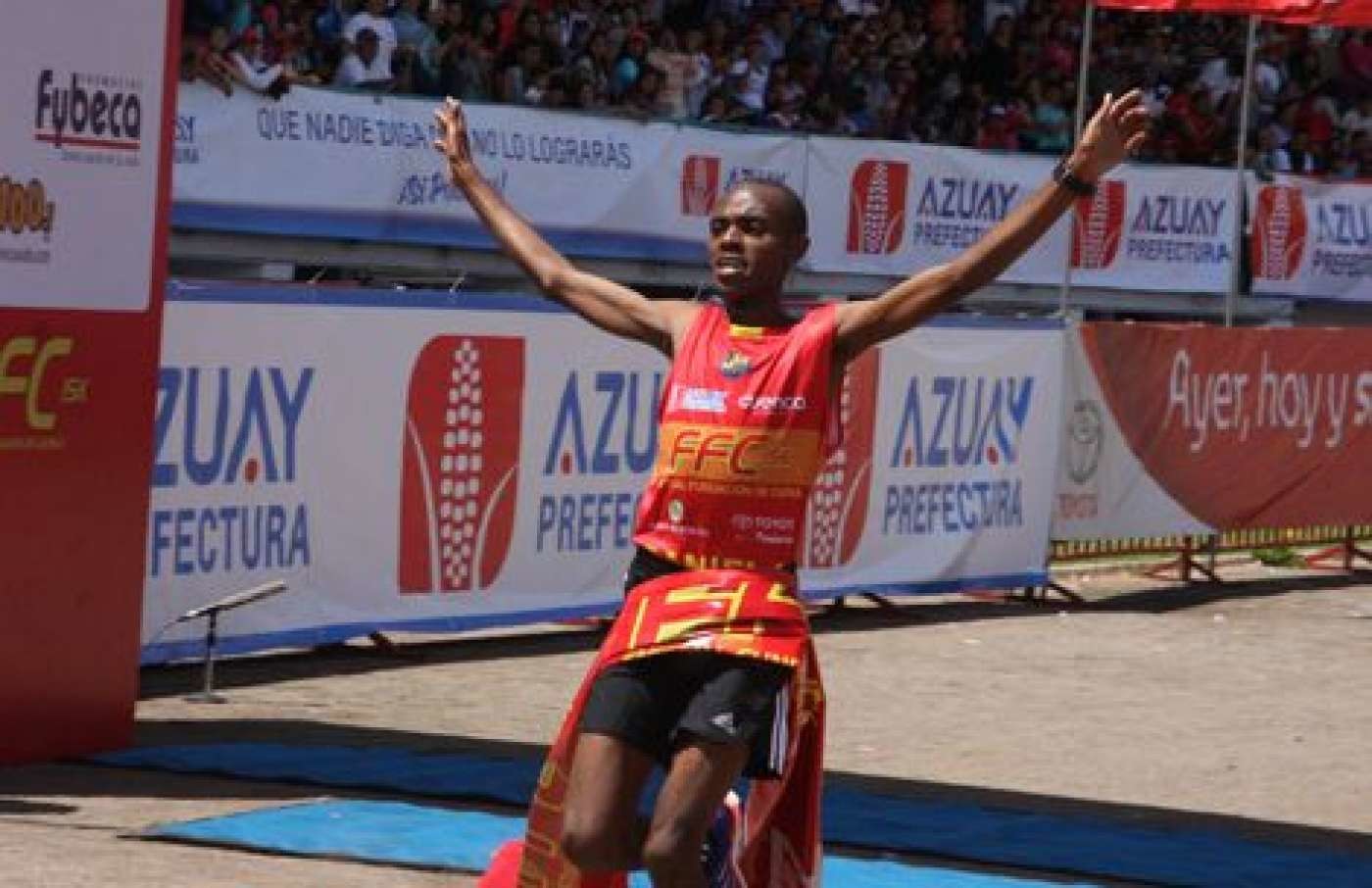 "I have enough motivation to go for a fast time and I believe the weather will be good for me so that I may attain my goal. I know it is a short time to run two marathons in the span of two months, but I believe I have the strength to withstand the pressure," Muteti said. 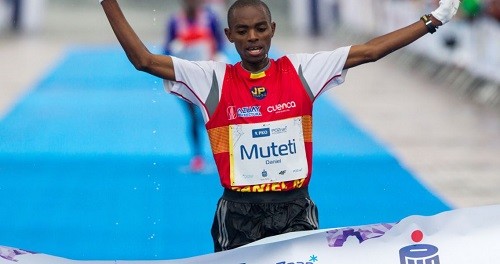 Kilimo will be making debut at the distance after a running a half marathon in a personal best time of 60:49 minutes last year.

"I always wanted to run the full distance and have been delaying it. But I believe Athens will be the perfect stage for me to make another mark in my career and win a first marathon," said Kilimo.

Organizers admit they have concentrated more on the men's field this year than the women's, so Eleftheria Petroulak (2:44:01) and Sonia Tsekini (2:45:02) are the favorites. There will be no women representation from Kenya. 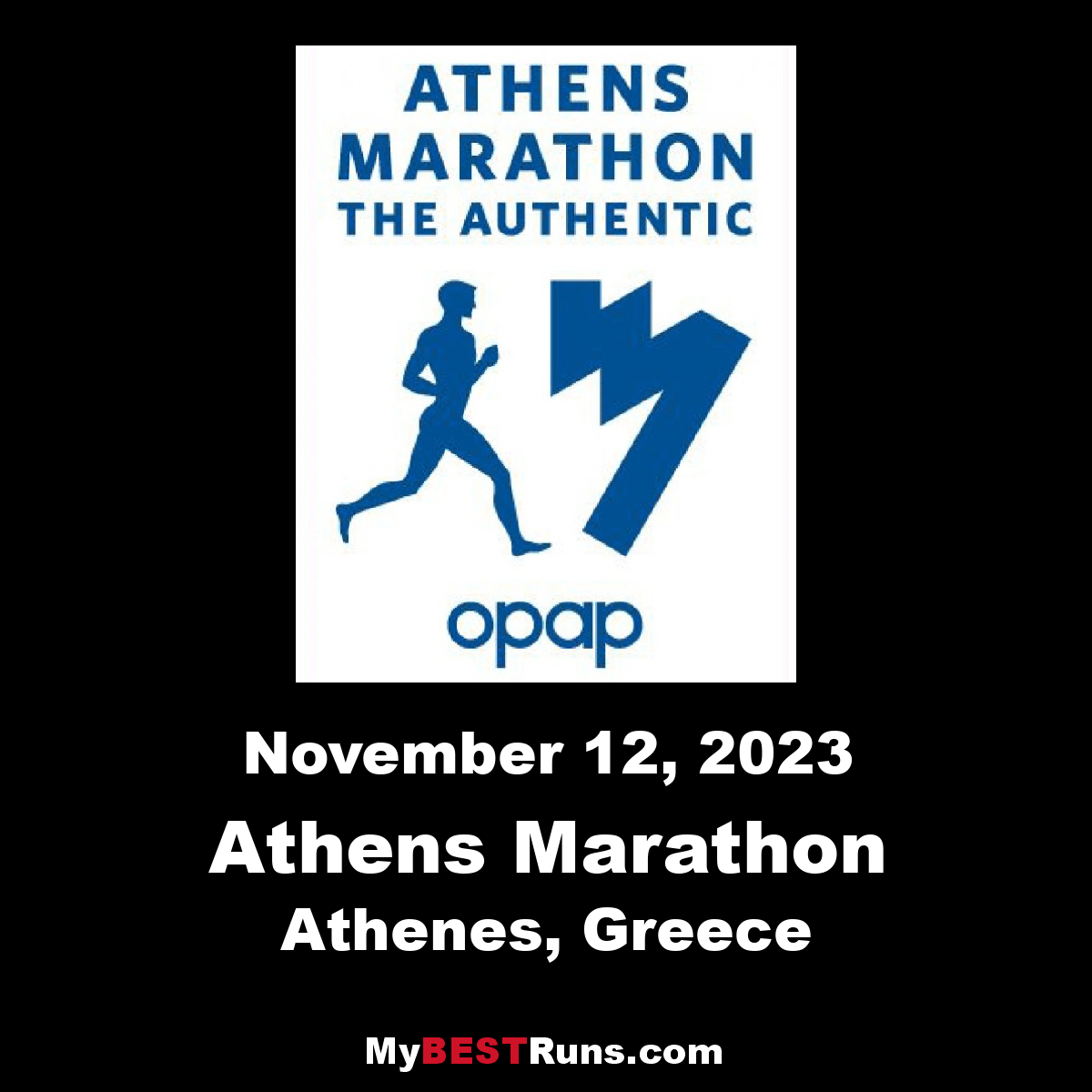 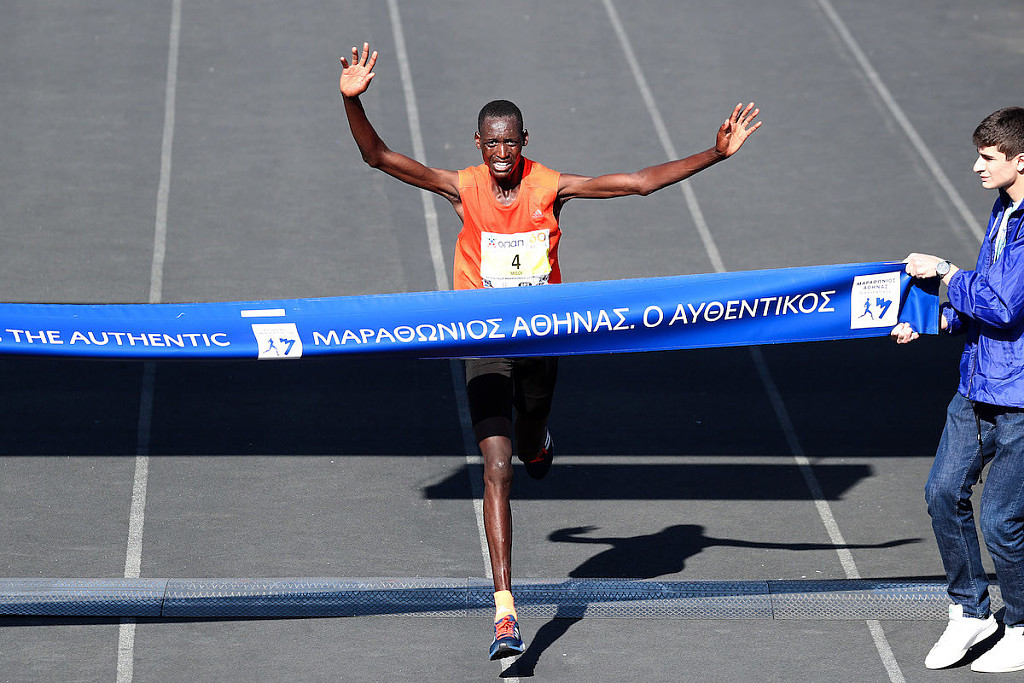 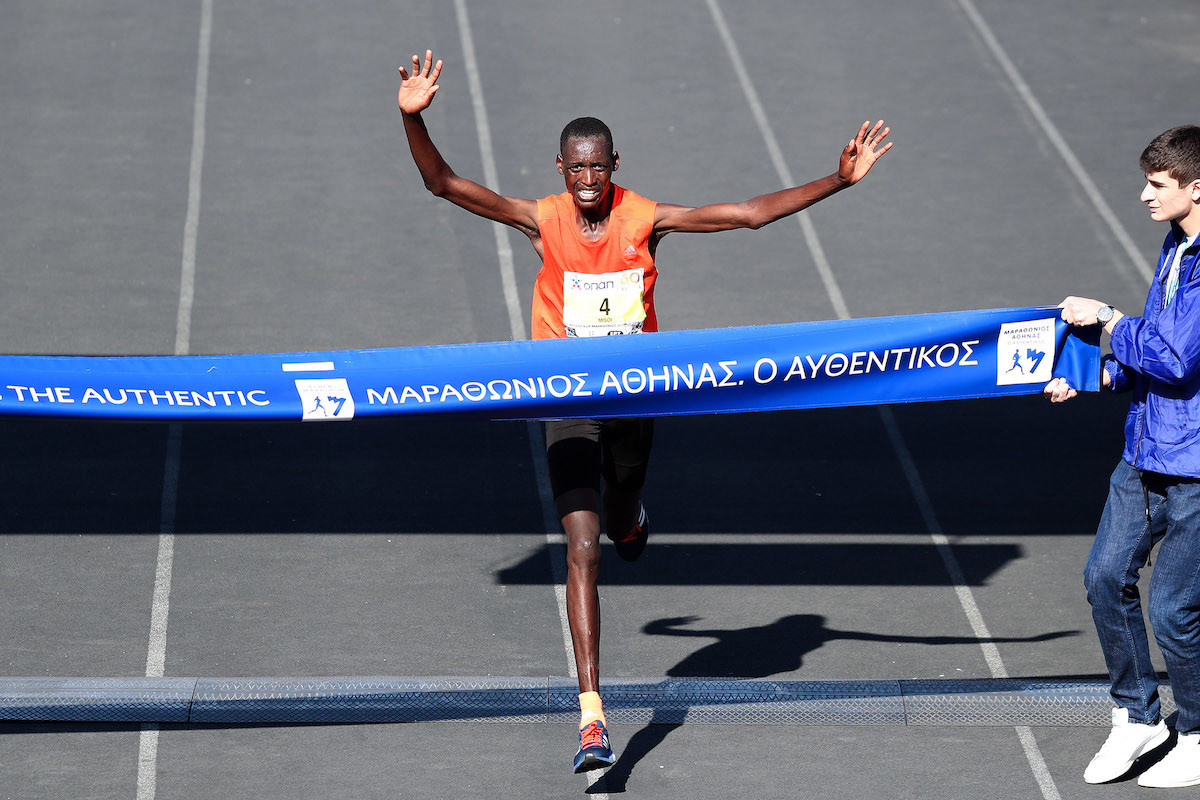 Brimin Misoi, the Kenyan who made headlines with an emphatic victory last year, will take pride of place on the start line for the 37th edition of the “Athens Marathon. The Authentic” on Sunday, November 10.

In 2018 Misoi ran the third fastest time ever of 2:10:56 on the renowned, tough course from the coastal town of Marathon to the heart of Athens. He crossed the finish line in the Panathenaic Stadium, venue for the 1896 Olympic Games, almost two minutes clear of his nearest rival.

Retaining the title will prove no easy task despite the Kenyan improving his personal best to 2:09:31 in the Vienna City Marathon in April where he was sixth. His rivals will include compatriot Daniel Muteti, whose best of 2:09:25 in finishing second in the Cape Town Marathon was achieved in mid-September. 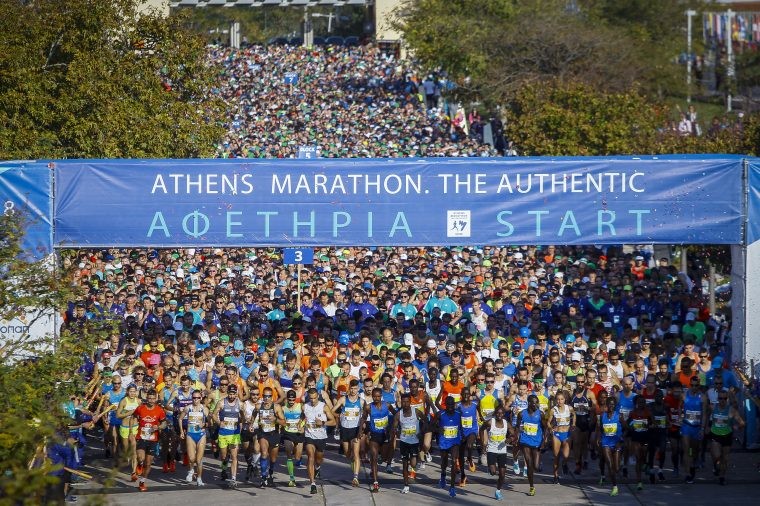 Adding historic lustre will be the 2004 Olympic champion Stefano Baldini. On his return to the original marathon course the Italian will be running as a “tourist” rather than elite competitor but his Olympic winning time of 2:10:55 was just one second faster than Brimin Misoi’s last year, further proof of the Kenyan’s quality. 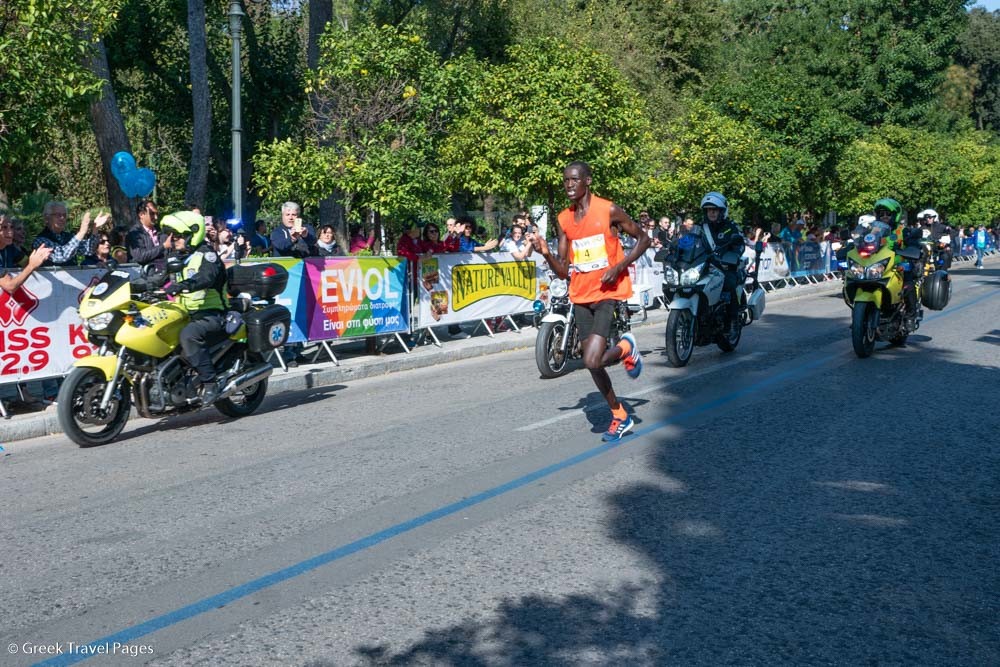 The “Athens Marathon. The Authentic” has already broken records in the race build-up with participation limits in the marathon and parallel events now fully booked. A record total of more than 20,000 will run the marathon, a further 12,000 take part in the 10km road race and another 20,000 run the 5km Road Race ZERO WASTE FUTURE (by Coca-Cola), while total numbers of runners in all events has exceeded 60,000, another record. This festival of running is organized as in previous years by the Hellenic Athletics Federation (SEGAS). For the first time the 10km road race will be held on Saturday evening in central Athens, rather than all the running events taking place on Sunday, another indication of the tremendous growth of interest in the past few years, including a steep rise in the international entry among mass runners. This year 12,000 runners from more than 120 countries will be represented among the 60,000 involved in total, making the Athens Marathon one of the most international races in the world.

One more record of the event is the attendance of the races at the 13th AIMS Marathon Symposium and the 7th Best Marathon Runners Awards Gala: Race directors and representatives of 80 international marathons from 45 countries will be present.

As for the race for top honors, Brimin Misoi has not raced since the Vienna City Marathon in April where he brought his personal best down to 2:09:31. A rival and fellow Kenyan who knows what it means to run at that level is Daniel Muteti, making his debut on the Athens course. As recently as September 15 he ran his best of 2:09:25 to finish second in Cape Town. He has had a busy year in marathon terms in general, having begun with 2:10:55 for fourth in Mumbai on January 20. Athens and its challenging, rolling hills then descent for the last 10km may test his powers of recovery. Rhonzas Kilimo of Kenya dropped out of his debut marathon in Hamburg in late April but the former steeplechaser finished second in the Berlin Half Marathon with 61:01, an indication of marathon promise, at least. Also known as Rhonzaz Lokitam he clocked a half marathon PB of 60:49 a year ago in Valencia. These runners and others have the potential to put Felix Kandie’s 2014 course record of 2:10:37under pressure.

One outcome already certain is that every marathon finisher in the Panathenaic Stadium will receive their own piece of history in the form of the inaugural medal depicting the history of the race. To be awarded over the next eight years, this debut finisher’s medal, aptly enough, portrays the Battle of Marathon where the legend of the lone Athenian soldier-messenger began.