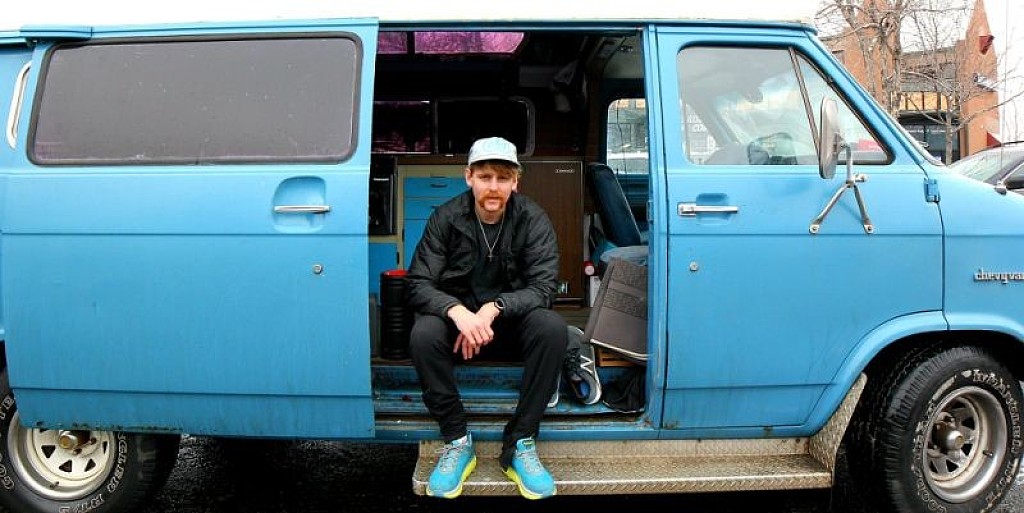 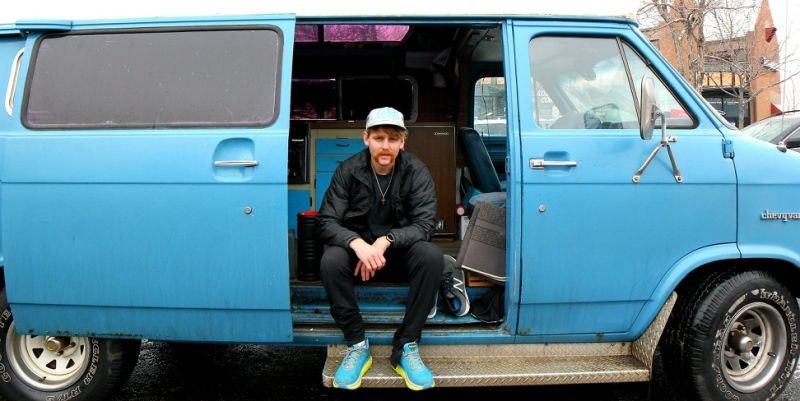 Colby Mehmen's daily routine is simple: Wake up, run, eat, sleep, work, and do it all again tomorrow. Sounds like the lifestyle of a sponsored pro, but for the 24-year-old reigning Dallas Marathon champ, it is the pursuit of his Olympic Marathon Trials dream-something that he's living out while living in his blue 1976 Chevrolet camper van.

The van has been his home since his fifth year at Stephen F. Austin State University in Nacogdoches, Texas, where he competed on the cross-country and track teams. Prior to that, the Texas native had been good, but never great. Then he met his college teammates, who showed him what it took to compete at a higher level.

This required pushing mileage into the triple digits, starting with 100-mile weeks his freshman year and building up to as much as 150 in a week. The fruits of his labors were there, as he posted his best times in the 10K (29:34) and 5K (14:24). Yet with an option for a fifth year, he decided to take his final year off.

Without a scholarship, money would be tight, so he came up with a plan.

"I bought the van and just lived in it for my fifth year," Mehmen said. "But my life was simple: I'd run, get back in the van, change, go to class, eat, and sleep. It was also nice that I had the rec center to shower." 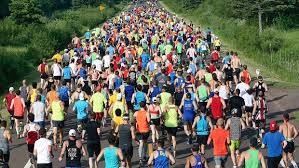 Mehmen's college experience turned out to be a good road map for successful nomadic living. Cooking simple meals-Mehmen shoots for 4500 calories a day with meals like tacos, Cream of Wheat, rice, and barbecued chicken-was easy on his propane stove. When he wasn't running, eating, or sleeping, he was working part time, splitting his time among a running store, coaching online, and his own apparel company, Nomad Running Co.

The only thing lacking in his van-dwelling existence is a fridge, something he is still looking to remedy. Currently, he freezes food in a cooler.

For some, this may be a ludicrous monastic lifestyle of simplicity. For Mehmen, he wouldn't have it any other way.

"It's amazing; I can park near any of my favorite running spots, wake up, and just run them," Mehmen said. "It's an adventure every day. I'm exploring things day in and day out." 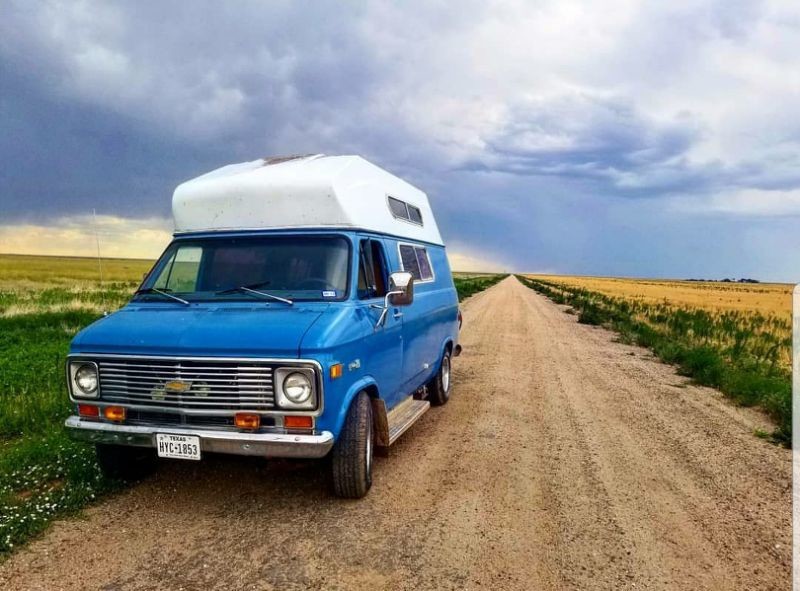 His next chance to qualify will come at Grandma's Marathon in June. With little else to worry about right now, Mehmen will continue on in his van, going after his dream.

"Right now, the plan is to run the Trials, and I'm not sure how far I'll take it after that, but [I still have] two or three years left in the van," he said. "I only get one chance to do this in my life, so I'm going to take advantage of it." 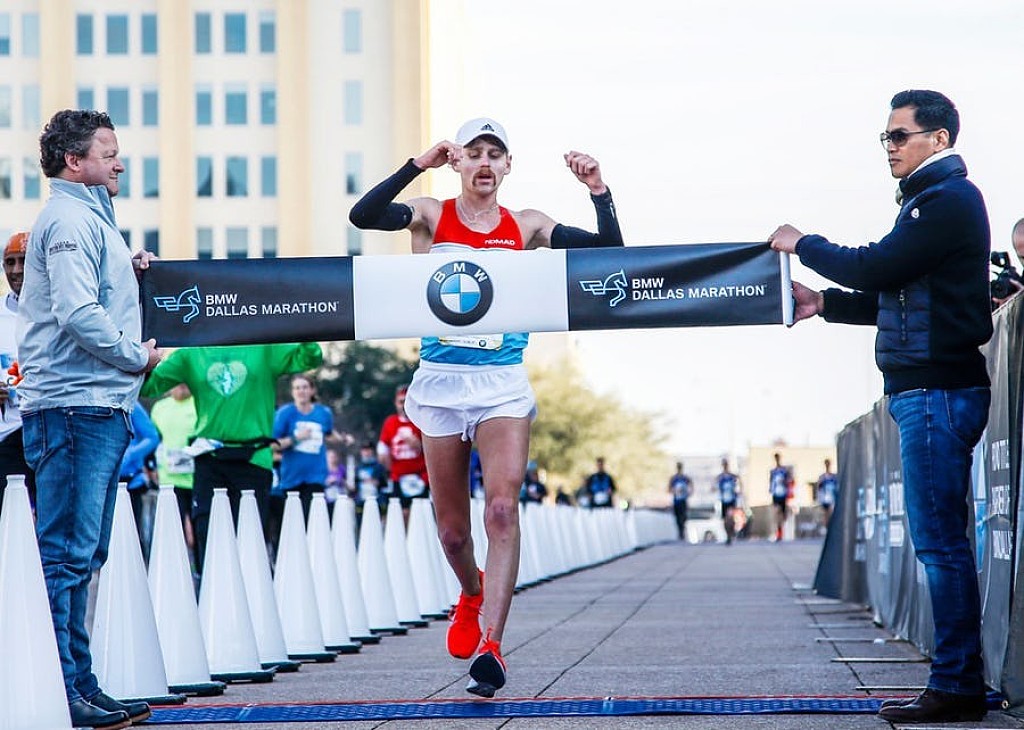 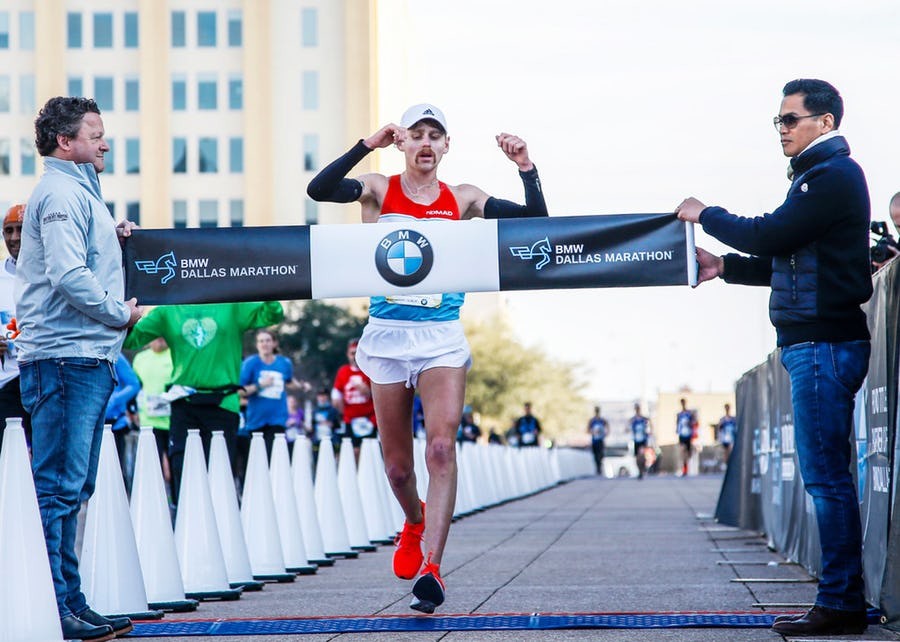 Making his debut Colby Mehmen, was the winner at BMW Dallas Marathon

It was over halfway through Sunday’s BMW Dallas Marathon, and not much was going right for contestant Colby Mehmen, who was making his marathon debut.

The problems started days before the race, when Mehmen, a 24-year-old, Princeton, Texas, native aiming to earn an Olympic trials qualifying standard got sick, contracted a fever and started having issues with his asthma.

Then, though Mehmen managed to jump out to a commanding lead within the first 10 miles of Sunday’s race, he started hurting around Mile 16. Gage Garcia, the only other runner nearby, took advantage, chipping away at Mehmen’s lead before narrowly pulling ahead by Mile 20.

And quickly approaching was what Mehmen considered the toughest and most important part of course: the Winsted Drive Hill. But somehow, the very immensity of that challenge spurred Mehmen to victory: Mehmen fought hamstring pain, the daunting hill and a formidable opponent to regain a solid lead by Mile 22, catapulting him to a first-place finish in the Dallas Marathon with a final time of 2:22:40.

“When we hit that hill, I just tried to... take the lead and see what happened,” Mehmen said. “Around Mile 21 or 22, I finally got loosened up again, and just brought it home...I got a little bit of a gap on him and then tried to pull away.

“That was one of the hardest things I've ever had to do, with my hamstrings tightening up, to really pull away at the point.” 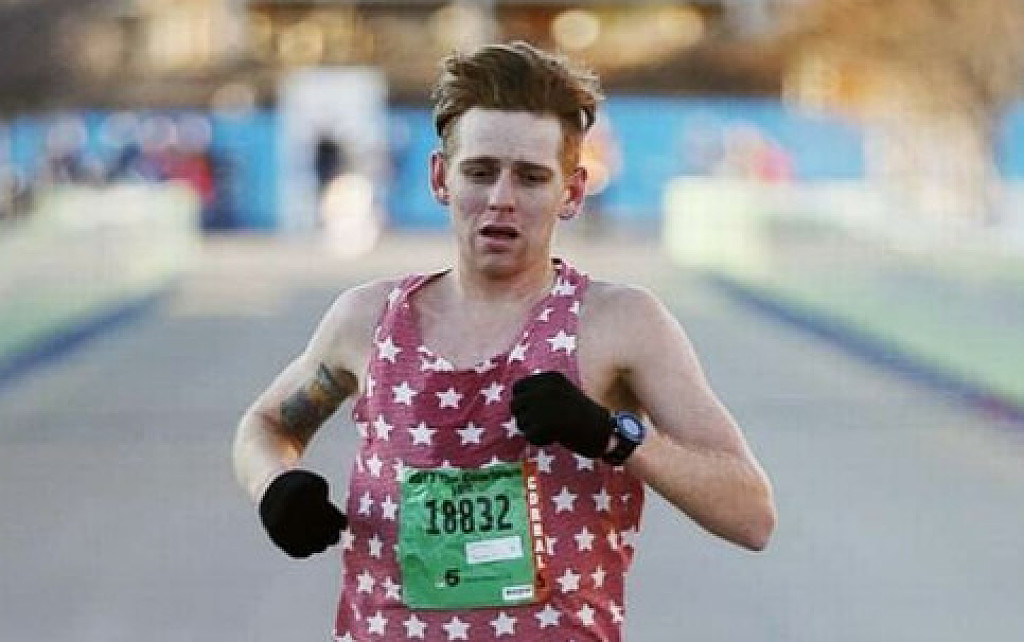 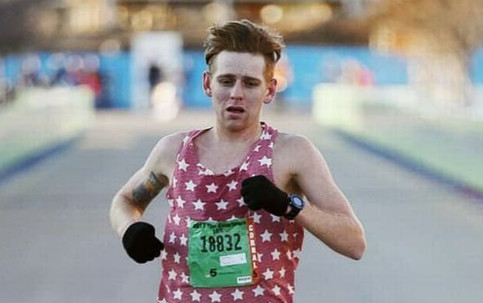 Colby Mehmen hopes to earn an Olympic trials qualifying standard and capture his hometown marathon title in the process. "I think they go hand in hand," Mehmen said of needing a sub-2-hour, 19-minute finish. "I'm probably going to have to hit the standard to win it." Mehmen, 24, has spent the last five months living and working in Boulder, Colo., training at altitude to put himself in position to run well. He's been living in his camper van and working at the Boulder Running Co. He considers two-time defending champion Keith Pierce the favorite. "He has so much experience," Mehmen said. "He's the seasoned veteran. Speed doesn't always translate into the marathon. I might have it in the shorter races, but the marathon is a whole different game."   (12/08/2018) Views: 1,080 ⚡AMP