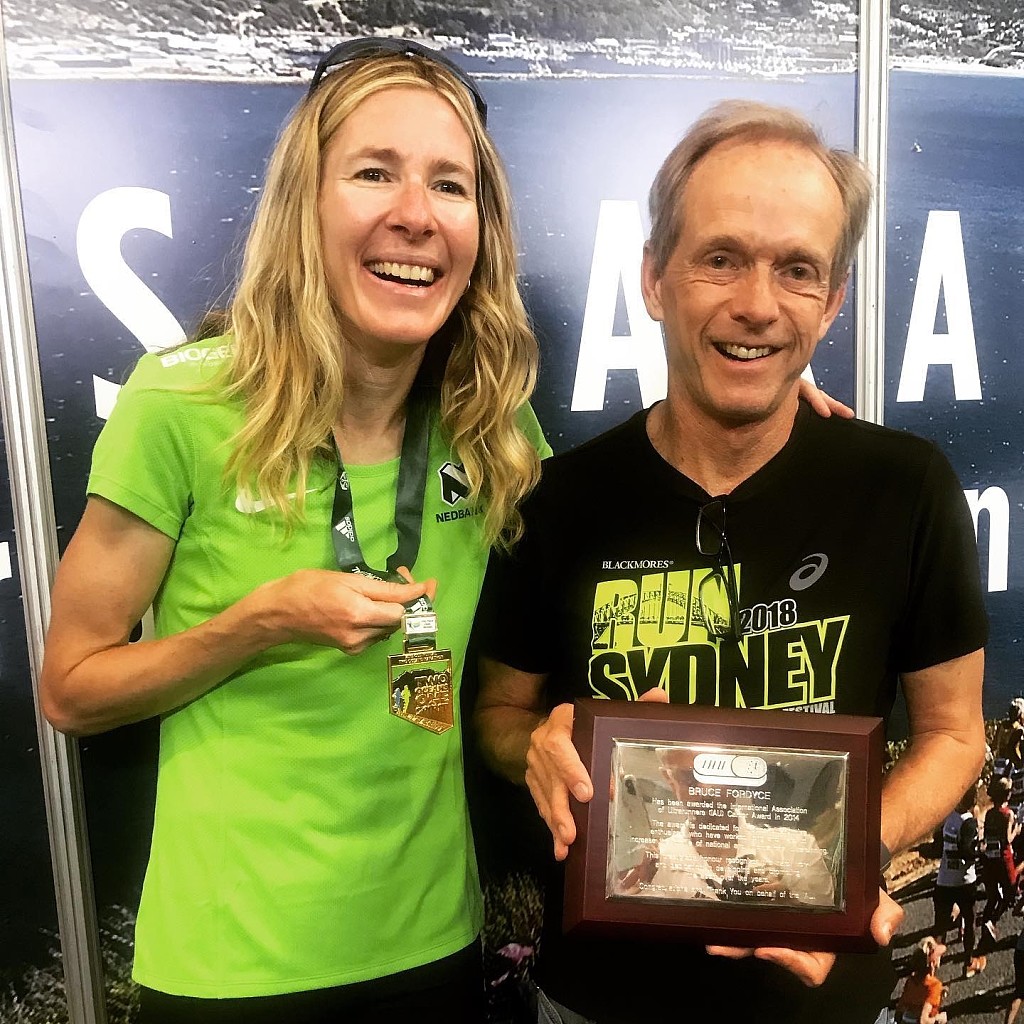 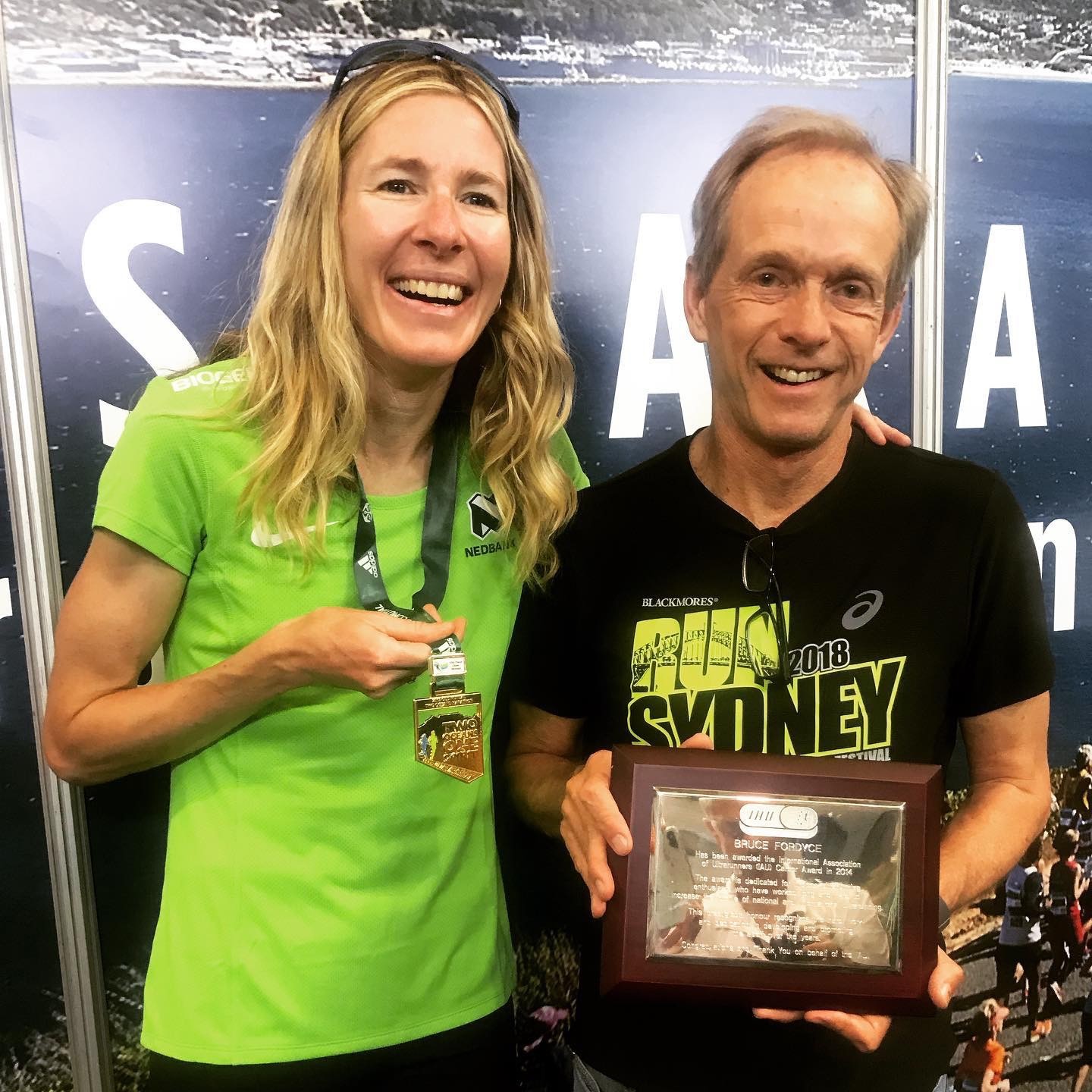 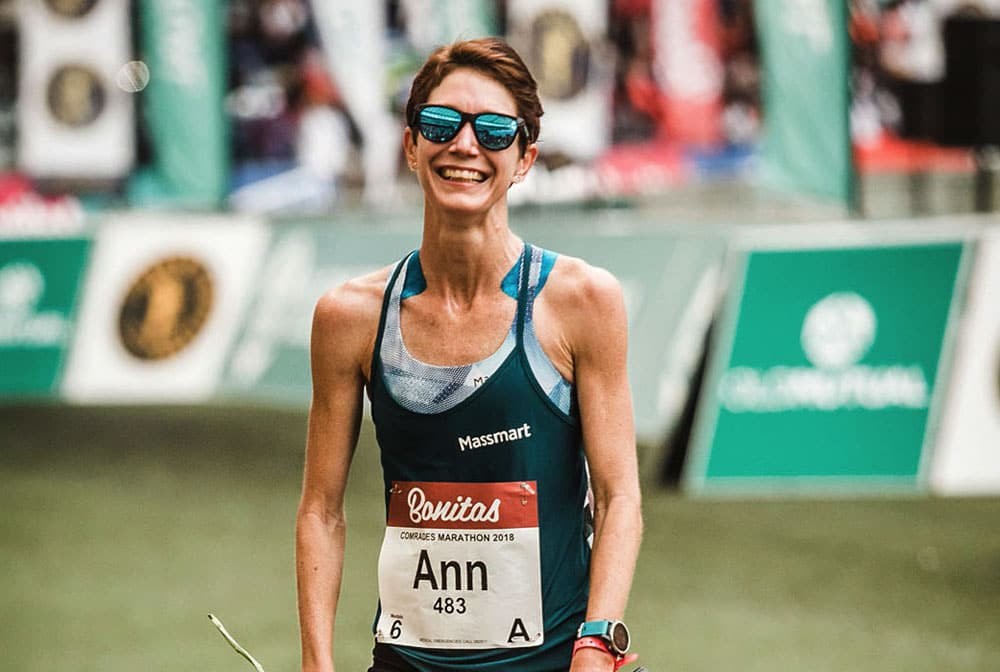 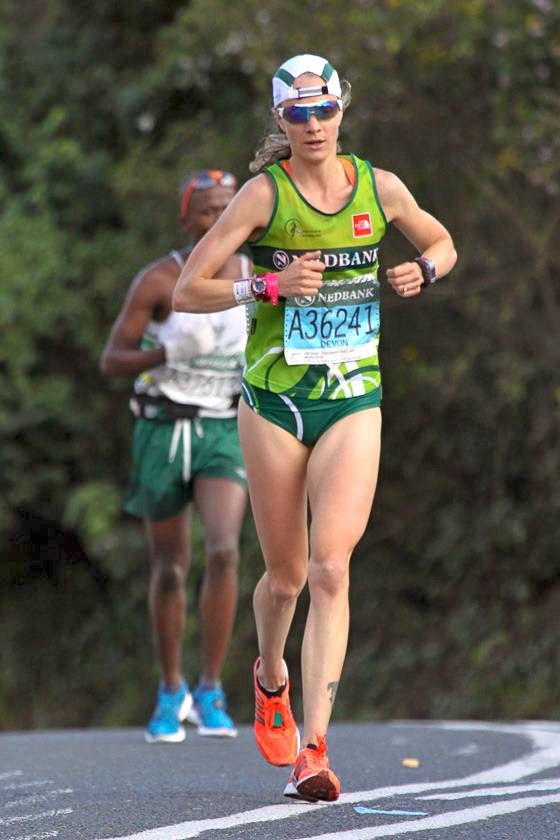 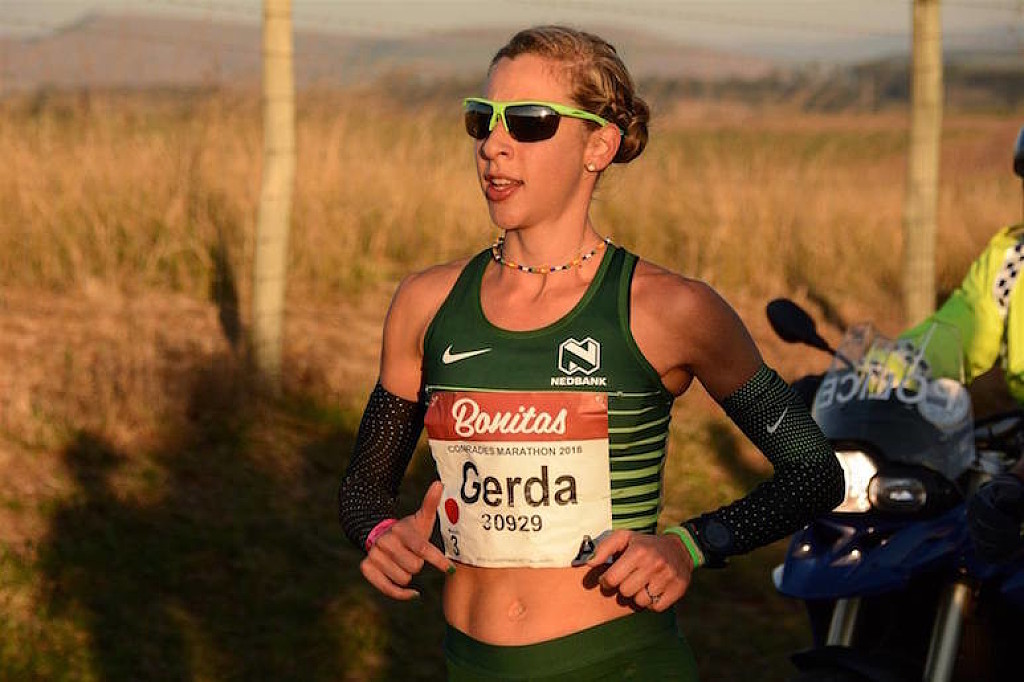 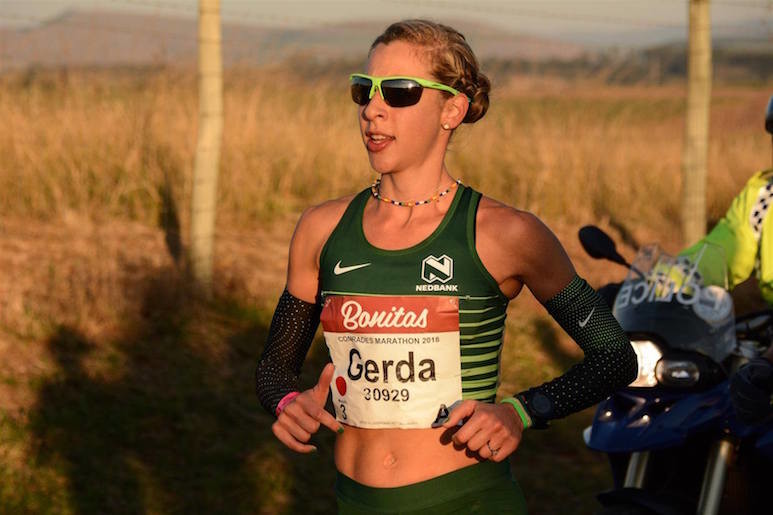 After narrowly missing the record in last month’s Two Oceans Marathon, Steyn has enjoyed a trouble-free training camp in the mountains of France, together with third place finisher from last year, Steve Way, and Anthony Clark, both running this year’s race in the colours of Nedbank Running Club.

“A lot of people asked me if I am disappointed at just missing the record in Two Oceans,” laughed Steyn.

“Looking back at it now it was a little bit sad to be so close but even with 8km to go, I told myself to save the legs because Comrades is my main focus of the year and I didn’t want to do too much damage.” It’s a decision that Steyn hopes will pay dividends in this year’s event.

Last year’s winner Ann Ashworth comes into this race much faster than before, but it is the Up-run defending champion, Nedbank Running Club’s Camille Herron, who is hoping to defend her title.

A strong athlete with multiple world records, Herron is well known for her awkward running style that took her to victory in 2017. 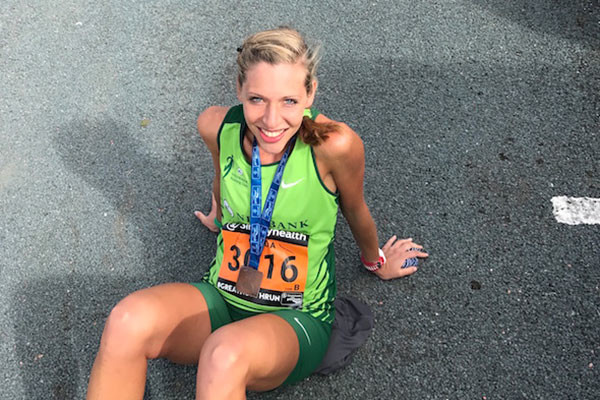 Teaming up with her club mate Steyn, the two make a dangerous combination.

Throw in stalwart Fikile Mbuthuma and OMTOM gold medalist Ntombesintu Mfunzi who will be one to watch on her Comrades debut, the ‘Green Dream Team’ ladies will be a force on the route.

Adding to Nedbank’s Comrades debuts this year is Poland's Dominika Stelmach who had an unfortunate injury that forced her out of starting last year’s race.

After her fourth-place finish at this year’s Two Oceans, Stelmach is hungry to make an impression. 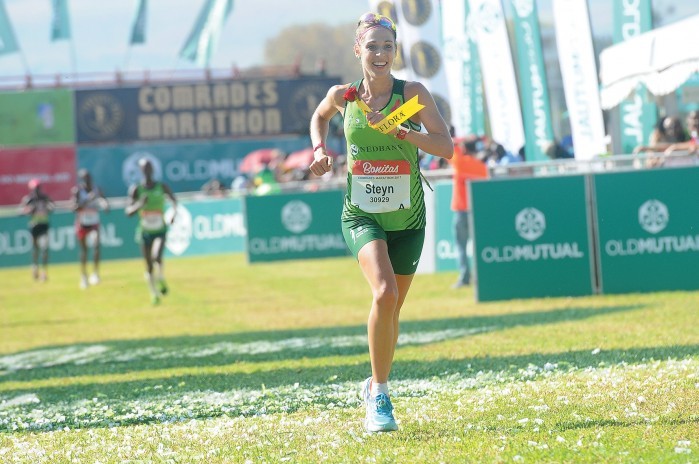 Also making a debut will be four-time World Ironman champion Chrissie Wellington. The 42-year-old English athlete ran 2 hours 51 minutes in this year’s London Marathon to qualify for Comrades which puts her in with a chance of a top 10 finish.

Carla Molinaro who represented Great Britain last year in the World 100km championships, but now has South African citizenship, will be another athlete looking for a top 10 finish after finishing ninth last year.

South African Deanne Horn is a newcomer in the ultra-marathon scene. She finished 42nd in her debut in 2017 and finished 15th last year and has represented South Africa in the World 100km championships. Together with team-mates Steyn, Mfunzi, Molinaro and Mbuthuma, the Nedbank ladies will be looking to take the team prize in this year’s race. 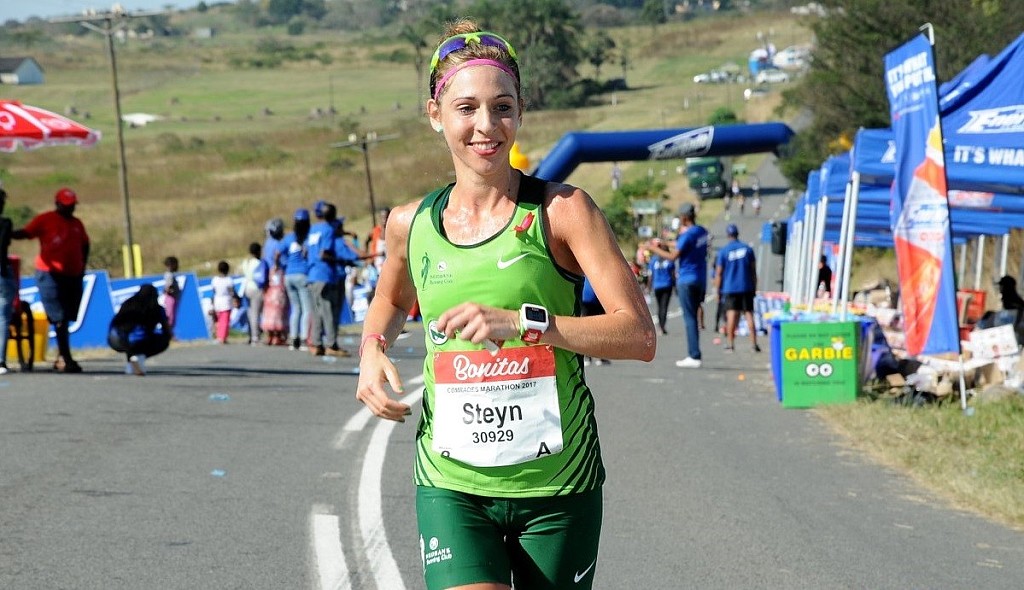 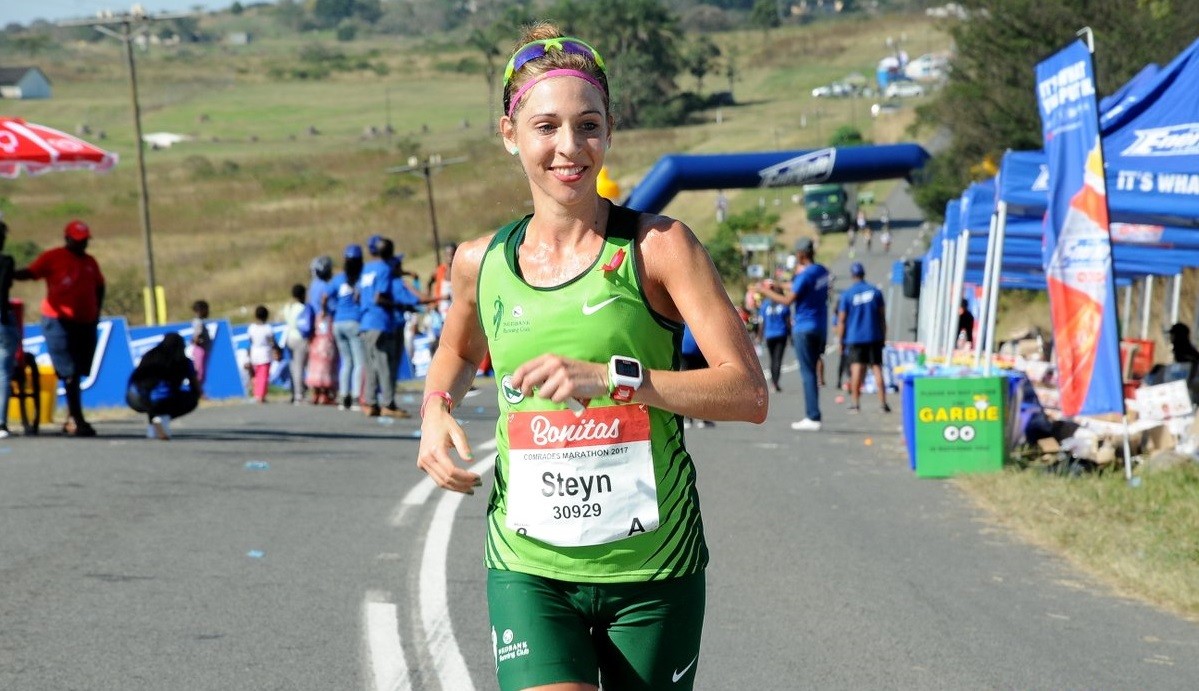 Two Oceans champ Gerda Steyn to run New York Marathon. “So honored to be invited to the Greatest marathon on the earth!” Steyn tweeted on Tuesday. Dubbed the smiling assassin after her breakthrough Two Oceans ultra marathon victory in April to hoist her flag in the South African ultra-running landscape, the 28-year-old continues to improve in her fledgling career. In her first Comrades in 2015, the novice finished an impressive 56th in eight hours 19 minutes and eight seconds. A year later, Steyn was just outside the top-10 taking 14th in 7:08:23. Then in 2017, her phenomenal rise in the race continued with a fourth-place finish in 6:45:45. This year Steyn finished second in 6:15:34, beaten to first place by the phenomenal run of Ann Ashworth who took victory in 6:10:04. Steyn has a 42.2km personal best 2:37:22, and could well improve on that time at the New York Marathon. (08/22/2018) Views: 987 ⚡AMP

South Africa completed a clean sweep at the Comrades Marathon on Sunday as Bongmusa Mthembu and Ann Ashworth ensured that the coveted titles remained in South Africa. It was a South Africa 1-2 in the two categories with Joseph Mphuthi and Gerda Steyn‚ clinching the runners-up spots. In achieving his feat‚ Mthembu completed a hat-trick of victories (after he won in 2014 and 2017) and in the process became only the second man to do it since Bruce Fordyce won the popular ultra-marathon back to back in 1988. The Arthur Ford runner waded off a strong challenge from Marko Mambo of Zimbabwe‚ who had set the pace for the better part in the second half of the 90km down run. Mthembu made his breakthrough at Cowies Hill‚ some 18km from the finish at the Moses Mabhida Stadium. At this point‚ it was left for the rest of the pack that also had a significant South African presence to jostle for the remaining top ten slots. (06/10/2018) Views: 1,006 ⚡AMP