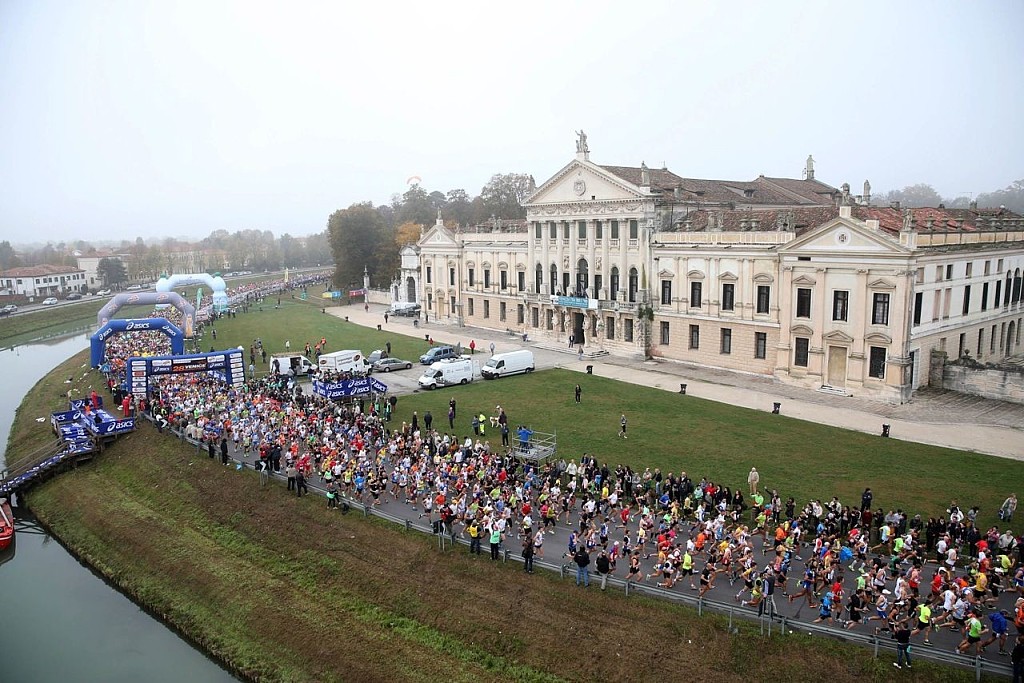 Venice Marathon will go forward with just two Runners, one man and one woman

Instead of the usual 5000 runners this year's Venice Marathon will only have two, one man and one woman. Under an initiative announced by race organizers yesterday called "Venicemarathon One for All," one male and one female runner will be chosen at random from the field of 5000 entrants to run the famous course from Villa Pisani Museo Nazionale, through the Piazza San Marco, to the finish at the Giardino della Marinaressa. Because of the pandemic, the remainder of the field must run virtually.

"During this hard time we worked in close and continuous contact with local authorities, health institutions and FIDAL (the Italian Federation of Athletics) to try and organize the event this year as our tradition saw in the past," said marathon president Piero Rosa Salva through a statement. "Unfortunately, the strong concern for an epidemiological situation still in progress, especially abroad, forced us, with great regret but with a necessary sense of responsibility, to recognize the impossibility of managing in health safety the events which involved last year about 30,000 people including athletes, school children, volunteers, police forces and professionals." 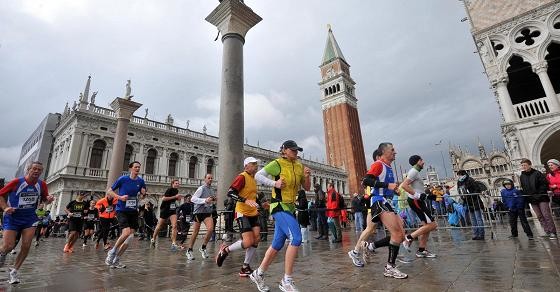 The marathon's 5000 registrants may run virtually, from October 24, to November 1. But the two in-person participants will "have the opportunity to run for all athletes," on the official race day of Sunday, October 25, organizers said. Those runners will have a full escort of vehicles "that will assist them along the race course, guaranteeing their safety," according to the organizers. There will be a live video stream of their run. 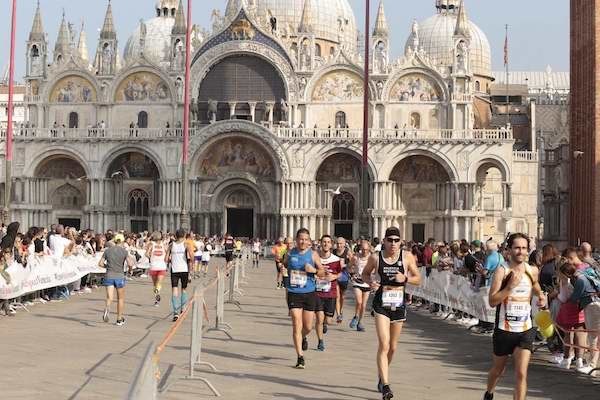 There will also be a start-as-you-please 10-K in the nearby Parco San Giuliano where runners can complete a marked race course anytime between 9:00 a.m. and 6:00 p.m. and get an official time. The park is near the 30-K mark of the marathon course, and 10-K runners can possibly get a glimpse of the two marathoners when they go by.

The Venice Marathon is widely recognized as Italy's best fall marathon. The course records were both set by Kenyans: 2:08:13 by John Komen in 2009 and 2:23:37 by Helena Loshanyang Kirop in 2011. Last year's winners, Tesfaye Ambesa Lencho of Ethiopia and Judith Korir of Kenya, each earned 5000 euros in prize money plus time bonuses. 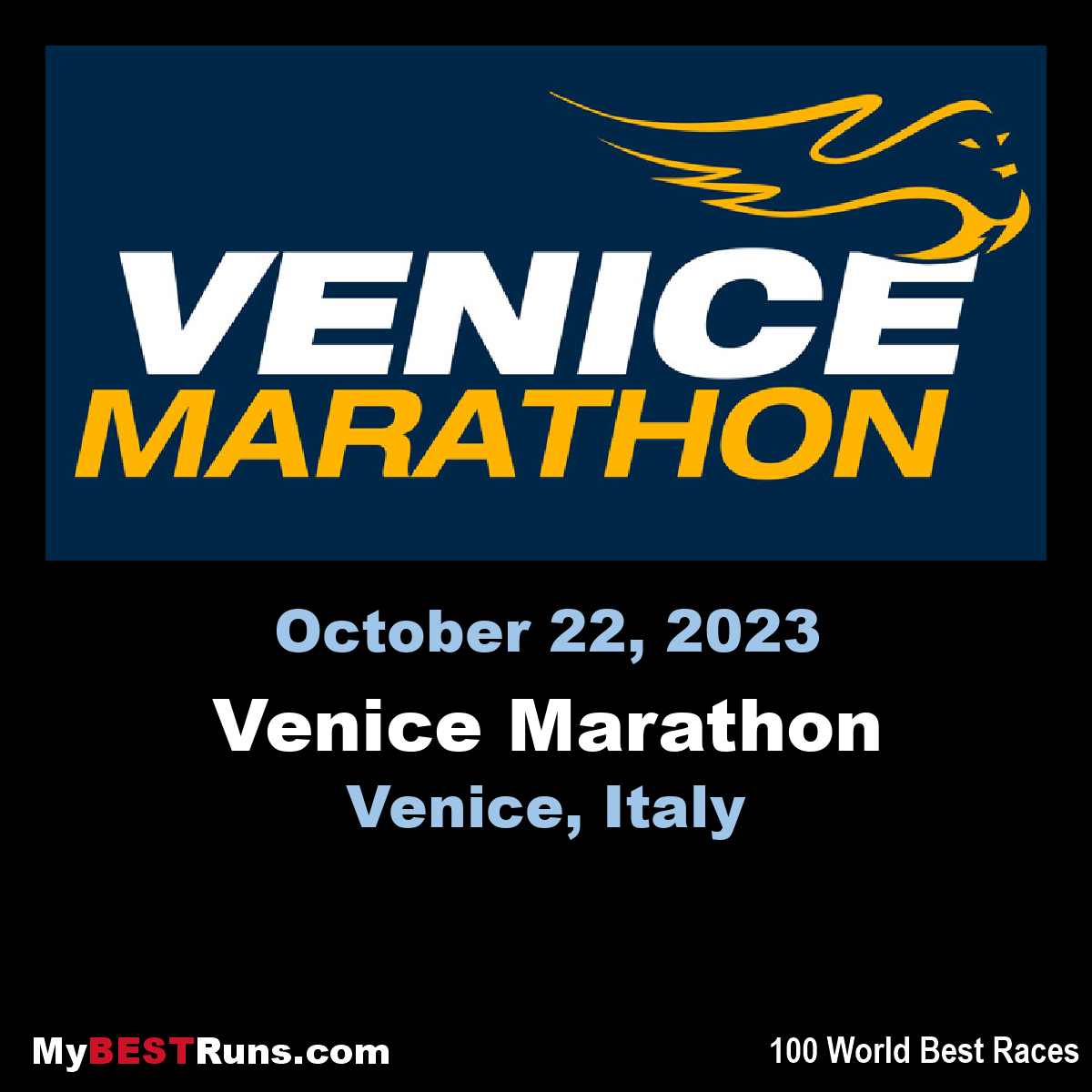 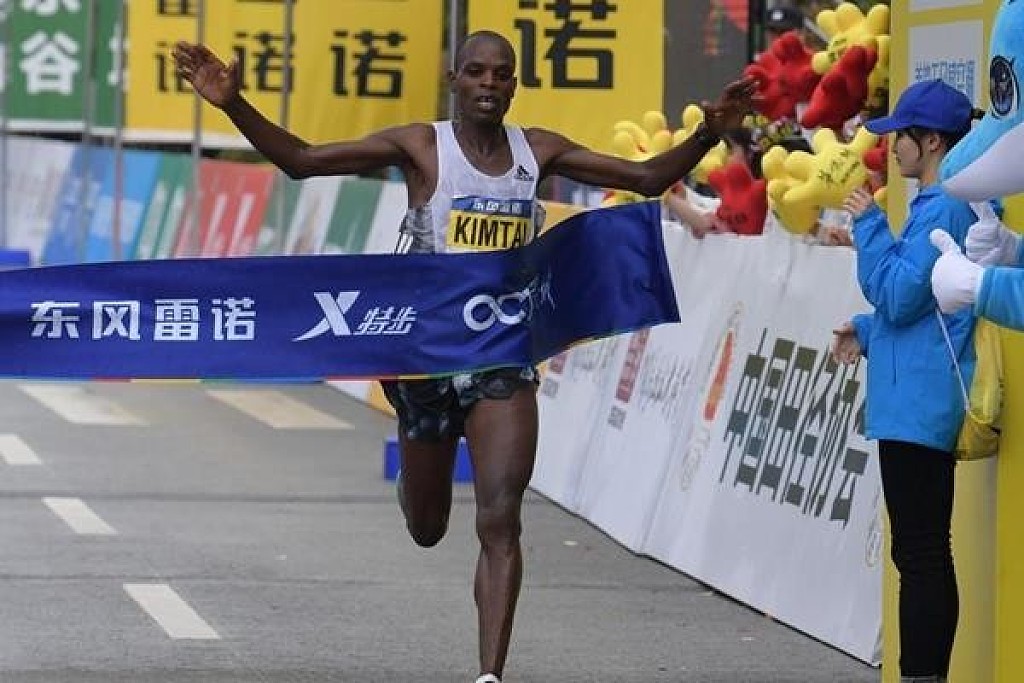 Kenyan Andrew Ben Kimutai starts as the fastest runner in the men’s field at the 34th edition of the Hauwei Venice Marathon, an IAAF Bronze Label road race on Sunday (27). The 30-year-old, who set his 2:08:32 personal best at the Seville Marathon in 2018, won this year's Wuhan Marathon in China in 2:10:06.

Kimutai will take on compatriot Geoffrey Yegon, who finished second at the Rome Ostia Half Marathon in 1:00:23 and has four sub-one hour half marathon runs to his credit. He clocked 59:56 at the Prague Half Marathon in 2018 and has a career best of 59:44 from 2016. 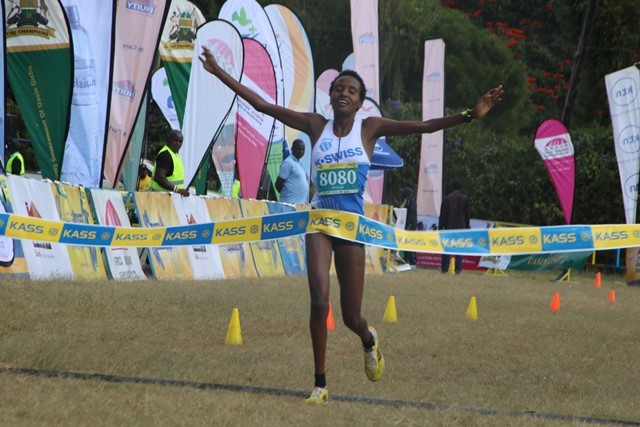 The top Italian runner is Ahmed Nasef, who won the national marathon titles in 2016 and 2017. 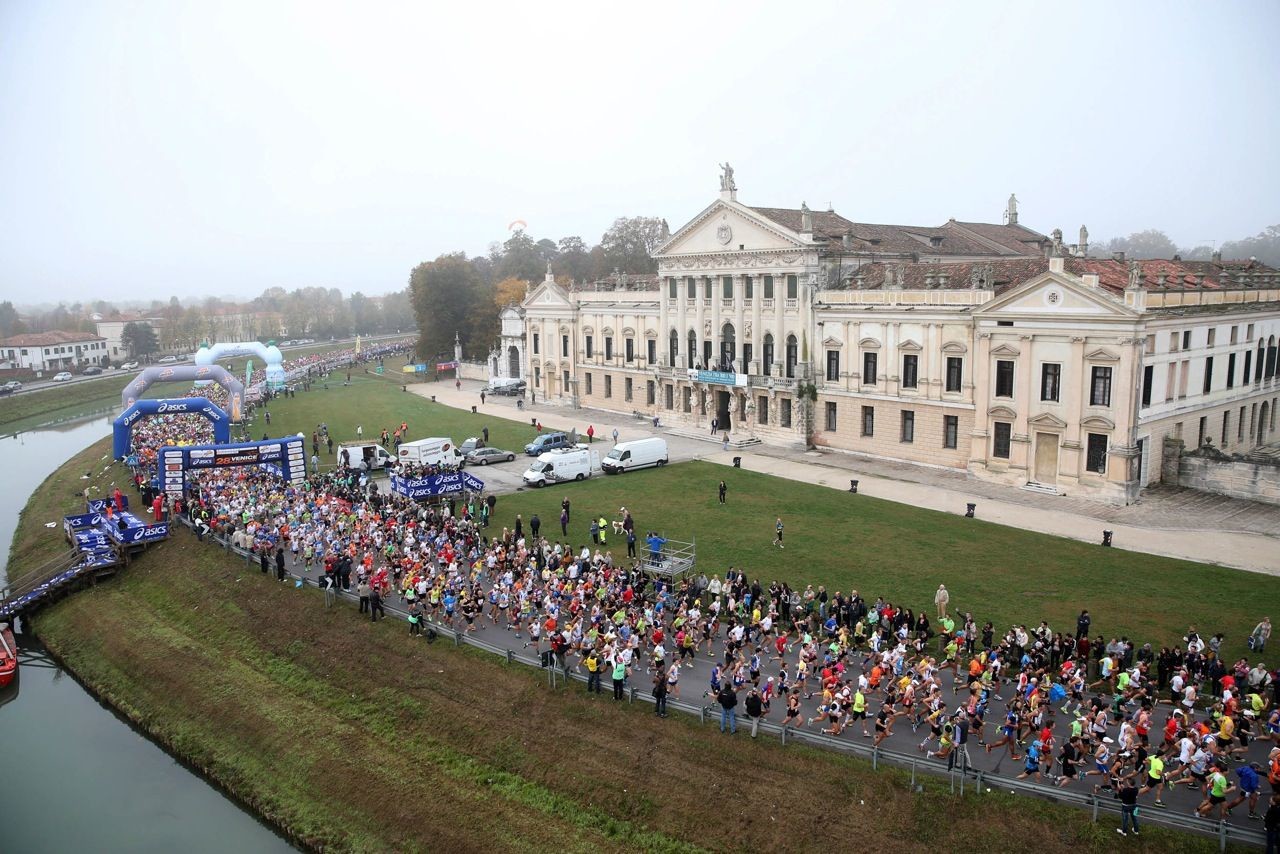 The favorite in the women’s race is Kenya’s Cynthia Cherop, who clocked 2:25:55 on a slightly downhill course at the Los Angeles Marathon in March and finished runner-up at the Gothenburg Half Marathon setting her PB with 1:08:26 in May.

She'll face compatriots Judith Korir, winner at the Belgrade Marathon this year, and Jackline Autonyang, who will make her debut over the distance.

More than 13,000 runners are expected to take part in the Venice Marathon and the popular 10km mass race. 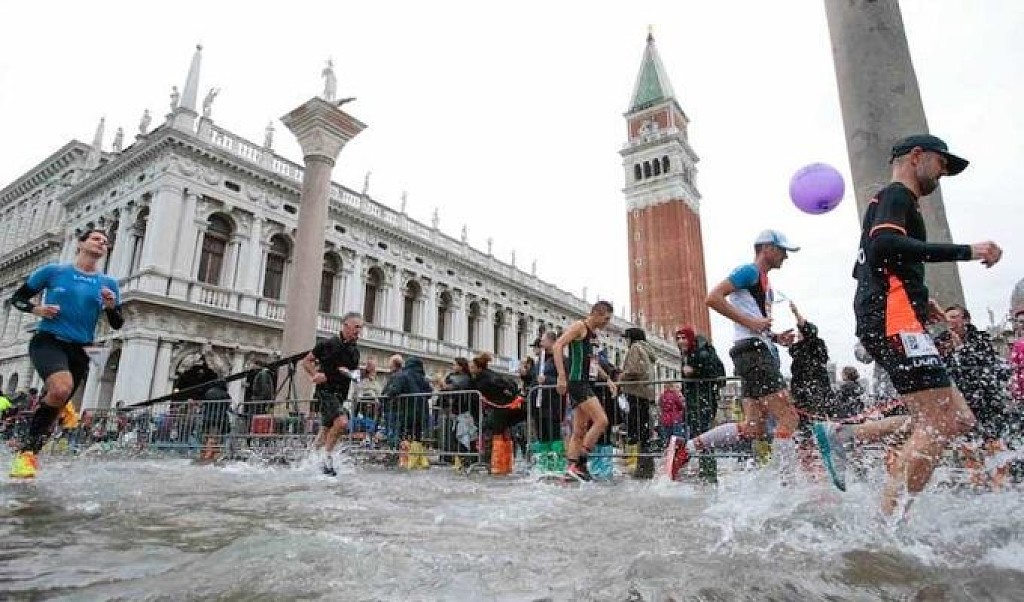 Runners were forced to wade through ankle-deep water at the Venice marathon, Yuki Kawauchi finished seventh, in 2:27:40

Venice Marathon runners were left wading through ankles-deep water after high tides flooded the course.   Competitors were undeterred by the tricky conditions for the marathon on Sunday with water inches deep in some places. Witnesses described the conditions as “insane” and some suggested it had turned the marathon into a swim.   One runner Andrew Chessell joked that he "should have hired a gondola". The flooding was caused by acqua alta, which is the high tide from the Northern Adriatic Sea.    Despite the difficult conditions, Mekuant Ayenew Gebre of Ethiopia managed to pull off the win today, finishing in 2:13:22. The Ethiopian runner entered the race with a 2:09:00 personal best from the Prague Marathon in 2017. Second place went to Kenyan plumber Gilbert Kipleting Chumba in 2:13:49, and third place to Stephen Kiplimo in 2:13:56. Yuki Kawauchi of Japan finished seventh, in 2:27:40 in the diffult conditions.  This was Kawauchi’s 87th marathon of his career, and 10th marathon race this year but not a sub 2:20 he had wanted.    (10/29/2018) Views: 1,374 ⚡AMP 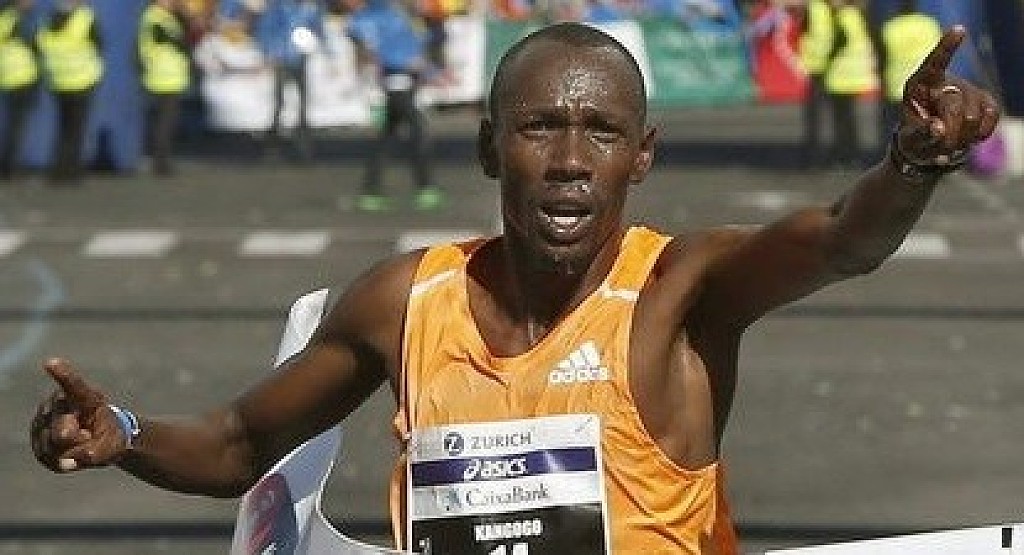 Kangogo and Tanui are set to take on the Venice Marathon

Kenyans Philip Kangogo and Angela Tanui are gearing up for another conquest at the Huawei-sponsored Venice Marathon on Sunday in Italy. Kangogo will be up against Venice course record holder John Komen (2:08.13) as he targets to hit two birds with one stone. "Records are there to be broken. I feel I have run faster and if the weather and competition is right, I will be the new champion and set a new course record. I can run two hours and seven minutes," said Kangogo. The 27-year-old Kangogo clocked his 2:08:16 career best at the 2015 Barcelona Marathon and believes he has gone over his worst time as he nursed an ankle injury and is ready to return to winning form. "Venice will provide the platform to announce my return to high level competitions. I want to win here and go on to impress in other cities to be able to make the cut in the Kenyan team," Kangogo said. "We have the World Championships and Tokyo Olympics coming up and the road to the Olympics starts in Venice," he added. Racing too will be Japan’s Yuki Kawasaki, the 2018 Boston Marathon winner. The title favorite in the women's race is Kenyan Angela Tanui, who clocked 2:26:31 in Vienna last year and has a half marathon best of 1:07:16. The leading European runner is Croatia's Nikolina Sustic. (10/27/2018) Views: 1,293 ⚡AMP 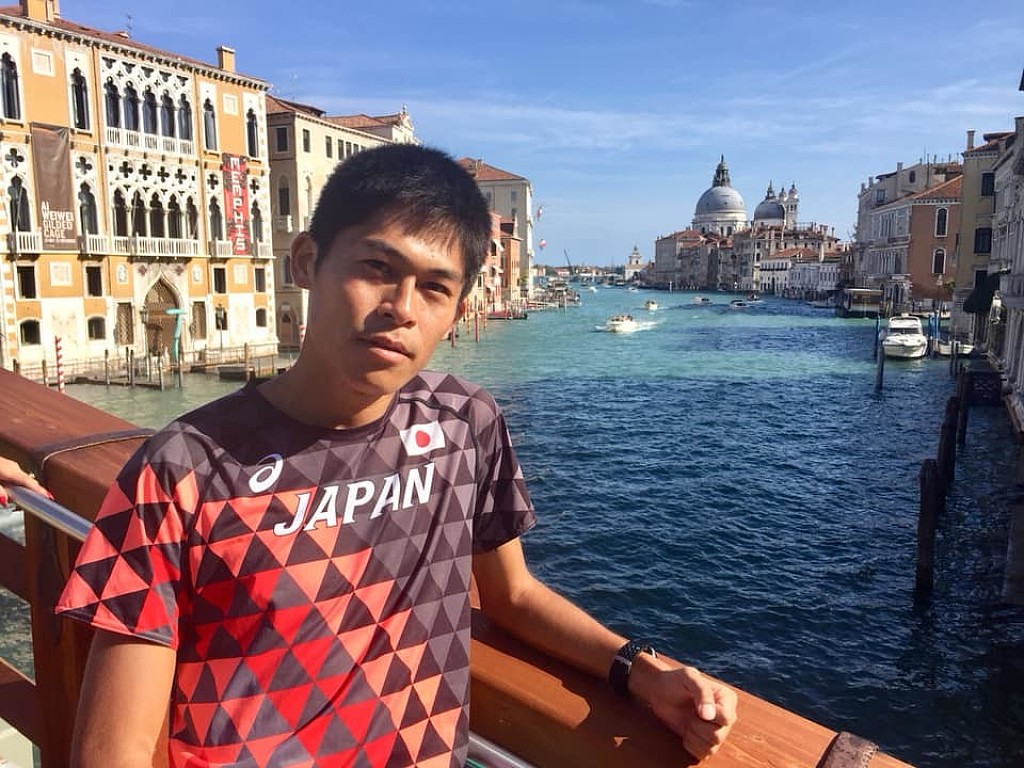 2018 Boston Marathon winner Yuki Kawauchi arrived in Venice, Italy today.  He wrote on Facebook, " I arrived in Venice today.This city is so beautiful. I will run Venice Marathon on Sunday. This will be first race in Italy for me. I heard venetian tiramisu is very delicious.I am looking forward to eat tiramisu after race since it is my most favorite cake. I want to run good race."  On October 20 he ran a 20k race clocking 1:00:48, good enough for second place.  Yuki was very disappointed in his performance at the Chicago Marathon.  Afterwards he called his 2:16:26 19th place finish an embarrassment.  He said he was ashamed and hung his head.  This was his 82nd sub-2:20 marathon. He has run more sub-2:10 marathons since 2011 than the entire running population of the United States put together.  He averages about 11 marathons per year while most of his rivals run two.  He said before the Chicago Marathon that his goal was to destroy the status quo, to show people a different way to approach running and life.  Earlier this month he posted, "I come to win (the Venice Marathon) and I can not wait to do it because, in addition to running, I would like to taste Italian cuisine... Food and marathon will make this weekend unforgettable," says Yuki.    (10/25/2018) Views: 1,685 ⚡AMP 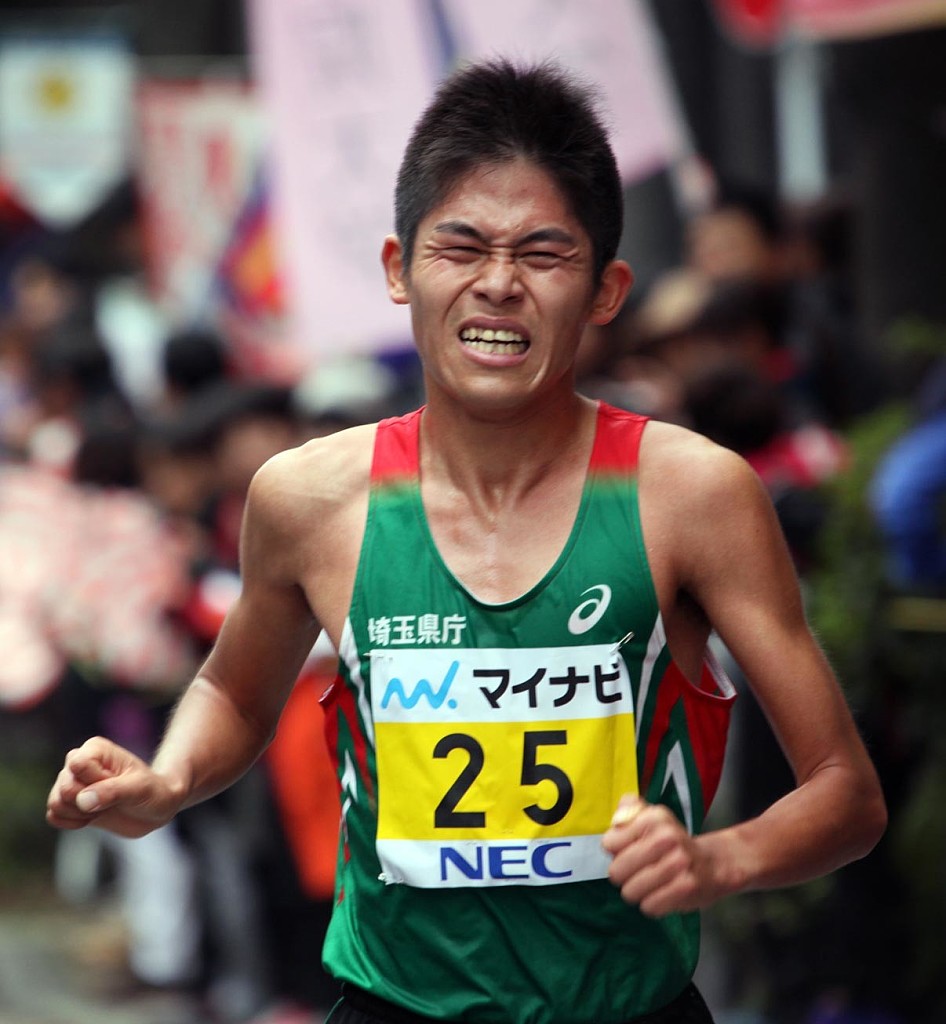 Yuki Kawauchi has confirmed another marathon.  He will run the 33rd annual Huawei Venice marathon October 28.  One of Yuki’s goals is to run 100 marathons under 2:20 and he wants to do that or better in Venice.  He just ran his 80th Sub 2:20 in Australia.  Kawauchi is much loved in the running community for not only winning Boston but in challenging weather conditions, but because he embodies that ideal of an athlete who makes running his hobby.  The marathon runner of the "next door" or the "citizen runner" as many say. He plays extravagantly, as when he ran a half marathon disguised as a Panda or in moccasins, a jacket and a tie. But Kawauchi is above all the man of the records. He is the only athlete in history to have run two marathons in 2:09 within 14 days.  He ran two 2:08 marathons within 42 days.  And he is the only one to have raced for 26 times under 2:12' and 78 times under 2:20.  Since the beginning of this year has already run five marathons (winning four), 11 half marathons, 2 ultras and by the end of 2018 he has plans of running five more marathons including Venice.  "The Venice Marathon has an important double meaning," says Yuki, "my first Italian marathon and my first time in Italy and in Venice. I come to win and I can not wait to do it because, in addition to running, I would like to taste Italian cuisine and your tiramisu that I love. Food and marathon will make this weekend unforgettable. My dream is to run 100 marathons under 2:20." continues Kawauchi, "but what matters most to me is to match races to my desire to travel and get to know the world." (07/04/2018) Views: 1,363 ⚡AMP