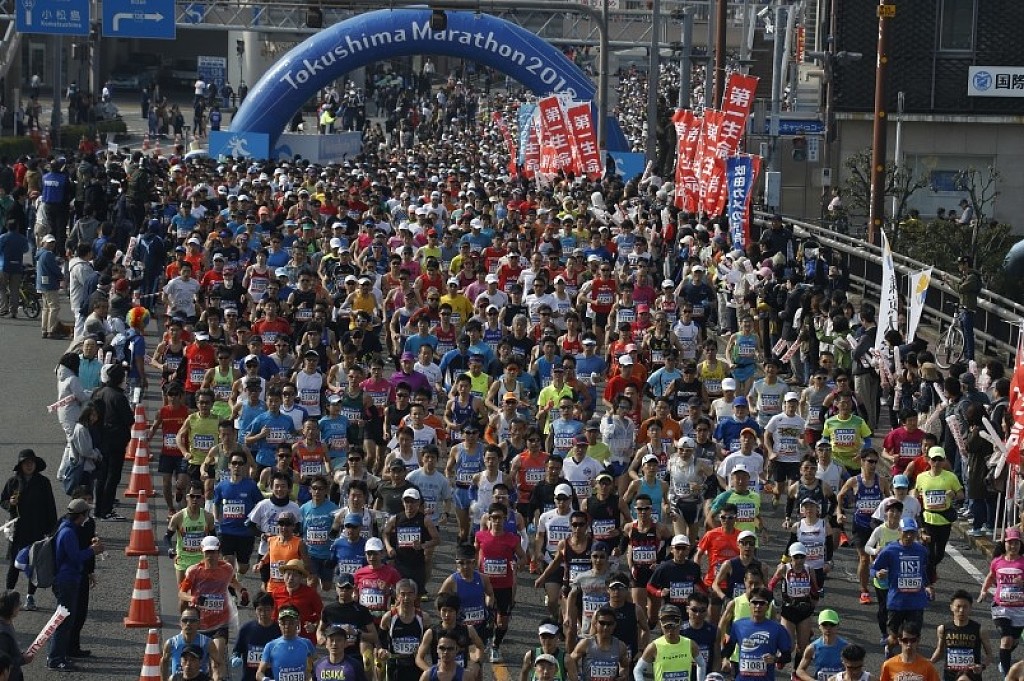 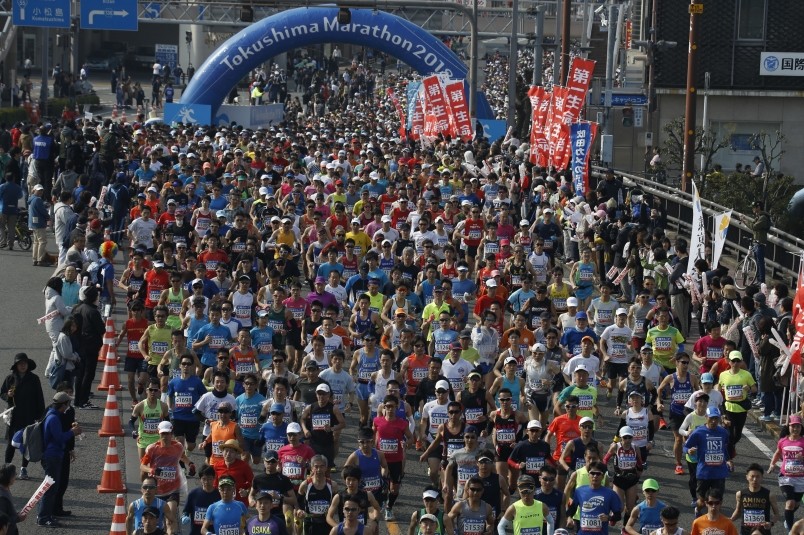 On Feb. 3 the organizing committee for the Tokushima Marathon announced that this year's race, scheduled for Mar. 28, has been cancelled.

The second year in a row that the event has been called off, the committee's decision to cancel was unanimous. 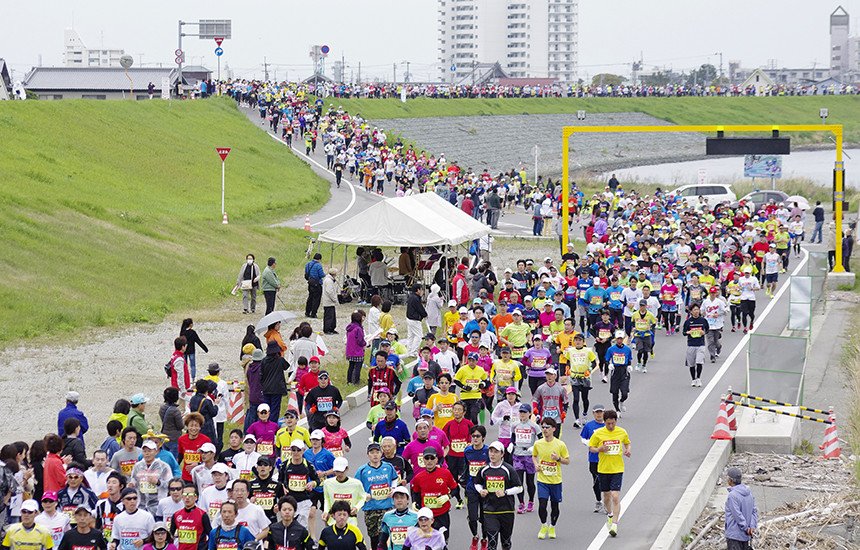 With the national government's decision to extend the state of emergency in ten prefectures and the impending demands of vaccine distribution, the organizing committee felt that it was important to prioritize society's needs and not to ask medical staff to put time and energy toward a marathon. 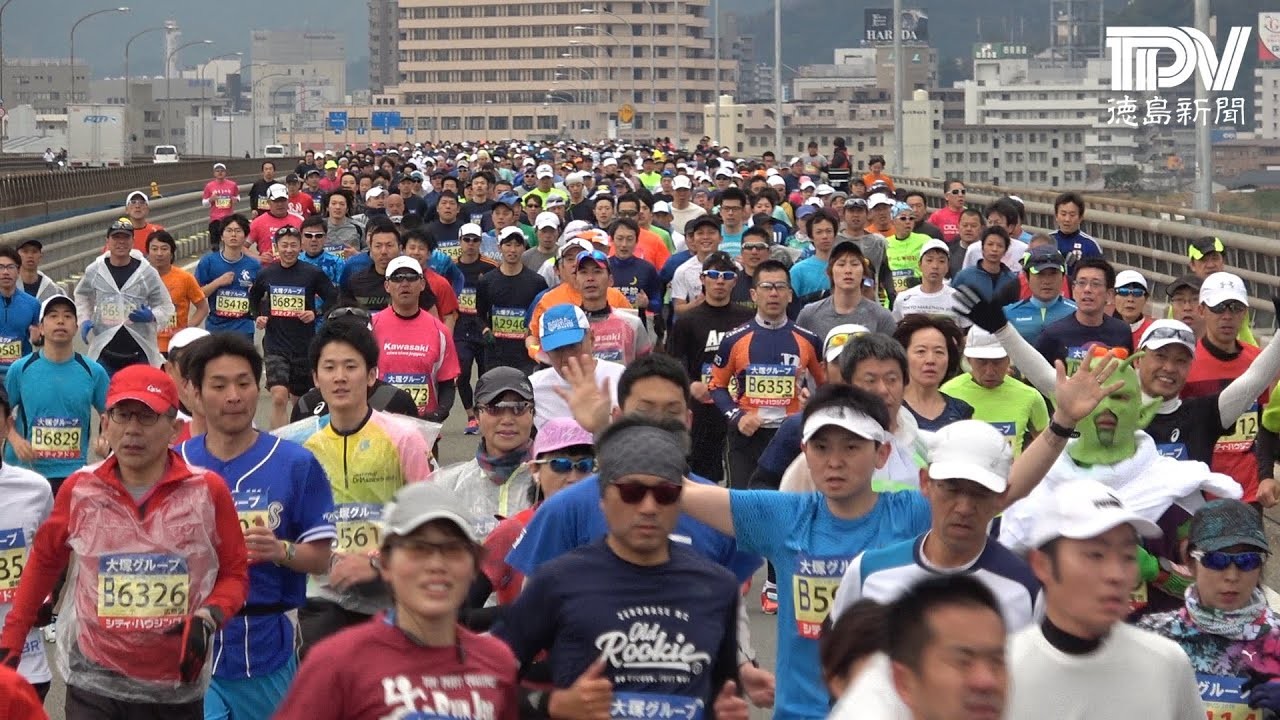 The 2300 people already entered will their entry fees completely refunded. They and others will also have the option to run a virtual 42.195 km race whenever they like using the race's official app.

With regard to next year's race, prefectural officials commented, "We will monitor the situation surrounding the virus moving forward and evaluate whether the race can be held."

With 11,010 finishers in 2019 Tokushima was one of the last big spring marathons still on Japan's spring calendar. 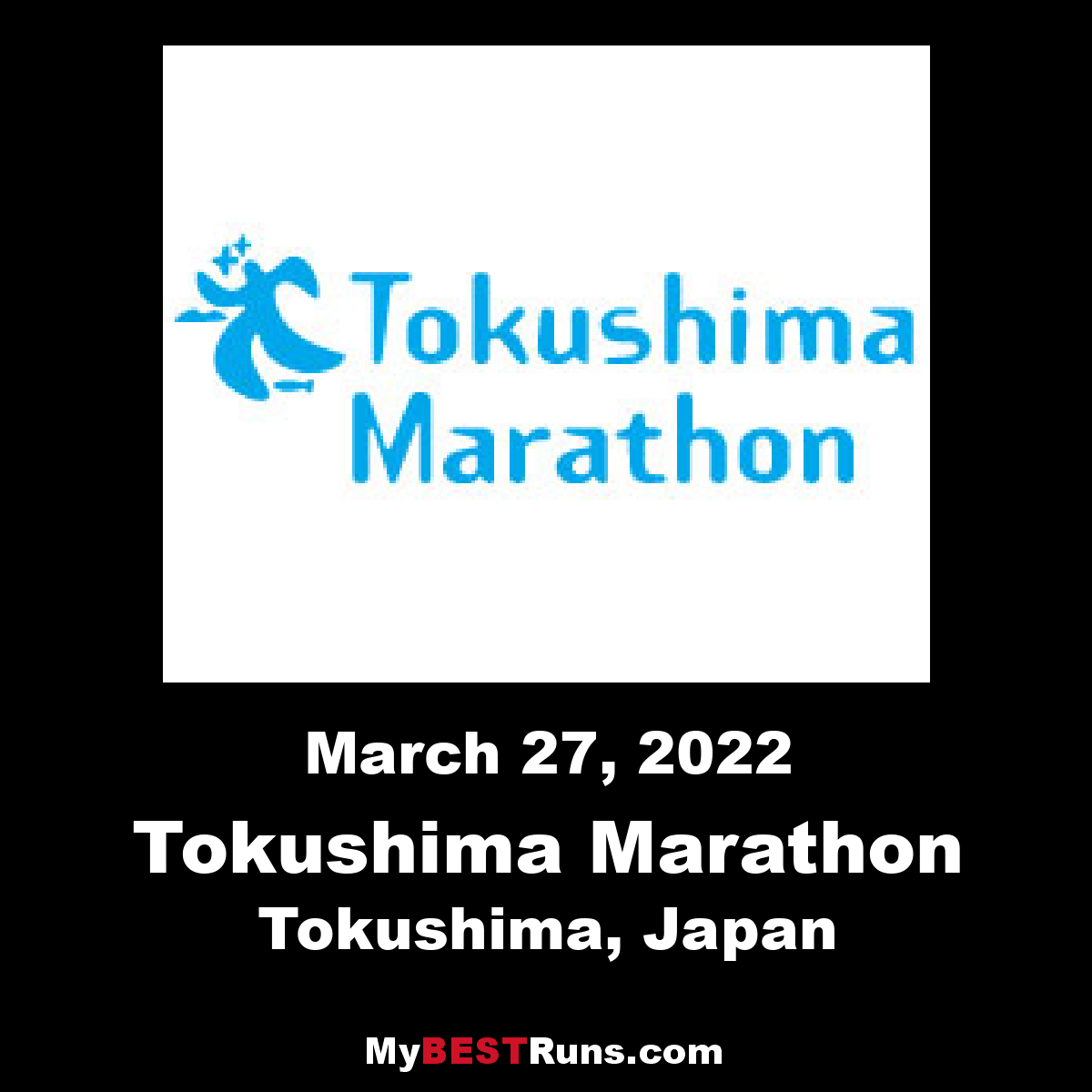 Come and join us for the Tokushima Marathon Kizuna where your family, and friends can be part of our fun event. ... 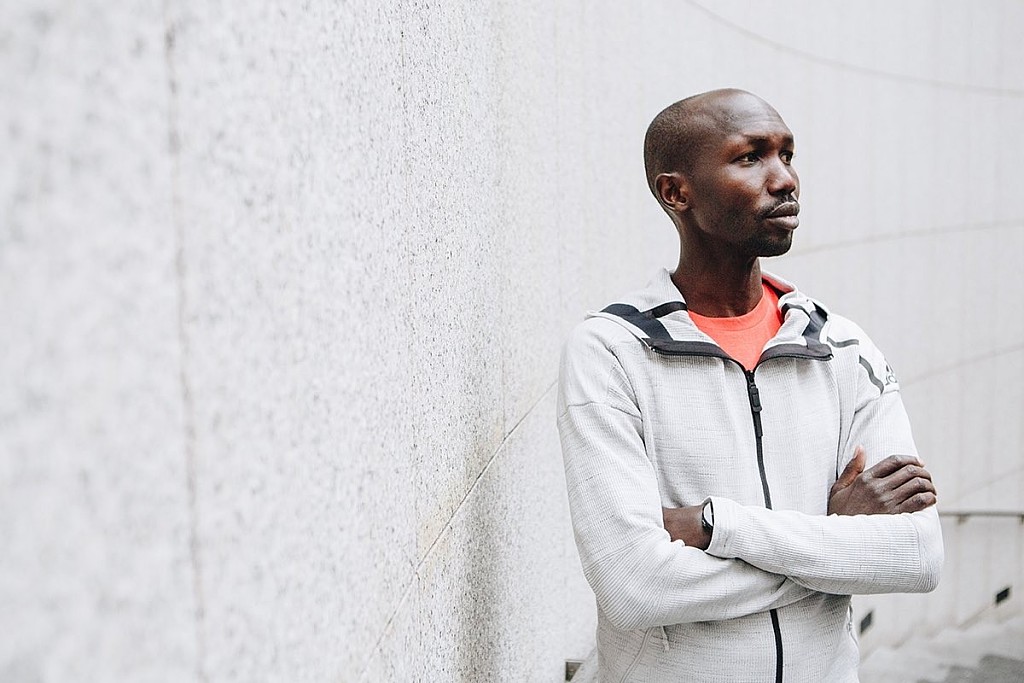 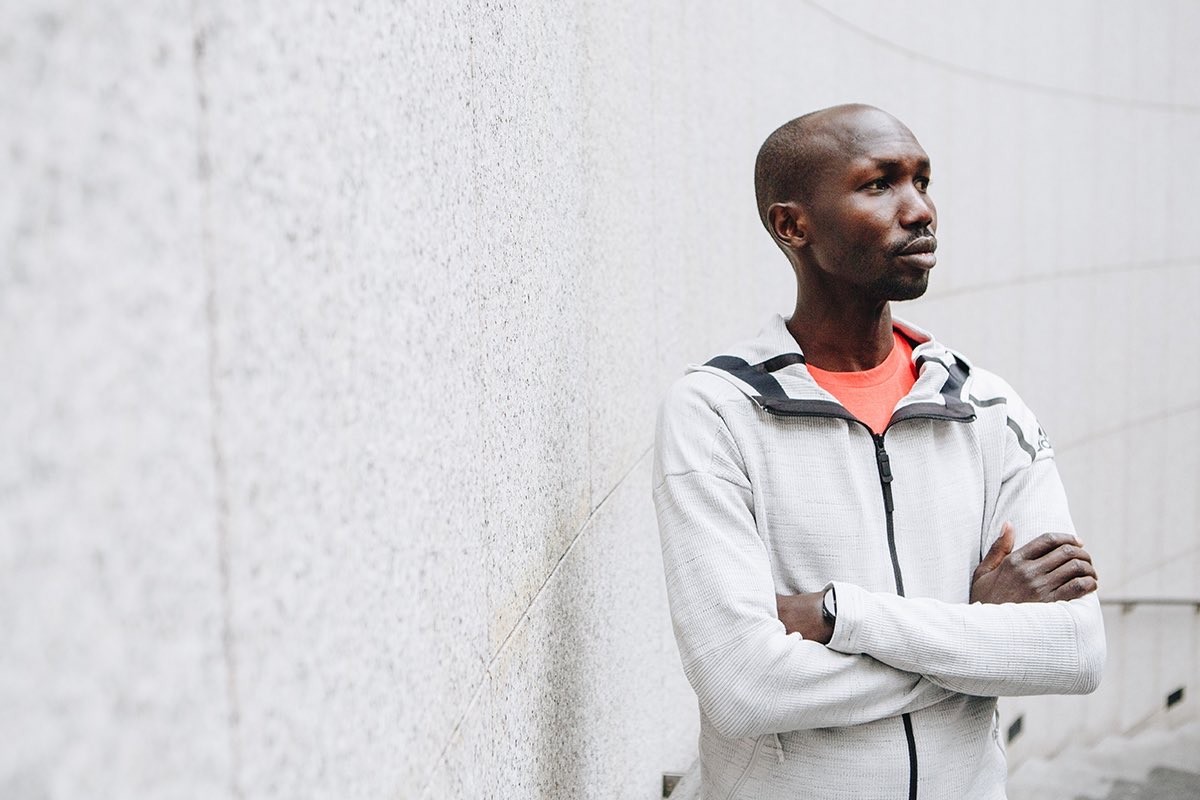 Kenyaâ€™s Wilson Kipsang won the 2018 Tokushima Marathon Mar. 25 that took place in the city of Tokushima, Japan. 12,400 people took part. Invited elite athlete Wilson Kipsang (Kenya), the 2012 London Olympics bronze medalist, won in 2:19:35. Local runner Takumi Matsumoto was 2nd. Kipsang's time was just over four minutes off the course record of 2:15:25 set by Yuki Kawauchi in 2014. Kipsang is in the process of establishing a fund to support improvement of the living environment and education of children in his home country and is taking part in activities to support that end. (03/26/2018) Views: 1,168 ⚡AMP 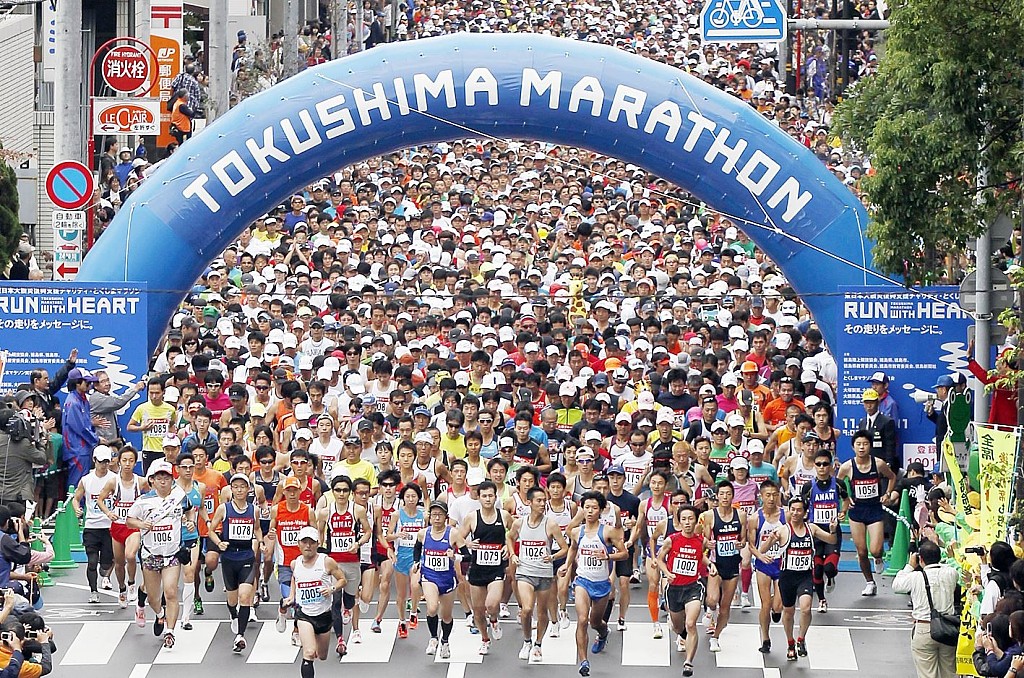 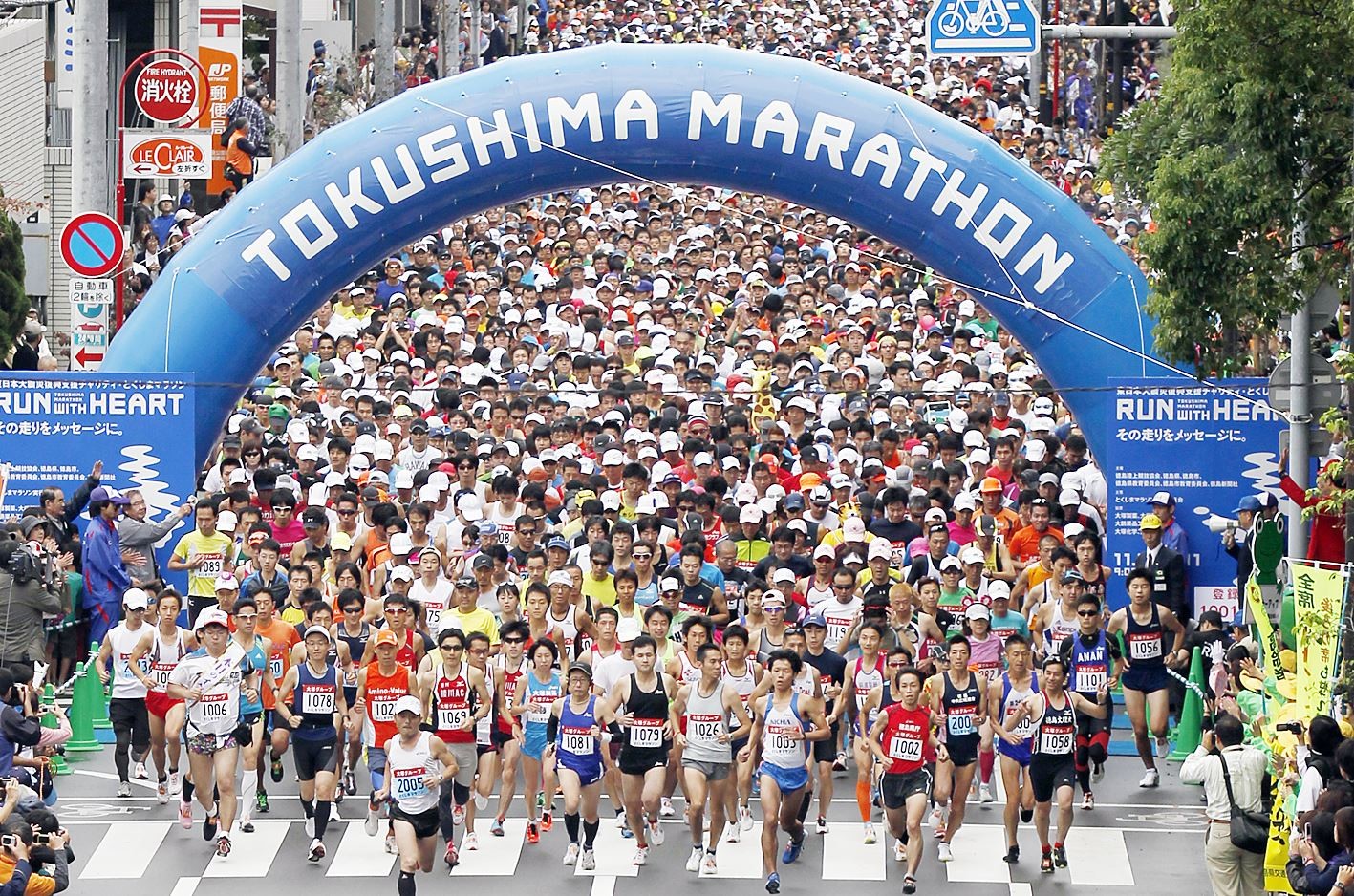 Wilson Kipsang will not be running the Tokushima Marathon afterall

We were informed from Japan Running News that Wilson Kipsang was running the Tokushima Marathon and we published that information. Today they posted the following: â€œManagement for Kipsang states that he is only appearing at Tokushima as a guest and will not run, but the language used in the article reporting the official announcement is as translated above, that Kipsang is one of three Kenyan invited athletes as opposed to a guest runner.â€ So he is not running. But being in great shape he should run a marathon soon. A strong field has been confirmed for this marathon and it should produce solid performances. (03/03/2018) Views: 1,477 ⚡AMP