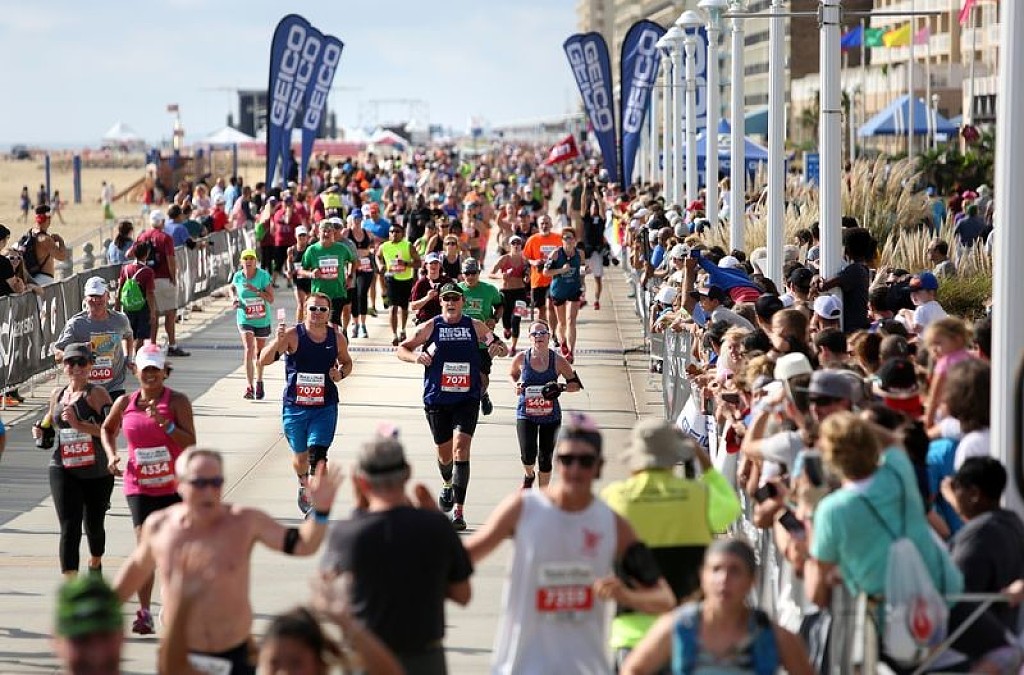 After 20 years of live music serenading runners through the Virginia Beach Oceanfront, the Rock ‘n’ Roll Running Series is leaving the city.

The series, which debuted in Hampton Roads in 2001 and includes a half-marathon, 5-kilometer race and 1-mile sprint, will take place for the final time the weekend of Sept. 4, the event runners announced in a statement on its Facebook page. 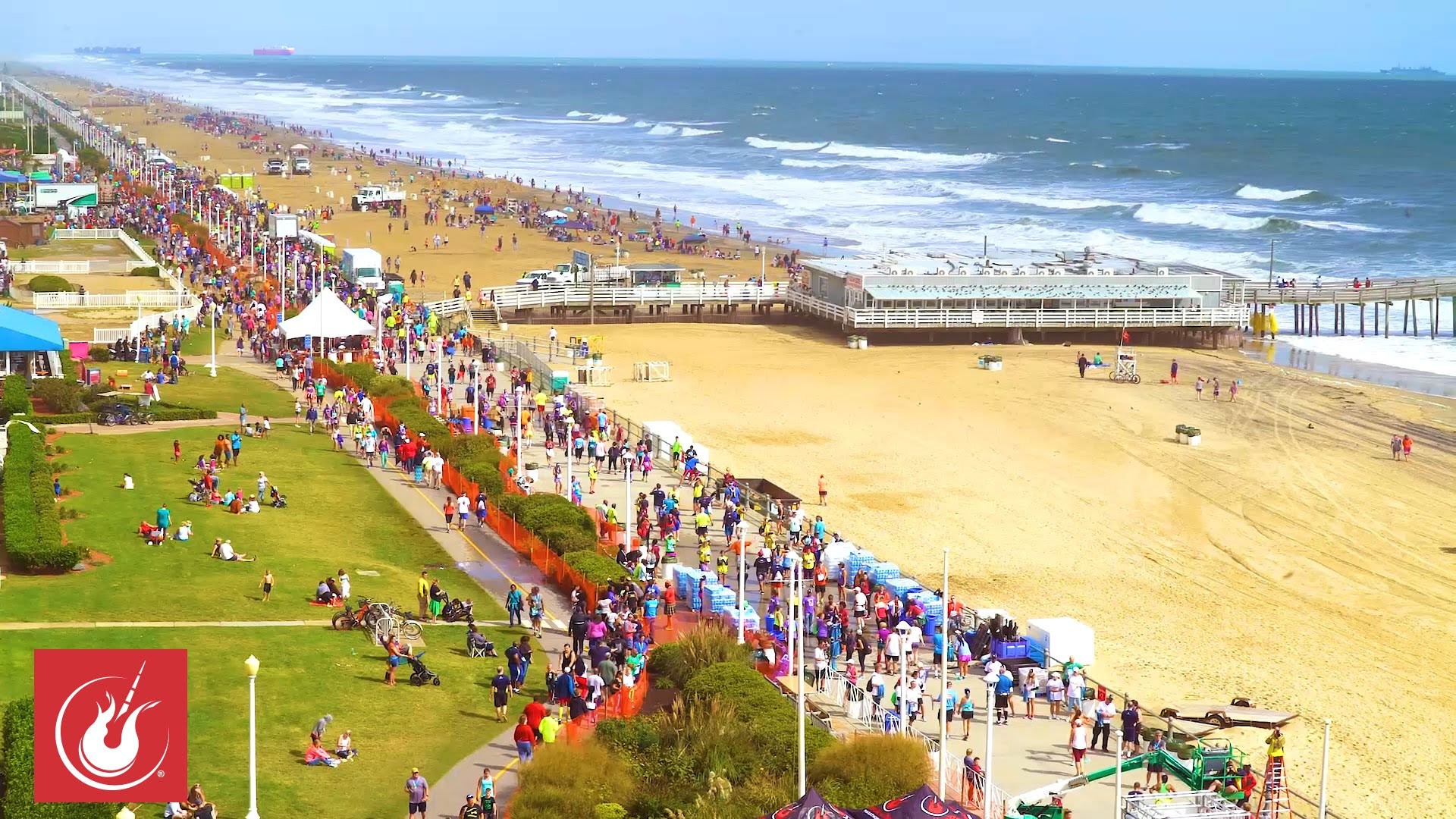 “After thoughtful consideration and conversations with local officials, the difficult decision has been made that after 20 wonderful years, the 2021 Rock ‘n’ Roll Running Series Virginia Beach will be the final edition of the race,” the statement read.

“...We have had a tremendous relationship with the City of Virginia Beach over the years and will continue to stay engaged with the city and all of our local partners to explore potential opportunities that may arise in the future.” 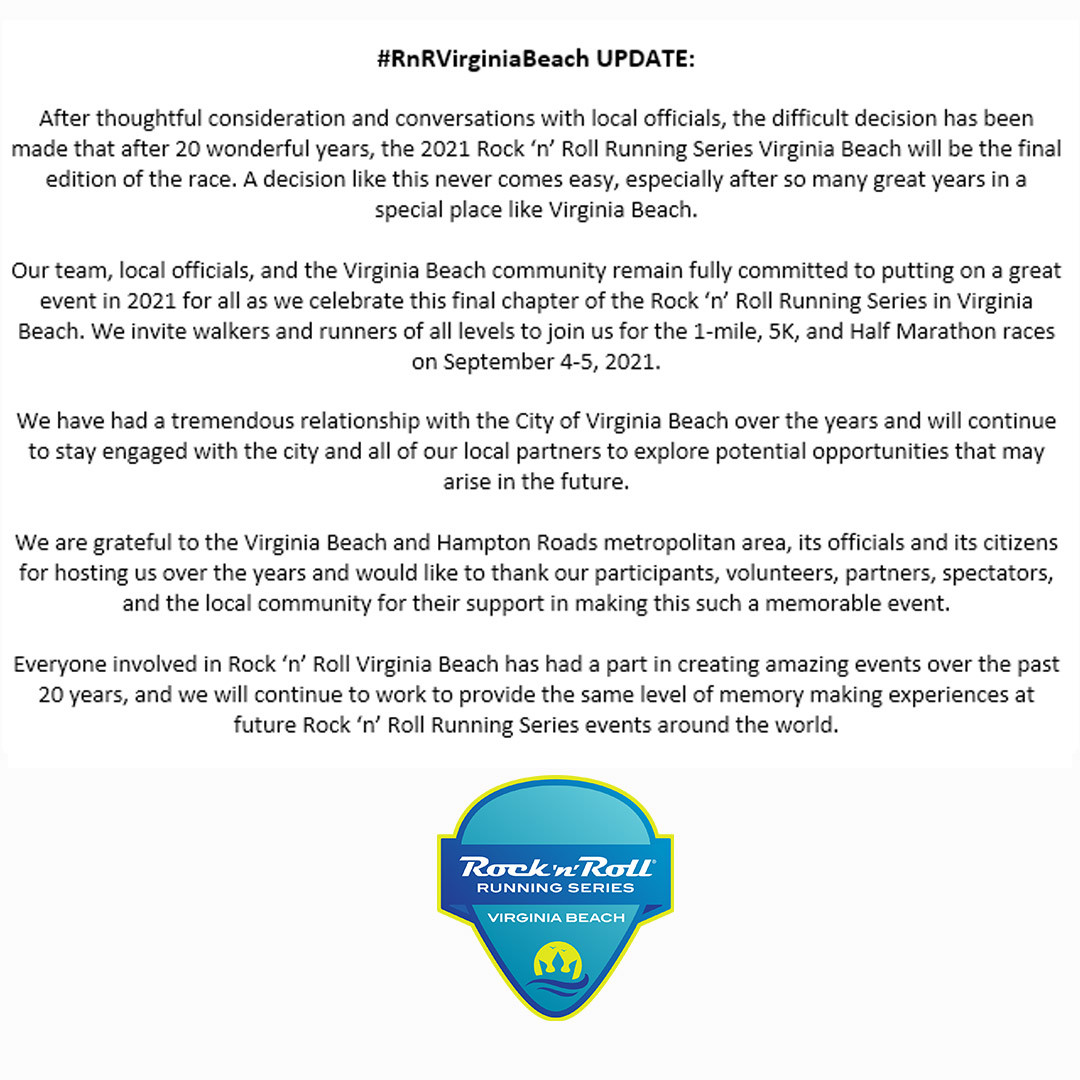 Virginia Beach is host to one of Rock ‘n’ Roll’s 17 events listed on its website, boasting it as “the largest outdoor music festival on the East Coast.”

The departure leaves the Yuengling Shamrock Marathon and Half Marathon in March as Virginia Beach’s sole premier running event. 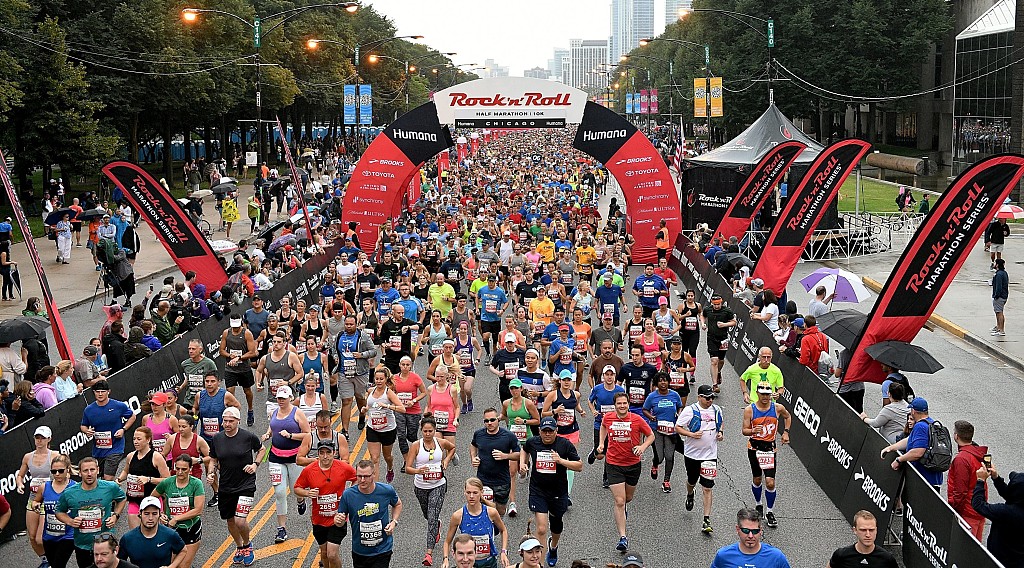 The new series will be offered through the new Rock ‘n’ Roll Virtual Running Club (VRC), an online platform allowing runners to race, engage and connect with a new series of weekly races, challenges and rewards.

“For over twenty years, the Rock ‘n’ Roll Marathon Series community has been Bringing Fun to the Run through a mixture of music, community and celebrating achievement,” says Andrew Messick, President & CEO for The IRONMAN Group. 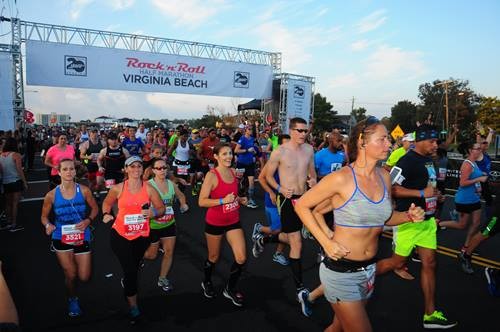 “At our core, it is about finding fun and motivation in the moments that challenge us. While this seems truer and more important than ever before, this has always been the brand’s heartbeat. We believe that this new Rock ‘n’ Roll Virtual Running Club will enable the running community to stay active, find structure and reach their finish lines in a positive, flexible and safe environment as they come together through a common passion.”

The Rock ‘n’ Roll VRC will offer challenges and virtual races in a variety of distances for all levels of runners and walkers. The first virtual race, Rock ‘n’ Roll VR1, will be a 5K run and will be open to anyone in the world. Starting this week, virtual races will begin weekly on Fridays at 5 p.m. ET and close Sundays at 8 p.m. ET. 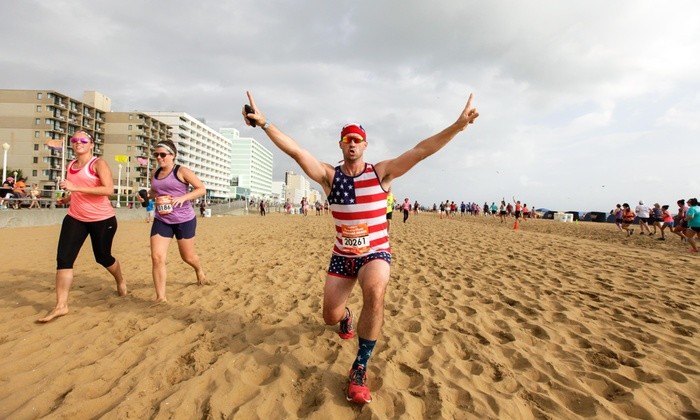 To compete for and earn rewards, participants will track their activity by a GPS and heart rate monitor and upload the information to their member dashboard. The VRC is compatible with many different wearable technology devices.

Rock ‘n’ Roll VRC will also have other features that give users access to playlists, coaching, nutritional information and more. 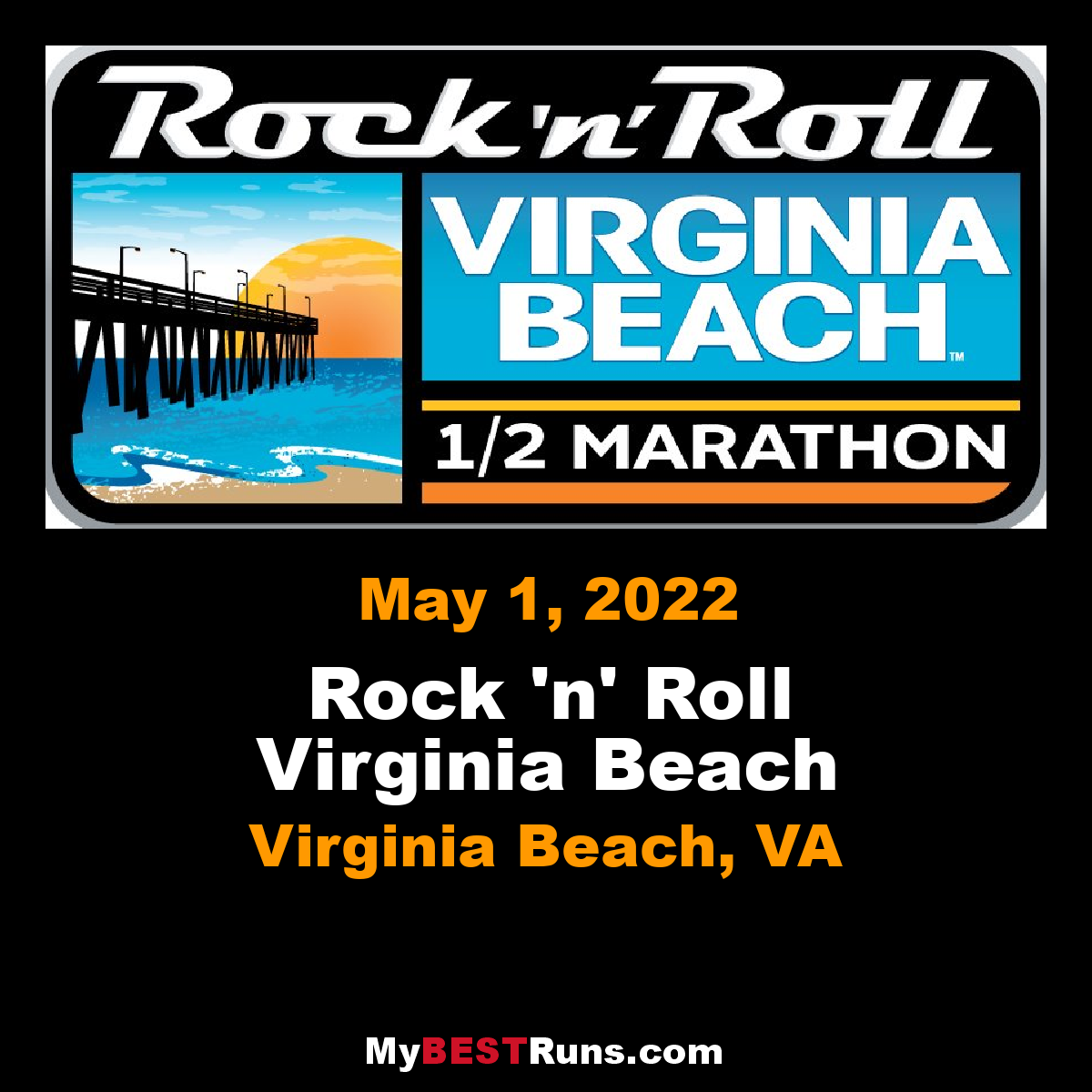 Featuring three days of free concerts on the beach, 13.1 miles of live bands and a spectacular boardwalk finish, it's no wonder why over 20,000 runners and walkers participate in the Rock 'n' Roll Virginia Beach Half Marathon. Warm ocean breezes, clean sandy beaches and rolling surf provide a stunning backdrop to this Labor Day Weekend extravaganza. The half marathon... 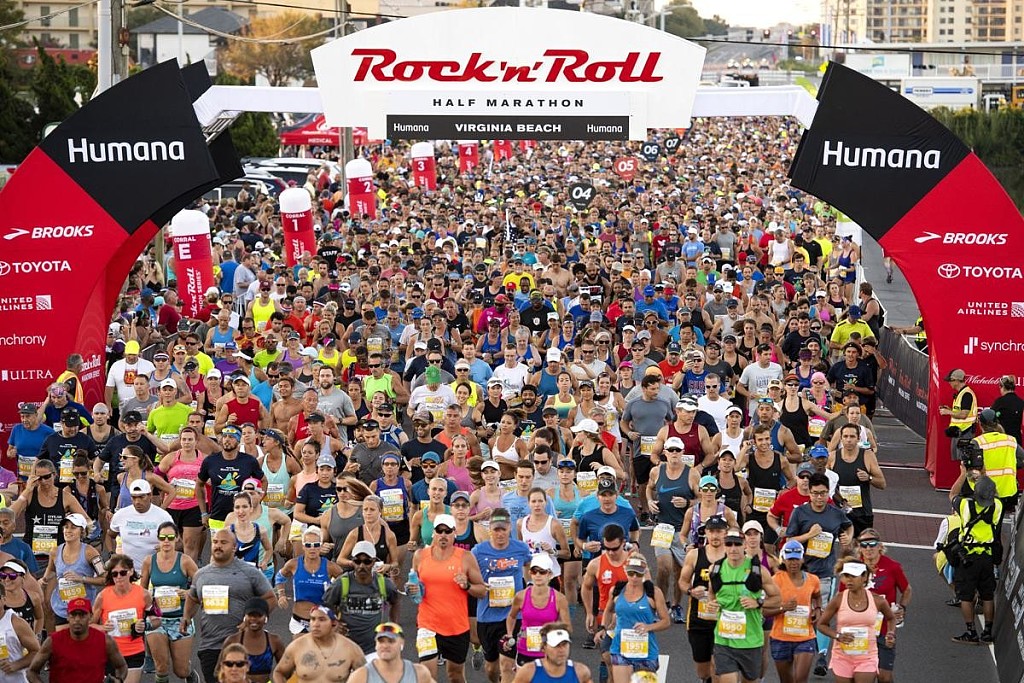 For the 19th time in Virginia Beach, runners will have the opportunity to leave their earbuds at home and listen to live music while jogging along the oceanfront.

The Rock ‘n’ Roll Half Marathon weekend begins at 7 a.m. Saturday with a 5-kilometer race and new 1-mile event at 8:15 a.m. that’s been moved off the sand and onto the boardwalk.

But for those who pass on pure speed, the 13.1-mile main event begins at 6:30 a.m. Sunday at 14th Street and Pacific Avenue, ringing in September with plenty of guitars and melodies as numerous bands and musicians line the course that treks south down General Booth Boulevard before turning back up toward the oceanfront. 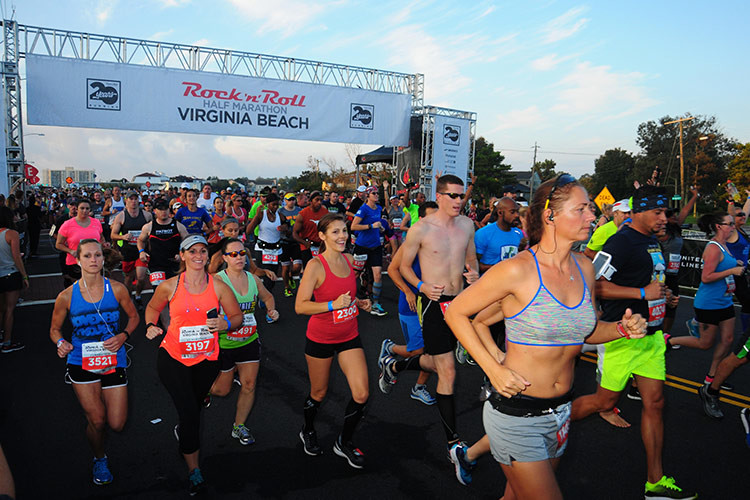 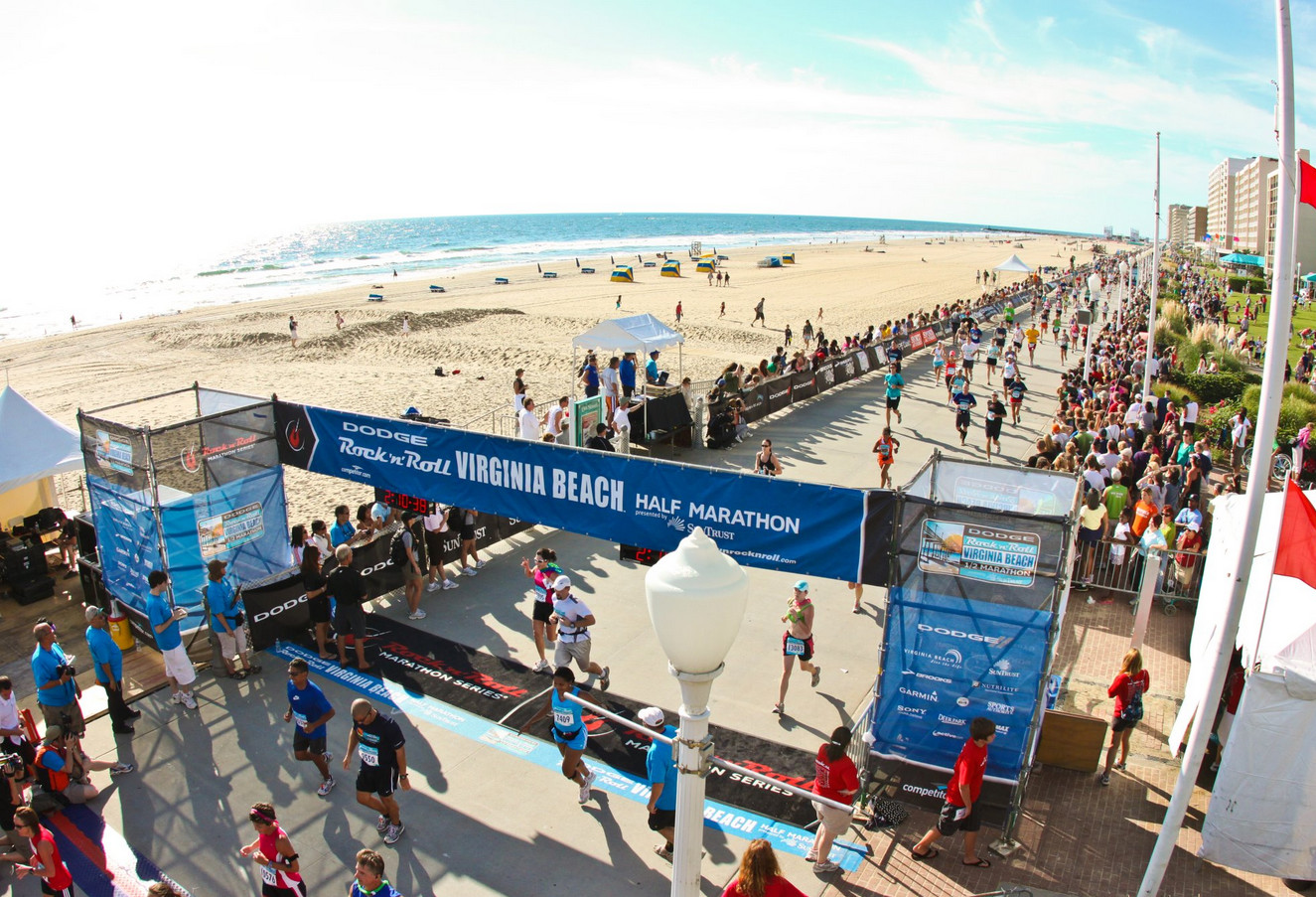 Forty-nine states and 12 countries are represented among the running event’s participants, with ages spanning 12 years old at the youngest and 81 the oldest.

Runners will have four hours to complete the mostly flat 13.1-mile course, but the elite pack that kicks off the event usually finishes within 90 minutes.

Featuring three days of free concerts on the beach, 13.1 miles of live bands and a spectacular boardwalk finish, it's no wonder why over 20,000 runners and walkers participate in the Rock 'n' Roll Virginia Beach Half Marathon. Warm ocean breezes, clean sandy beaches and rolling surf provide a stunning backdrop to this Labor Day Weekend extravaganza. The half marathon... 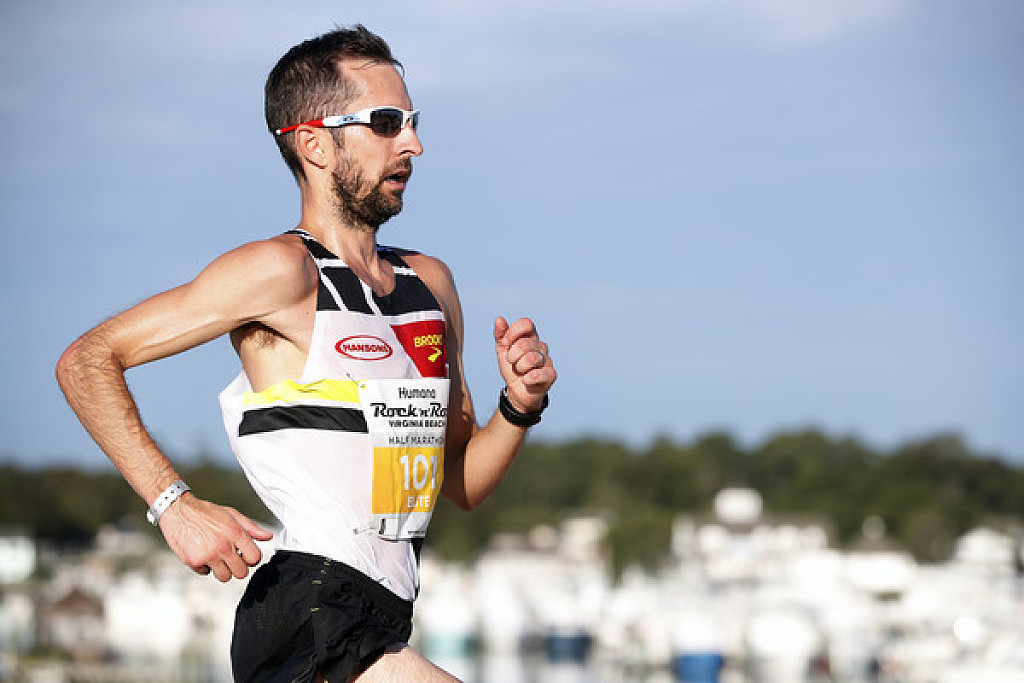 Approximately 8,000 registered runners from age 12 to 83 took to the streets this weekend to participate in the 18th running of the Humana Rock ‘n’ Roll Virginia Beach Half Marathon.  The best-in-class running event kicked off on Saturday morning with a 5K and Mile on the Sand. The half marathon took place Sunday, with runners from 46 states and 17 countries getting a first-class tour of Virginia Beach.   In the half marathon, Mike Morgan (Rochester Hills, Michigan) won the race with his first-place effort clocking a time of 1:08:47. Will Christian (Chesapeake, Virginia) was second with a time of 1:09:28. Michael Bailey (Chesapeake, Virginia) followed in third place finishing in 1:11:19. Mary Schneider (Monkton, Maryland) was the women’s champion with a final time of 1:24:19 with Fabiana Perlingeiro (Virginia Beach, Virginia) next behind her at 1:28:05. Becky Younger (Toms River, New Jersey) rounded out the podium in 1:29:34. Elite runners and fast times aside, Sunday’s race was all about the party atmosphere. Several local bands, including Dustin Furlow performed live on improved band stages along the route interspersed with cheerleaders and themed water stations. (09/03/2018) Views: 1,318 ⚡AMP