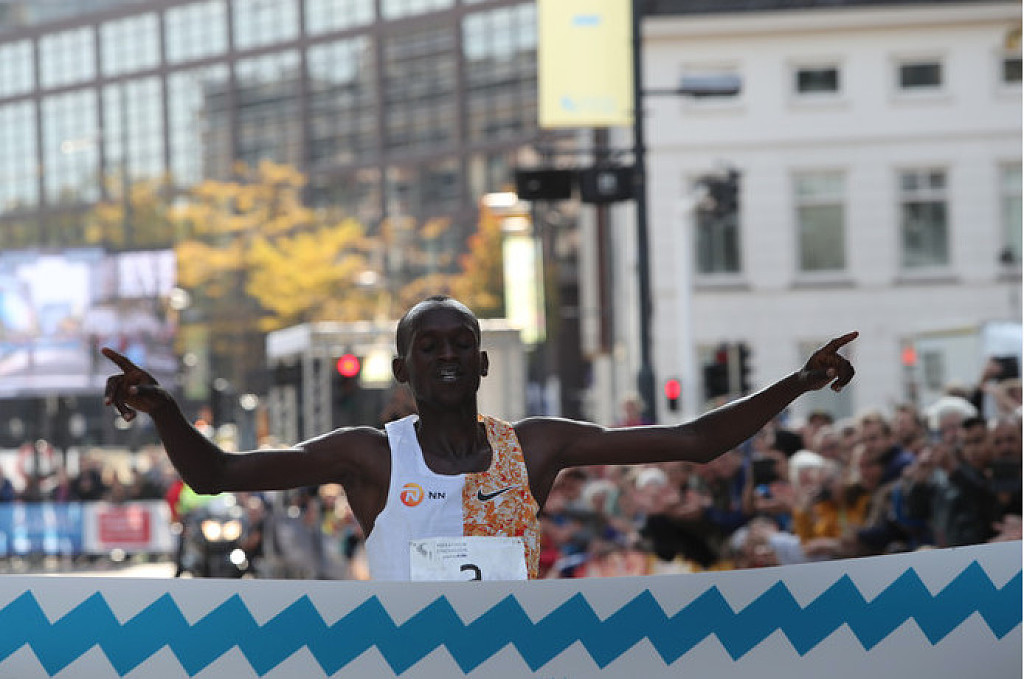 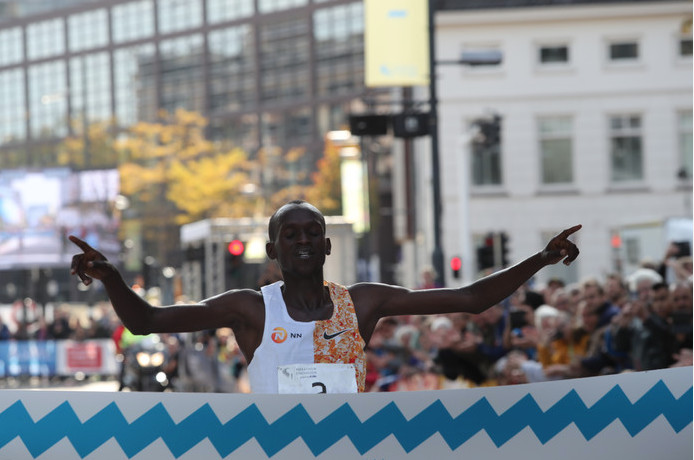 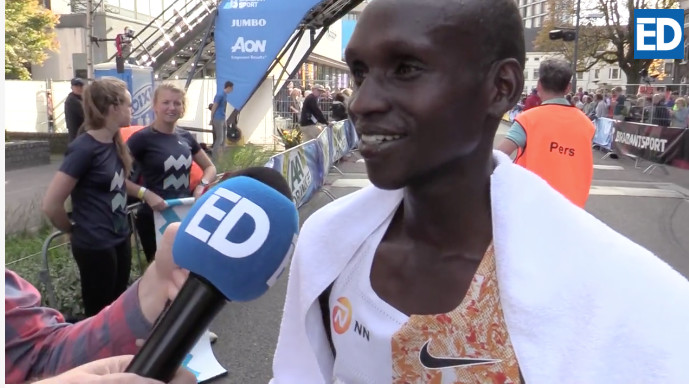 On the Oirschotsedijk behind the Herdgang it became clear that the Kenyans Laban Mutai, Reuben Kerio, Julius Tarus and John Langat would decide who would win the 36th edition of Marathon Eindhoven and that the course record was not yet feasible. Mutai released his countrymen one by one and improved his personal record from 2.07.38 to 2.06.40 in a windy Eindhoven.

Khalid Choukoud and Kim Dillen from Eindhoven were unable to run the Olympic limit at the marathon in Eindhoven. Dillen let the limit run early in the race, Choukoud finished in a time of 2.12.56. The limit for him was 2.11.30. 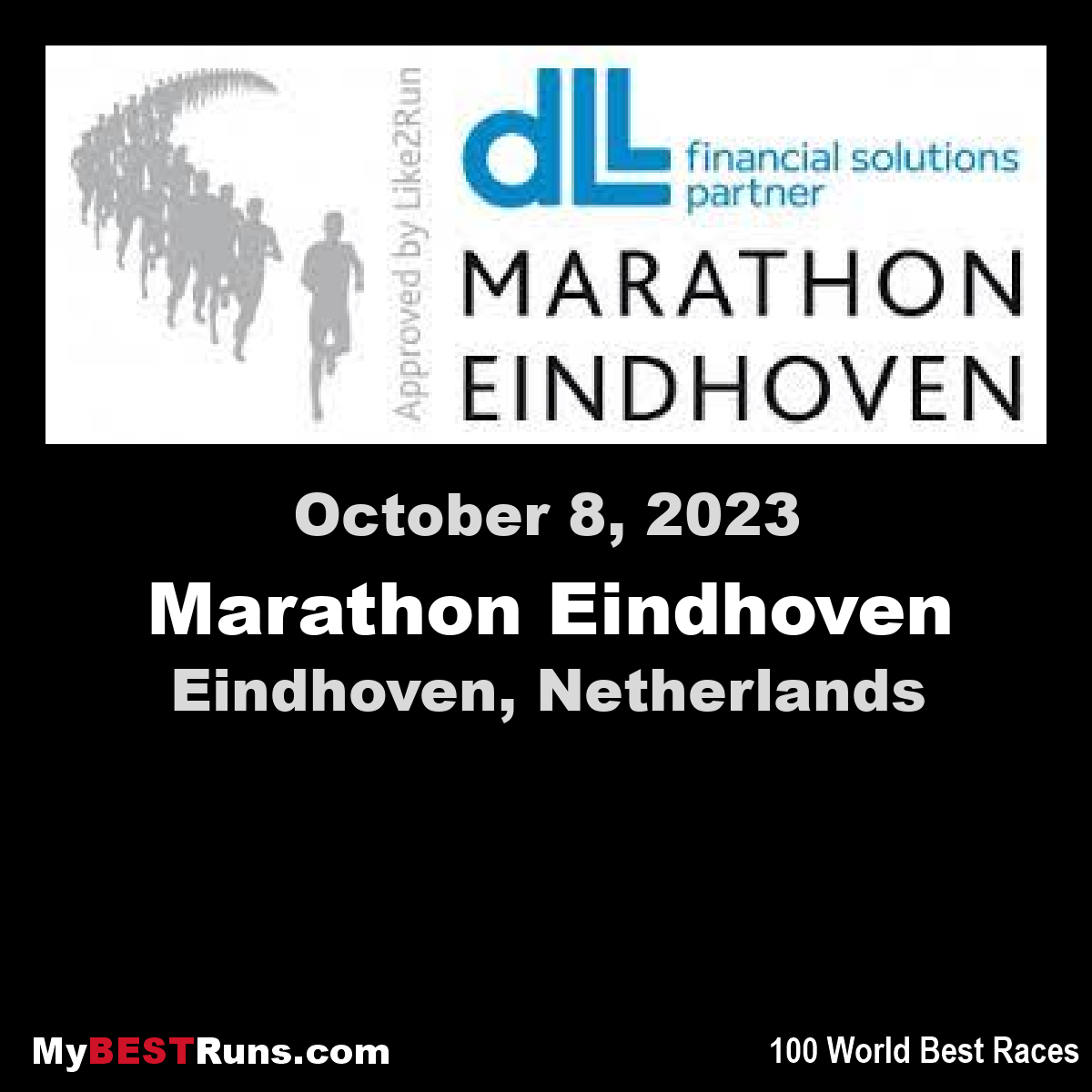 The Eindhoven Marathon is an annual marathon held in the city of Eindhoven the second Sunday in October. It has been an annual race since 1990. There is also a half marathon, 10K and 5k. The 2018 race was the 35th annual event. Dickson Kiptolo Chumba and Georgina Rono are the men's and women's course record holders with times of... 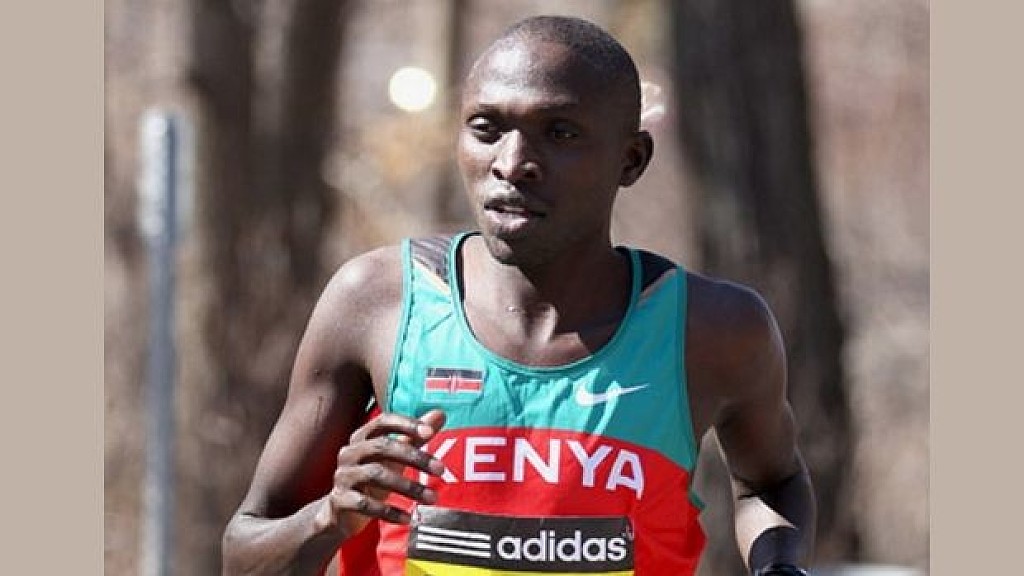 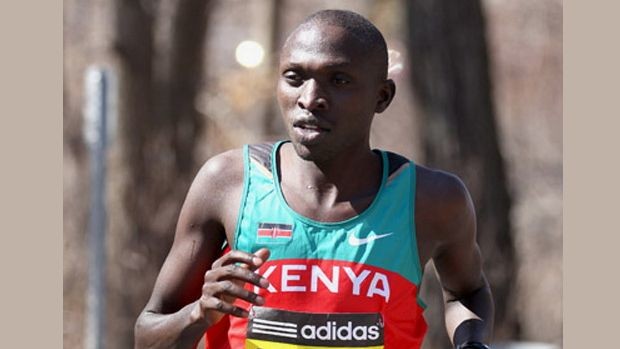 Kenya's Gilbert Yegon and Betty Chepleting hope to break through and win a big city marathon when they line up at the Eindhoven marathon on Sunday in the Netherlands.

Yegon leads a quartet of Kenyan stars keen to crash the course record and boost their selection prospects to the national team ahead of next year's Olympic Games in Tokyo, Japan.

Yegon, a bronze medalist from the Stockholm marathon, is seeking his first win in 2019. Last year, Yegon won the Dusseldorf marathon and was fifth at the Singapore marathon. 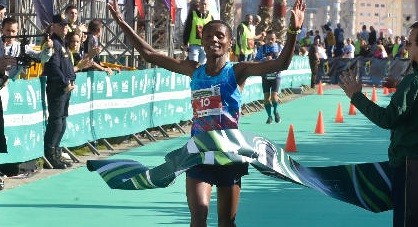 "I hope to run a fast race and boost my personal best time. But the important thing is to win against a strong challenge from Ethiopian and Turk runners. However, my training has gone on well and will be looking forward to a good performance," Yegon said in Nairobi on Friday. 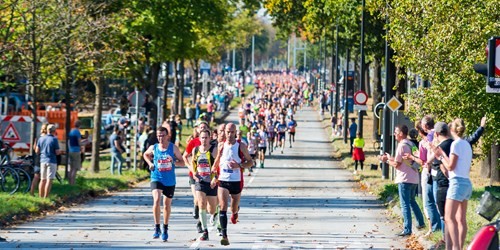 Leading the women's charge will be Chepleting, who hopes to bounce back from a poor showing in China's Dongfeng Wuhan marathon, where she was seventh in two hours, 34 minutes and 26 seconds.

"This will be my third race in 2019. I was seventh in Wuhan and failed to finish in Nagoya. I also won in Tunis in 2018 and hopefully, I will be able to overcome my challenges and fears to stage a good show in Eindhoven and win," said Chepleting.

Race Director Marc Corstjens believes they have top elite runners who can break the two hours and six minutes mark.

"Since 2014, winners of the Eindhoven marathon managed to complete the course within an average time of 2:06:26. But only if all conditions like the weather, are excellent. However, their finishing times ensure Eindhoven's marathon is among the ten fastest marathons in the world," Corstjens said.

The Eindhoven Marathon is an annual marathon held in the city of Eindhoven the second Sunday in October. It has been an annual race since 1990. There is also a half marathon, 10K and 5k. The 2018 race was the 35th annual event. Dickson Kiptolo Chumba and Georgina Rono are the men's and women's course record holders with times of... 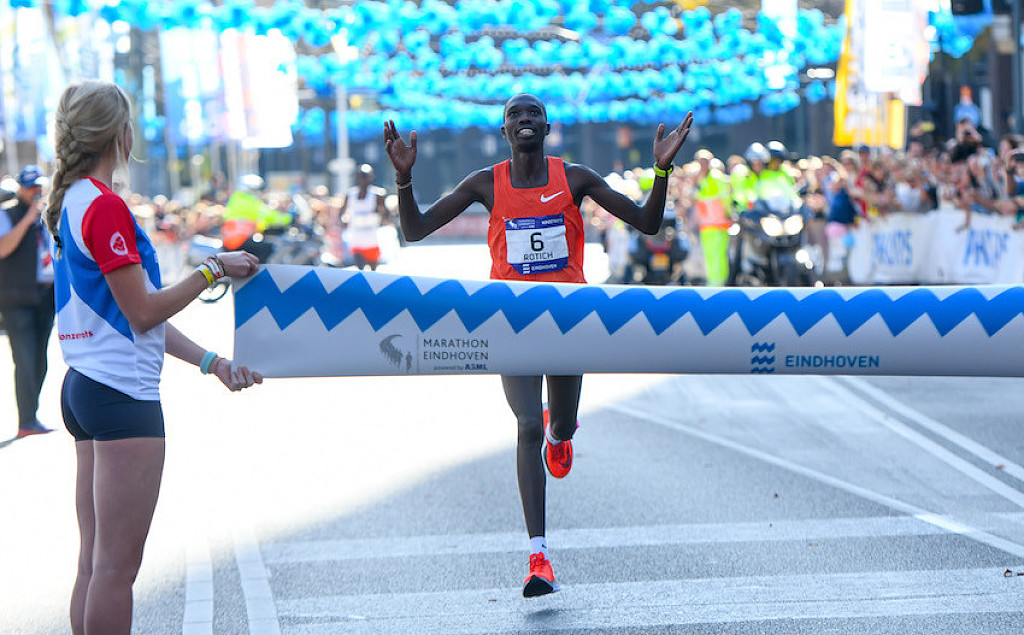 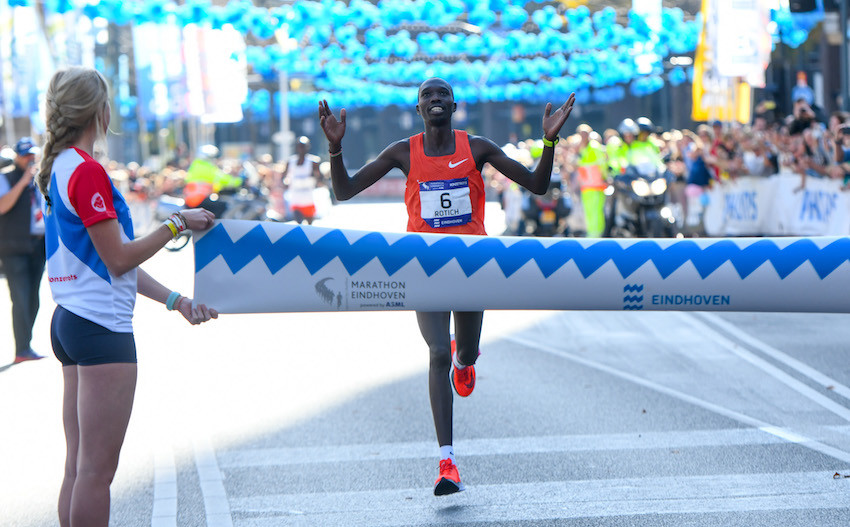 Elisha Kipchirchir Rotich from Kenya, won the 35th annual Eindhoven Marathon this weekend. He set a personal record. He clocked 2:07:32. His fellow-countryman Laban Mutai came second. Laban Mutai set a time of 02:07:37. Vincent Kipsang Rono, also from Kenya, finished third. He finished in 02:07:50. All three winners set personal records. From start to finish, Kipchirchir Rotich was part of the leading group. Though the number of athletes in this group declined during the marathon, he remained part of it. With twelve kilometers to go, only six runners remained in the leading group. Two kilometers later, the group fell apart with Kipchirchir Rotich continuing on his own. He ran the last two kilometers leading. The winning time of 2:07:32 is slightly slower than the previous record of 2 hours and 6 minutes. The warm weather slowed the field this year.  (10/15/2018) Views: 972 ⚡AMP 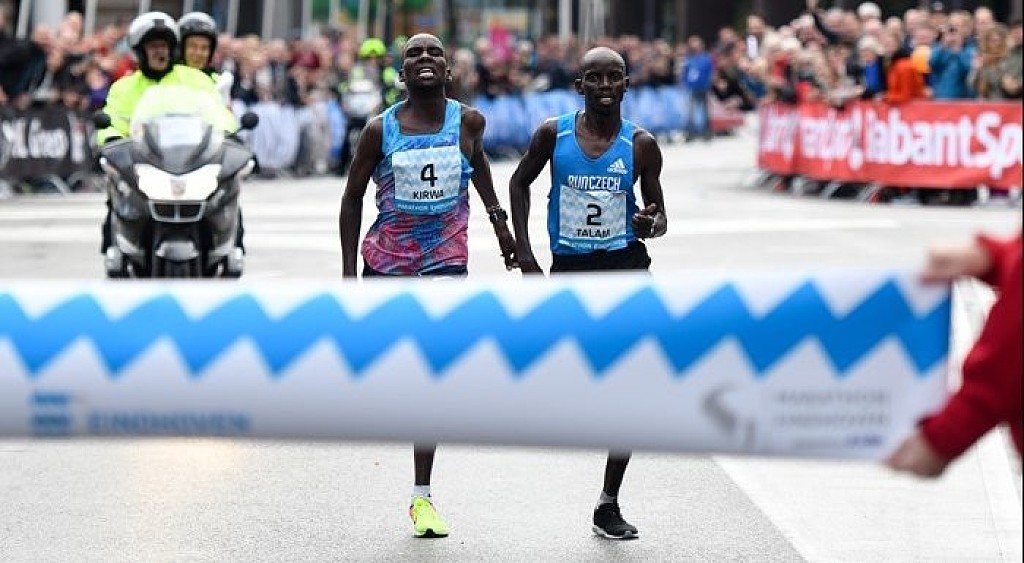 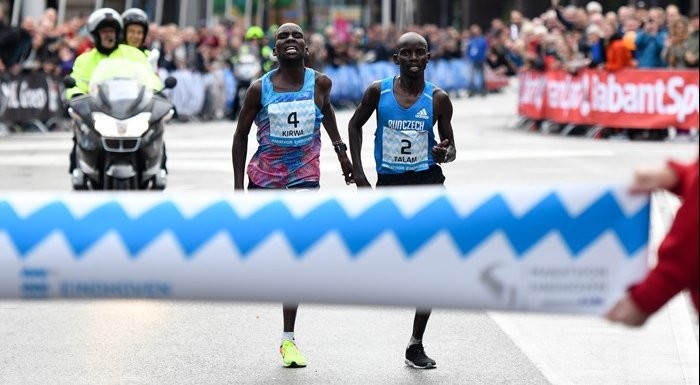 The Eindhoven Marathon is an annual marathon held in the city of Eindhoven, Netherlands.  The first race was held in 1990.  Every year since 2003 the winning time has been under 2:10.  The men's course record was set by Dickson Chumba (Ken) in 2012 when he clocked 2:05:46.  The year before Georgina Rono (Ken) set the woman's record (2:24:33).   Last year Felix Kiptoo Kirwa (Ken) set his PR of 2:06:13 in Eindhoven and will be back. The Ethiopian Deriba Robi will also be running.  Robi already clocked 2:05:58 in 2015 on the fast Eindhoven course. That year the victory went to Kenyan Stephen Chebogut 2:05:52. In 2011 and 2016, Robi also chose Eindhoven as his fall marathon.  Belay Asefa from Ethiopia ran his best marathon time 2:07:10 four years ago in Hamburg will also be running. On a good day the course record can be broken.  Besides the elite racing up front the race director wants his race to be special.  "A marathon is a marathon, it is 42,195 km long, there are a start and a finish, a course and runners," Edgar de Veer says. "Seems very simple but there is a lot to innovate."  At least that’s what Edgar de Veer, organizer of the Eindhoven Marathon, thinks. “We have the ambition to become the most innovative marathon in the world.”  This is how the idea of Switchsprinter.com, a system that allows participants to hear voice messages from family via an earbud, came about.  Prior to the marathon, people can record messages and if the participant is having a hard time, such a recorded message will be heard.   (10/05/2018) Views: 918 ⚡AMP