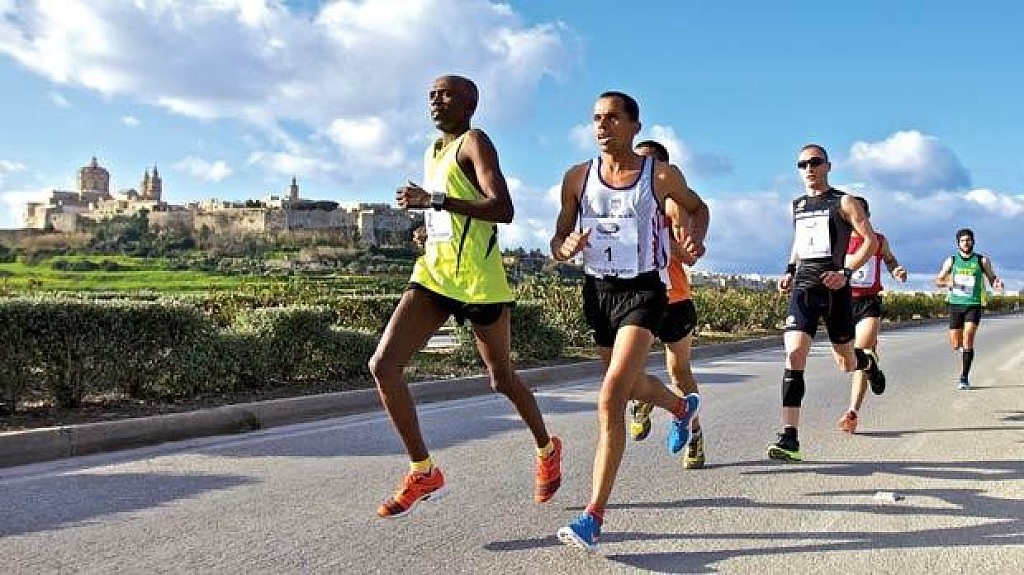 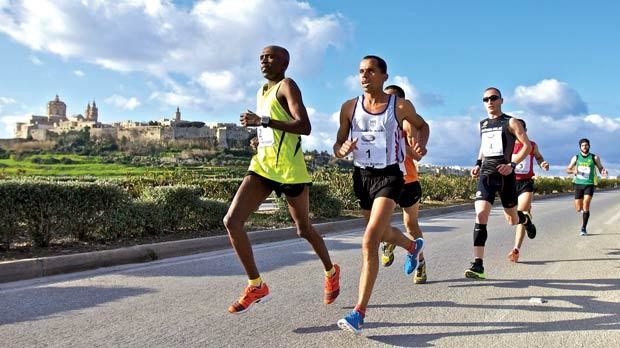 The Malta Marathon was called off last weekend by race organisers after the country was hit by one of the worst storms in recent years, with gale-force winds causing severe damage in various localities.

A total of 4,500 runners were expected to be at the starting line at the Mdina Gate on Sunday morning but the organizing committee decided to cancel the event on Saturday night after a meeting with the safety officers.

Joe Micallef, the chairman of the race committee, said nobody could question the decision to call off the race as the safety of the participants and the persons involved in the organization of the marathon were paramount.

“I think everyone will agree with our decision to call off the marathon,” Micallef told the Times of Malta. 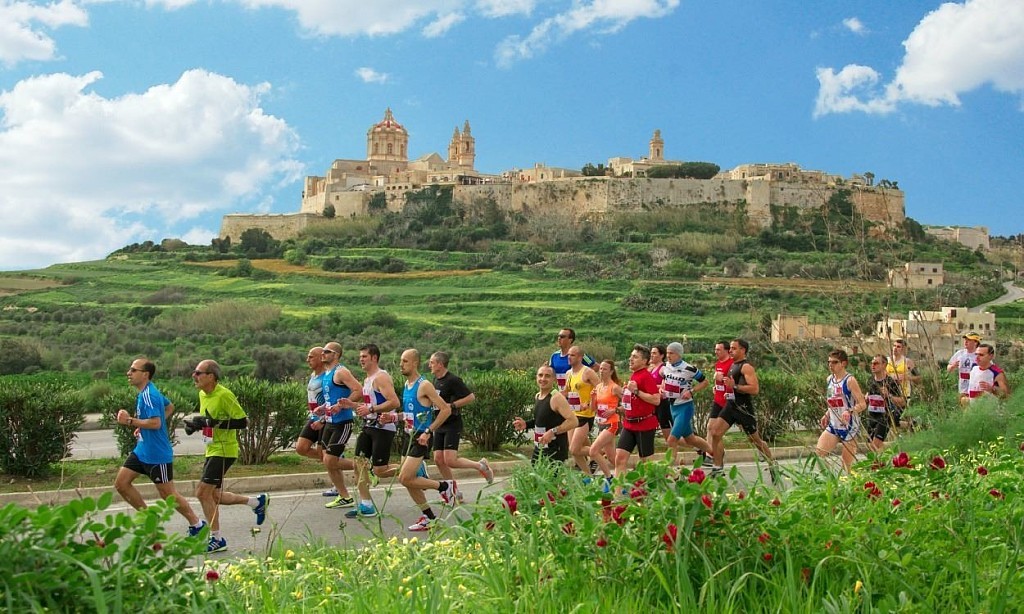 “We waited until the last minute in hope that the weather predictions would improve but they didn’t. Obviously, there is great disappointment as preparations had been ongoing for the last 12 months. You can’t imagine how much logistical work is involved to organise the Malta Marathon. But it was just not to be.”

The decision to cancel rather than postpone the 2019 Malta Marathon took many by surprise but Micallef said that it’s almost impossible to hold the race on another date due to a packed racing schedule.

“It’s an impossible task to move the Malta Marathon to another date,” Micallef said.

“First of all, when we set the date of the race we have the police, wardens, security personnel, volunteers and scouts all booked and it’s very difficult to have all this entities available together on another date. 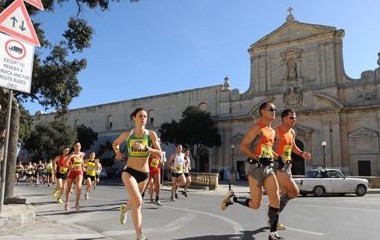 “Besides, to organise a marathon we need the permit from the Malta Amateur Athletics Association (MAAA). There is an agreement in place that says that the MAAA cannot issue a permit to stage a race on a weekend when there is already another running event scheduled.

“The running calendar is jam-packed with races and it’s almost an impossible task to find an alternative date.”

“It’s clearly written in our regulations that participants will not get their €35 ($50US) registration fee back if they don’t turn up on race day or the marathon is not held. Every participant agrees to these conditions when they register for the race.

“Unfortunately not many people really know how much it costs the organising committee financially to hold the race. We spent a lot of money to circulate fliers and banner around Malta to promote the race. We paid adverts in local newspaper to give the necessary information on our race.

“Added to that we have other expenses such as the bags that we give each participant to put their clothes for the race, the Facebook photo system, which cost us 10,000 euro so we have many expenses to cover.

“But having said that we are still considering to offer a discount to this year’s athletes who will be applying for next year’s race.

“We’re not obliged to do that but we’ll think about it.”

Micallef said that despite the cancellation of the event they will still be making the donation to the official charity of the race – Inspire.

“The MMOC has already decided that the money promised to our charity Inspire will be given to the organisation as promised,” Micallef said. “It’s a commitment that we want to keep.” 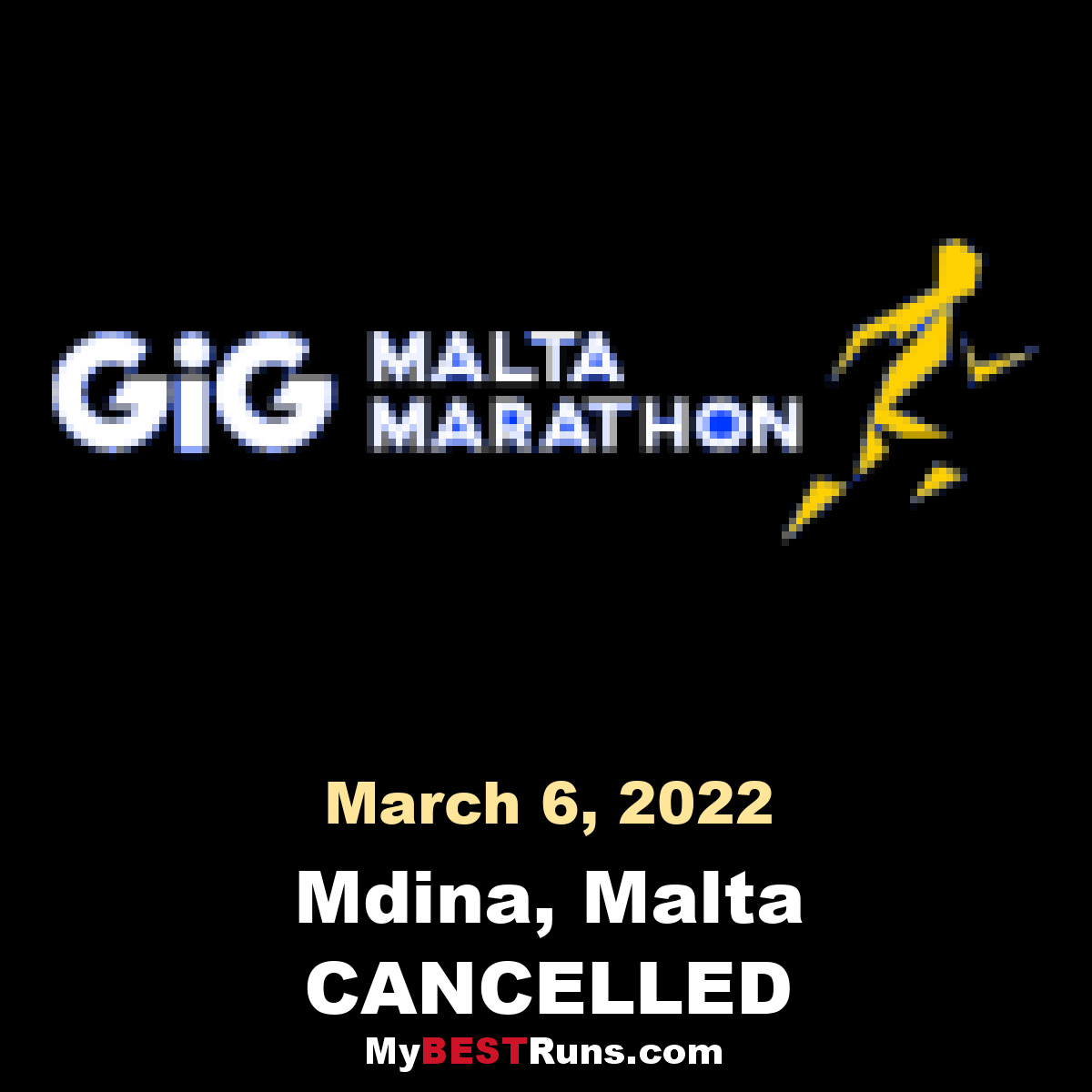 93 kilometres south of Sicily, almost slap-bang in the middle of the blue Mediterranean, the Maltesearchipelago comprises three inhabited islands, Malta, Gozo and Comino. Since the whole area adds up to only 196 sq. kilometres, you can understand that it was no easy task to come up with a marathon route of 42.2 kilometreswithout going round and round in circles.... 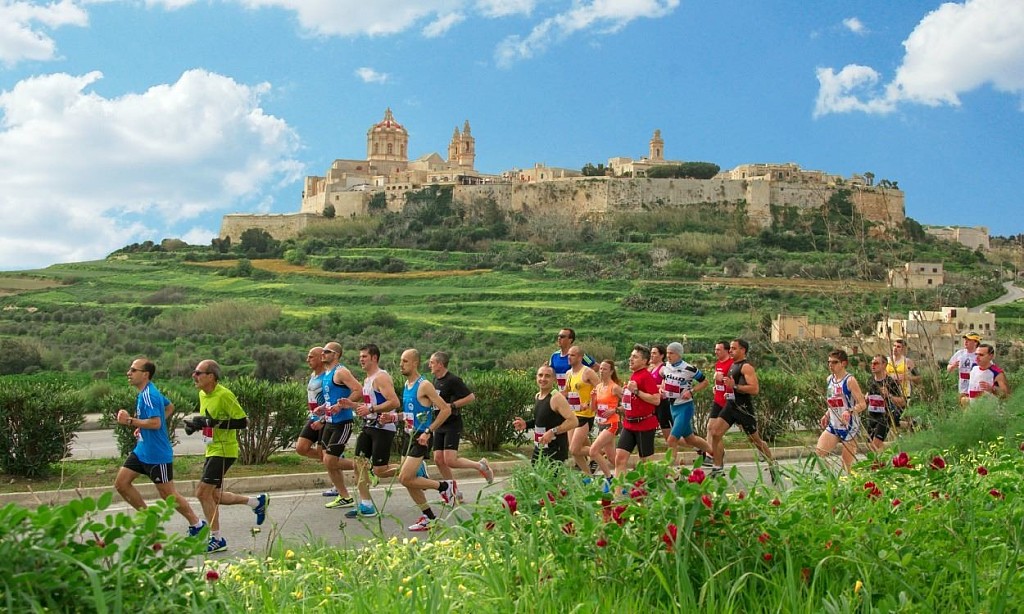 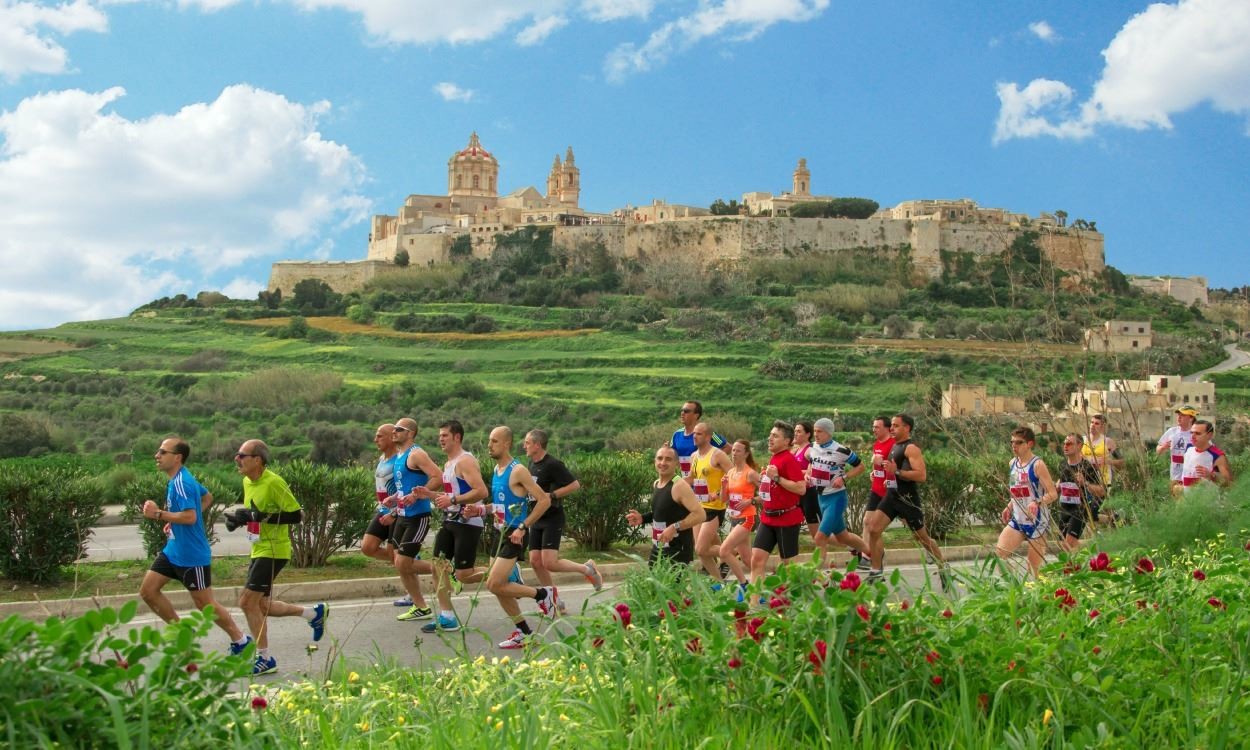 The Malta Marathon is the biggest athletic event on the Island

The Malta Marathon is the biggest athletic event on the island and now in its 33rd edition, saw thousands of athletes compete. A total of 3,700 people registered for the races with 960 for the marathon. Malta is located in the center of the Mediterranean Sea and is the southernmost European country. Malta is halfway between Gibraltar and Alexandria and between Sicily and North Africa... Six-time Malta Marathon winner Mohammed Hajjy had to settle for second place in the 2018 edition on Sunday morning, being narrowly beaten to the finish line by Moroccan compatriot Said El-Baazouzi. in 2:18:31, with Hajjy making it in 2:18:58. Polish runner Anna Wasik was the first female with 2:53:47. (02/25/2018) Views: 1,076 ⚡AMP 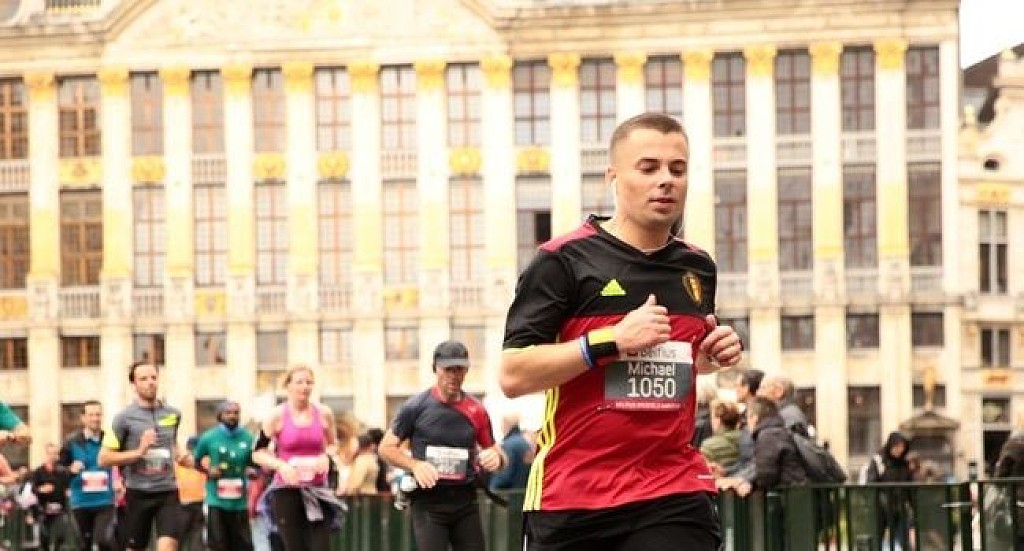 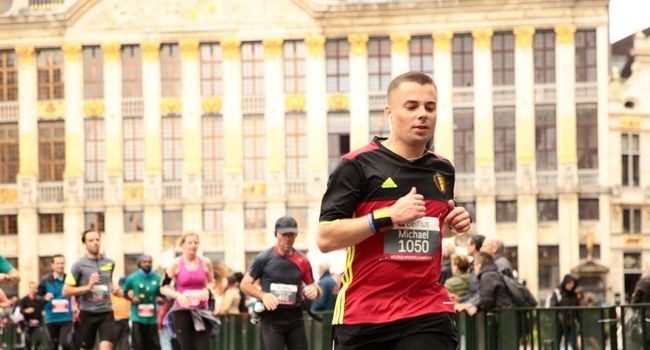 Man Wants to run a marathon in every European country to help his friend with M.E.

Over 4,800 people applied for the Malta Marathon - but for one man from the UK, this marathon is much more than a test of his endurance. "I’ve completed 14 marathons so far (UK, Czech Republic, Finland, Ireland, Sweden, Greece, France, Belgium, Poland, Spain, Luxembourg, Lithuania, Netherlands and Slovenia) with 15 left to go," he said. That's why Mike is currently running around Europe to complete 29 marathons to help raise money and awareness for biomedical research to find a cure for M.E. It was 10 years ago when Mike Harley's best friend Ian was diagnosed with Myalgic Encephalomyelitis, or M.E. this is the only way I feel I can help him, by running marathons," said Mike. (02/19/2018) Views: 1,289 ⚡AMP