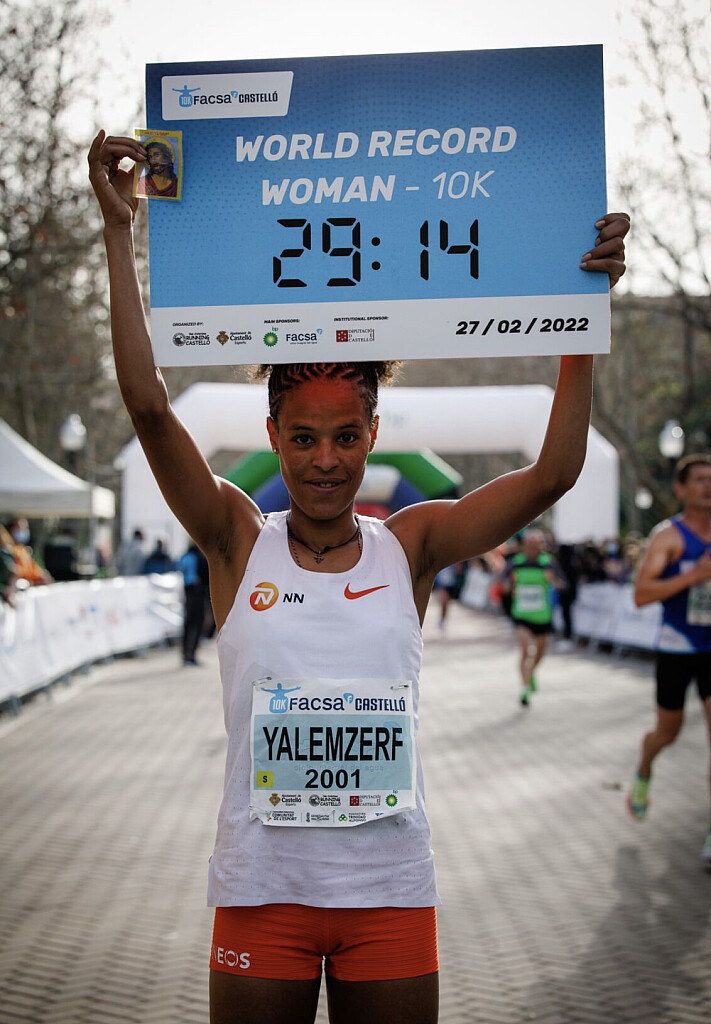 Ethiopian runner Yalemzerf Yehualaw has clocked 29:14 for a women’s world 10km record in a mixed race

Yalemzerf Yehualaw has broken the women’s 10km road record in Castellon, Spain, with a time of 29:14. 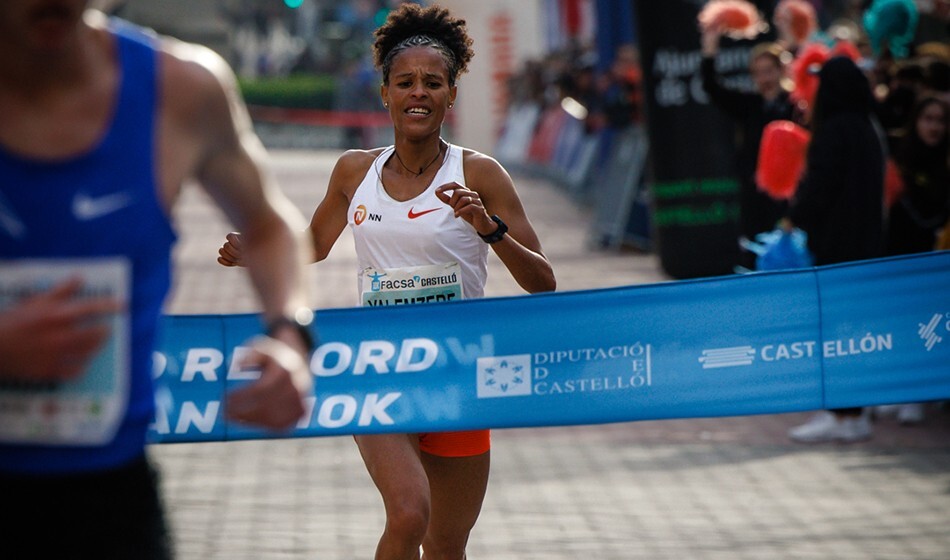 It comes after a couple of record-breaking near misses. In the Antrim Coast Half-Marathon last September she set what appeared to be a world record of 63:43 before it transpired the course was 54 metres short. Then, in the Great Ethiopian Run last month, she seemingly clocked an African all-comers’ record of 30:14 at high altitude in Addis Ababa, only to see the time adjusted to 31:17 due to a timing error. 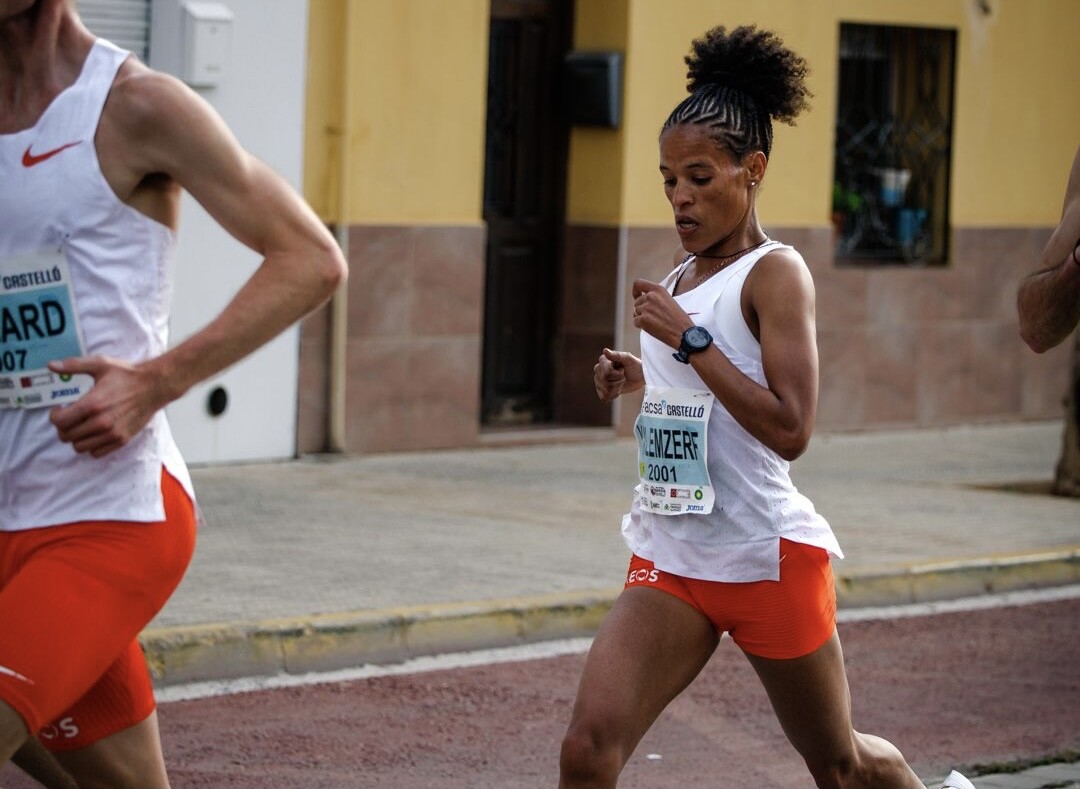 Yalemzerf said: “Today a dream came true. I felt really great in the race. The first 5km was very fast. I was struggling a little bit in the second 5km but I was still able to maintain a high pace.

“I’m so happy with this record! I want to thank the race organisers for this fantastic opportunity,” added Yehualaw, who ran splits of 14:28 and 14:46.

Yehualaw won a bronze medal at the World Half Marathon Championships whereas last year she became the second fastest women’s half-marathon runner in history, clocking 63:51 in Valencia to finish behind the world record run of her NN Running Team team-mate Letesenbet Gidey. 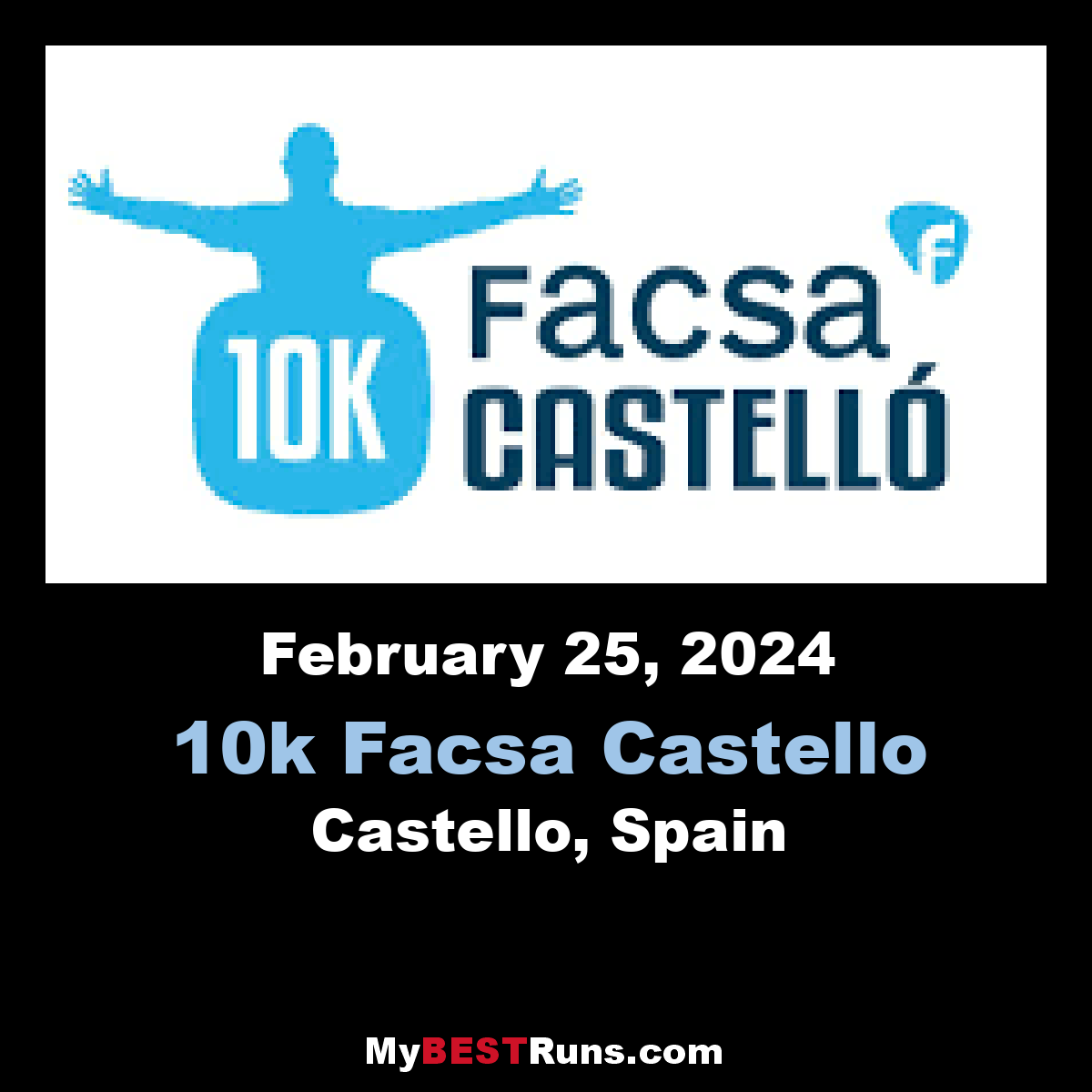 The 10k Facsa Castello is a sporting event that has grown exponentially to become one of the most revelant of the regional calendar. Every year, more participants! The 10K FACSA Castelló has maintained an exponential increase year after year in the number of registered participants, also accompanied by excellent evaluations by our runners. The test has established itself as one...