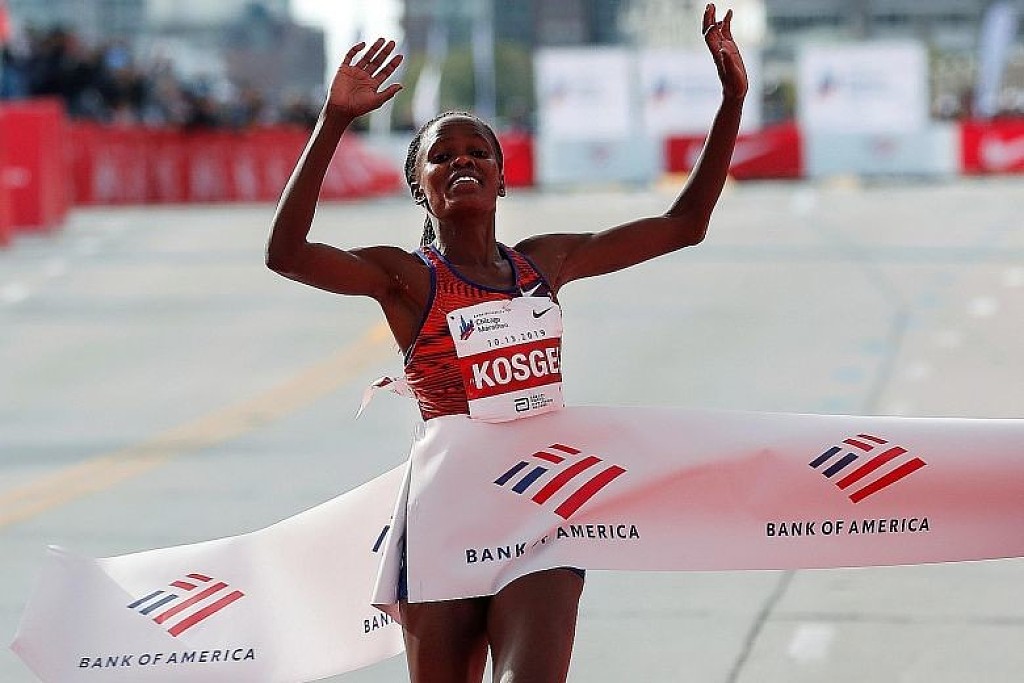 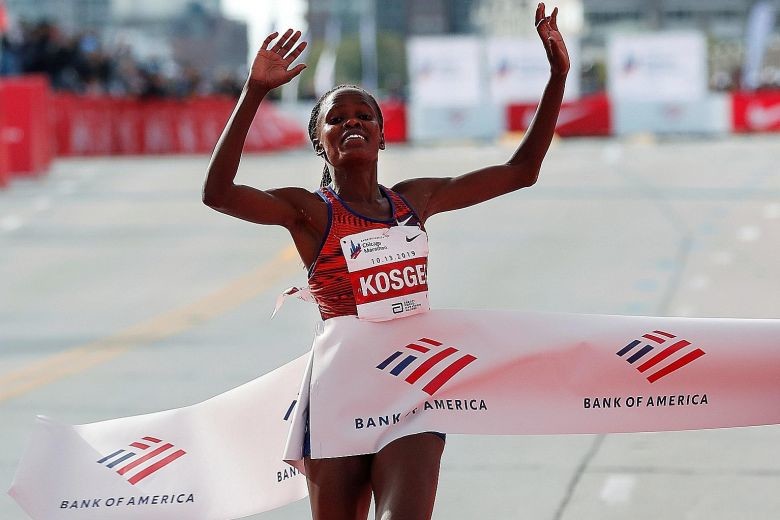 Brigid Kosgei says that Eliud Kipchoge inspires her to greatness

The day after Kenya's Eliud Kipchoge became the first to run a marathon in under two hours, Brigid Kosgei showed her country's dominance in distance running by setting a world record in retaining her Chicago Marathon title.

She finished with an unofficial time of 2hr 14min 4sec, shattering the 2:15:25 mark set by Britain's Paula Radcliffe in the 2003 London Marathon by more than a minute.

Sunday's display capped an unbelievable weekend for marathon running, with Kipchoge breaking the two-hour barrier in a special event in Vienna designed to show that a sub two-hour mark was possible despite the time not recognised as a world record as it was on a specially prepared course. 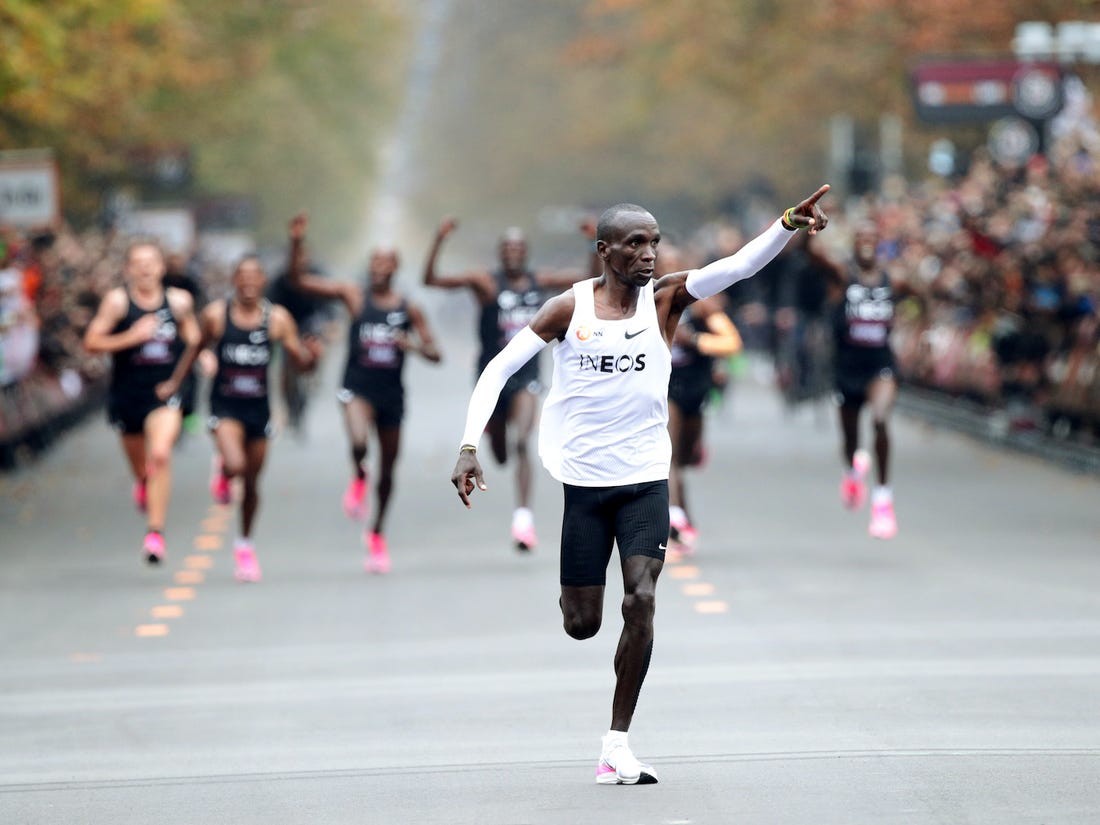 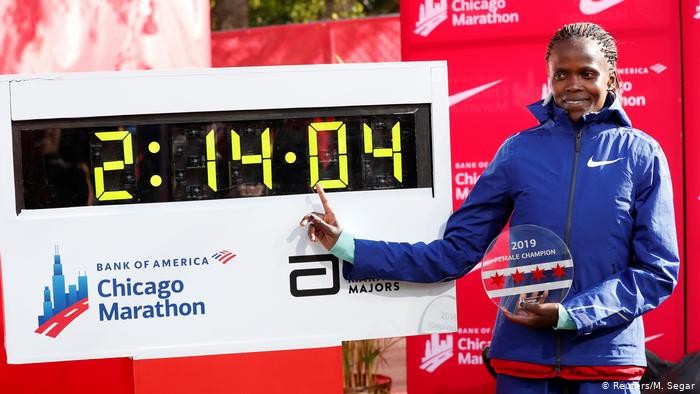 Kosgei also revealed that her compatriot's feat had inspired her to "be the second Kipchoge - the Kipchoge for women".

"They (spectators) were cheering, cheering and I got more energy to keep faster. I was not expecting this," she said. "I was expecting to run 2:16 or 2:17. It's amazing to run 2:14, but the world record was in my head. When I started the race, I was thinking I need 2:15 for Paula's record.

"I don't know how to explain how it feels to run a world record. I am so happy."

Radcliffe, who posed for photos with Kosgei later, admitted that she always knew the time would come when the record would be broken.

"When I saw how fast Brigid was running in the first half of the race, I knew that she had a good chance of getting the record," the four-time Olympian added. "I've always said 17 is my lucky number and it was exactly 17 years ago to the day that I set my first world record here in Chicago."

And like any true competitor, Kosgei does not plan to coast on her latest accomplishment as she believes "if a lady can prepare good and they have no injury... they can reduce to reduce to 2:12 or 2:13".

Making it clear that her sole goal was to get even faster, the youngest winner of the London Marathon said: "I'm still focusing to reduce my time again - if it's possible. If my body would be good, (I can) reduce little by little, slowly."