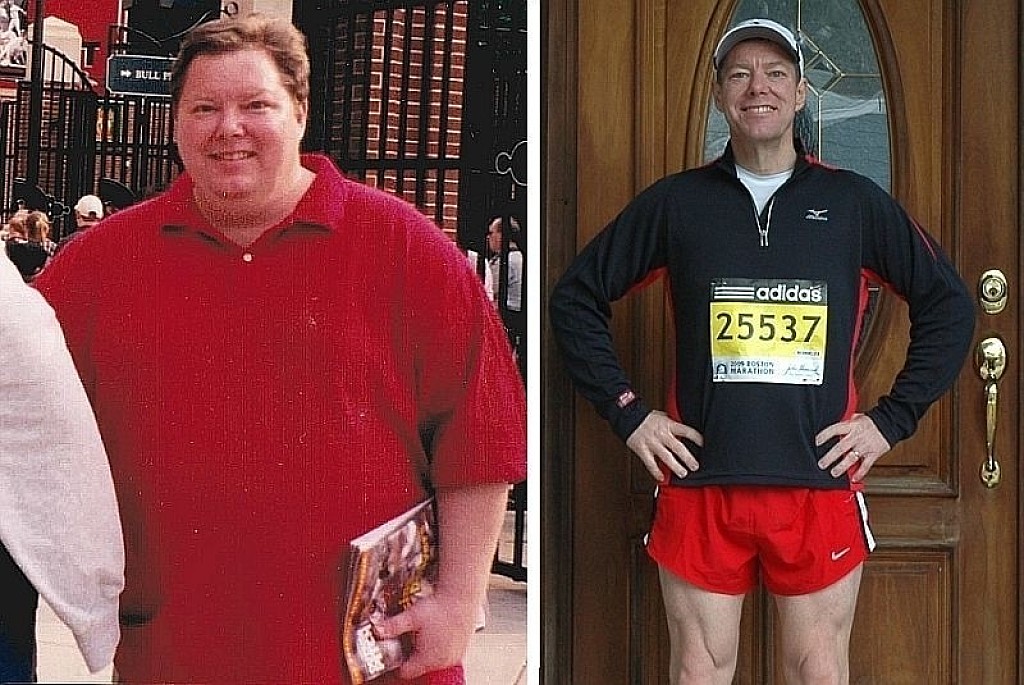 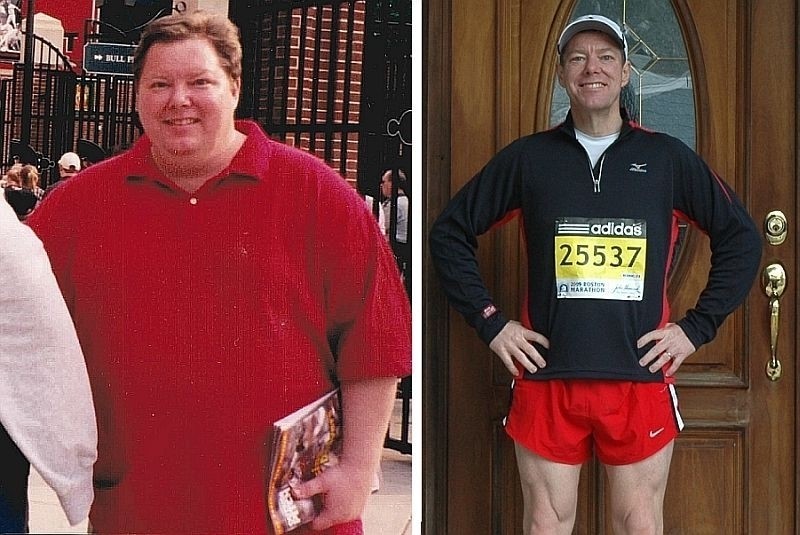 Global Run Challenge Profile: When Roger Wright was 47 he weighed 300 pounds and then he decided to run the Boston Marathon

RUN THE WORLD:  Roger Wright's father ran the 1969 Boston Marathon when Roger was seven."  When I turned 47, even though I could only run 10 yards, I set a goal of running the 2009 Boston Marathon," says Roger.  Starting around the age of 10 or 11 he discovered that he was fat. "As my age increased, so did my weight and by the time I reached 40, I was over 300 lbs at 5'6" tall," he says.  "I tried everything to lose weight (diets, going to a gym, weight watchers, etc) but didn't have the discipline to stay with it. My doctor suggested surgery but fortunately I decided against it at the last minute." Ten months after setting the goal to run Boston he lost 120 pounds and ran all 26.2 miles of Boston "without walking one step."  Two days before the marathon he made a Cystic Fibrosis (a disease his niece Julia suffers from) fund raising video.  "The video got reposted/renamed "The Most Inspiring Video You Will Ever Watch" and ended up going viral (9 millions views right now) and people started recognizing me. I happened to see Meb Keflezighi at the 2013 Boston Marathon expo, he looked at me and said "I know you! You're the guy from the video!". I still smile thinking about that, and everyone else who has reached out and thanked me for being an inspiration," says Roger.  This recognition has helped him keep his weight in check.  "If I put the weight back on," says Roger, "I fear people might use me as an excuse to never start losing weight so I continue to run marathons all over the world (58 full marathons in nine years) to set a positive example that you can change and make it permanent."  Why did Roger join this challenge? "Like a marathon, I constantly seek out challenges to stay in shape and push myself harder. For the Run The World Challenge, I gave Bob a commitment of 35 miles per week. Being a part of the team pushes me harder and so far I have maintained an average of 50 miles per week. When I decided to change my life 10 years ago, it was incredibly hard, but each day I push myself a little harder to maybe make a small difference while I can," says Roger.                                      (07/23/2018) ⚡AMP
by Bob Anderson