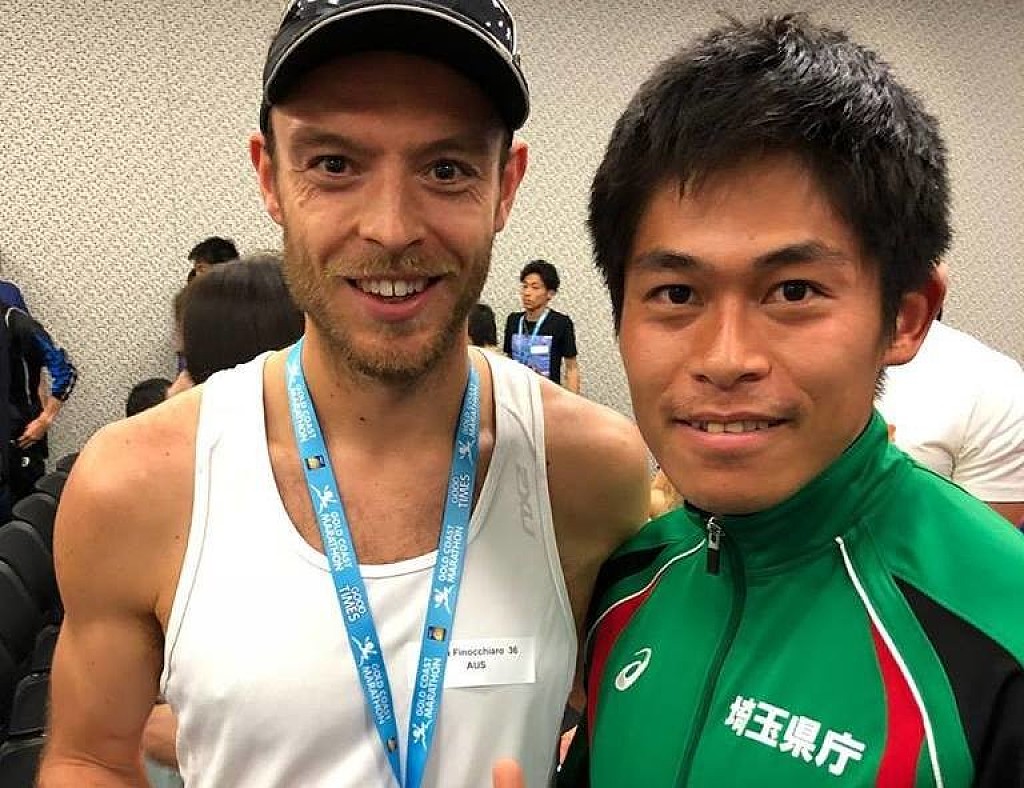 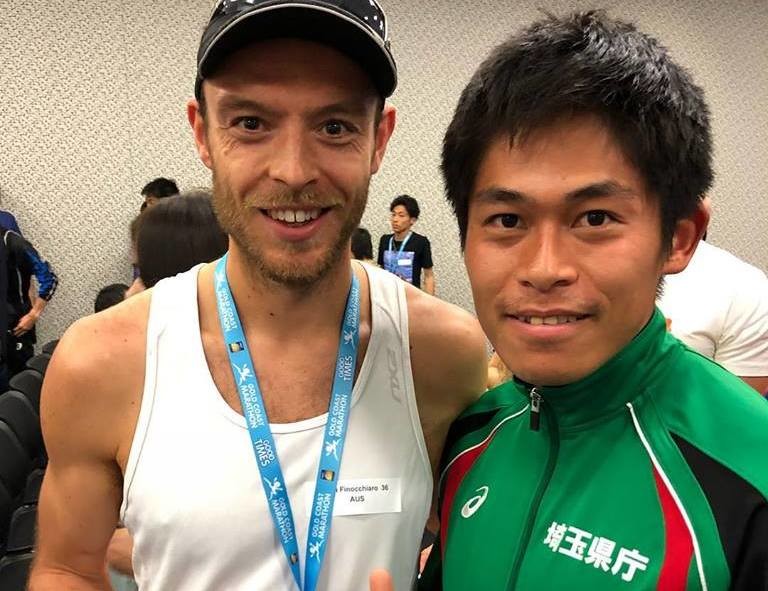 What happend to Yuki Kawauchi? He did run his 80th sub 2:20 marathon at the Gold Coast!

It was hot and humid at the Gold Coast Marathon (Australia) July 1.  It was 65 degrees with 100% humidity.  Not the best conditions for running a marathon.  Yuki Kawauchi said,  "I could not run well."

(Photo: Yuki with fan/marathoner Dion Finocchiaro.  Dion ran 2:24:36 a PR for him.  Maybe meeting Yuki gave him that extra push?)

Yuki's next marathon is going to be the New Caledonia International Marathon August 26.  Their site says, "This is an Olympic-level world-class marathon as runners battle for victory along a spectacularly scenic route winding around Noumea's bays."

Yuki posted on Facebook, "This race is my important memorial marathon.Because this race was my first oversea race. If I didn't run this race 10 years ago, I might not run oversea races like now.

I want to build a course record."  Where is this marathon?  Their site says, "Surrounded by the vast expanse of the South Pacific, New Caledonia, with a surface area of 18,564 km², lies to the east of Australia and south of the thousands of islands and archipelagos making up Melanesia and Micronesia."