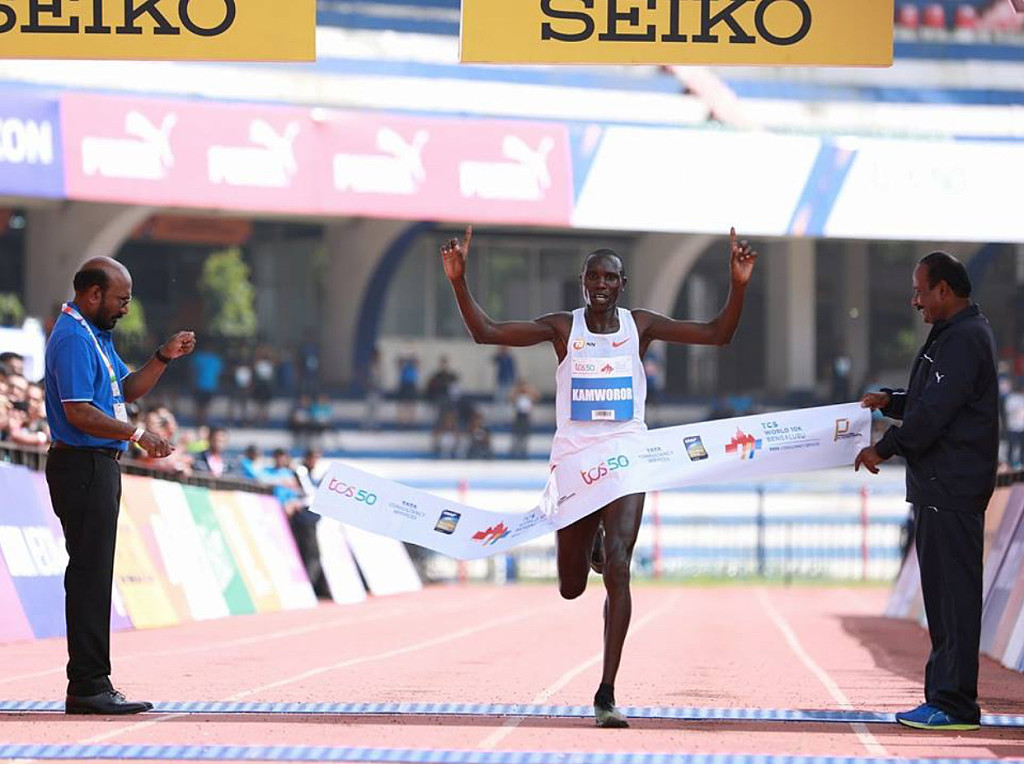 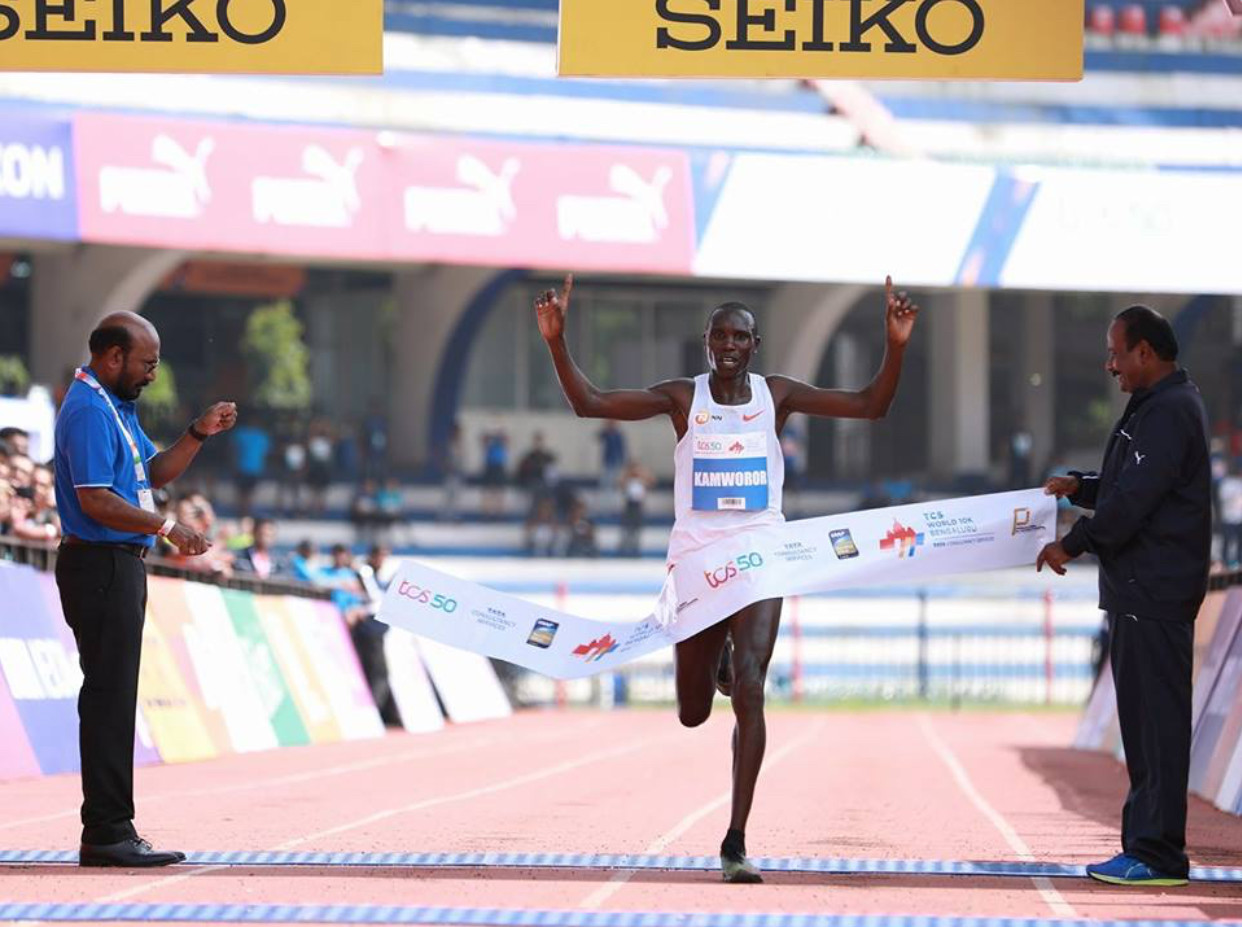 Geoffrey Kamworor fulfilled all expectations and consolidated his reputation as arguably the best road racer in the world below the marathon distance by winning his third title at the TCS World 10K in Bengaluru, India, an IAAF Gold Label road race, on Sunday May 27.  The Kenyan, the winner of the last two world half marathon titles and first man across the line in Bengaluru in 2012 and 2014, couldn’t challenge his course record of 27:44 on a hot and humid morning but crossed the line in 28:18 after impressively imposing his authority on the race just after the halfway point. Kamworor led during the early stages of the race almost from the gun as the rest of the leading pack ran in single or double file behind him through the first five kilometres, with only his compatriot and defending champion Alex Korio helping with the pace.  A few strides after the halfway point was passed in 14:28 – making it almost certain that the course record would not fall this year – Kamworor suddenly went through the gears. Only Ethiopia’s 2018 Birhanu Legese opted to go with Kamworor as he strode away from the rest of the elite field, throwing in two back-to-back kilometres of 2:42 to reach 6km in 17:10 and 7km in 19:52. However, in the eighth kilometre Legese had to toss in the towel and by the 8km mark was 50 metres adrift with another 100 metres back to a four-man group consisting of Korio, his fellow Kenyan Edwin Kiptoo, Ethiopia’s 2018 Dubai Marathon winner Mosinet Geremew and Bahrain’s IAAF World Half Marathon Championships Valencia 2018 silver medallist Abraham Cheroben.  Kamworor kept up his relentless pace and deservedly took the plaudits in front of a packed and raucous audience in the Kanteerava Stadium to continue his unbeaten streak which started with his win at the New York City Marathon last November and has continued through his four outings in 2018. “I think we were all cautious about the weather in the first half of the race. It was very hot, and I think that’s what cost me the course record. I came here thinking about the course record and tried the best I could, but I could feel the temperature rising as I was warming up. I was jogging for just three minutes before starting to sweat,” reflected a smiling Kamworor. (05/27/2018) ⚡AMP