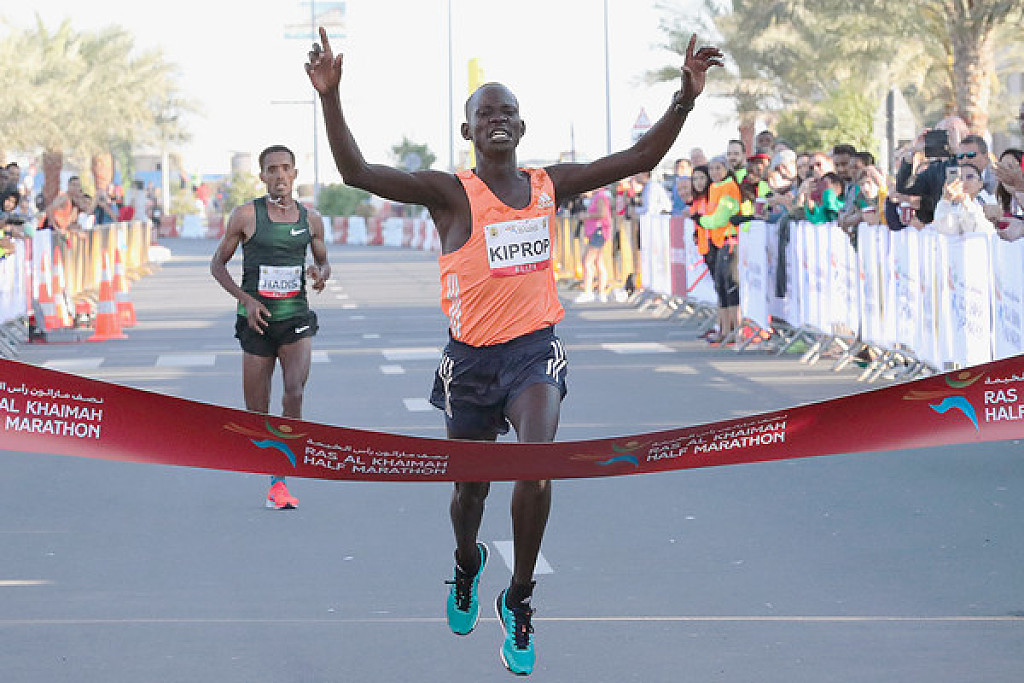 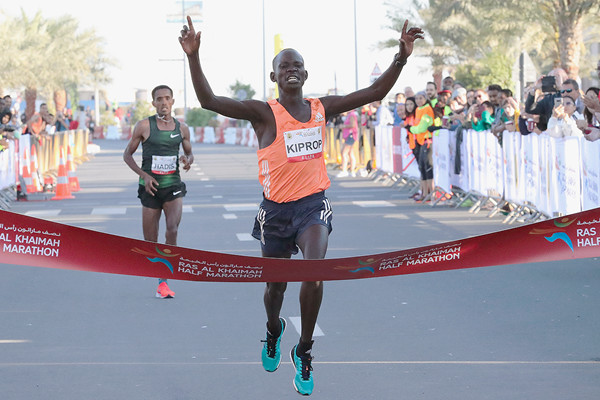 Kenya's 19-year-old Stephen Kiprop won the Ras Al Khaimah (RAK) half marathon on Friday in a course record-equalling 58 minutes and 42 seconds, the fastest time ever recorded by a teenager.

Ethiopians Abadi Hadis and Fikadu Haftu completed the podium and Switzerland's Julien Wanders was fourth in a time of 59:13, a Swiss national record.  This also beats Mo Farah’s European record of 59:32.

Hadis led Kiprop until the final 50 meters of the race before the young Kenyan powered past him to finish two seconds ahead.

The race lived up to its billing of being the world's fastest half marathon as 11 men finished inside an hour, the first time it has happened in half-marathon history.  Five women finished under 1:06:30 which makes RAK the fastest women’s race ever too.

Kenya’s Stephen Kiprop continued where he left off last year by winning the Ras Al Khaimah Half Marathon on Friday Feb 8 in an equal course record of 58:42, moving to joint sixth on the world all-time list. In a close women’s race, Senbere Teferi won in 1:05:45, the fastest debut half marathon time in history, with just one second separating the top three finishers. 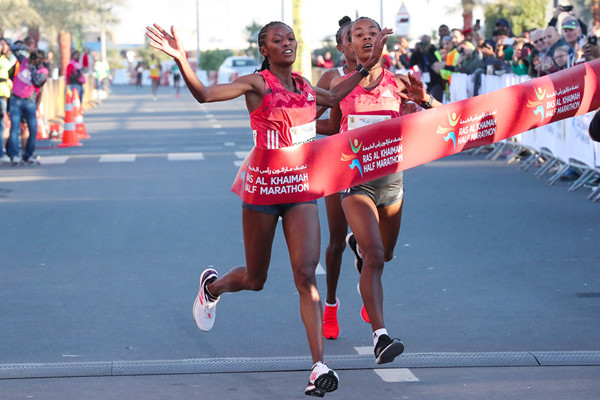 The men’s field got off to a steady start with a large lead group passing through five kilometres in 14:13 and 10 kilometres in 28:10. 15 men were still in the front pack at that stage, all operating well within the required schedule for a sub-60-minute finish.

The pace continued to increase, though, and by 15 kilometres – reached in 41:48 – Kiprop and Ethiopia’s Abadi Hadis had broken away from the rest of the pack. Ethiopia’s Fikadu Haftu, Switzerland’s Julien Wanders and Kenya’s Morris Gachanga formed a chase trio about eight seconds adrift of the leaders.

Hadis and Kiprop gradually increased their lead in the closing stages. After passing 20 kilometres in 55:46, it became clear they could challenge Bedan Karoki’s course record of 58:42 set last year. Haftu and Wanders, meanwhile, had dropped Gachanga by this point and were 17 seconds behind the lead duo with a larger chasing pack not too far behind.

Kiprop, still just 19 years of age, proved to have the stronger finish and outkicked Hadis to win in 58:42, the fastest time in history by a teenager. It was another big step forward for Kiprop, who first broke through last year when winning the Venloop Half Marathon in 59:44 on his debut at the distance. He went on to win the Usti Nad Labem Half Marathon in 59:41 and reduced his PB to 59:21 when finishing fifth in Valencia.

In the women's race, Ethiopia's Senbere Teferi won in 1:05:45, ahead of compatriots Netsanet Gudeta and Zeineba Yimer, with only one second separating all three runners.

Teferi also set a record for the fastest debut time in a half marathon.