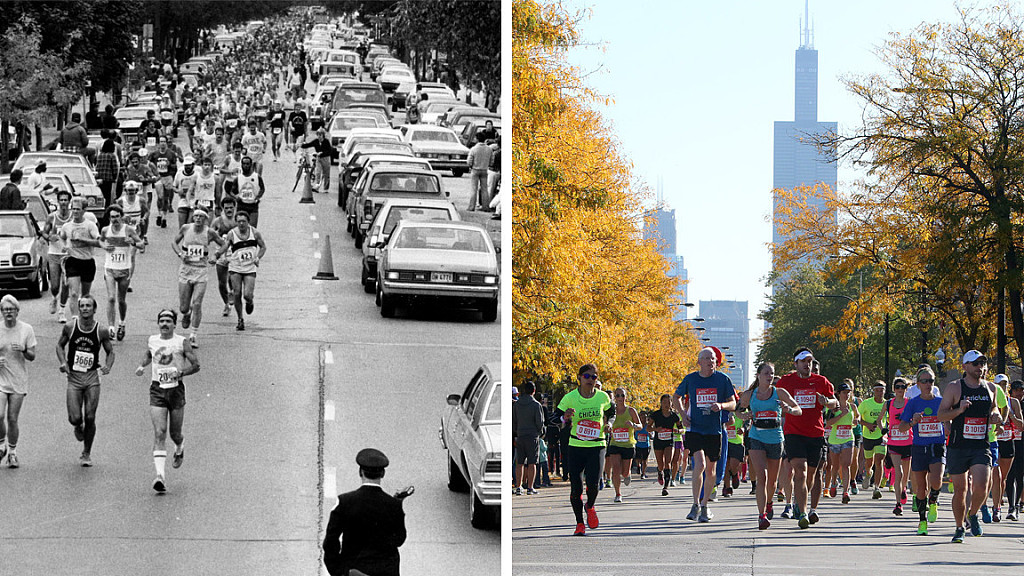 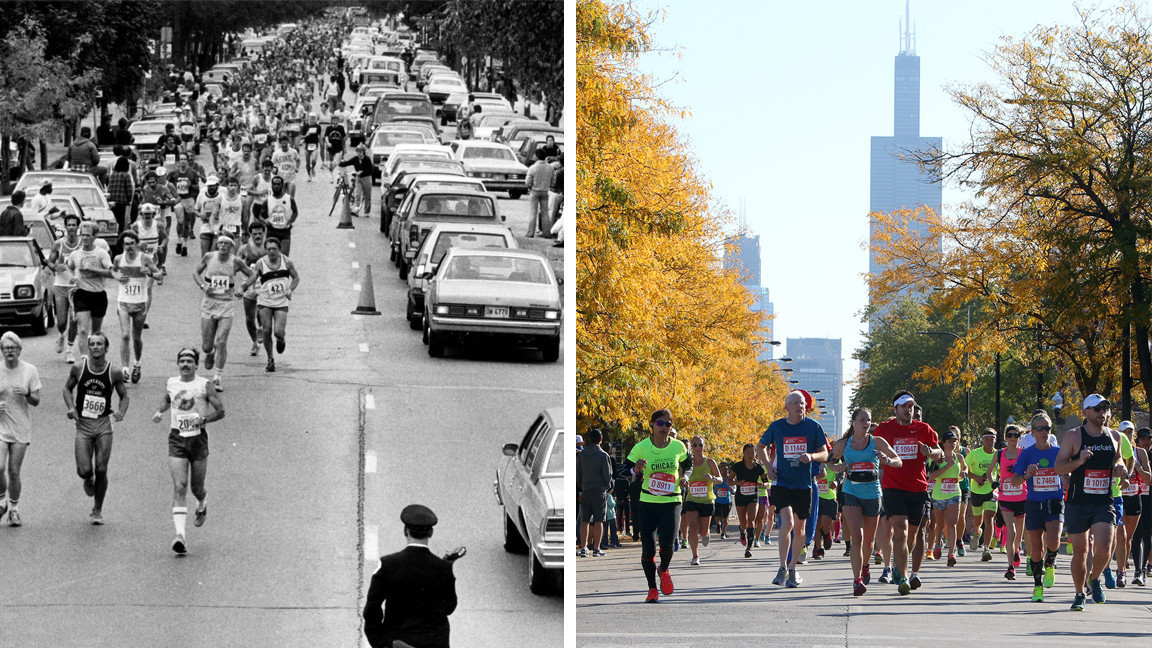 The annual marathon in Chicago is one of the biggest and most competitive marathons in the world, but in its early years, the event was a far cry from the glamorous and star-studded race it is today. Held on Sept. 25, 1977, Chicago’s first modern-day race was originally named the Mayor Daley Marathon. It drew some 4,200 participants who paid $5 to run in the inaugural event—which got off to a rocky start when a ceremonial cannon misfired, injuring two spectators. Meanwhile, the race’s top marathoners struggled to get around slower runners on the out-and-back course. These days, race officials and lead vehicles clear the way for the fastest runners, but that wasn’t the case four decades ago. The men’s winner Dan Cloeter recalled in a 2002 Chicago Tribune article. In 1978, organizers changed the start time from 8 a.m. to 10:30 a.m. and doubled the entry fee to $10, prompting uproar from runners. To protest the changes, many wore black armbands on race day. Concern about the later start and warm temperatures rang true when scores of runners wound up being treated for heat-related illnesses. The next year, organizers moved the marathon to October when the weather is typically cooler. But race day turned out to be hot and humid, and Cloeter, the 1977 champion, collapsed from dehydration after winning the race a second time. The race gained prominence in 1982 when organizers began awarding prize money to the men’s and women’s champions, who each took home $12,000 that year. One of the most exciting performances in the event’s history came in 1985 from American Joan Benoit Samuelson. Not only did the 1984 Olympic marathon gold medalist win and beat the marathon world record-holder at the time, she also set an American and course record in The Windy City. But the marathon would soon face hard times. In 1987, after losing its title sponsor, Beatrice Foods, the event was changed to a half marathon. The marathon returned the next year with Old Style, a beer brewing company, as its new financial supporter, but that relationship would fizzle out by 1990. The event lost its key sponsor, but gained a new race director. At 33, Carey Pinkowski took the helm of the struggling race in 1990, making him the youngest marathon director in the U.S. at the time. Pinkowski, 61, has been the race director ever since. The race also attracted the world’s best marathoners, including Khalid Khannouchi, who would win the race four times with record-breaking performances between 1997 and 2002. Great Britain’s Paula Radcliffe would also deliver a stellar performance that year, running 2:17:18 to smash the women’s world marathon record and win the race.  Fast forward, this year's race could produce the fastest marathon time run on US soil this year.  A sub 2:06 is very possible depending on the weather.  US's Galen Rupp (last year's winner) is set to battle some of the best runners in the world including Mo Farah.   (09/26/2018) ⚡AMP