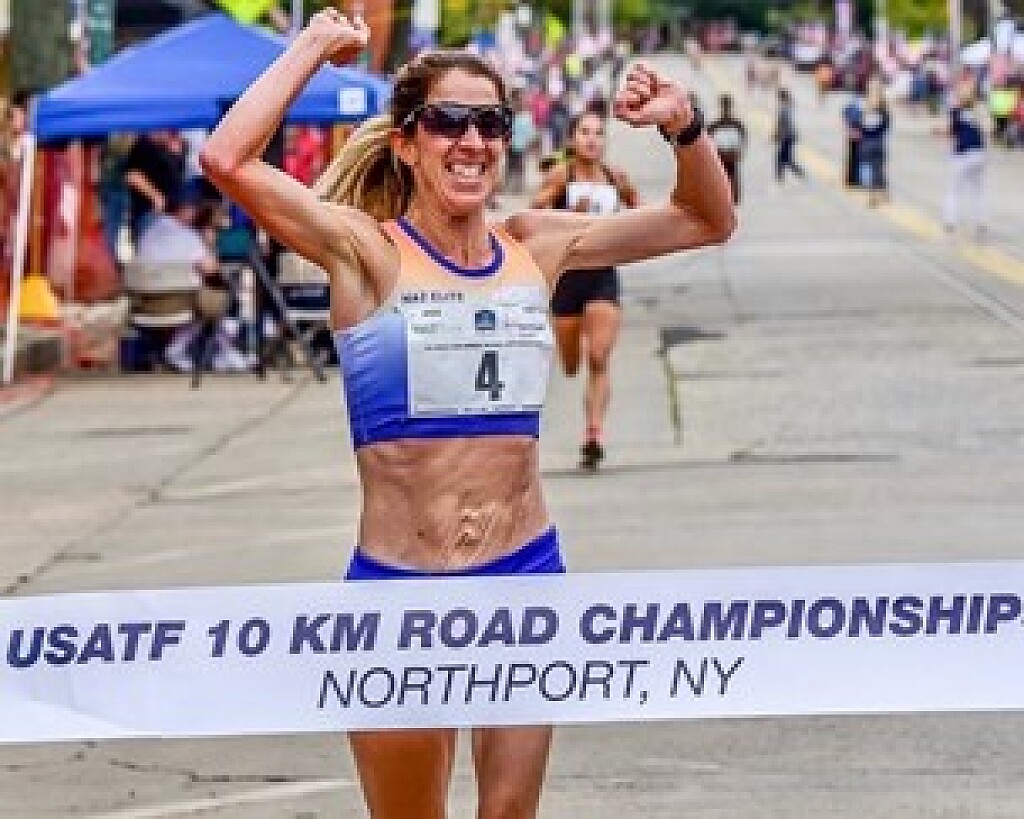 Abbabiya Simbassa ran an incredible final mile on the men’s side, while Stephanie Bruce used a furious kick to the finish in the women’s race, both claiming victory Saturday morning in Northport, New York at the USATF 10 km Road Championships presented by Toyota.

The USATF 10 km Road Championships was the ninth stop on the 2022 USATF Running Circuit presented by Toyota. 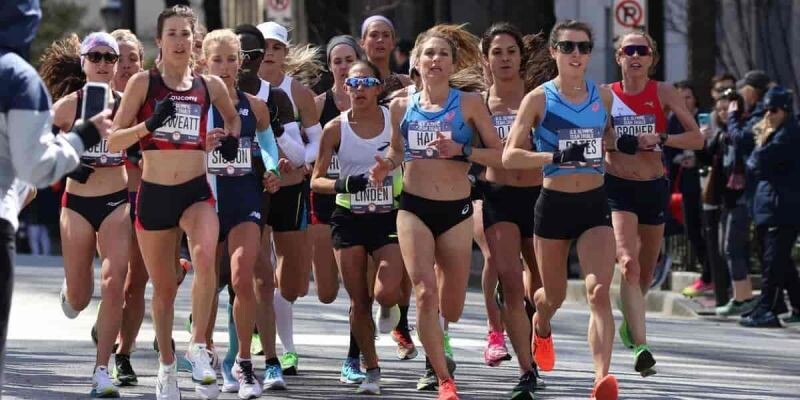 As the starting cannon sounded, the men’s field immediately strung out along the streets of Northport, with Jacob Thomson pushing the pace and taking over the early lead. The honest early pace kept the front pack small, with Thomson being joined by Sam Chelanga, Simbassa, and Korir, with a few second gap back to the rest of the field. With the halfway point in sight, Thomson opened a small lead over the rest of the lead quartet, passing through the 5 km mark in 14:21 and earning a half-way bonus.

Chelanga and Simbassa passed through two seconds back in 14:23, with Korir coming through 5 km in 14:27. Thomson would fall off pace shortly after halfway, with Simbassa and Chelanga taking over the pacing duties and pushing the pace over the next mile.

Korir sat just behind in third. With less than two miles to go, Simbassa pushed the pace and opened an immediate gap on Korir and Chelanga. Simbassa continued to push over the next mile, opening a nearly 20-second lead heading into the final mile of the race.

Over the final mile, Simbassa maintained both pace and form, extending his lead ever so slightly, on his way to claiming his third USATF Running Circuit title, crossing the finish line in 28:12, a new course record. Behind Simbassa, Korir and Chelanga waged an epic kick to the finish, with Korir pulling ahead by a step in the final meters to claim second overall in 28:34, while Chelanga placed third in 28:35.

Dillon Maggard, Futsum Zienasellassie, and Tai Dinger ran much of the race together Saturday, but in the end, it was Maggard pulling away in the final mile to claim fourth in 28:45. Zienasellassie earned another top-five finish on the USATF Running Circuit season with his fifth-place effort in 28:55, while Dinger finished a second behind in sixth in 28:56. Geoffrey Kipchumba claimed seventh overall in 29:00. Thomson slid back to eighth overall in 29:19. Ryan Kutch and Brian Barraza rounded out the top ten in 29:28 and 29:34. 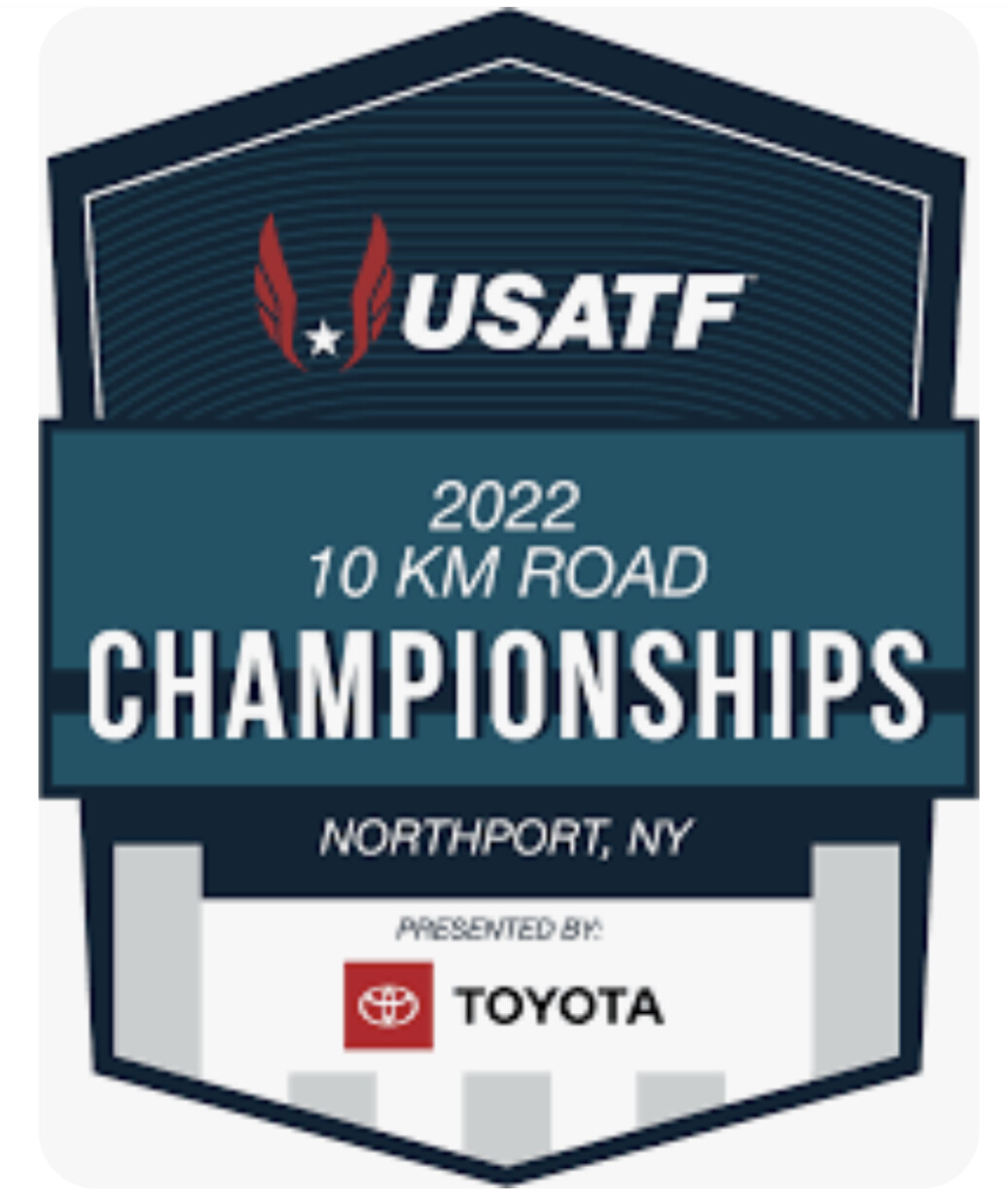 With Korir’s runner-up finish, his second of the USATF Running Circuit season, he elevated himself to an even more dominant first-place standing, with a 104 point total. Zienasellassie’s fifth-place effort added another six points to his standings total, giving him 56.5, sitting in second place overall. Chelanga’s third-place finish moved up into third place overall in the standings with 42 points.

Early in the women’s race, a pack of four women pulled away from the field, establishing a pace that no one else could manage. Bruce, Annie Frisbie, Nell Rojas, and Ednah Kurgat formed a tight pack and worked with one another along the streets of Northport.

The quartet came through the halfway point mark in 16:05, all four looking strong and able to handle the fast pace. Little changed among the top four until the final mile and a half, when Kurgat started to dip off the back of the pace, while the other three charged ahead, seemingly only a matter of time before someone made a move to try and break open the race.

Over the final mile, Bruce charged to the lead, ramping up the pace, a move that would prove decisive. Bruce pulled away from Rojas, Frisbie, and Kurgat, and never looked back, raising her arms as she crossed the line while earning her second USATF 10 km Road title and her third USATF Running Circuit victory of her career.

Bruce finished first in 31:52, while also breaking the course record. Rojas was able to break free of Frisbie and Kurgat in the final 800m to place second in 31:56, while Frisbie finished two seconds back in 31:58 and Kurgat seven seconds back in 32:03, as the two placed third and fourth, respectively.

With her runner-up effort, Rojas added 12 more points to her USATF Running Circuit standings total, giving her 33 points overall. That addition moves Rojas up into sole position of third overall, a half point ahead of Aliphine Tuliamuk, but still well behind USATF Running Circuit standings leaders Emily Sisson and Keira D’Amato, who are tied for first with 55.5 points.

After the top four women, there was a race for fifth happening over the back half of Saturday’s contest. In the end it was Emma Hurley pulling away from the field in the final mile, racing to a fifth-place finish in 32:49. Hurley finished just ahead of Amy Davis and Molly Grabill, who ran to sixth and seventh place finishes in 32:52 and 32:54. Erika Kemp, who owned the previous course record, placed eighth overall in 32:59. Carrie Verdon took home ninth place in 33:05 and Anne-Marie Blaney earned tenth in 33:21.

Next up on the USATF Running Circuit is the USATF 10 Mile Championships presented by Toyota, which take place on Sunday, October 2 in Minneapolis, hosted by the Medtronic TC 10 Mile.