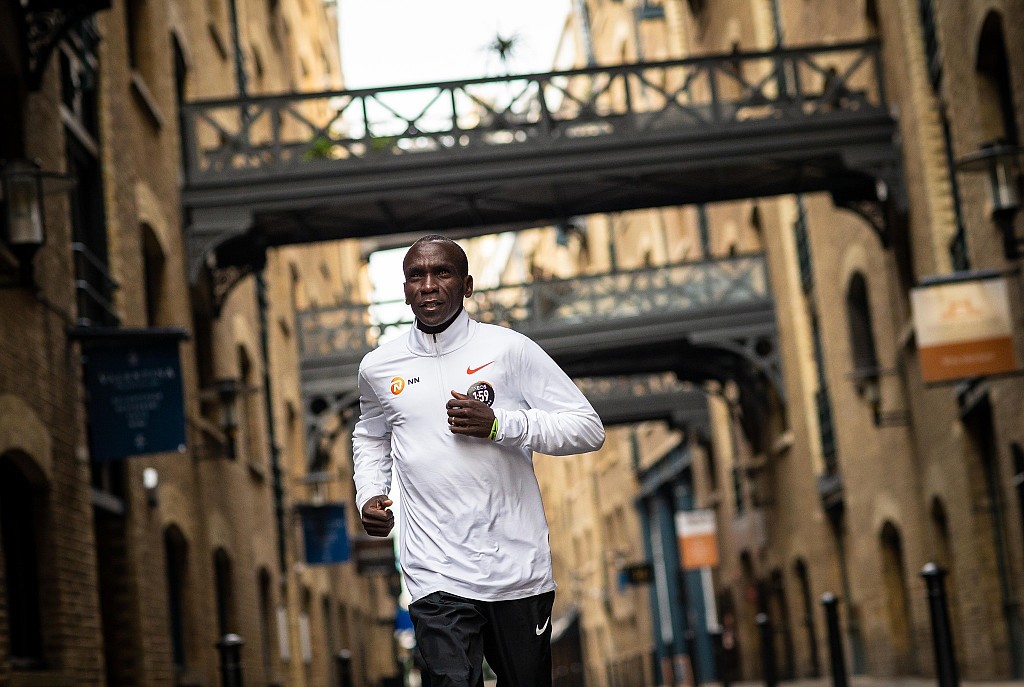 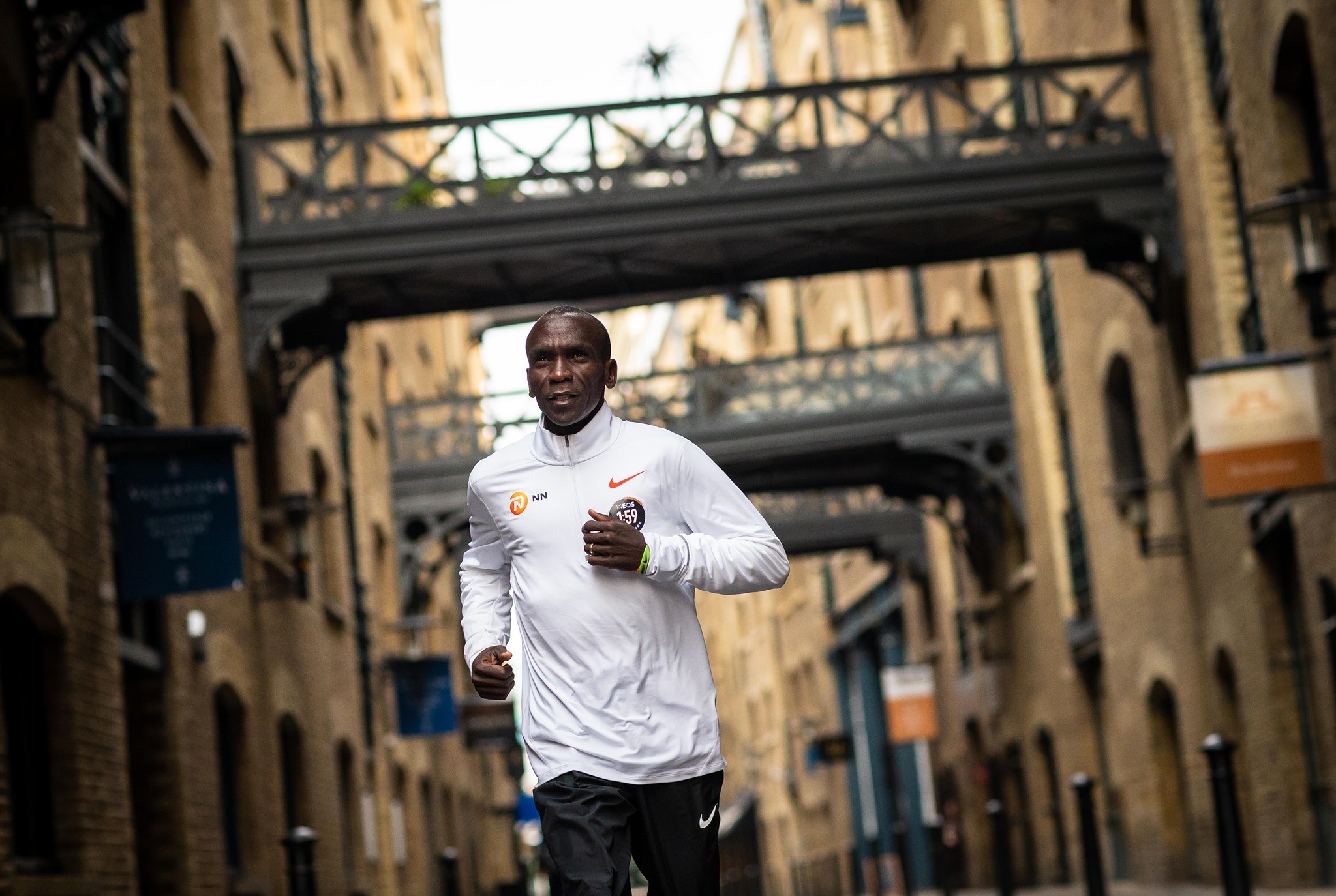 Dubbed the INEOS 1:59 Challenge, this race against the clock -- to be staged in late September or early October -- is being backed by Britain's richest man Jim Ratcliffe, the billionaire owner of chemical firm INEOS, which recently purchased British Cycling's Team Sky.

"It's human nature to push boundaries," said the INEOS 1:59 Challenge website. "The drive to learn and achieve more is in our DNA. In Autumn this year Eliud Kipchoge, with support from INEOS, plans to redefine the limits of human achievement by breaking the last great barrier of modern athletics -- the two-hour marathon."

Last week Ratcliffe and INEOS were accused by environmental protesters of "sportswashing" -- using sport to enhance reputation -- an accusation the Briton completely rejects.

Speaking to reporters ahead of cycling's Tour de Yorkshire, Ratcliffe took aim at those who criticized his company's fracking project, claiming the majority of environmental groups he has met are "ignorant" of the process, adding it remains a cheap source of energy.

Current world record holder Kipchoge recorded a time of 2:00.25 during a similar event at Monza -- home of the Formula One Italian Grand Prix -- in 2017 wasn't recognized as a world record as it did not adhere to the rules laid out by athletics' governing body, the IAAF, notably in the way he was helped by "in-out" pacemakers. The London attempt will also not be ratified.

The 34-year-old Kenyan set a new record time for the London marathon earlier this month as he claimed a fourth triumph in the event -- a record for a male athlete.

His time of two hours, two minutes and 37 seconds was the second fastest marathon of all time -- just behind his own world record of two hours, one minute and 39 seconds which was recorded in Berlin in September 2018.

"This would really surpass everything because this will go in the history as far as the human family is concerned," Kipchoge told reporters ahead of Monday's event launch, which took place 65 years to the day since Britain's Roger Bannister became the first man to break the four minute mile. 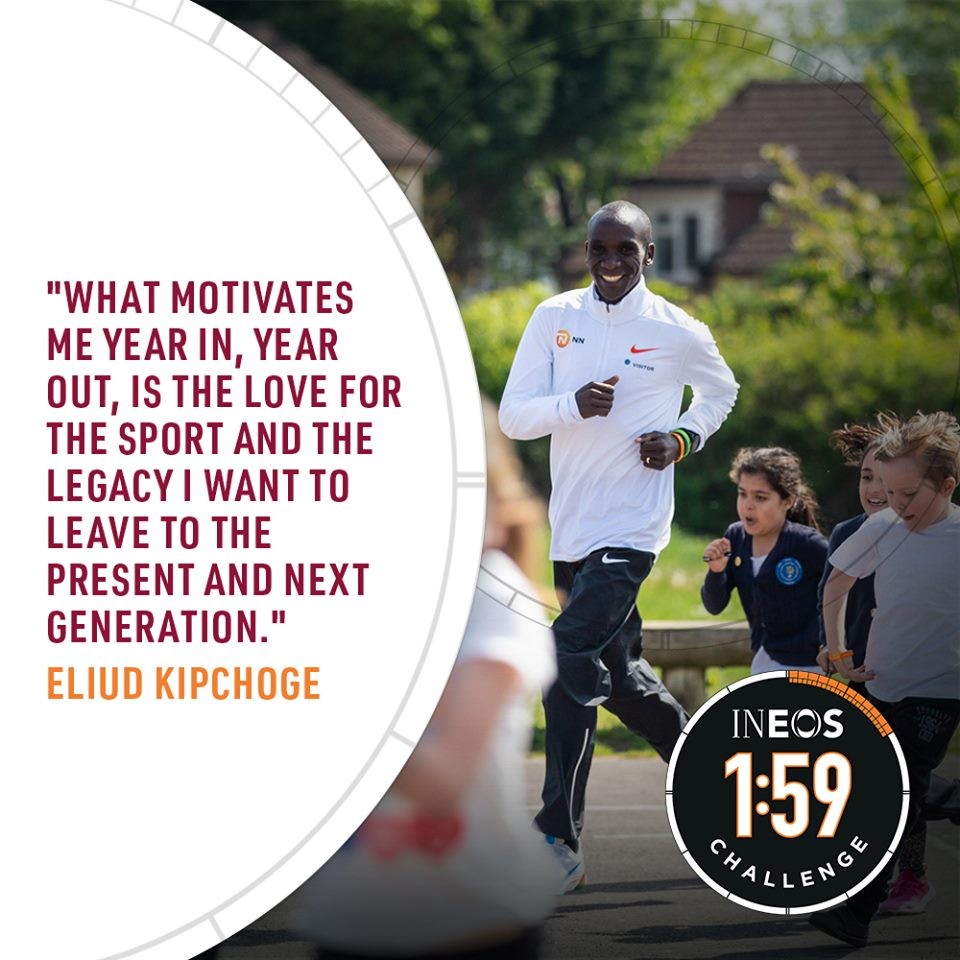 According to reports, Kipchoge's attempt in London will use a number of pacemakers who run laps, while dipping in and out of the action, in order to maintain the astonishing pace of two minutes, 50 seconds per kilometer needed to go under two hours.

"It is not about recognition or ratification but to make history and to pass on a message that no human is limited. Running the fastest-ever marathon of 2:00.25 was the proudest moment of my career," added Kipchoge.

Ratcliffe also had to defend INEOS over its use of plastics after its acquisition of Team Sky, which had been leading a campaign against single-use plastics and Ocean Rescue campaign.

"We've spent 30 years working on the INEOS project and made it very large and very profitable," Ratcliffe said.

"We make $5-7 billion a year in profit so there's no harm in investing a modest amount of that into very worthy sporting endeavors which we enjoy. 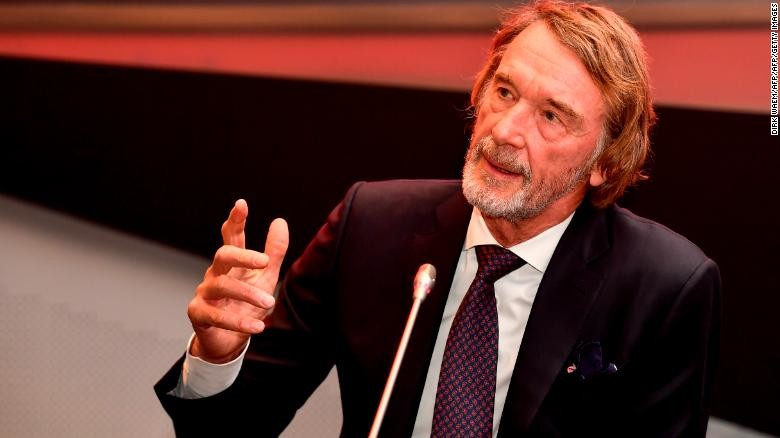 "If they inspire people towards a healthier lifestyle, that's a good thing but there's also nothing wrong in investing money in something simply enjoyable. I like the theatre, I like opera. But I prefer sport."

Ratcliffe, a keen cyclist and a well known running enthusiast, also sponsors children's running charities, GO Run For Fun and The Daily Mile, with the aim of getting more young people into the sport.

"I was in the pace car in front of Eliud for the London Marathon and he was looking very serene and comfortable. He's still getting better.

"Eliud is the finest marathon runner there has ever been and I think it will be very inspirational, to get kids putting running shoes on.

"It would be an extraordinary achievement. It's almost super-human, isn't it really? To break two hours in a marathon is quite unthinkable."