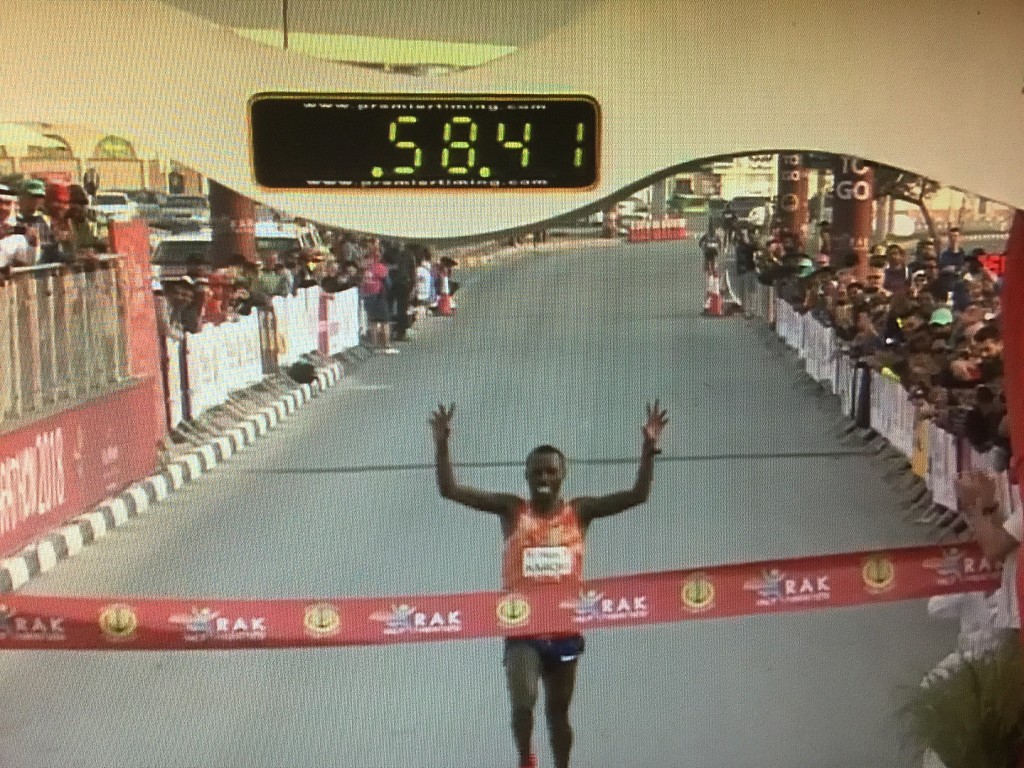 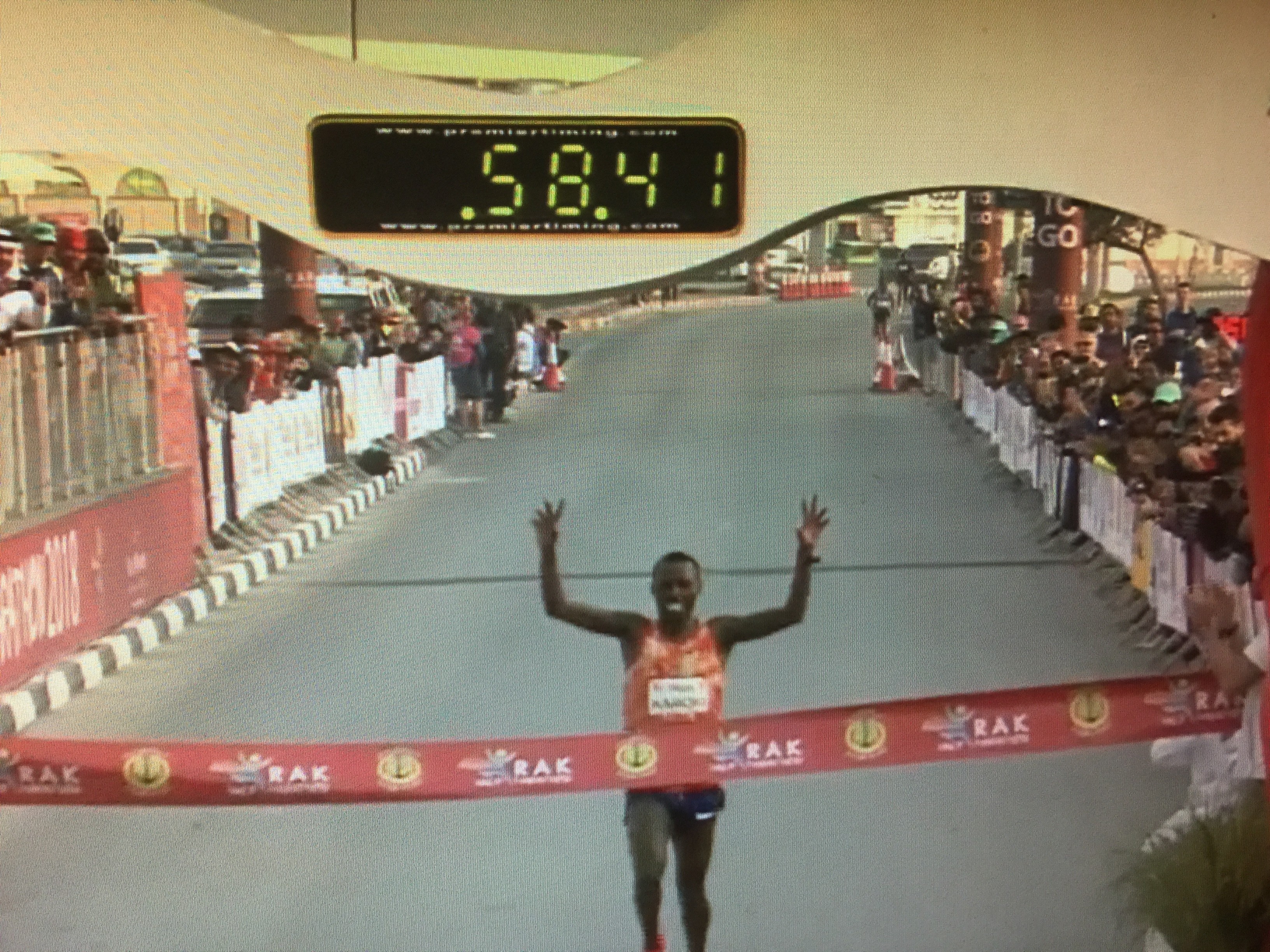 Half Marathon World Records were just missed by seconds at RAK

The RAK Half Marathon in UAE delivered. In the women's race Fancy Chemutai from Kenya just missed the world record by two seconds. She ran 1:04:53 just beating out Mary Keitany (1:04:55) and Caroline Kipkirui was third in 1:05:07. In the men's race Kenya's Bedan Karoki set a new course record in 58:42, just 19 seconds off the world record. In second running his first half was Jemal Yimer from Ethiopia (59:00) and third was Alex Kibet 59:06. Seven men broke one hour. RAK indeed delivered. (02/08/2018) ⚡AMP
Fast Half Marathons