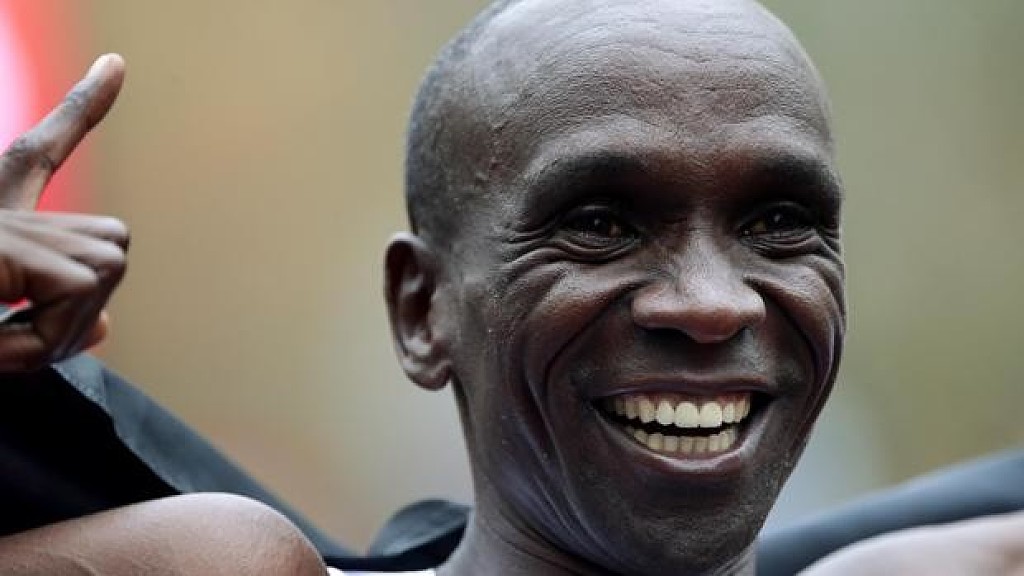 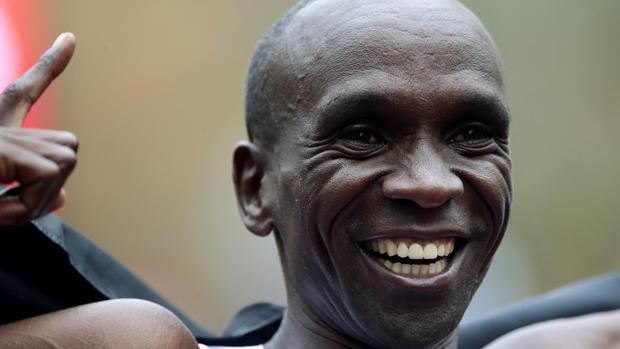 Well that's exactly what happened this weekend as normal people across the world ran with Olympic champions in the 'Run as One' worldwide virtual relay marathon.

Teams of four completed a marathon by running 10.5k each, and just by entering you were in with a chance to run alongside some of the biggest names in sport. 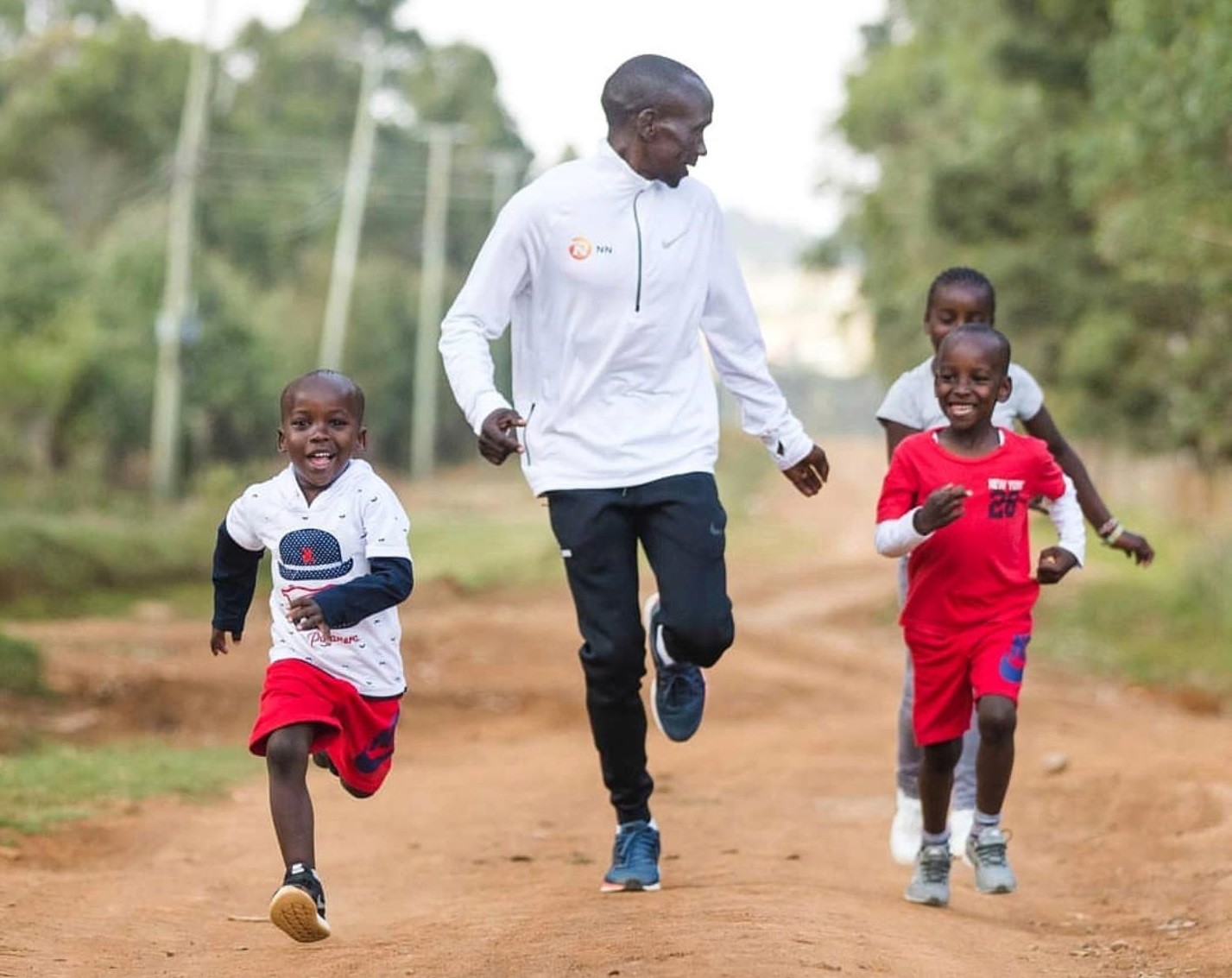 The event was organised by NN Running Team, an international team of elite long-distance runners managed by a company in the Netherlands. 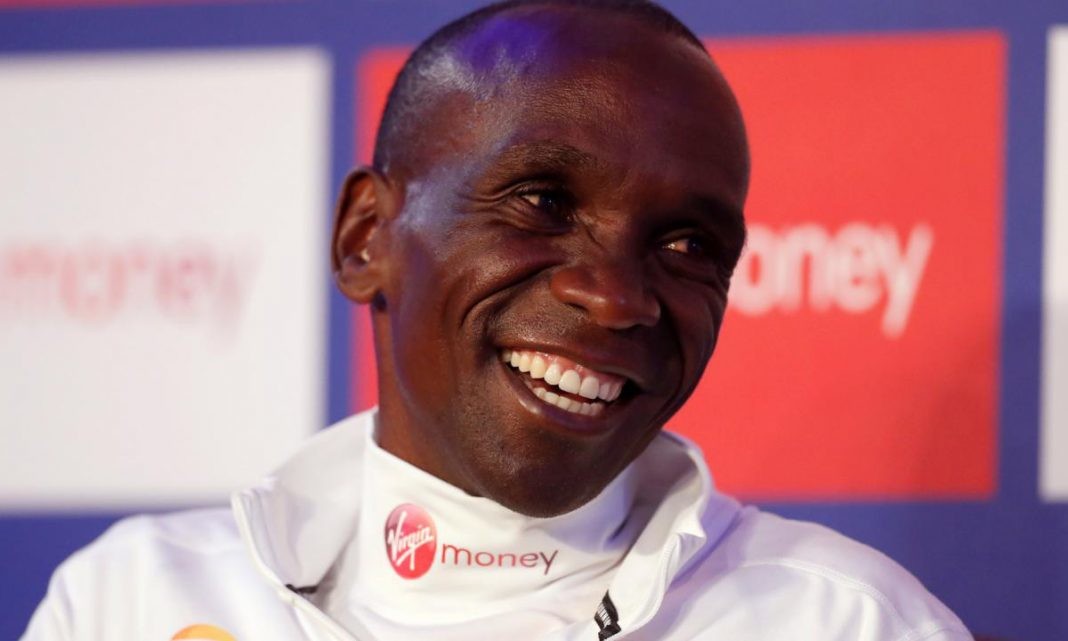 The Kenyan ran 10.5k in 31:28 seconds, not the fastest time on the leaderboard, but this event was about much more than running fastest or coming first.

"It makes me incredibly happy to see the world running as one this weekend," said Kipchoge the day before his run.

"Today I ran for my Brazilian team," he posted on Instagram after his 10.5km run, "but together we have all run as one. Runners from all over the world have joined us and showed how ours is a running world."

"Good luck everybody who is taking part today," said Kipchoge as he signed off on Sunday with many more runners still to come.

Another world-record holder and three-time Olympic champion Kenenisa Bekele ran with Joris, Stephen, Andy and Tharkun from the Netherlands.

The Ethiopian ran his 10.5km in 32:57 on his own track that he built in Sululta, 25 minutes outside the Ethiopian capital Addis Ababa.

The 5000m and 10,000m World record-holder built a six-lane all-weather track which is home to many athletes training and dreaming of Olympic glory.

They call it Bekele's ‘field of dreams’.

"It was a great pleasure to run my 10.5k as part of the MA RA TH ON challenge on my own track in Sululta," he posted.

It was hardly any surprise that half-marathon world record holder Geoffrey Kamworor put in the fastest time, going 10.6 km in 30:08s.

This time Eliud Kipchoge wasn't there to greet him at the finish line like he did at the 2019 New York marathon, but Kamworor was pleased with the run.

The Kenyan ran with a team from the USA.

Kilian Jornet does many things - like ultramarathons and literally running up and down mountains.

He is said to hold the fastest known time for the ascent and descent of Mount Everest for example.

For most of us, running 10.5km is a struggle, but when Jornet's Strava App told him that he had only run 10.49km making his entry invalid, he said ok:

"It’s been actually pretty fun this MA RA TH ON!" Jornet posted, despite having to do it twice.

"Today I did my relay to join my teammates @davidnilssons@mustafamohamed79 and @fra_puppinho to finish this challenge among more than 100.000 runners worldwide. Thanks guys!"