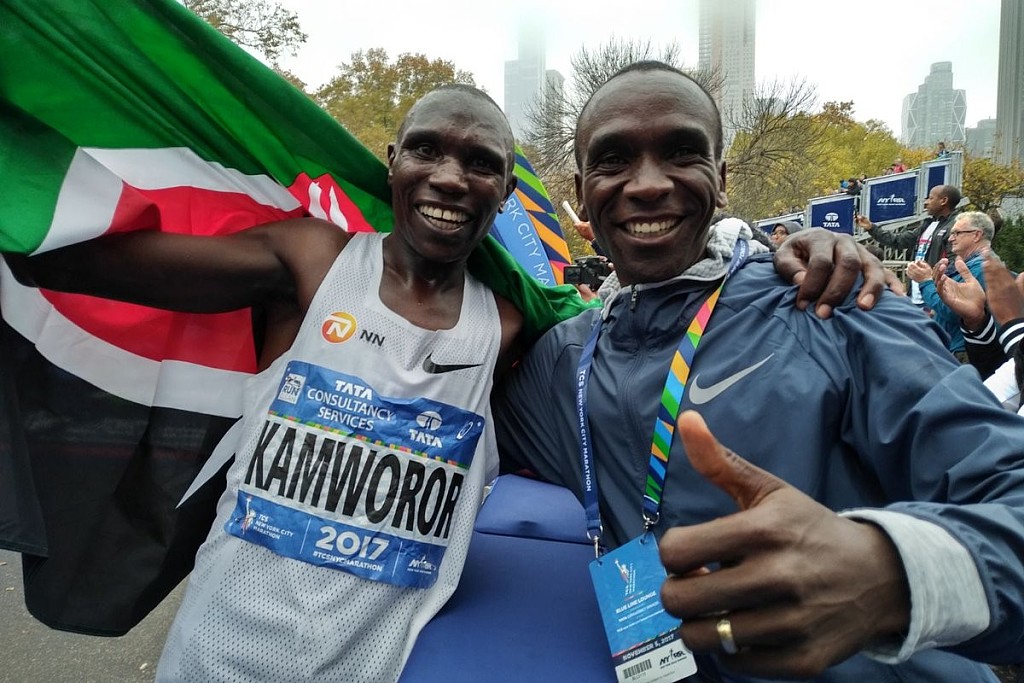 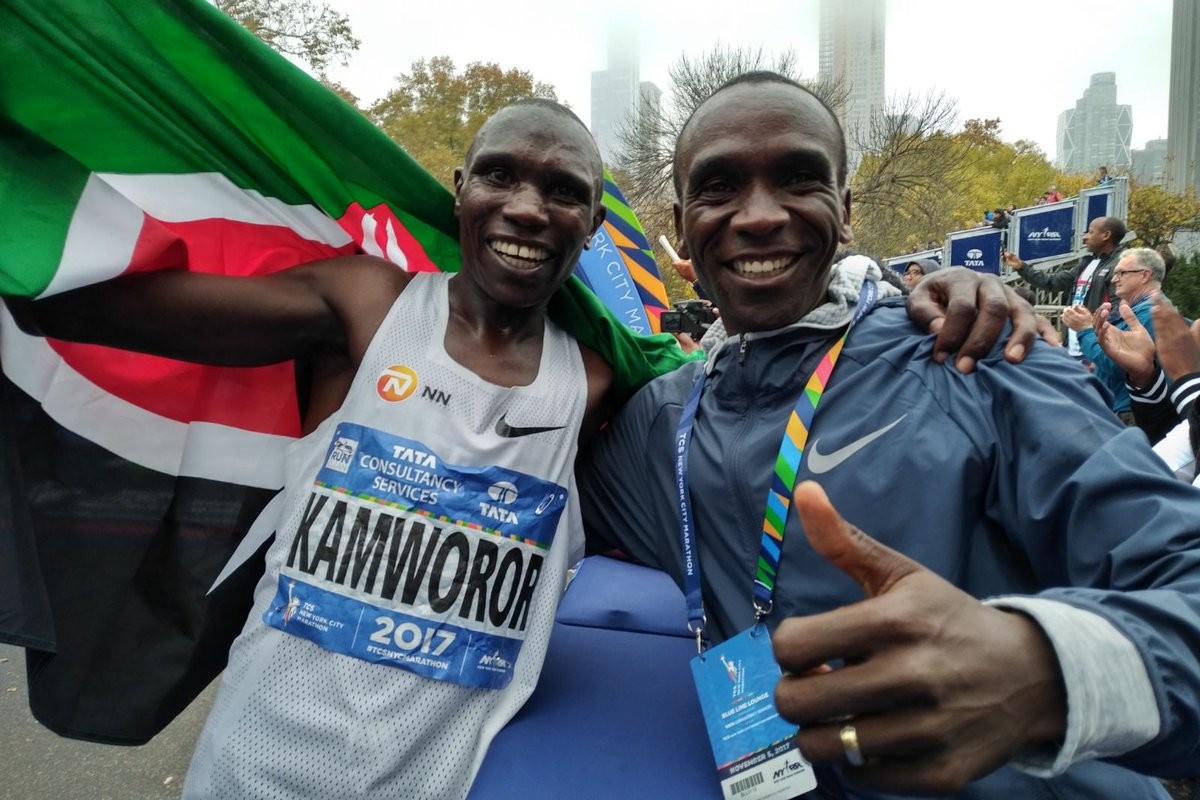 This evening, the IAAF will name their Athlete of the Year and Eliud Kipchoge discussed how he sees the future of running. The IAAF reported that Kipchoge was asked to evaluate the prospects of his training partner. He responded, “I think Geoffrey, in future will surpass what I have done in this sport.” Now that’s humility. Kamworor responded that he’s interested in continuing his half-marathon and cross-country career for now. Kamworor has won three World Half-Marathon titles and two World Cross-Country titles. He was also the 2015 World Championship silver medallist over 10,000m and the 2017 New York City Marathon Champion. As far as Kipchoge’s future plans are concerned, he’s not rushing to reveal his winter or spring schedule. But he is the feature runner in a newly published book, which he signed copies of today. The book is called, “Eliud Kipchoge 2:01:39.” The other athletes in the running against Kipchoge for Athlete of the Year are: Christian Coleman, Timothy Cheruiyot, Armand Duplantis, Emmanuel Korir, Noah Lyles, Luvo Manyonga, Kevin Mayer, Abderrahman Samba and Tomas Walsh. The award will be presented this evening in Monte Carlo, Monaco. (12/04/2018) ⚡AMP