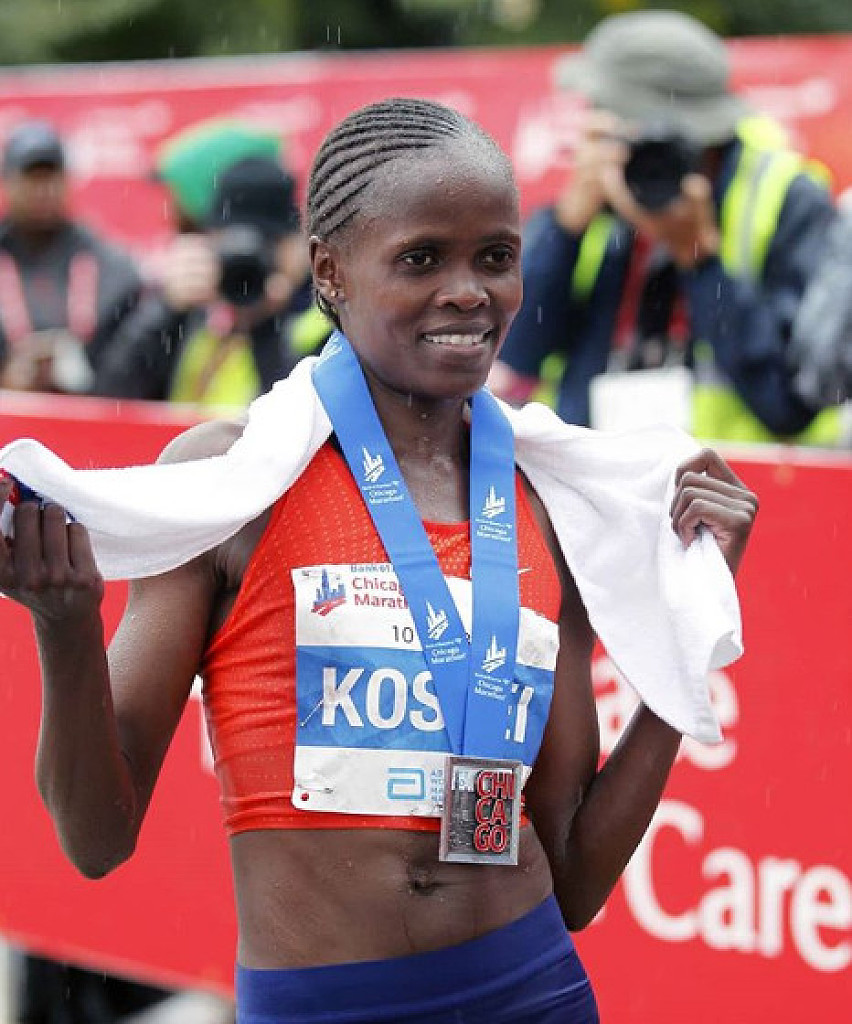 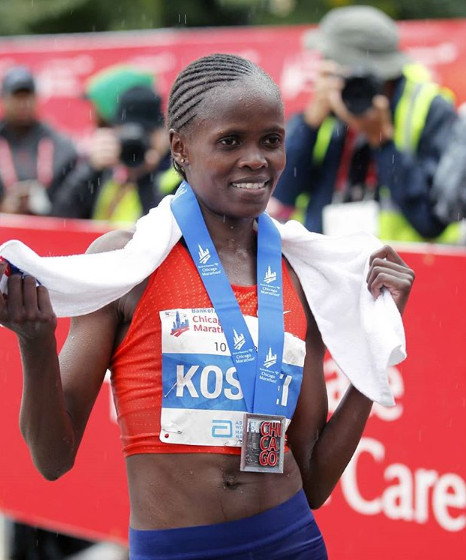 Kenyan Brigid Kosgei shattered a 16-year-old world record in the women’s marathon by 81 seconds, winning the Chicago Marathon in 2:14:04 on Sunday. 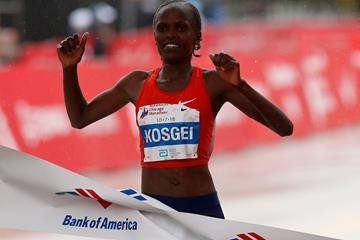 Radcliffe’s record was the longest-standing for the men’s or women’s marathon of the last 50 years.

Kosgei did it one day after Eliud Kipchoge became the first person to run a sub-two-hour marathon in a non-record-eligible event in Vienna. She won by a gaping 6 minutes, 47 seconds over Ethiopian Ababel Yeshaneh. 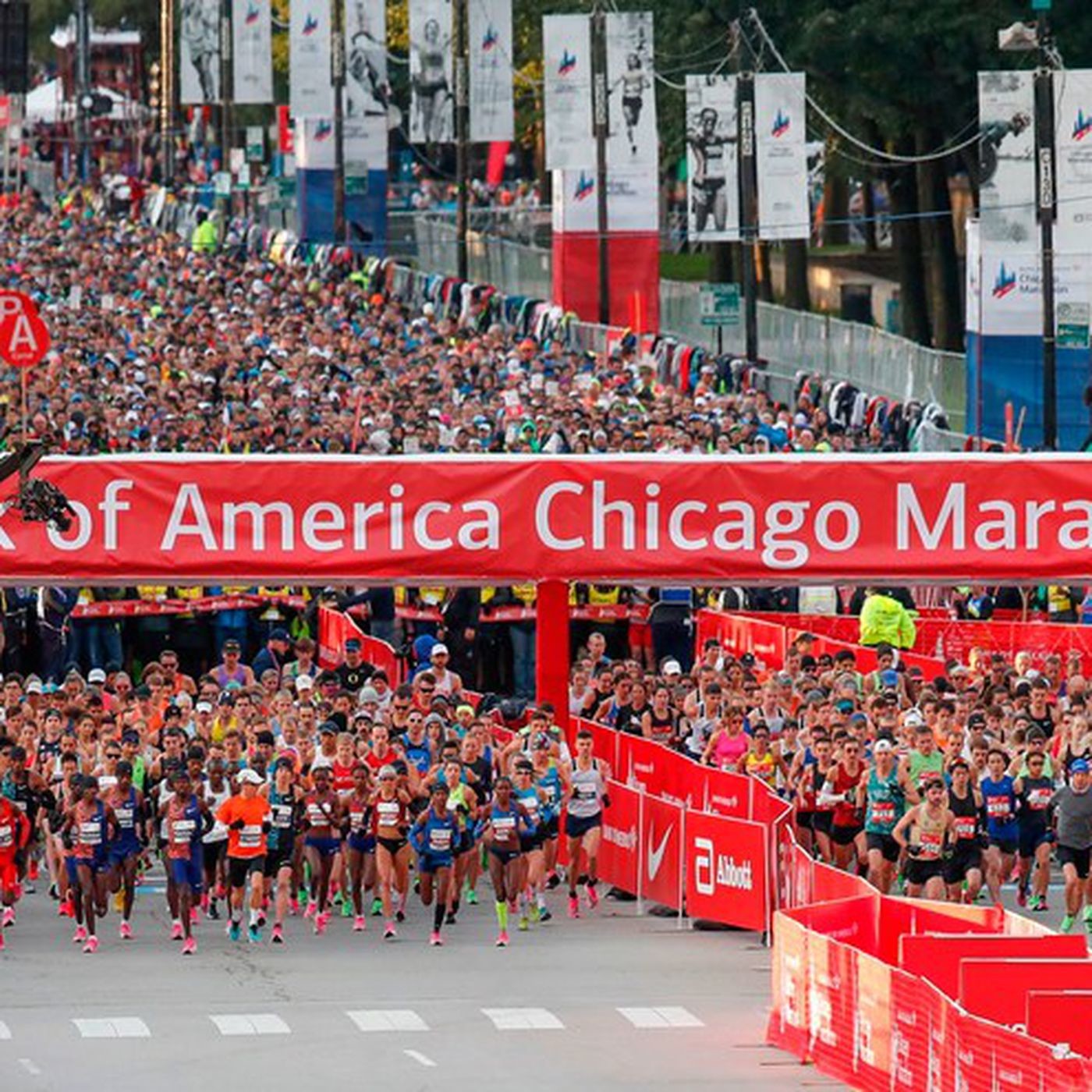 Kosgei, who won Chicago in 2018 and the London Marathon in April, came in highly favored. The 25-year-old tuned up with the fastest half-marathon ever by a woman (by 23 seconds) on Sept. 8 on a non-record-eligible course.

Jordan Hasay, the top U.S. woman in the field, crossed 5km at a slow 22:20 and registered no further timings. Hasay, who was coached by Alberto Salazar before his ban in a U.S. Anti-Doping Agency case, is one of several women in contention for the three Olympic spots at the Feb. 29 trials in Atlanta.

Kenyan Lawrence Cherono won the men’s race by one second over Ethiopian Dejene Debela in 2:05:45.

Galen Rupp, reportedly dropped out in the final miles. He began fading from the lead pack before the 10-mile mark in his first race since last year’s Chicago Marathon. Rupp, who was also coached by Salazar, is coming back from Achilles surgery.

Mo Farah, the defending champion and four-time Olympic track gold medalist, finished eighth in 2:09:58. He also dropped from the leaders before the halfway point.

Kosgei raced her way to an early lead, breaking far away from her pack and continuing on pace to break not just a course but the woman’s world record.

Kosgei has literally been unbeatable in 2019.

Kosgei wowed fans in 2017 with a second-place finish, but she made an even bigger splash last fall when she won the race with third-fastest time in Chicago's history.