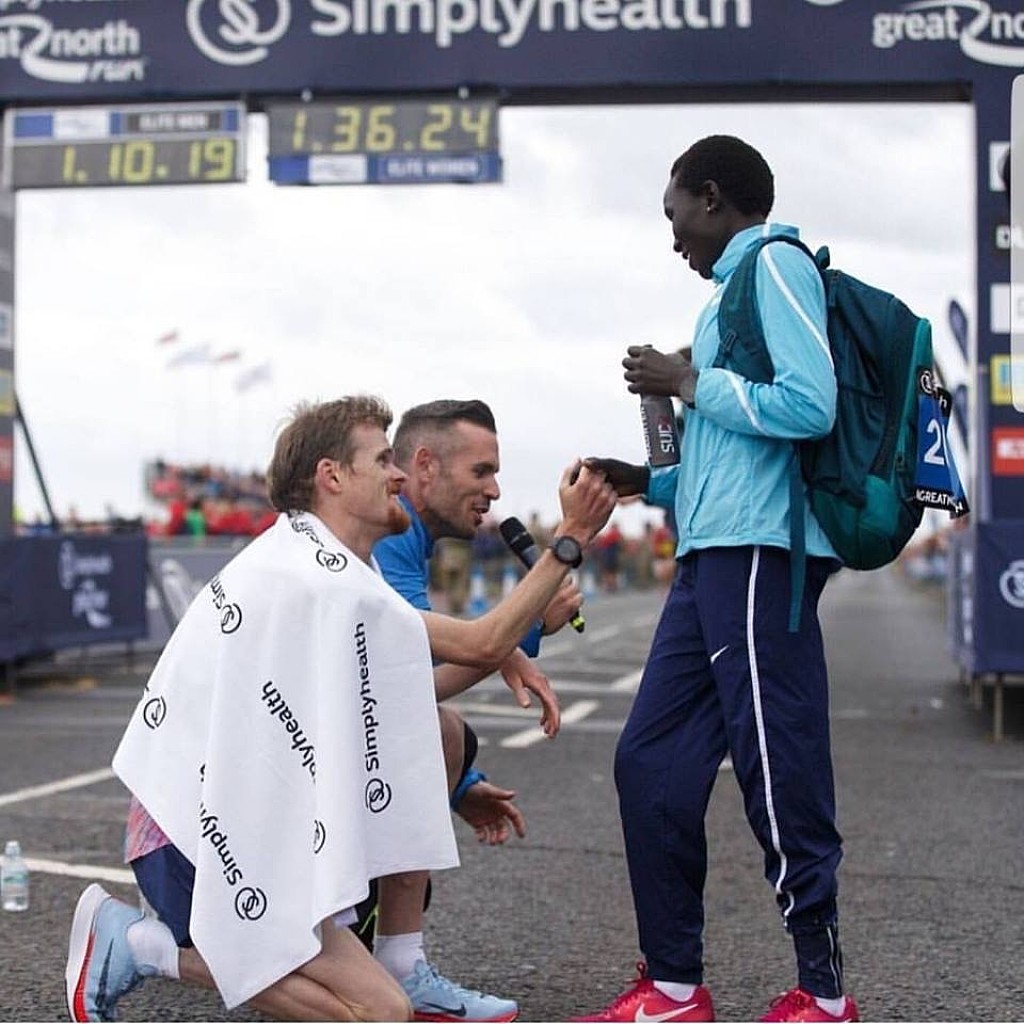 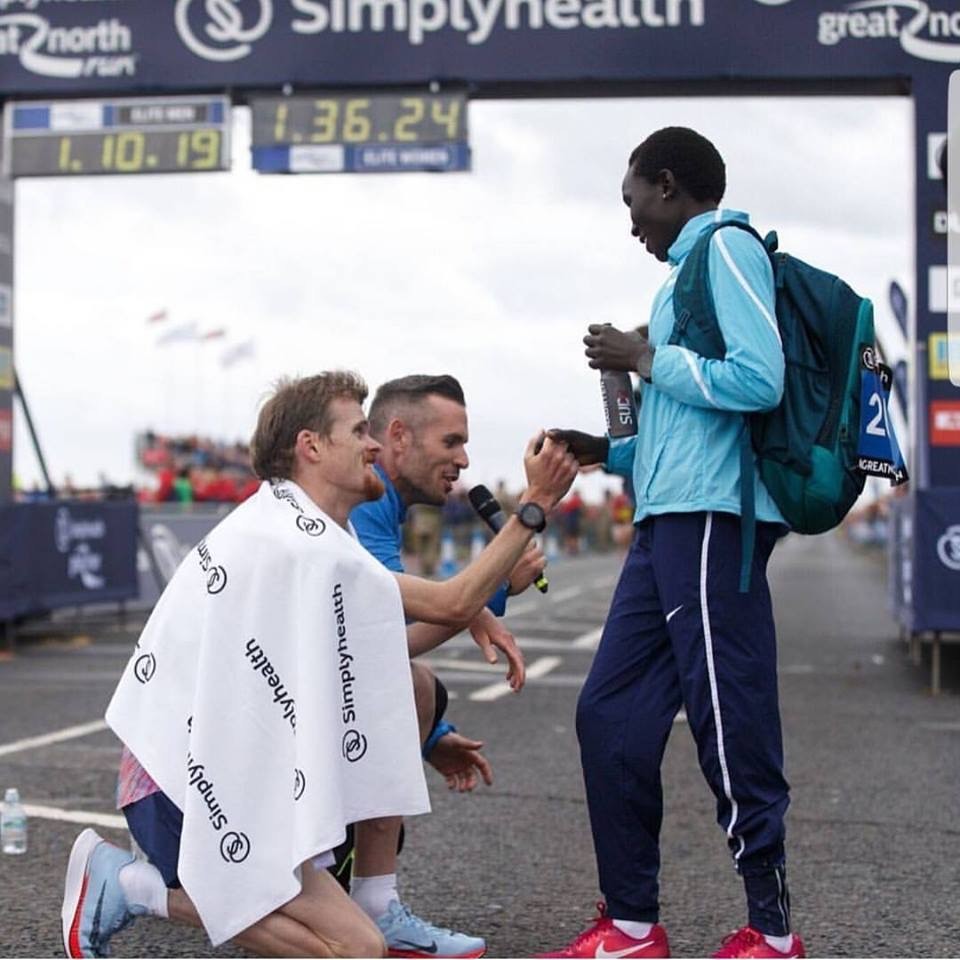 As Jake Robertson was racing Mo Farah he had a random thought, today is the day!

New Zealand runner Jake Robertson won the hearts of the crowd and his Kenyan girlfriend when he proposed to her after finishing second to Olympic hero Mo Farah in a major race in Britain last September.

Robertson pushed Farah all the way in the Great North Race in northern England, finishing the half marathon just six seconds behind the British great.

But he quickly had all the attention when he dropped to one knee and asked partner Magdalyne Masai to marry him. She had finished fourth in the women's elite race. Masai accepted and the happy couple embraced.

"I didn't have it planned or anything. In the last mile it just randomly came to my mind that today was the day," Robertson said.

"I finished the race and asked the meeting organisers to find her. She said yes and I'm a happy man. Six years together and I thought it was due time. We've been speaking about it for a long time," he said.