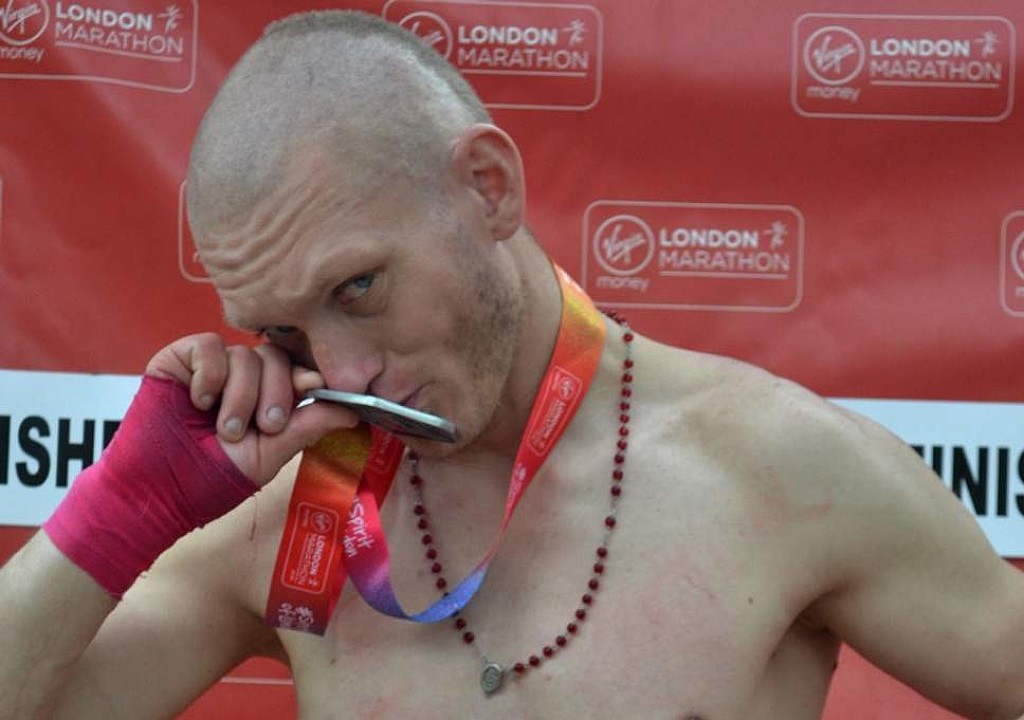 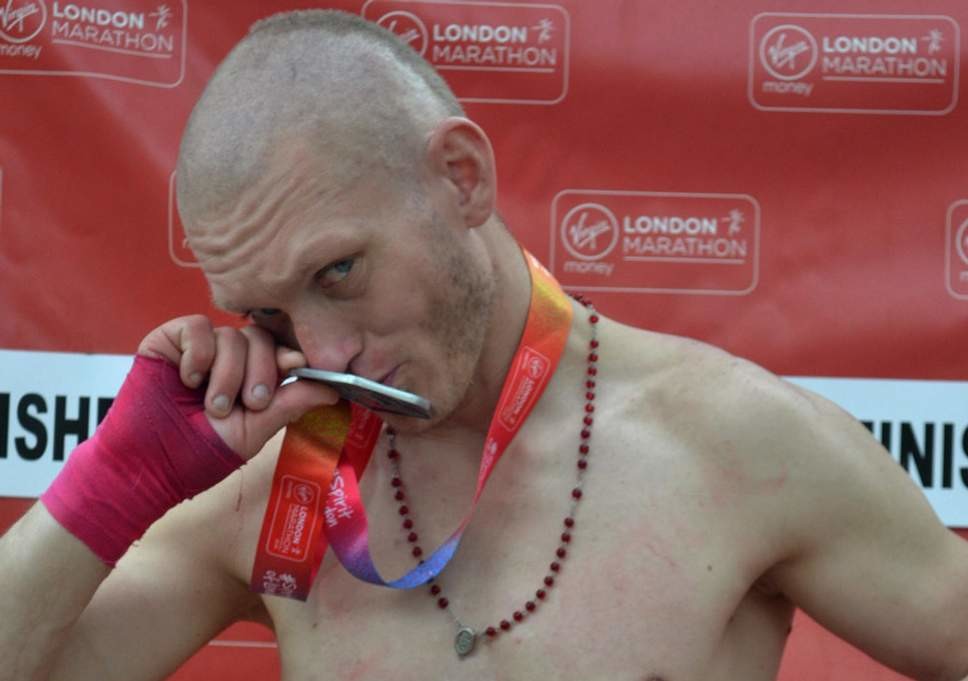 A London marathon impostor who picked up a lost race number to see “a dream come true” has been jailed for 16 weeks. The homeless 38-year-old Stanislaw Skupian crossed the finish line with legitimate runner Jake Halliday’s number after spotting it 300 meters from the end of the London Marathon.  He picked it up, ran the remaining 1,000 feet of the course and strode across the line, victorious. Now, a month after being pictured kissing his finisher's medal Skupian is being jailed for fraud.  Halliday, who was running for the charity Bloodwise, dropped his number after stopping short of the finish line to take off his T-shirt during the hottest London Marathon on record. Friends later told him someone had been pictured celebrating with his number, with Halliday saying he was “shocked”, the court heard. The London marathon chief executive, Nick Bitel, said the episode could be seen to damage the reputation and integrity of the race, regarded as one of the best organized in the world, the court heard. The homeless father of one had been training for a race ahead of the London Marathon his lawyer said.  He wanted to watch the race and in his excitement picked up the number and crossed the line.  The reaction in England has not been good.  Many are criticizing the organizers for what they see as a lack of compassion for Skupian's circumstances.  But he only ran 1000 feet of a 26.2 mile race! Once the press published the photo and showed the world what had happen, how could this event be overlooked?  Medals are only met for finishers, period. (06/22/2018) ⚡AMP