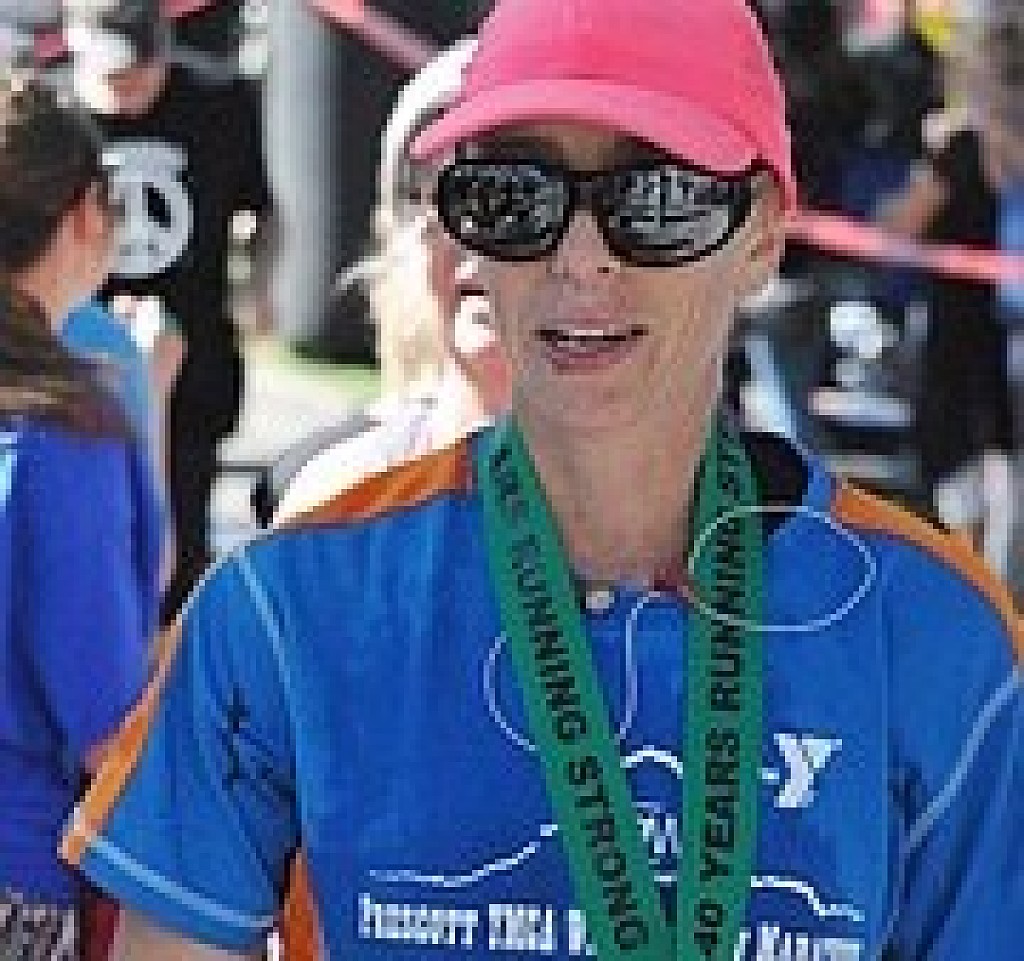 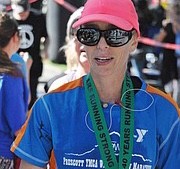 Tanaya Gallagher of Sedona, Arizona not only broke her own course record for women in the Whiskey Row Marathon on Saturday morning. She obliterated it. Gallagher, who had already posted three of the fastest female times in the race’s glorious 40-year history, crossed the finish line in 3:08:55 for her seventh Whiskey Row Marathon win since 2008. That time’s nearly 11 minutes faster than her previous record time of 3:19:38, set in 2013. “I actually am humble,” a jubilant, albeit emotional Gallagher said. “I’m just really happy.”  The Marathon is run on a grueling 26.2-mile course at mile-high elevation, which climbs the city’s hillier streets and some tree-lined portions of the Prescott National Forest.  Gallagher, 32, entered Saturday healthy. In 2017, Gallagher ran the marathon two months after undergoing successful surgery to remove an ovarian cyst, which had been sapping her energy. “I just wanted to come out and remember the joy of running, to be honest,” Gallagher said. “Last year was just such a surprise, time-wise. I can’t say this felt any harder than any other year. It’s always hard. But it was great.”  Peter Davidson of Tucson was the overall winner clocking 3:07:37.  “It’s such a brutal course — it feels so good to come out on top,” said Davidson, instantly recognizable by his bright yellow-framed sunglasses. “I’m really impressed with [Gallagher]. She was so close behind me, and that’s amazing. It’s really cool.” (05/06/2018) ⚡AMP