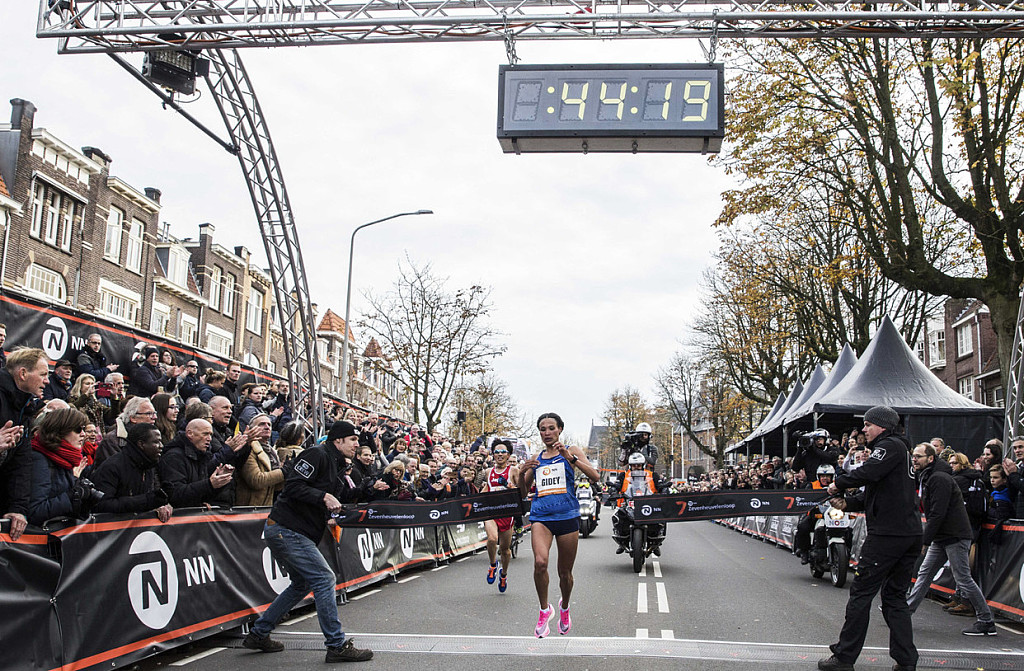 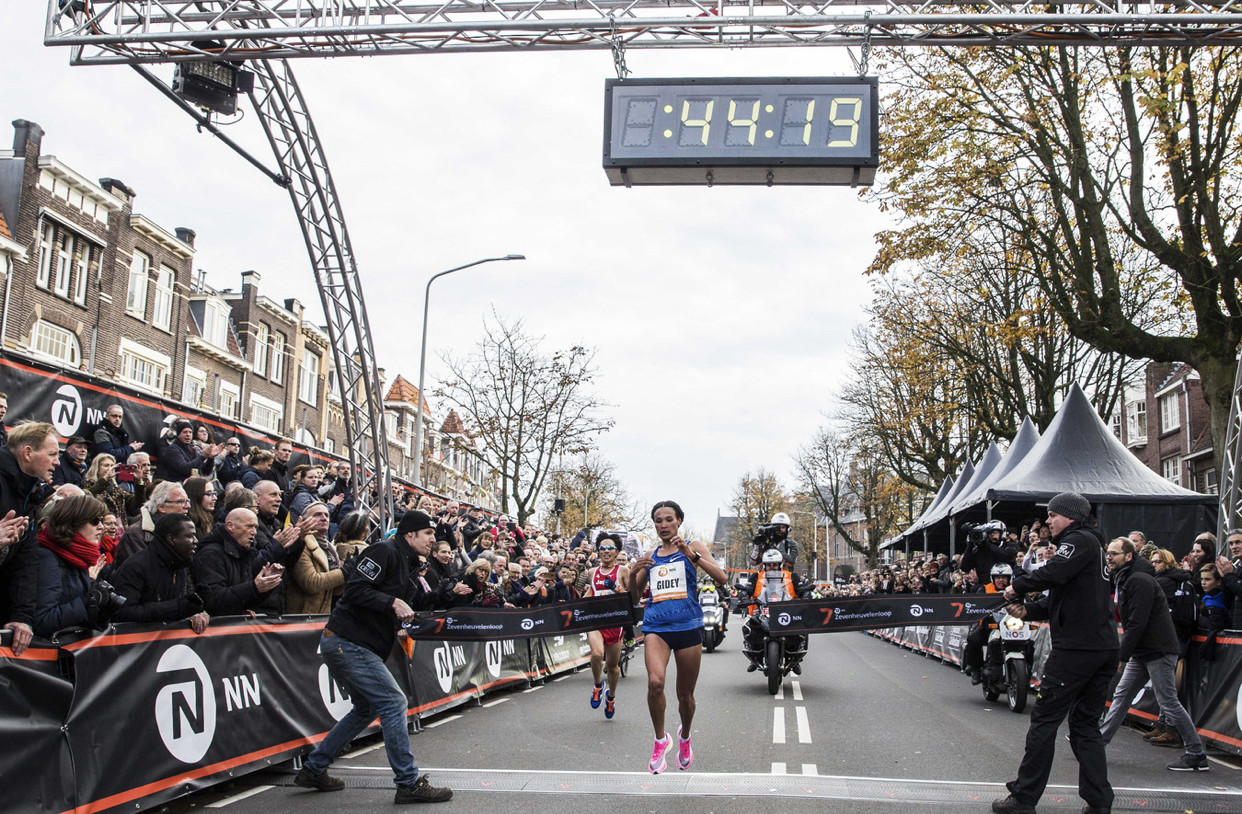 Ethiopia's Letesenbet Gidey smashed the world best for 15km at the Zevenheuvelenloop (Seven Hills Run) in Nijmegen, Netherlands, on Sunday (17).

Gidey, this year's World Championships 10,000m silver medallist, clocked 44:21, more than a minute better than the previous world best of 45:37 Joyciline Jepkosgei set in Prague two years ago en route to her first world record in the half marathon. 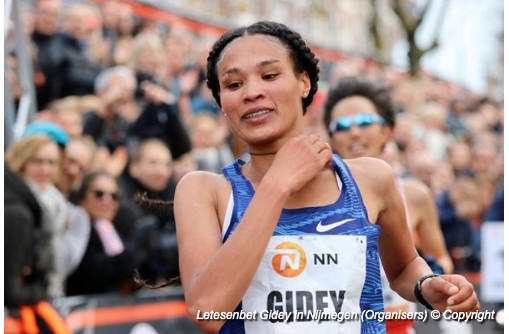 Covering the first five kilometres in a quick 15:09, the 21-year-old upped the pace over the next five kilometres, closing that stretch with a stunning 2:44 10th kilometre, to reach the 10km point in a remarkable 29:44. She slowed over the next two kilometres but shifted gears again in the waning stages, closing with kilometre splits of 2:49, 2:52 and 2:50. Her covered the last 10km in a stunning 29:12, the fastest 10-kilometre stretch ever produced under any conditions. 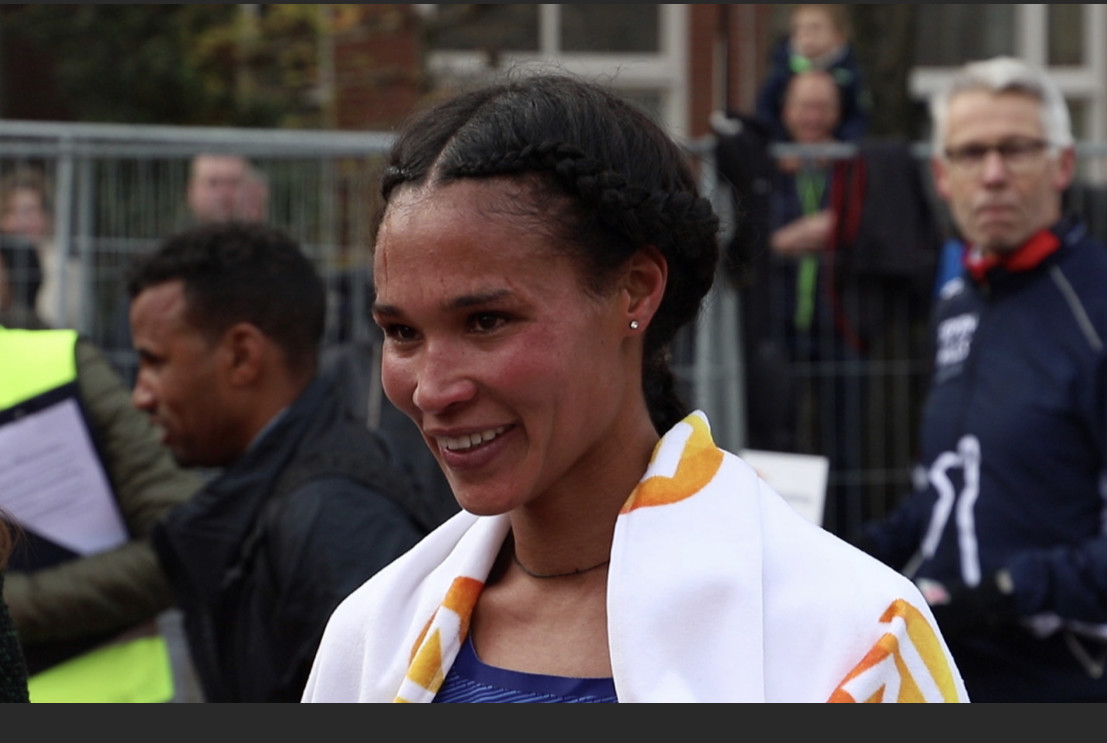 "I felt I was in good form in preparation for the (race) and my legs felt good all through the race," said Gidey, who rose to prominence in the U20 ranks after taking back-to-back world U20 cross country titles in 2015 and 2017. "I was quite surprised to see how much time I was able to get off the previous world (best) to be honest but I had great legs and it was a really nice race."

Stephen Kissa of Uganda won the men's race in 41:49 to become the seventh fastest ever over the distance. 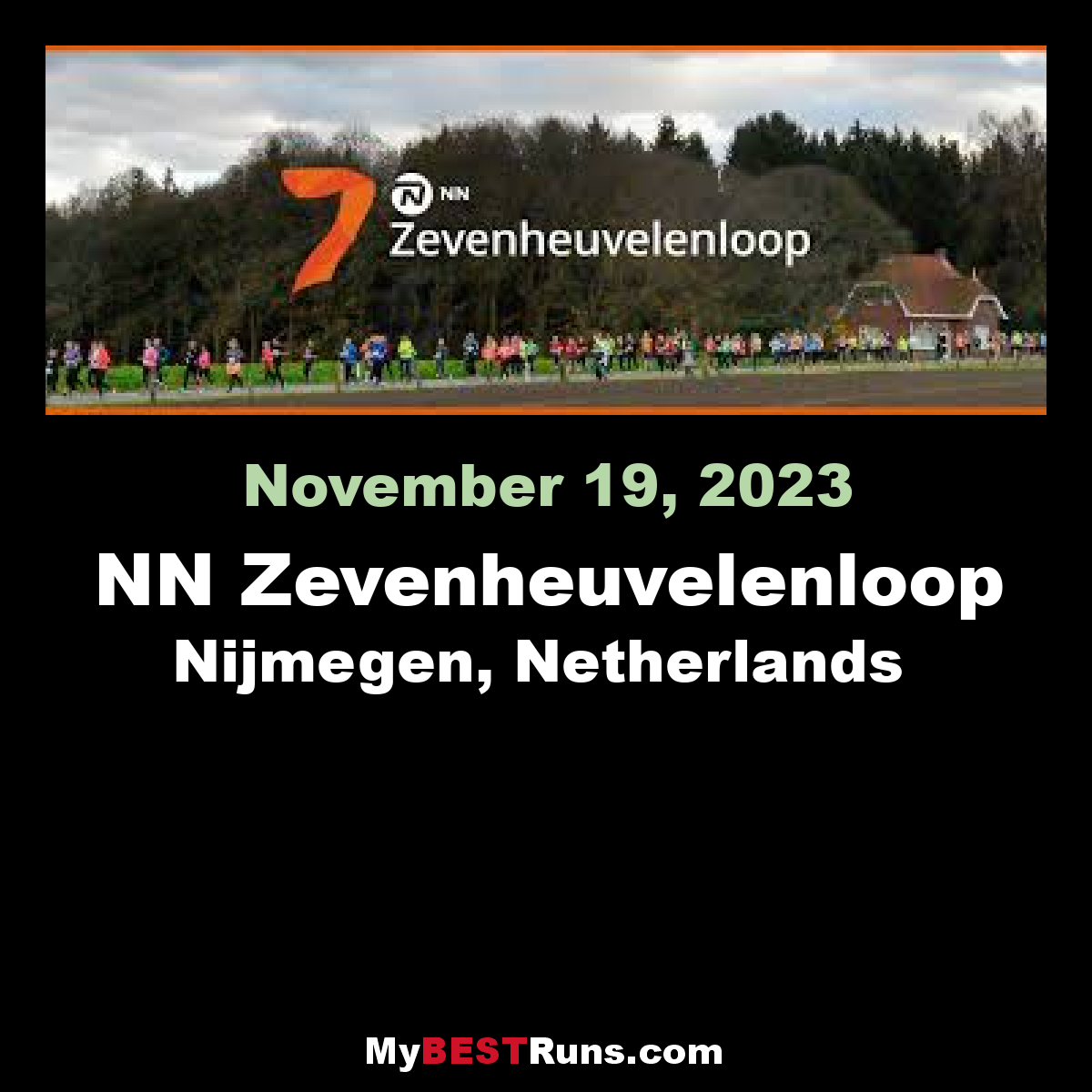 The NN Zevenheuvelenloop, also known as the nation's most beautiful and the world's fastest 15 kilometer race this year.The NN Zevenheuvelenloop has undergone a lot of development in the past 32 years.From a 'walk' with 500 men has grown into an event where almost 40,000 people register for it.This makes it the largest 15km race in the world and with... 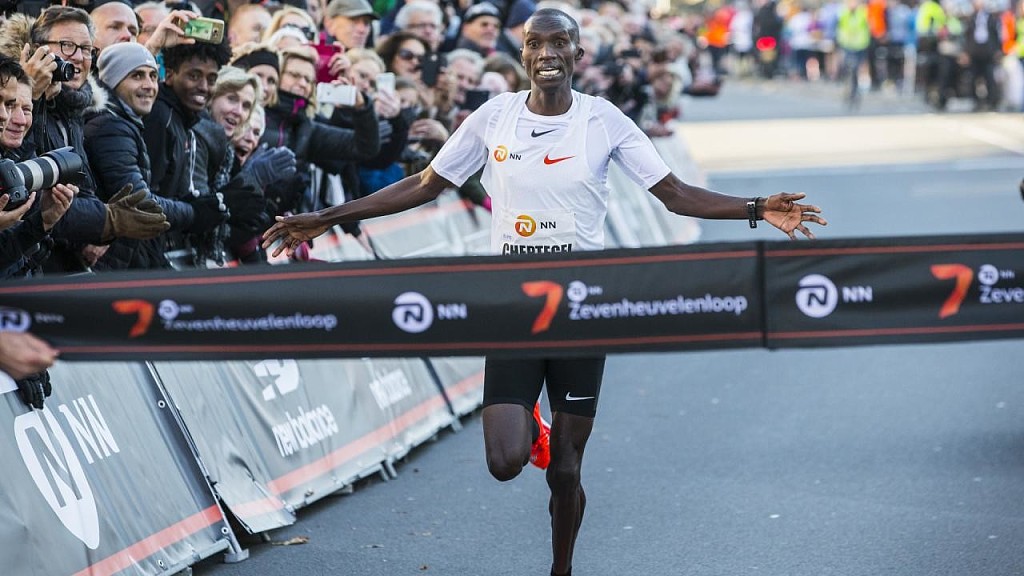 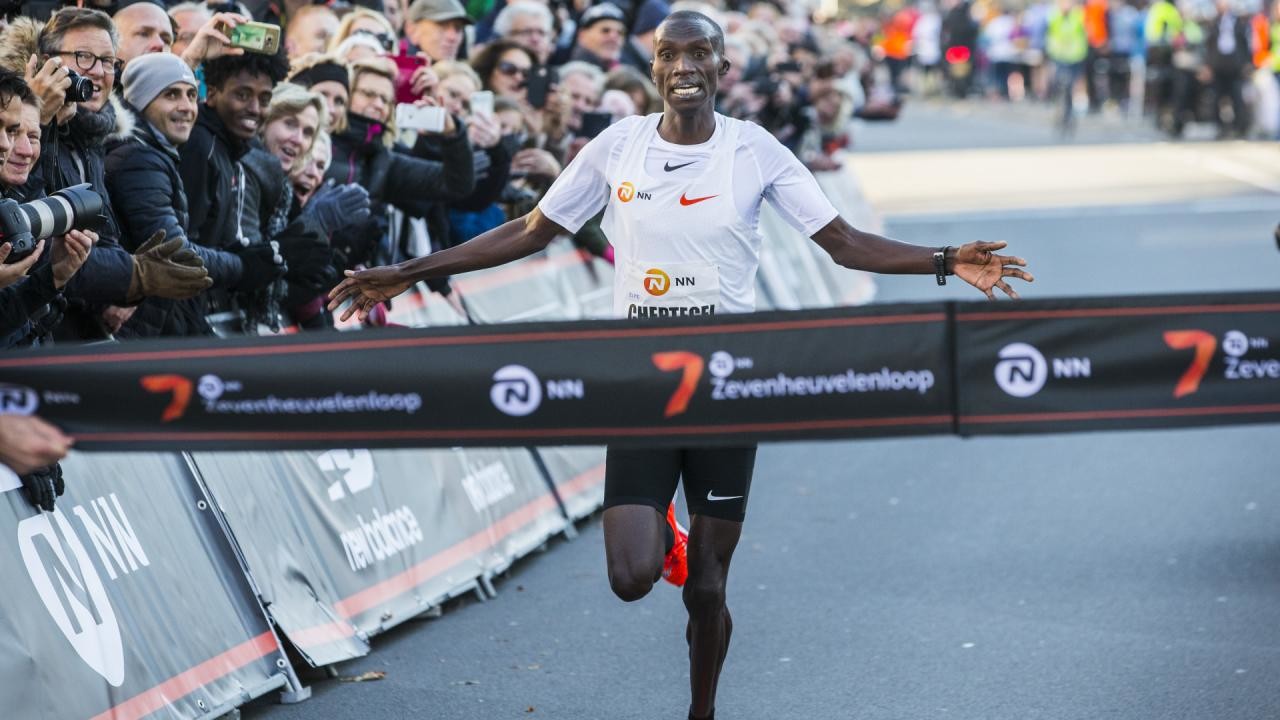 Joshua Cheptegei, 22, set a new world record for 15k.  The Ugandan distance athlete ran the 15K Sunday morning in 41:05 in Nijmegen, Netherlands at the Seven Hills Run. This is the third men’s world record to fall on the roads in 2018. Eliud Kipchoge clocked 2:01:39 for the marathon world record in Berlin, then Abraham Kiptum’s set the half-marathon world record of 58:18, and now Cheptegei’s 15K world record. Cheptegei took 8 seconds off of the previous mark. The Ugandan runner took the lead from the beginning, tiring his pacers out before the 5K mark, but managed to finish strong on his own. This was the runner’s fourth win at the Seven Hills Run. He closed his race in a solo 2:37 kilometre and averaged 2:44 for the entire run. (11/20/2018) Views: 895 ⚡AMP