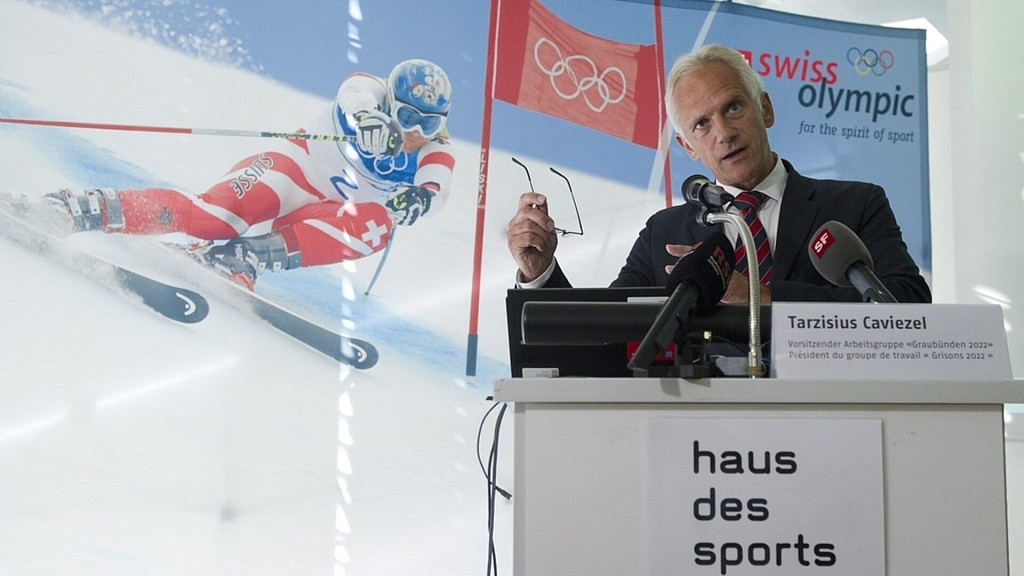 Tarzisius Caviezel, will take over the presidency of the Swissalpine Association

There will be a changing of the guard at the Swissalpine. Tarzisius Caviezel, will take over the presidency of the Swissalpine Association from founder and longtime president Andrea Tuffli.

“The time has come for a succession plan,” says Tuffli. When he launched the Swissalpine in 1986 as an ultramarathon over 67km with an altitude difference of more than 2200m, many thought it crazy. Although there were high alpine mountain runs in Switzerland back then, a run in such terrain and over such a long distance was new in Europe. However, the Swissalpine quickly established itself and became known internationally as the ultimate challenge. 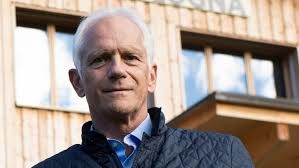 That Tuffli is now giving up management of the club is not only due to his age of 78 years. At the end of July this year a new Königslauf, the K68, was launched at the Swissalpine. The new route was met with universal enthusiasm.

The K68 will establish itself as the new Swissalpine classic over the next few years. The framework of the Swissalpine with the K68, the K43 and the K23 is largely fixed. After the slimmed-down event held this year on July 27 the supporting and adventure programme will be restarted in the future if Coronavirus conditions allow it. 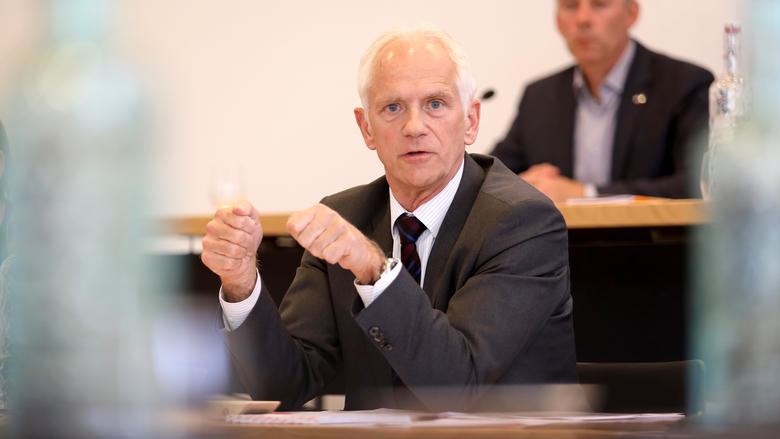 Caviezel, with roots in Davos, will take over the presidency of the Swissalpine Association on 1 January 2021. Since the beginning of 2013 and until the end of the current year he has been working as Landammann (Chief Magistrate of the Canton). “Caviezel has excellent connections in politics, business and sport,” says Tuffli. From 2004 to 2011 Caviezel held the presidency at HC Davos.

“The Swissalpine is a brand that is associated with Davos and belongs to Davos,” notes Caviezel. He makes no secret of the fact that he had some doubts when the T88 was started in St. Moritz in the previous two years. “For this year’s 35th event we decided to go back to our roots and that the Swissalpine is a pure Davos event,” Caviezel notes with satisfaction. This is also important because it guarantees support from Destination Davos Klosters. "We have to pull out all the stops to ensure that events like these, which originated in Davos and have grown successfully over decades, continue to be held here,” emphasises Caviezel. “As a Davos trademark, the Swissalpine is not yet as old as the HCD and the Spengler Cup, but it is also an excellent brand.”

Caviezel describes the K68, newly launched this year with start and finish in Davos, as the supreme discipline of the Swissalpine – “a dream run over four passes and through eight valleys. We will stick to this concept. ”The future Swissalpine President personally followed the events at the K68 premiere on 25 July on the Fanezfurgga at 2580m altitude. “The K68 is tough and rough . But all the runners and spectators I spoke to were enthusiastic about the new route,” says Caviezel. “I was also fascinated myself; you have to experience it up close.”

Originally, Gian Gilli was expected to succeed Tuffli as president, and the Engadiner is a proven and experienced specialist in major sporting events. But as part of the new concept for a purely Davos event Gian Gilli voluntarily resigned from the office. It also makes perfect sense to him that the Swissalpine Davos Association can be led into the future by a personality strongly anchored in Davos. 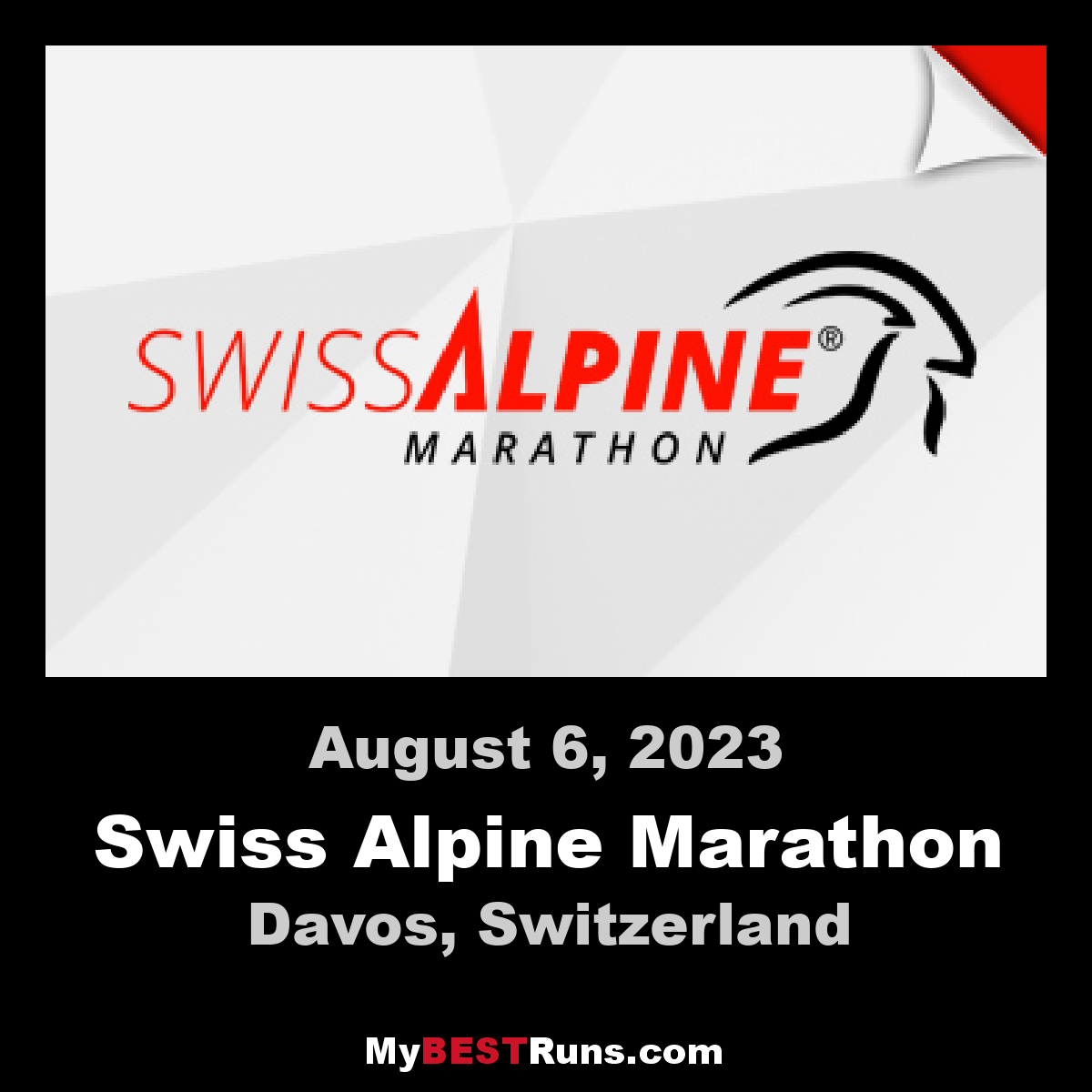 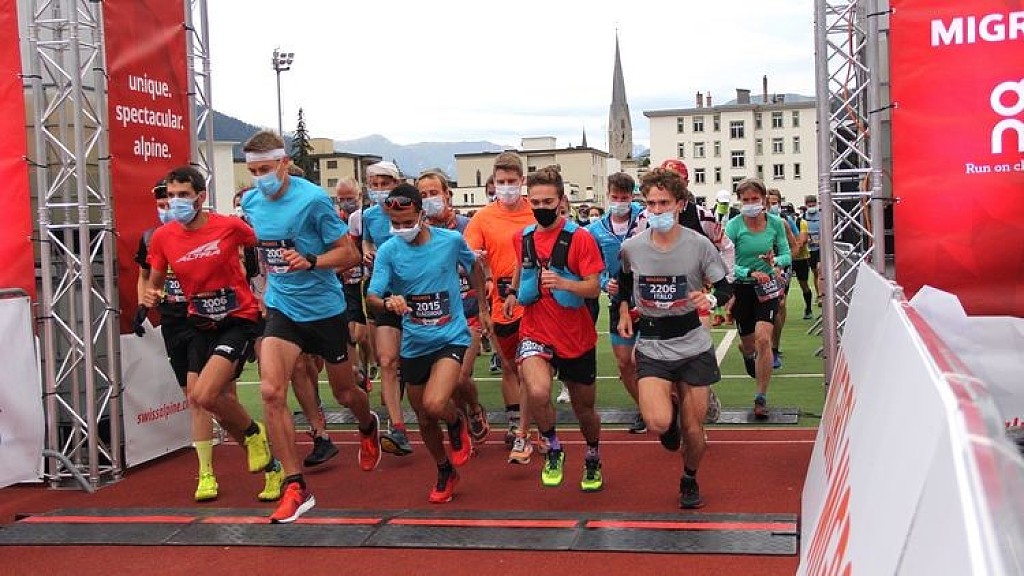 The 35th edition of the traditional Swissalpine running spectacle was the acid test for larger running events since the coronavirus struck.

The relief was clear to see for Andrea Tuffli, the Founder and President of Swissalpine. “The concept, which we had completely redeveloped within two months and coordinated with the cantonal administration and the municipality of Davos, has proven itself. 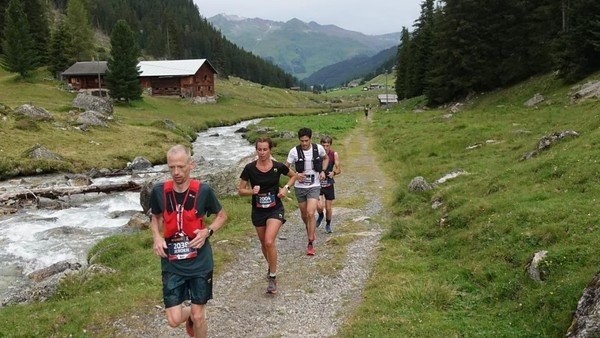 The start and finish area is the most important sector; here we were able to sign the maximum number clearly with block starts of 300 runners and a minimum of helpers from the organization,” said the 78-year-old, pioneer of the Swiss mountain running and trail scene. 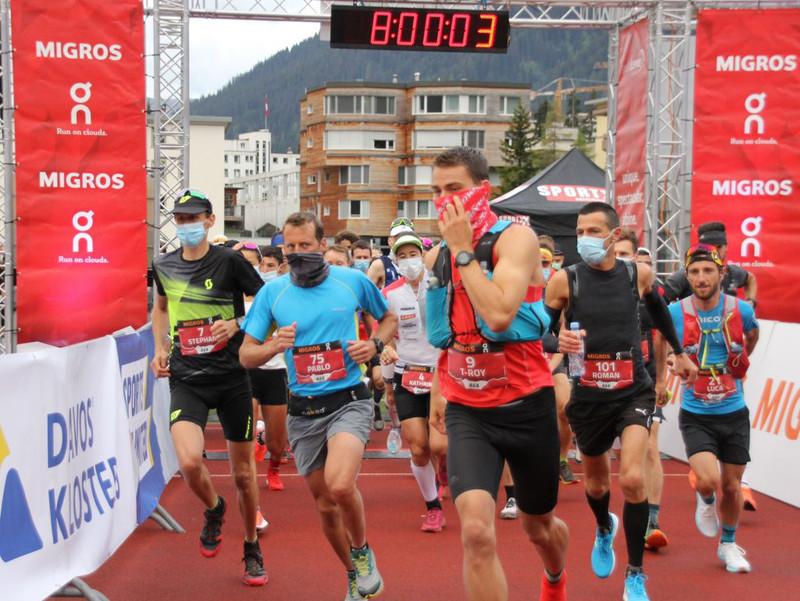 “The block start system with a responsible protection concept worked well, not least because of the discipline of the participants. I can imagine using this system next year, hopefully without masks.”

Swiss Athletics President Christoph Seiler came to get an idea of â€‹â€‹a major event in which almost 2000 runners competed over the two days of the event. “Davos sets an important example in the running calendar, which has been severely affected by the corona pandemic. It is impressive what Andrea Tuffli and his team have accomplished in a short time.” 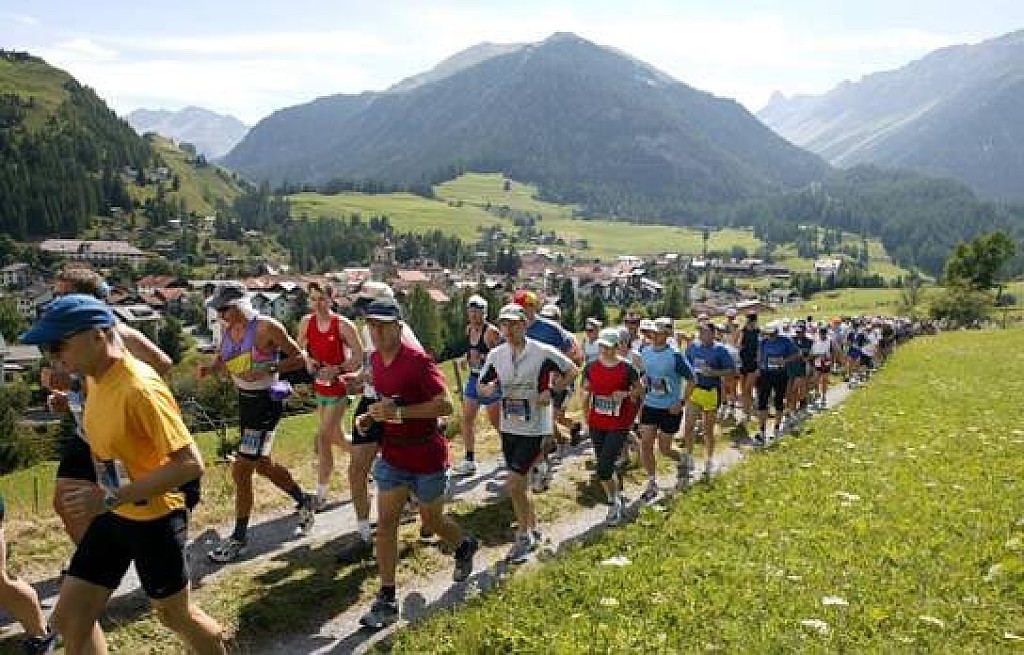 Swissalpine Marathon will go ahead despite coronavirus pandemic

Organizers of the Swissalpine Marathon Davos have confirmed that the race will go ahead on 25–26 July as originally scheduled – but with some restrictive precautions put in place because of the covid-19 virus. 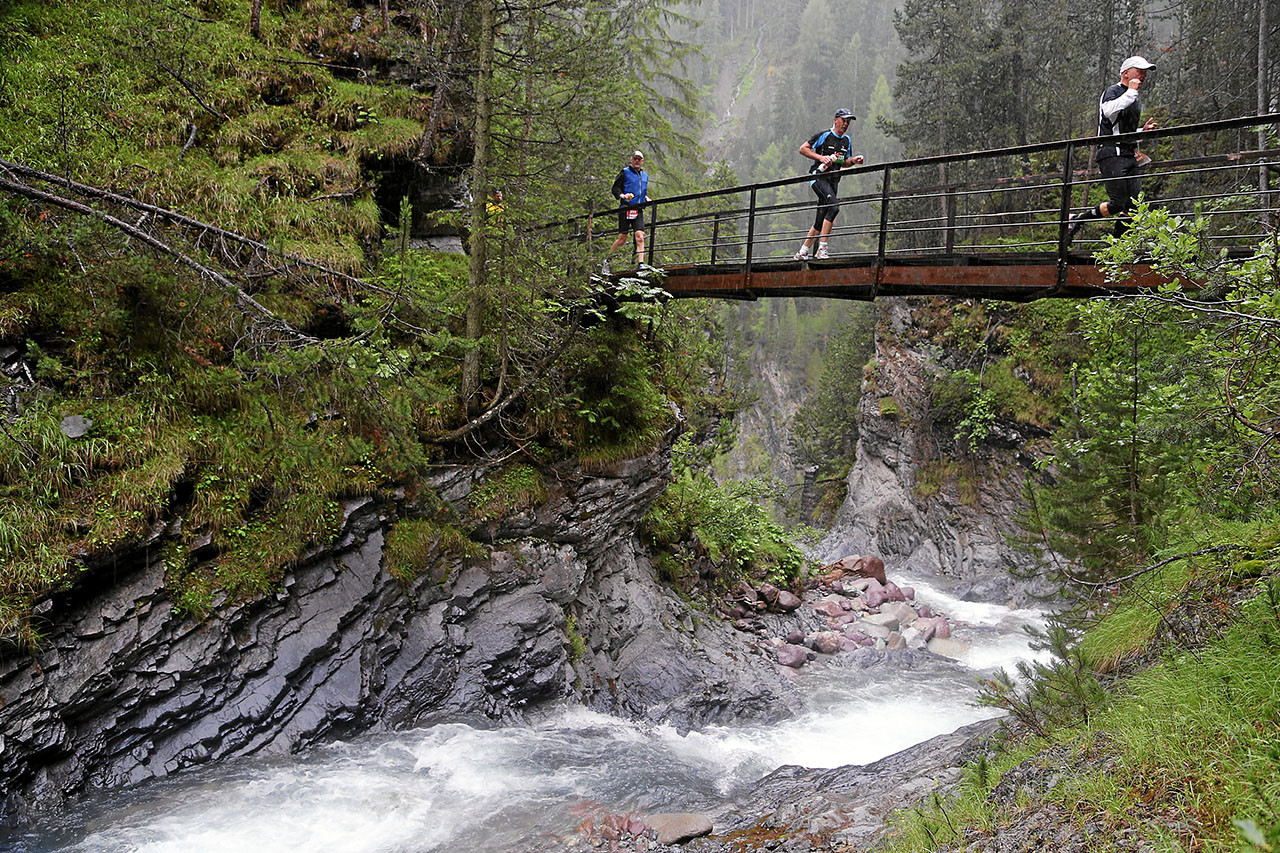 The 68km race will be run on 25 July and the 43km race on 26 July. There will be no 20km race that traditionally forms part of the programme. 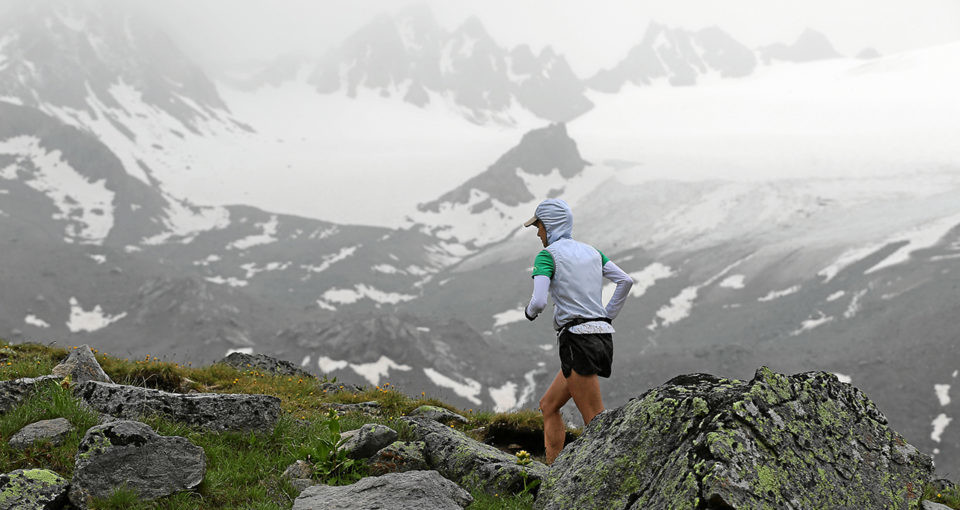 To comply with the hygiene and distance rules in place the runners will be started on a staggered basis.

Other races with individual starts at intervals of ten or fifteen seconds are planned both in Switzerland and in Germany.