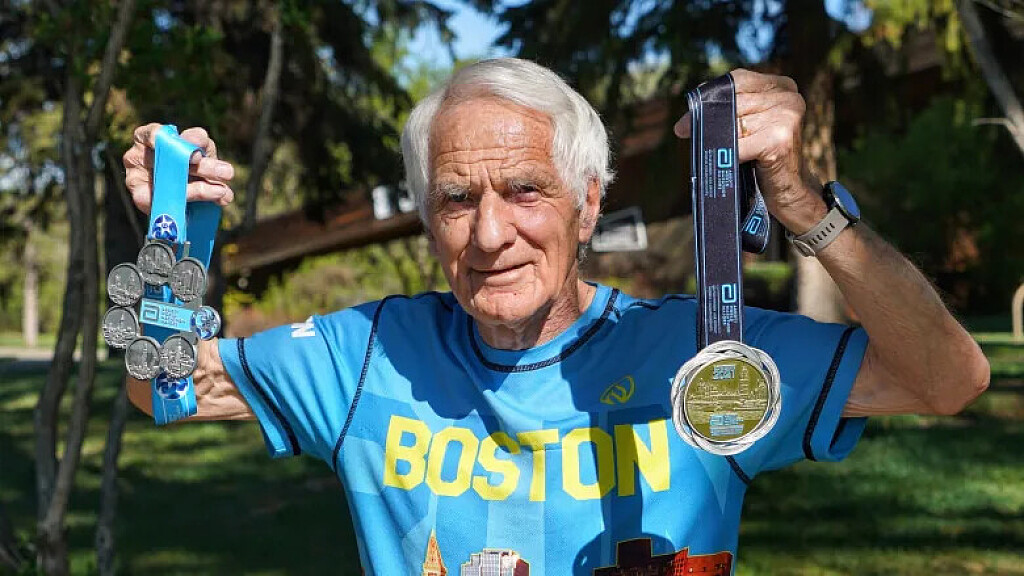 I’ve always liked to keep moving,' says man who has won medals all over the globe.

Ahead of his half-marathon on Sunday, 85-year-old Gerald "Gerry" Miller will likely have a bowl of oatmeal topped with raisins and a bit of Greek yogurt.

This isn't Miller's first race, let alone his first marathon, and he knows what he needs to fuel his run. 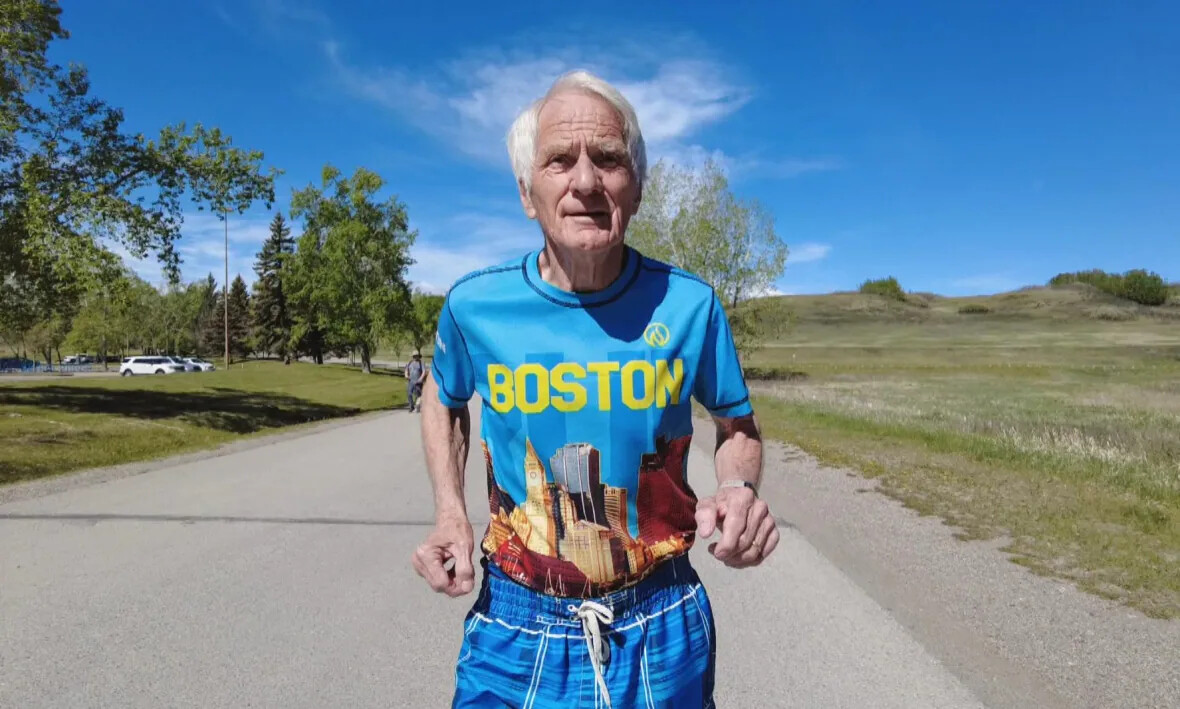 Since he began long-distance running at 58-years-old, Miller has run more than 40 marathons — including New York, Boston, Berlin and Tokyo.

This Sunday in the Calgary Marathon he will be running with bunny ears on, a signal that he is a "pace bunny," with the aim to bring in runners at the two hours and 30 minute mark. 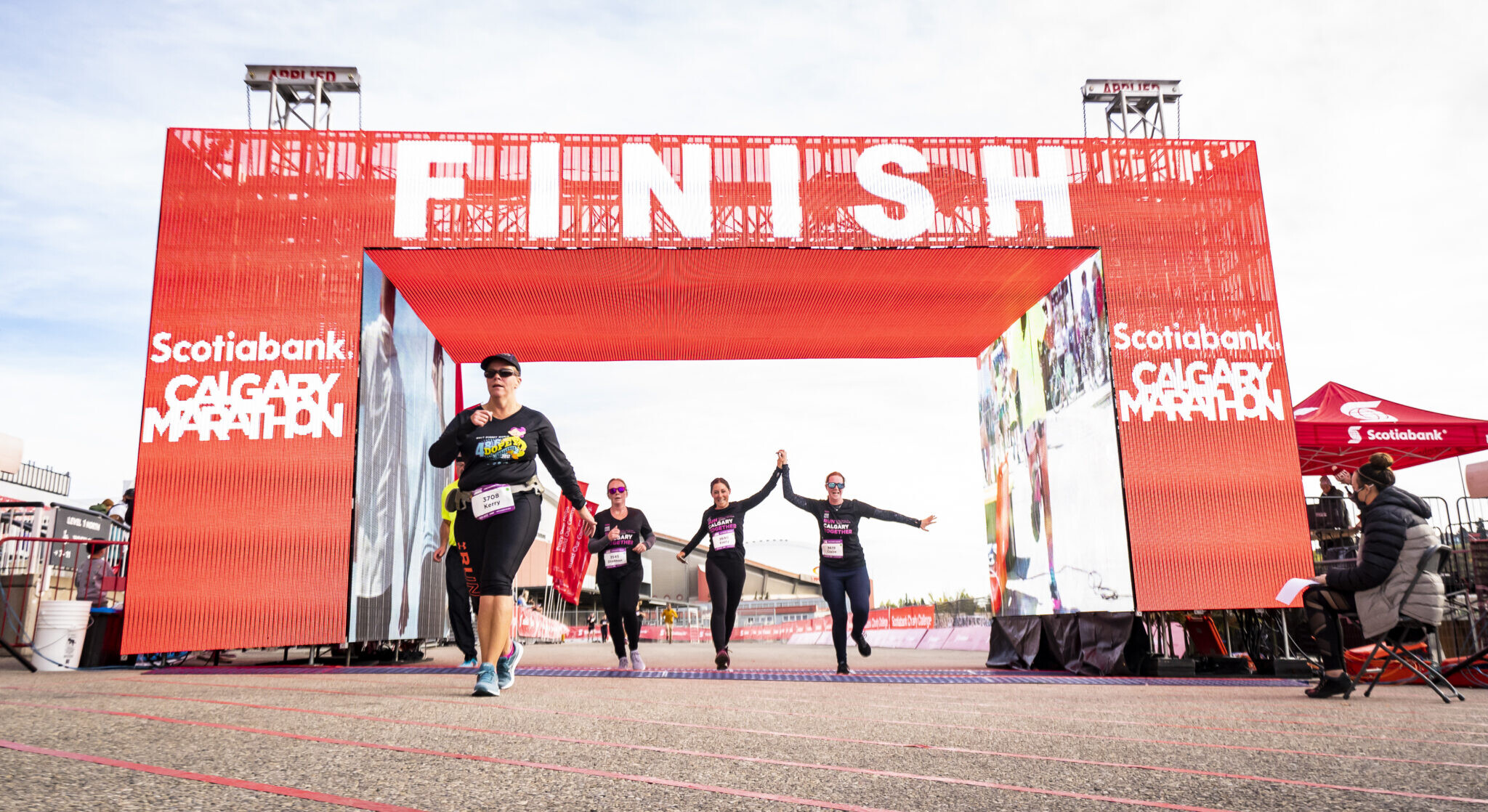 "[I'm] going to help pace the slower runners and charity runners … I'm the oldest ever grandpa pace bunny," he said.

It was an invitation by his son to run 19 kilometers with him that hooked Miller, who had only done shorter runs in his school and university days.

He qualified for the competitive Boston Marathon after running his first ever marathon in Vancouver.

Miller says he's "grateful" to be able to do what he does and share his passion with others.

Miller's running buddy Daron Wong says that he is the model for the energy and attitude he wants to have about running.

"He always amazes me and he still amazes me today," said Wong.

"Everybody wants to be in great shape and be running like Gerry when they're when they hit that age."

Wong says what Miller, who he met about a decade ago, has taught him the value of consistency and to "trust the training."

Miller approaches running meditatively. He says often it takes "digging deep", like when he ran in New York and had a bad fall which left blood on his face, or when he got hypothermia during another race.

"In many of those situations, it is the mindfulness that kicks in and says, 'Gerry, just keep going, even if it's a little slower.'"

Miller's family will often run the tail ends of races alongside him, and keep a Guinness beer cold and ready for him after the race. But he says they do question him about when he'll hang up his shoes for good.

He says he knows every run might be his last, but in the meantime he's going to keep at it.

On Sunday 6,200 people are registered to run the Calgary Marathon, and just 72 of them will be over 70 years old.

Miller will be the second-oldest in the crowd. 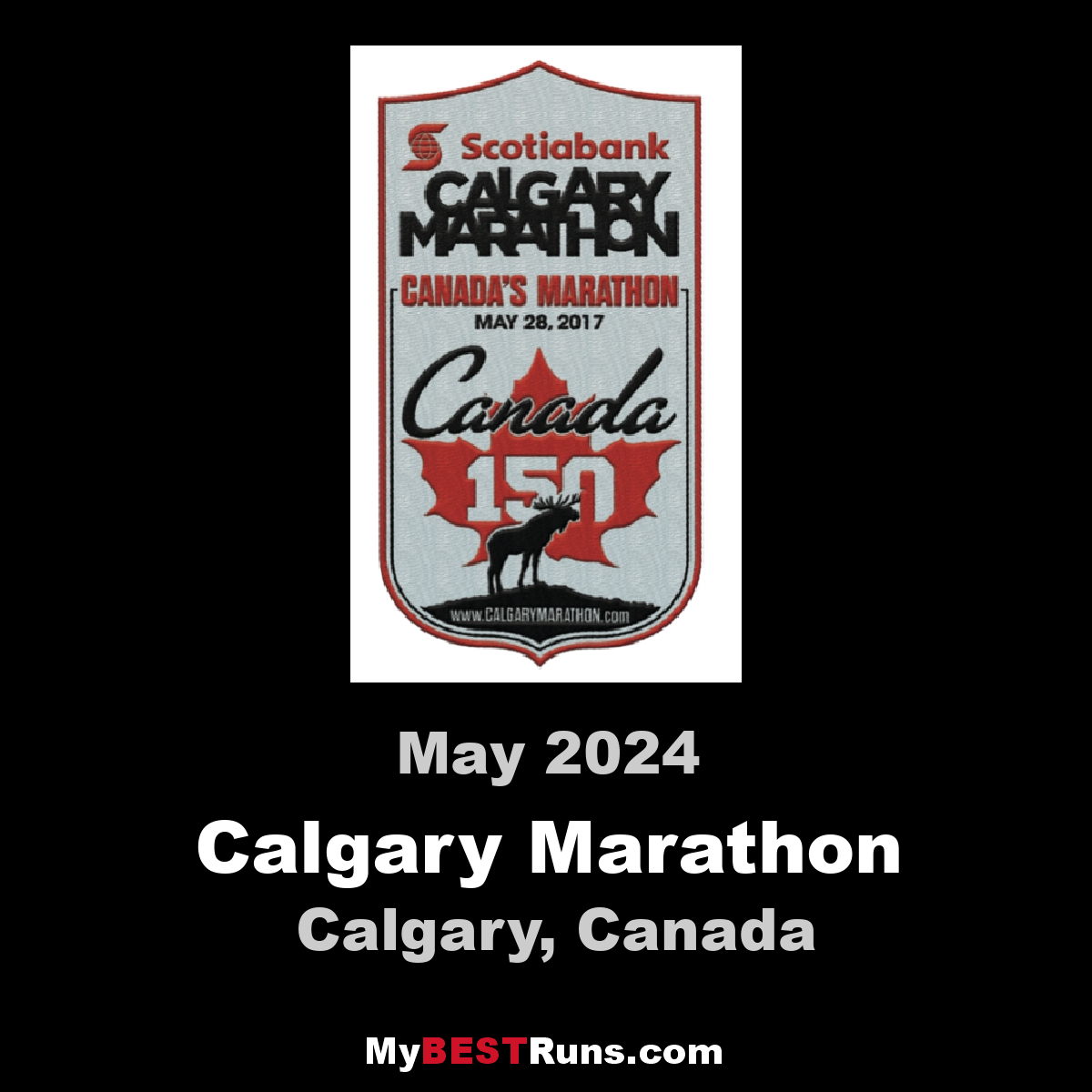 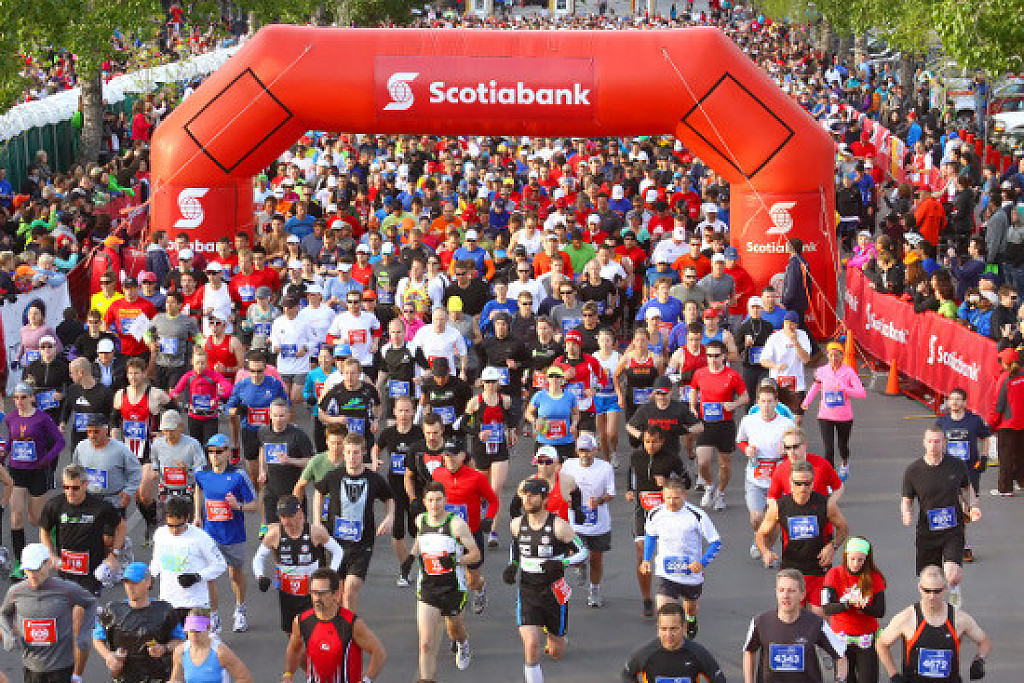 On Sunday, Sept. 19, the Calgary Marathon will host the largest Canadian race since the pandemic.

After more than two years without an in-person event, the race will return with a 50K, marathon, half-marathon, 10K and 5K races. 4,000 runners are registered across the five races with more than 1,000 runners starting in the 10K and half marathon. 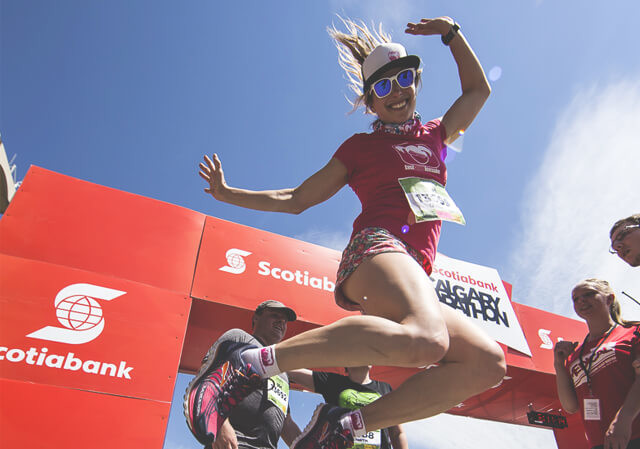 Right now, Alberta is in the midst of the fourth wave of COVID-19, reporting 1,600 new cases on Sept. 15, in addition to the 11,500 active cases across the province. A province-wide state of emergency was issued earlier this week, but there are no restrictions on outdoor events.

The race published a statement to social media earlier today. “We are moving forward with plans to host the 2021 Calgary Marathon this Sunday, September 19th,” said race officials. “The race worked with health officials to ensure the safest possible event for participants, staff and volunteers.” 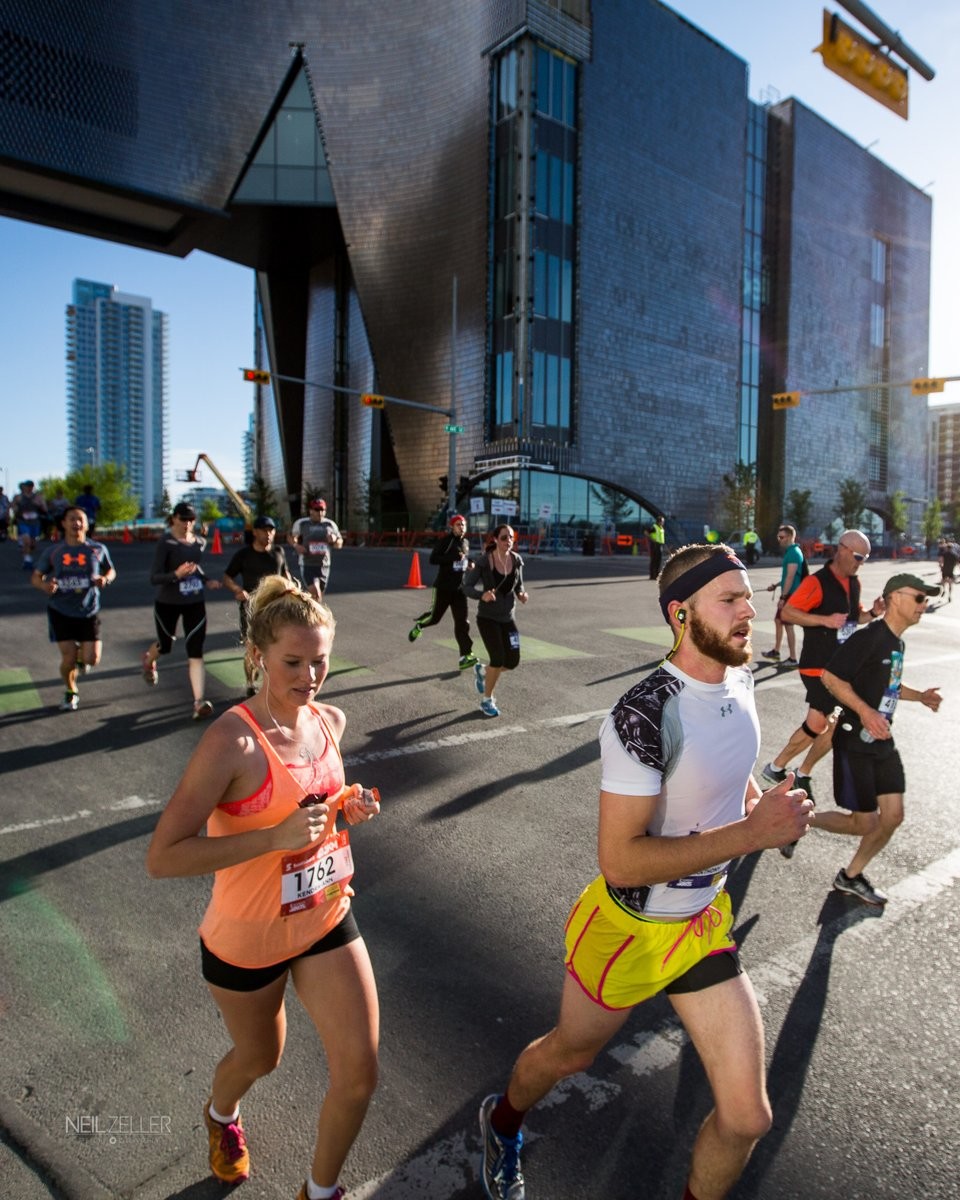 “Our plan isn’t to break the rules or offer a world-class event. This is a restricted safe event to celebrate personal accomplishment and achieve fundraising,” says race director Kirsten Fleming. “Our policies were already in place to meet the provincial guidelines set by the Alberta government.”

“We have worked with Alberta Health to ensure that this event is run safely. All aspects of the race will be held outdoors (besides race kit pickup), with no pre-or post-race celebrations,” says Fleming. Precautions will include masking at the start and finish lines, and at least six feet of separation between runners, in their corrals.

A live broadcast of the event will be streamed online to minimize the number of spectators on the course. Spectators are also welcome to watch at the finish line of Stampede Park, which seats 17,000.

The Calgary Marathon offers a virtual race option, which 1,000 runners have chosen to participate in from across the country. 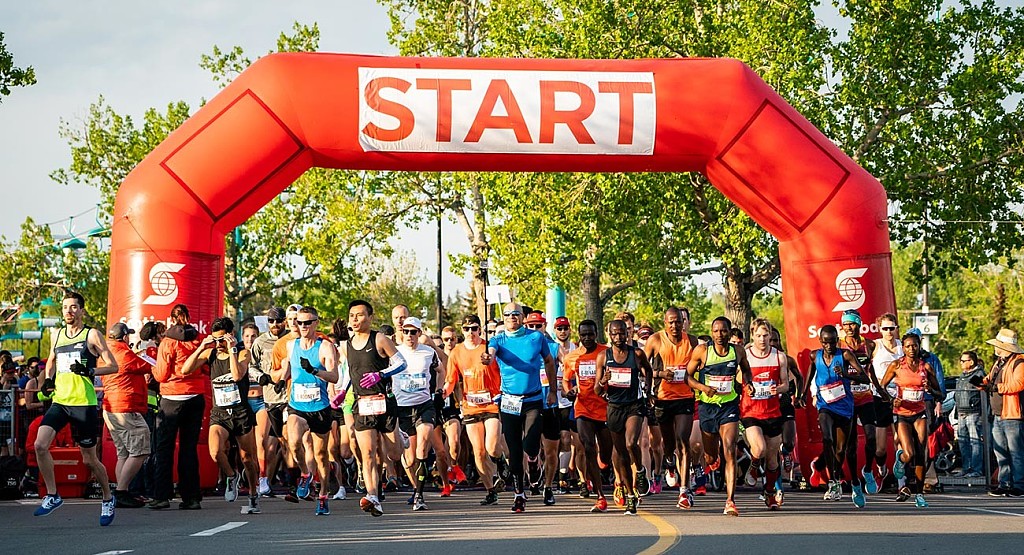 The Calgary Marathon race weekend is going virtual for 2020

Calgary Marathon organizers have announced that the event (which includes a 5K, 10K, half and full marathons and a 50K) will take the virtual route for the 2020 season.

Organizers had postponed the race weekend—which had originally been set for May 31—until the fall, but given the uncertainty of COVID-19, they have decided to go virtual instead. In addition to the marathon race weekend, Run Calgary will hold several other virtual events throughout the rest of 2020. 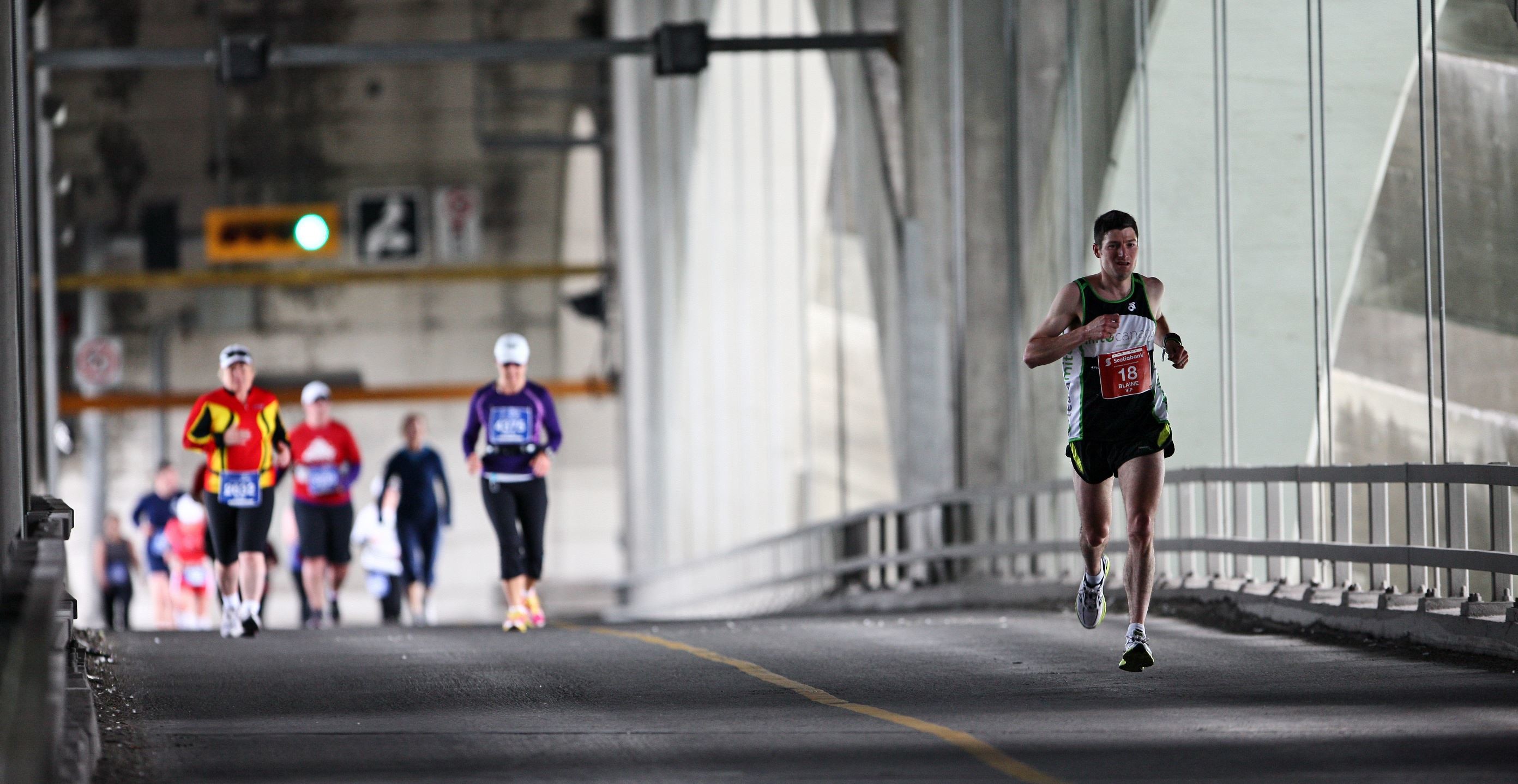 Over 6,000 people have already signed up for the Calgary Marathon Race Weekend, and on May 4, registration will re-open for anyone else who would like to enter the virtual events. Entrants in each of the races will have from May 31 to September 27 to complete their runs. 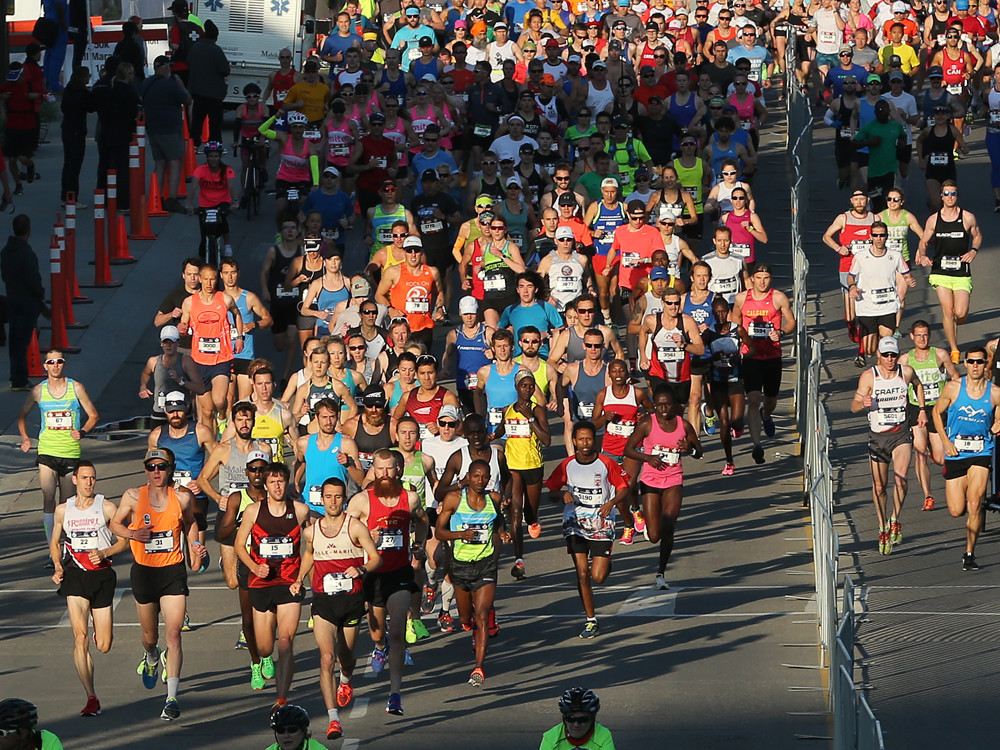 After completion, runners upload their results to the RunKeeper app, where race leaderboards will be compiled. Anyone who had already registered for the race weekend and doesn’t want to compete in the virtual event has the option to defer their run until the 2021, 2022 or 2023 events.

The new virtual race series, which is called the 2020 Run Calgary Virtual Running Festival, features six events. The virtual festival starts with the Calgary Marathon on May 31 and has events throughout the summer and fall until December.

Participants won’t just get to race and see where they stack up against other runners—they will also receive race swag and medals, bibs and finishers’ certificates. Run Calgary organized a virtual event in 2019, well before COVID-19, and it did extremely well, selling out in just three hours. 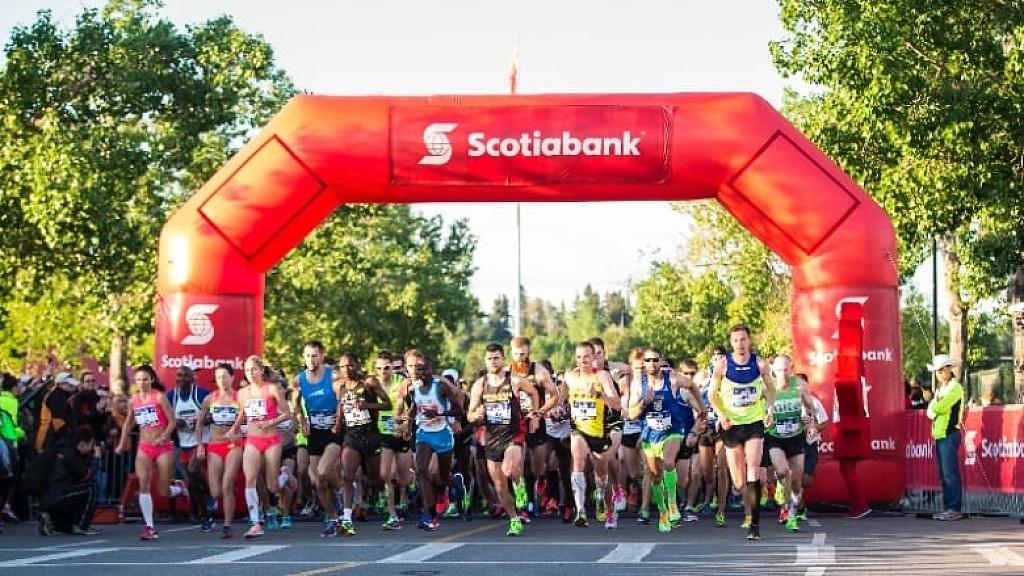 Registration is now open for the 56th running of the Scotiabank Calgary Marathon, which takes place on Sunday, May 31, 2020, and next year’s race weekend will offer an exciting new event: in addition to the very popular 50K ultra, which had 138 finishers in 2019, there will be a 50K relay, in which teams of two to four people can sign up to cover the distance together over four legs that vary from 7.8K to 18.6K.

In addition, Roundup registrants (who race the 5K at noon after completing one of the other distances in the morning) will receive a special Roundup bib and swag item, and finishers’ medals for both events can be combined into one super-medal, introduced in 2019. 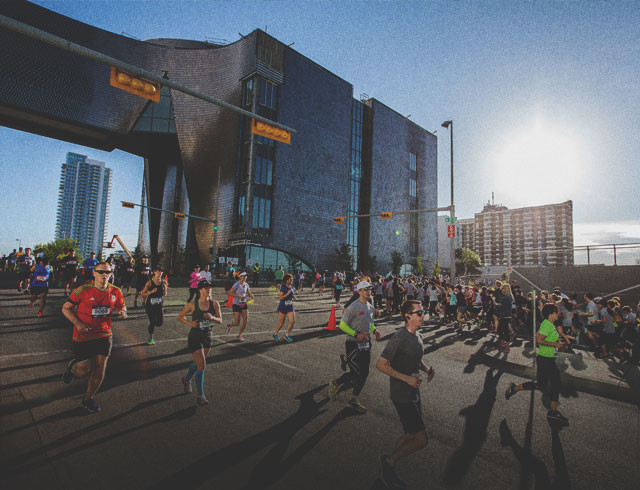 Race distances include the GoodLife Fitness 5K, the Jugo Juice 10K, the Centaur Subaru 21.1K, the Scotiabank Calgary Marathon 42.2K, the 50K Ultra, the 50K Relay and the Scotiabank Kids Marathon, as well as the Roundup, in which runners may race any of the Sunday morning distances in addition to the 5K, which starts at noon. 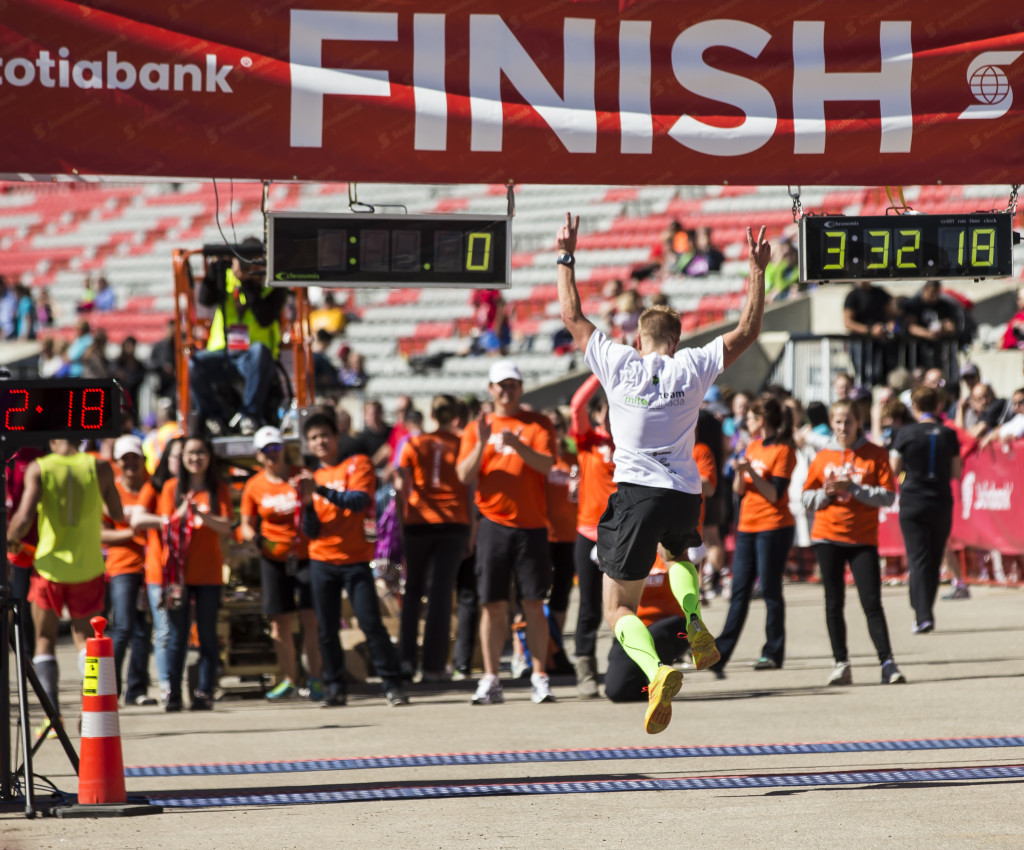 “We launched this quietly last year, as it was something we heard from runners that they were doing already, running the 5K in addition to another distance at our race weekend,” says race director Kirsten Fleming, “and participants wanted it to be official. We didn’t realize how popular it would be, so we really formalized the program this year, streamlining the registration… and they get a special swag item in addition to their two medals (that fit together) and their two shirts.

They will have special bibs that identify them to people and their own package pick up area, and some surprises and delights along the way.”

The 50K relay reprises an event introduced for the race’s 50th anniversary in 2017, which was also Canada’s 150th birthday. It was called  the Confederation 150K, and it was so popular that people have been asking ever since if the race was going to bring back a relay of some kind.

The regular 50K has also been Canada’s national 50K championship since 2014, and many past podium finishers have gone on to represent Canada at the world 50K championships.